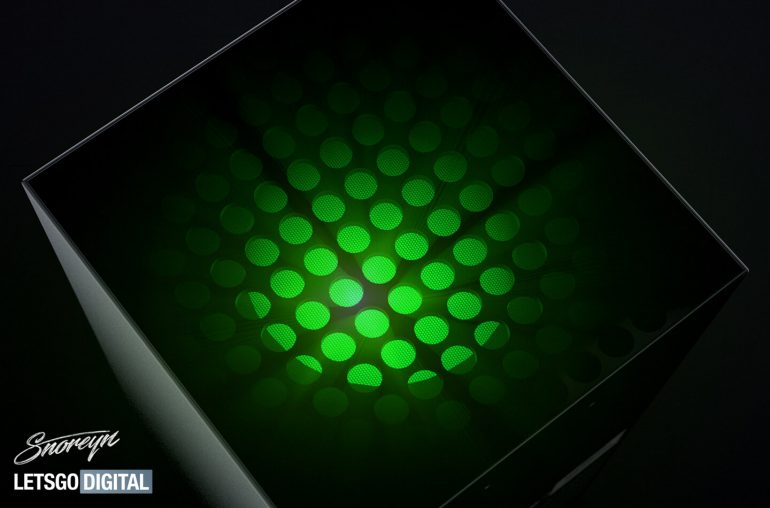 Detailed photos of a prototype console gave us the chance to create new 3D renders of the Xbox Series X, showing the gaming machine in stunning detail.

This year is shaping to be quite exciting for gamers on the console front, as we expect two new generations from the big players – Sony and Microsoft. Both PlayStation 5 and the Xbox Series X will be released during the holiday season this year and after a long trail of information about Sony’s new contender now it’s time to turn our attention to the Xbox Series X. At the end of 2019 Microsoft surprisingly showed a glimpse of the design of the Series X, although we got only the basic shape without any hint on ports or internals.

Shortly thereafter, leaks started to flood the web and images to pop-up from the deep dens of development facilities and now we have a somewhat clearer picture (pun intended) of the Xbox Series X. The new console will sport two USB Type-A 3.0 super-speed ports, an ethernet connection, an HDMI out port (as a primary output to a TV set), an optical audio port and a power supply of course. According to Thurrot, there’s an additional USB-A port on the front, opposite the optical tray.

Compiling all the new information and images, LetsGoDigital created a series of 3D renders of the new console, while our talented associate Giuseppe Spinelli – aka Snoreyn – breathed some life and motion into the static images with a cool video. 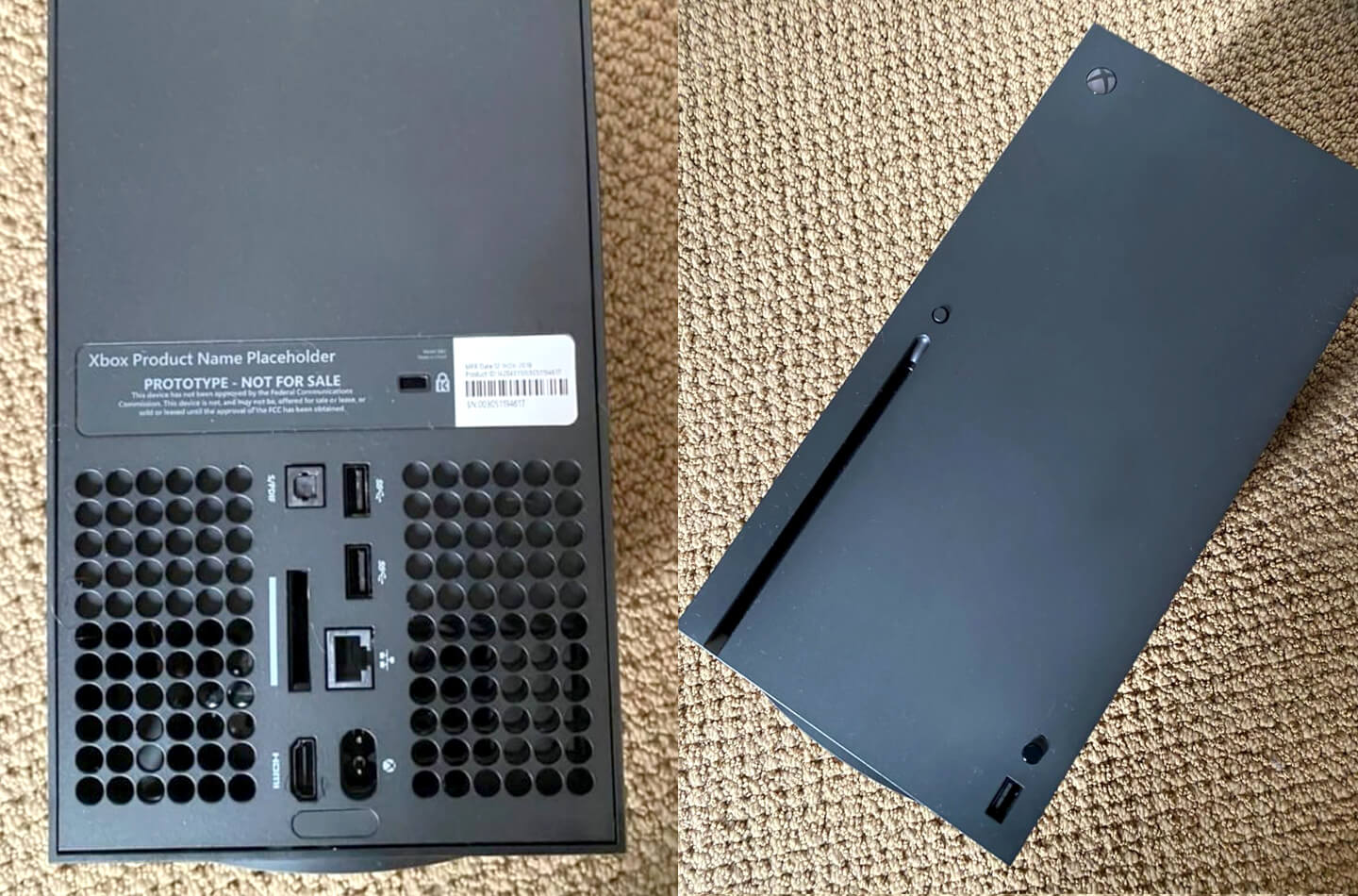 Photos of the prototype console

Just a few hours before our pubilcation went online, two images popped-up into existence, showing the front and back of the Xbox Series X. The detailed images confirmed everything we already suspected and even showed the production date – 12 November 2019 – and the unique barcode among the specs of dust, covering the plastic.

By the time the photos of the prototype surfaced, the rendering process was almost complete and it was nearly impossible to immediately account for new information that have come to light. Some ports, such as the power supply, turned out to be misplaced for example. Snoreyn immediately got to work updating his concept to match the prototype. The resulting 3D renders paint an even more realistic picture of what the Series X looks like at the moment.

There’s, of course, a question mark under these new leaked images and whether they’re legit or not. Judging by the details – dust specs, some wrapping material showing in one of the pictures, production date, and barcode – there is a good chance we’re looking at the real thing. Furthermore, all the necessary ports are in place and everything aligns nicely with the already known information. The images are sharp and it looks like they were not taken in a hurry – the console is carefully put down on both sides – most leaked images are bad quality shots with a lack of focus and details.

Note the “Prototype – not for sale” text on the back. What it means is that certain design and functional elements are subject to change. The long slot next to the power supply port, for example, is most likely meant for debugging purposes and probably won’t be featured in the consumer version of the product. 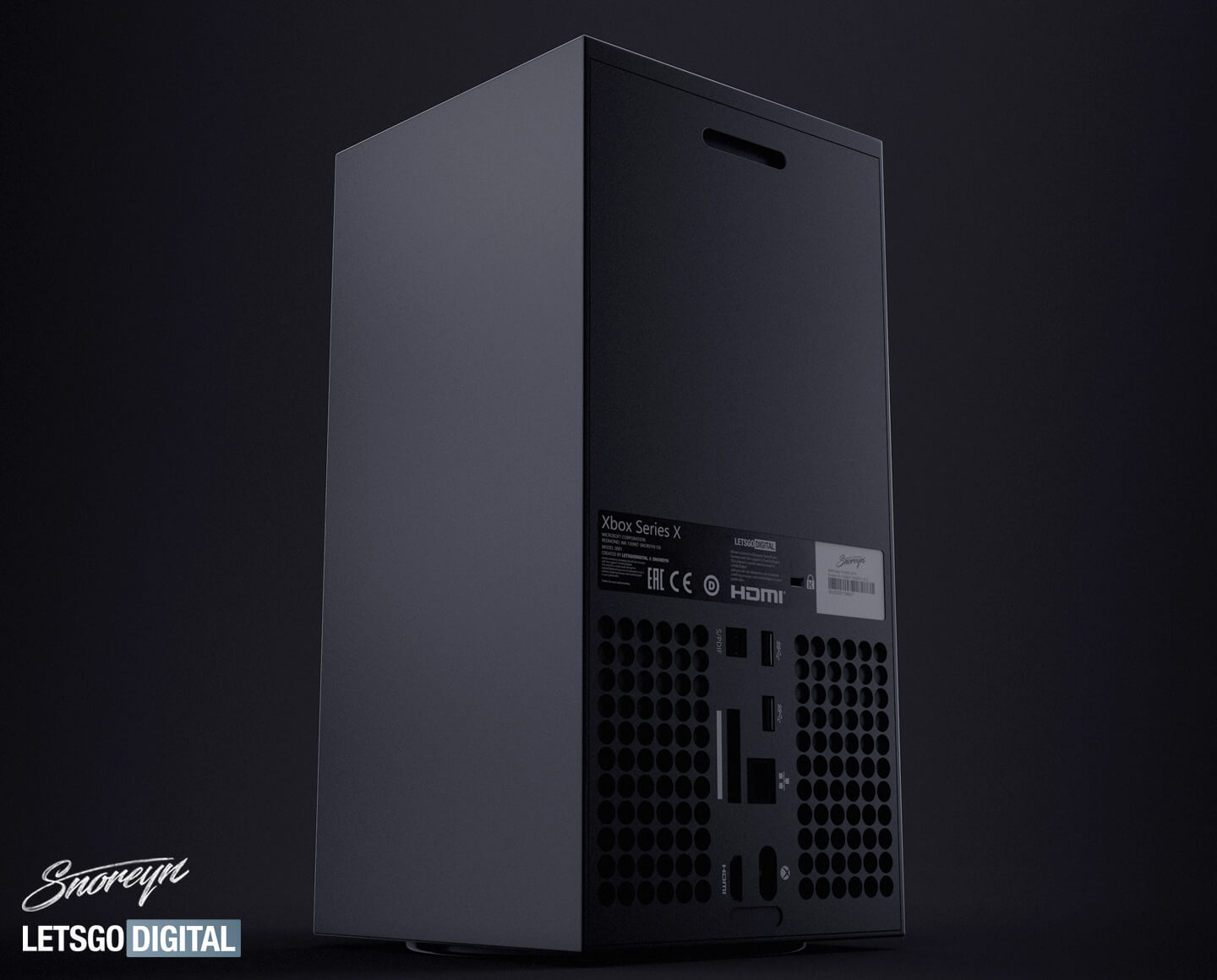 Microsoft’s choice for the USB ports has sparkled lots of heated debates in the tech community. Opting for the older USB-A 3.0 instead of the much faster Type-C is a strange decision. What’s more, the front USB port is probably even 2.0 as the SS label is nowhere to be seen. Obviously, Microsoft considers Type-C adoption rather slow and prefers to stick with a more mainstream option.

The sole HDMI port is another eyebrow-raiser. There’s no HDMI-in port, present in the Xbox One, and thus no option to connect a set-top-box and watch TV on the console. Apparently, Microsoft thinks such set-up is too rare to bother installing the extra port. 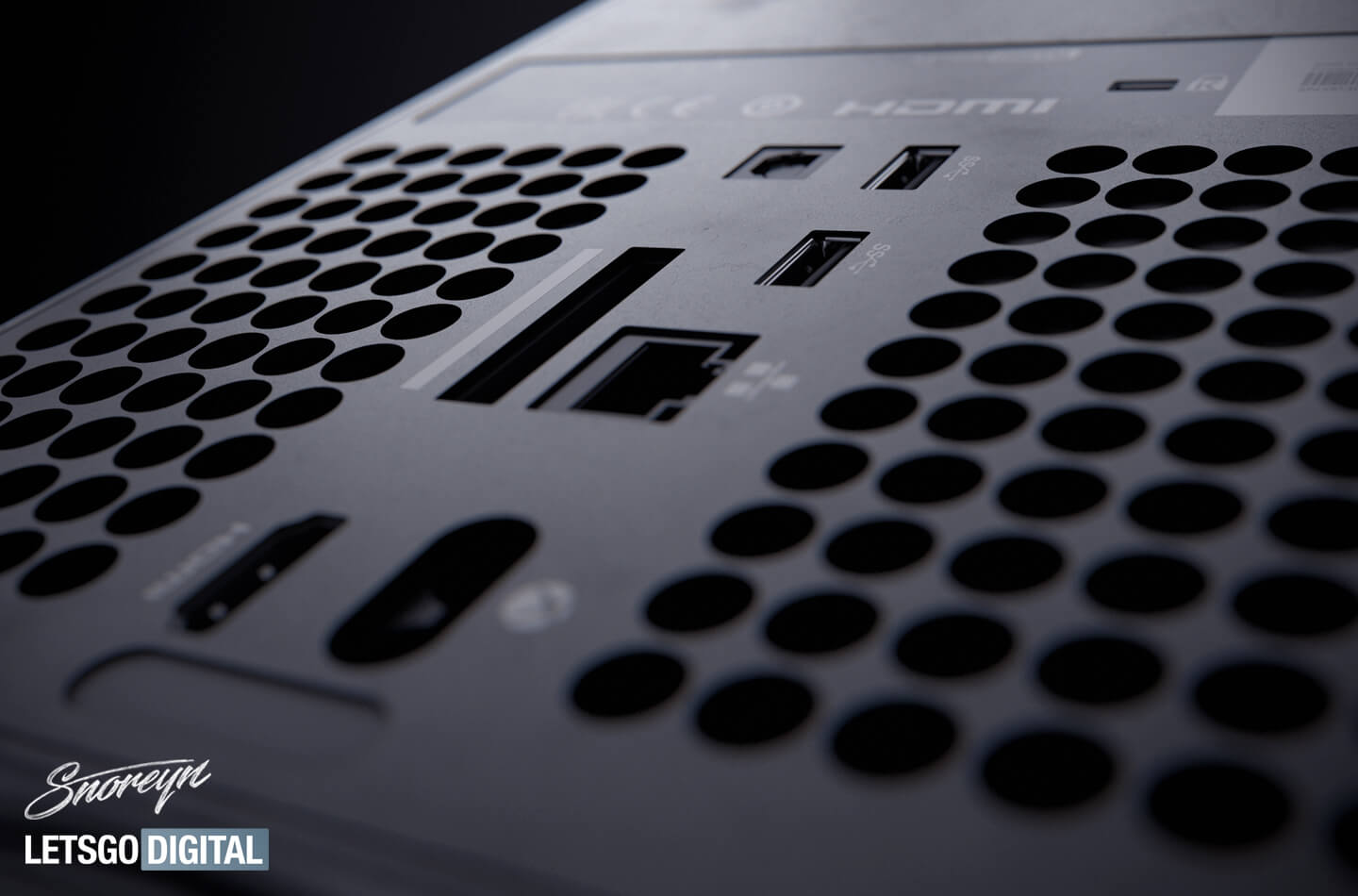 A lot has been written about the expected specs of both consoles and although they’ll probably match each other in performance, we believe Xbox Series X will have a slight edge over the PS5. As a result, Microsoft’s console could turn out more expensive than the PlayStation 5. The latter will probably receive a retail price around the € 500 mark, which means the Series X might be a tad more – 550 to 600. There’s a good chance both consoles will match each other price-wise as well, given the almost simultaneous release at the end of 2020.

It looks like Sony is doing a better job at the marketing department as PlayStation 5 is gathering significantly more attention than the new Xbox. The new PS5 logo, revealed earlier this month, is shared much more often on social media than the design of the Xbox, shown during The Game Awards at the end of 2019. 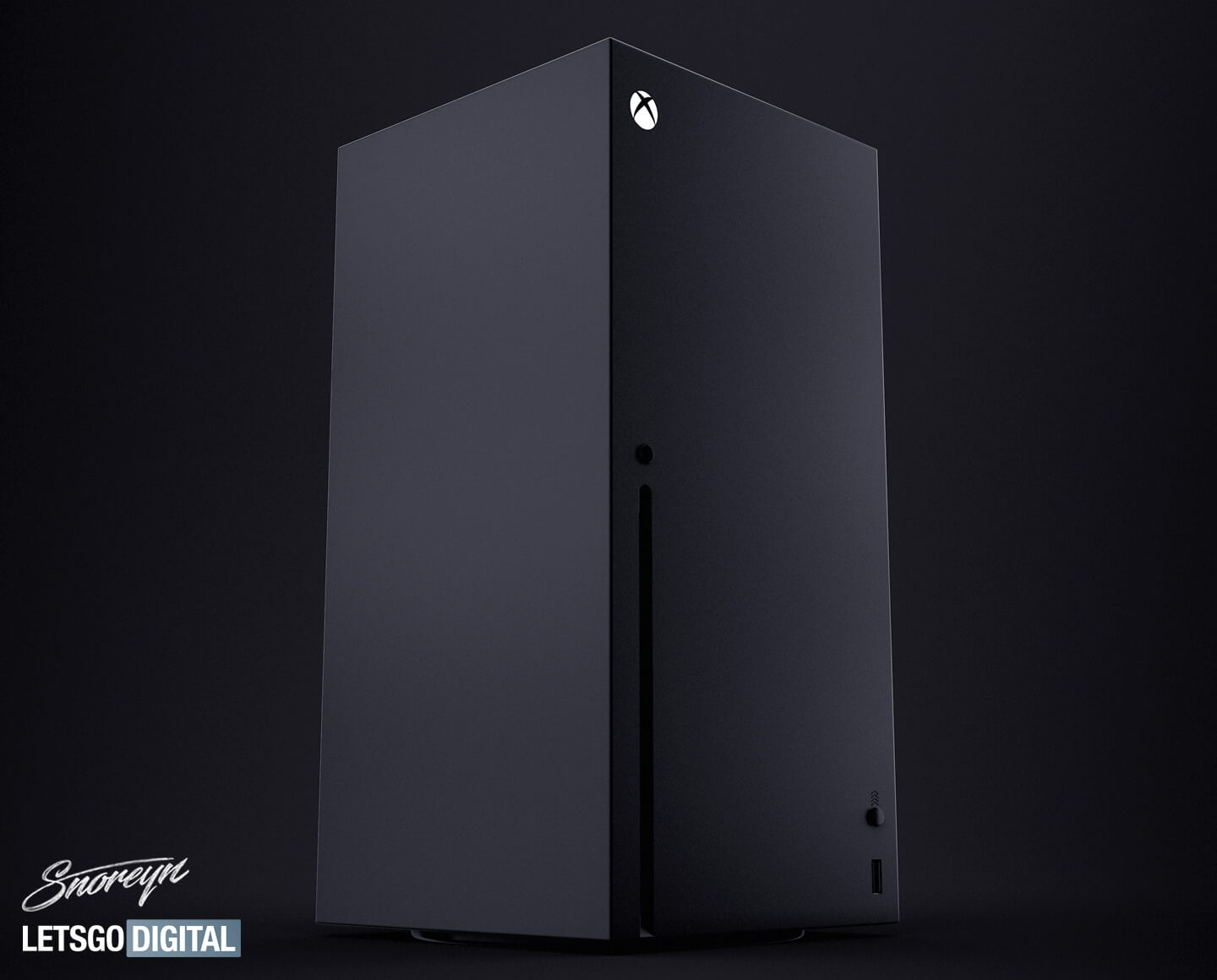 There’s another big difference between Sony and Microsoft which can affect gamers much more than social media stunts. It appears that Microsoft won’t focus on exclusive game titles with its new console, opting for a broader cross-play and backward compatibility options. Series X games will be playable on the Xbox One and also on Windows PC, creating a wider gaming community.

Sony, on the other hand, relies on a more conventional approach, tested through many console generations. PlayStation always had better exclusives than the Xbox and this is the main reason for the Japanese console to outsell its competitor. After all, better hardware doesn’t count for much when there’s nothing interesting to play on it. It will be very interesting to see which business strategy will turn more successful this time and will the Series X give the PS5 a run for its money. 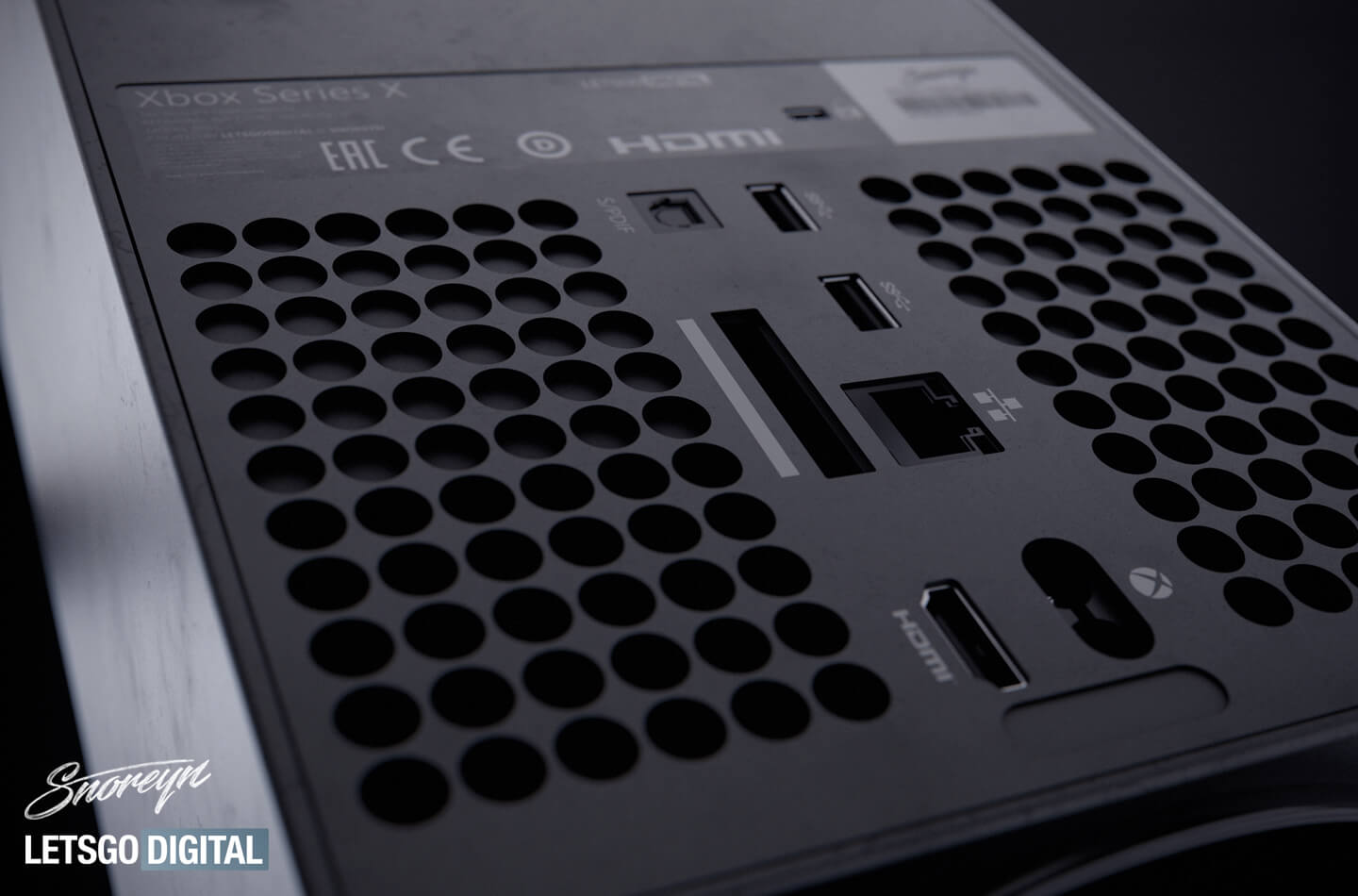 There’s also a different approach to the so-called mid-generation consoles. It looks like Microsoft will release a more affordable version of the Series X – possible name Series S – as a successor to the One S. It won’t sport an optical drive much like the One S All Digital Edition. This cheaper version might be released along with its bigger brother but probably its debut will be postponed for a later date.

Sony will stick to the “Pro” strategy it tested with the PlayStation 4 generation and release an updated version – the PlayStation 5 Pro – sometime in 2023 with a PSVR 2 release in-between.

Both consoles are almost a year away from hitting the market but the official announcements could happen much sooner, especially with all the current leaks happening. Sony has scheduled a PlayStation Meeting next month and we believe PlayStation 5 will be revealed on 5 February during the event. Microsoft will probably wait until June and save the bells and whistles for the E3 2020. Whichever the case, exciting times ahead for the console gaming! 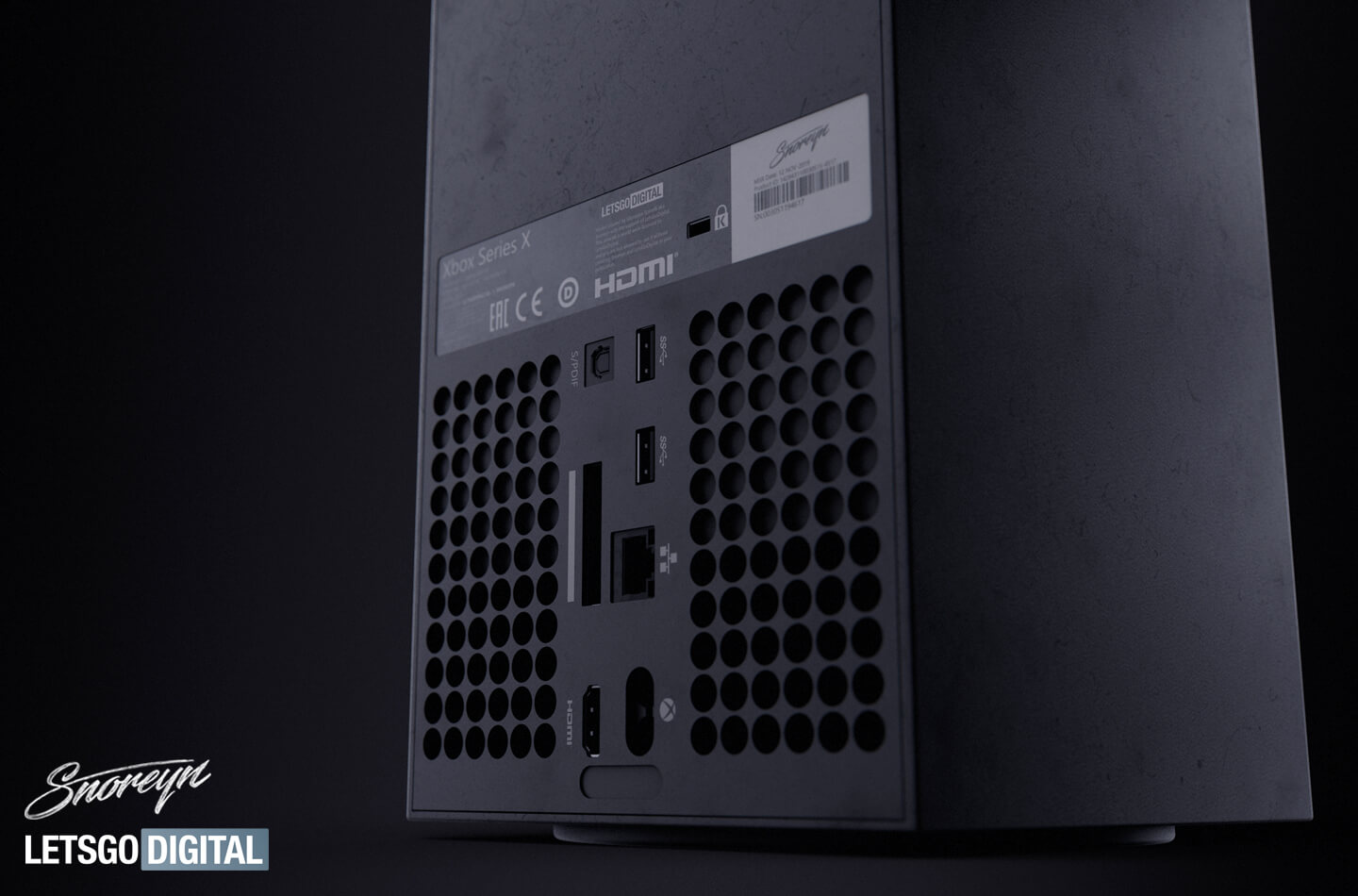 Note to editors: The 3D renders presented in this publication are copyright protected and designed by Giuseppe Spinelli (aka Snoreyn) and licensed to LetsGoDigital. Snoreyn is a professional Italian graphic designer who creates state-of-the-art 3D visualizations. You can use his artwork for free, as long as you include a clickable source link into your publication. The video can be used for any online publication by embedding the YouTube script. It is forbidden to copy the movie on your own channel / server. Thank you very much for understanding.