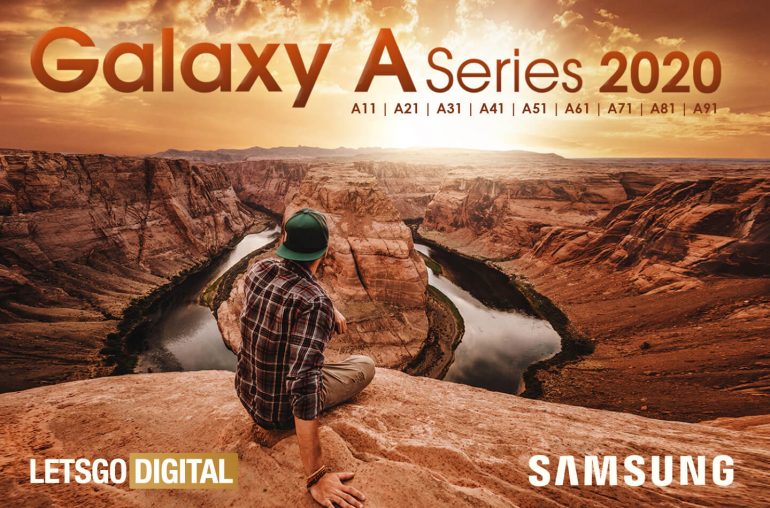 The Samsung Galaxy A-series has become increasingly popular, the line-up consists of some interesting budget and midrange smartphones. In 2019, Samsung released a large number of new A-series models, from the Galaxy A10 to the A80 – and all dozens in between. The question remains; how will the Samsung A-series smartphones be called in 2020. A total of 9 new trademark fillings may give us some more insight on this matter, as was first reported on our Dutch edition earlier today.

On July 29, 2019, Samsung Electronics filed no fewer than nine trademarks with the EUIPO (European Union Intellectual Property Office). All nine relate to the Galaxy A-series. These are the model names recorded: Samsung A11, A21, A31, A41, A51, A61, A71, A81 and finally the Samsung A91.

All trademarks are categorized as Class 9, with the description; “Smartphones; mobile phones; tablet computers ’. The applications were submitted by Abril Abogados from Madrid, Spain. This company has acted on behalf of Samsung Electronics more often, earlier this month the same company also filed a trademark for Samsung LED Illuminated. 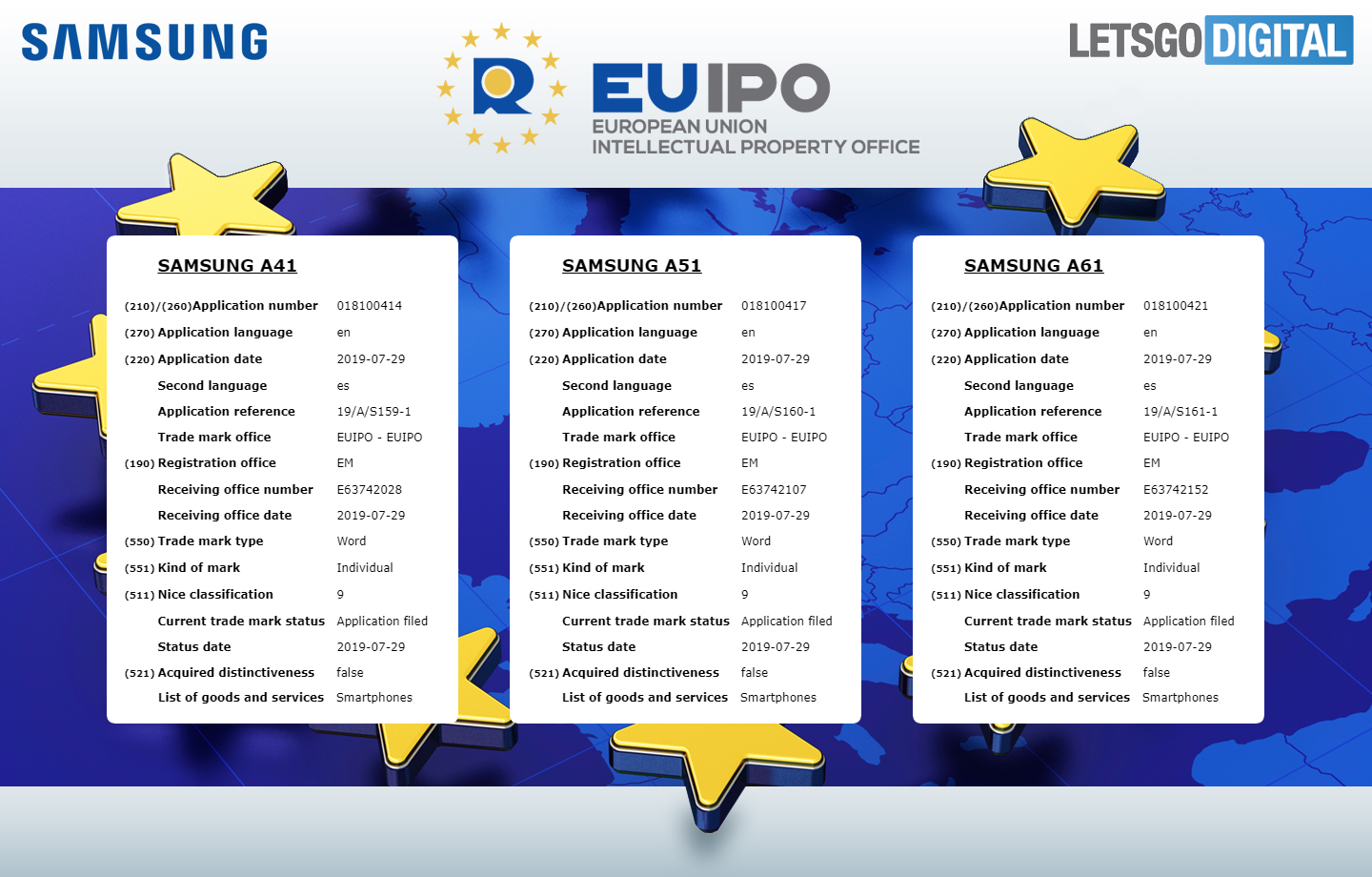 In case you wonder why the name ‘Galaxy’ is not filed, this happens more often. Sometimes the same trademark with the word Galaxy will be filed at a later stage. But since this trademark already belongs to Samsung, this is not necessarily the case. 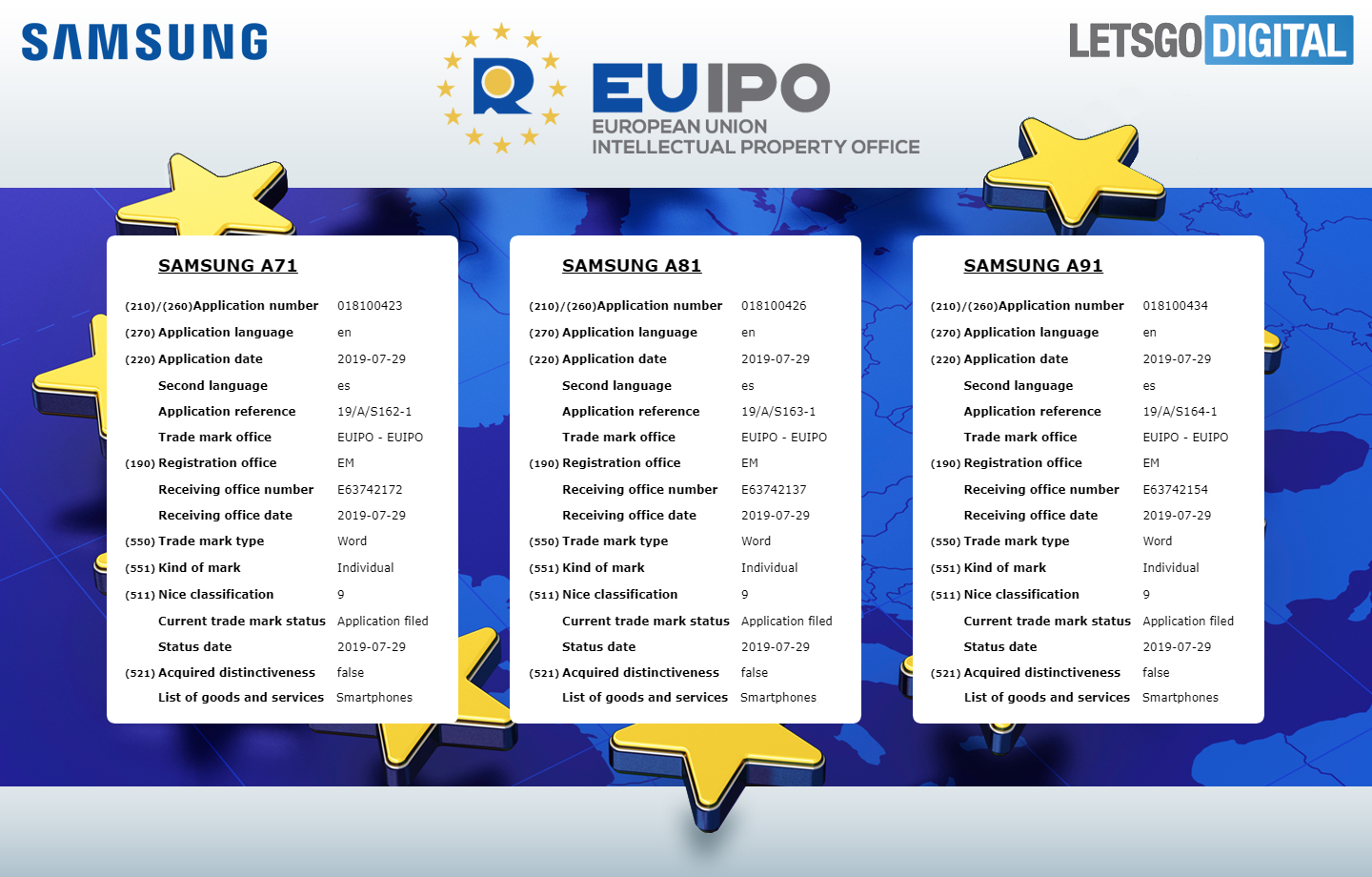 For now it’s unknown when which model will be launched. The Galaxy A30 and A50 were the first 2019 models, these phones were introduced in February. It could be possible that Samsung will first choose to release the A31 and A51, but this is purely speculative.

Before an A-series 2020 smartphone is revealed, Samsung will first announce its Galaxy Note 10 series. The Galaxy Unpacked Event is planned for 7 August 2019, where both the Note 10 and the Note 10 Plus are expected. Presumably both smartphones will be released as a 4G and a 5G model. 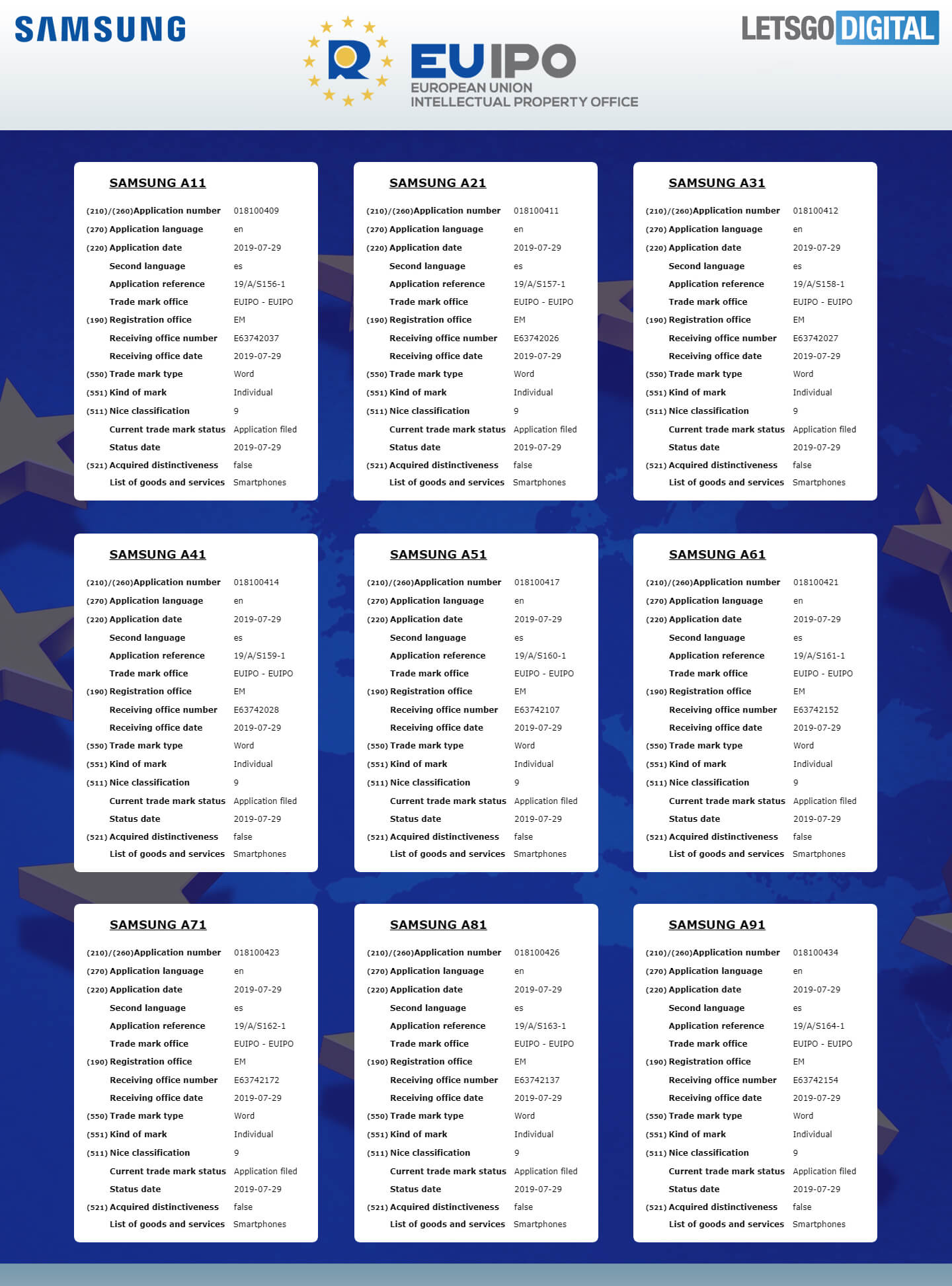