Although it will take more than a month before Samsung will announce the new Galaxy Z Fold 3 and Galaxy Z Flip 3, a lot is already known about the expected foldable smartphones from Samsung. Many details of both models have recently appeared online, both in the form of technical specifications and product images. Presumably, however, Samsung will announce another model, on which no information has yet appeared online; the Samsung Galaxy Z Flip 3 Thom Browne.

Last year, simultaneously with the Galaxy Z Flip, a Limited Edition was announced designed in collaboration with American fashion brand Thom Browne. Due to the enormous success Samsung may have plans to launch a new Limited Edition of the expected clamshell phone. It is expected that a Galaxy Z Fold 3 Thom Browne edition will also be announced, but for this publication we will limit ourselves to the Flip variant. 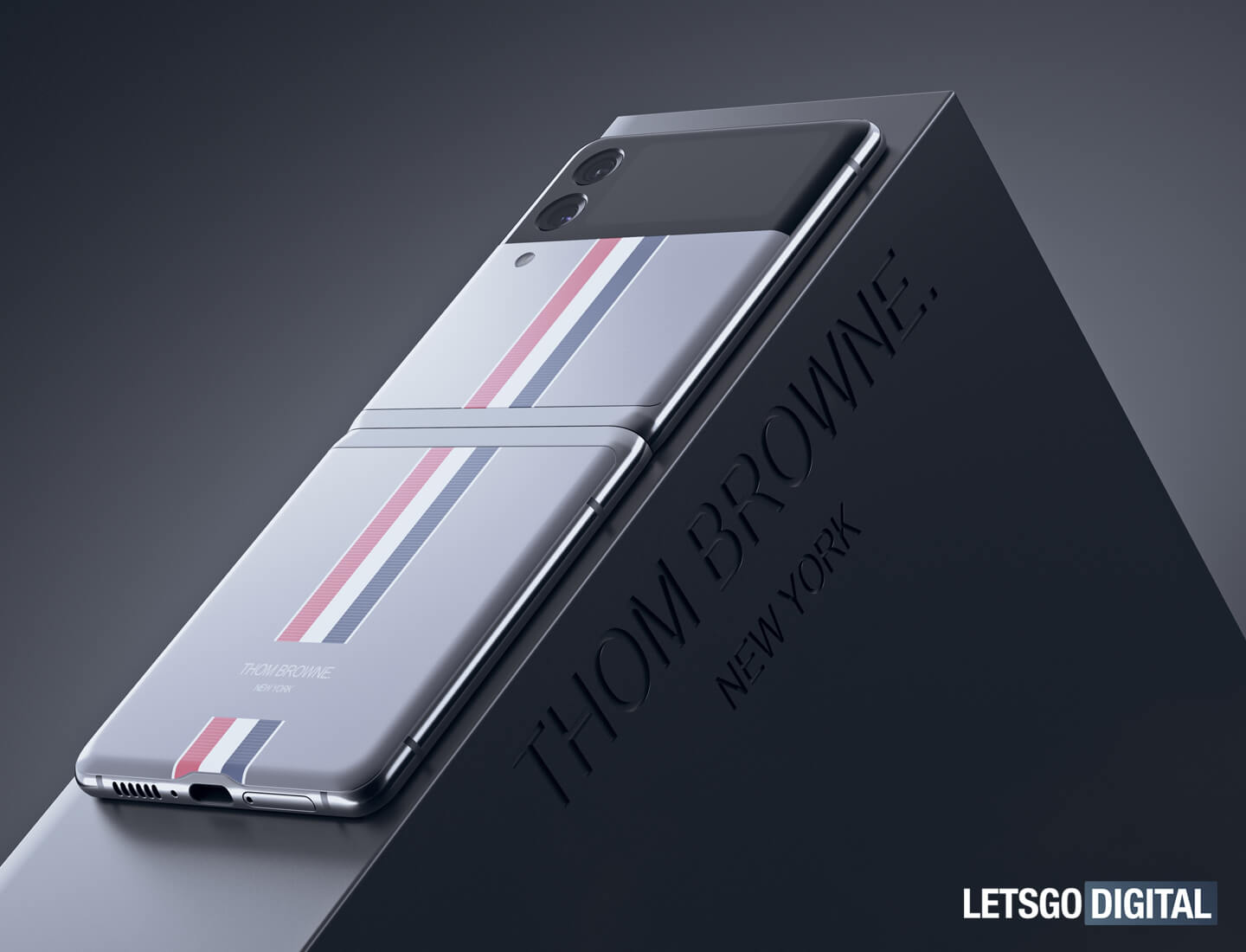 To take a closer look at the Z Flip 3 Thom Browne edition, Italian graphic designer Giuseppe Spinelli, aka Snoreyn, has created a 3D visualization based on the anticipated Z Flip 3 and the already available Z Flip Thom Browne edition. The 4K and 8K renders are for illustrative purposes only and may differ from the final product. Take a look at our Dutch edition for additional renders and the complete coverage about the Samsung Galaxy Z Flip 3 Thom Browne Edition.

The model designed by Giuseppe has a matt gray housing. The characteristic tri-color stripe is of course also included in the renewed design. The red/white/blue stripe runs over the entire back up to the camera system.

Unlike the previous model, the Samsung Z Flip 3 will get a dual-tone design. The camera and the cover screen are covered by a black glass plate – regardless of the color variant. Due to this design change, the tri-color stripe is also a bit shorter this time. Of course the Thom Browne logo is also included in the design.

The classic and stylish smartphone will most likely arrive with a range of other Galaxy products to match – think of the Galaxy Watch 4 and the Galaxy Buds 2 earbuds. Both products are expected to be unveiled simultaneously with the foldable smartphones. All these products together will be delivered in a luxury sales packaging. 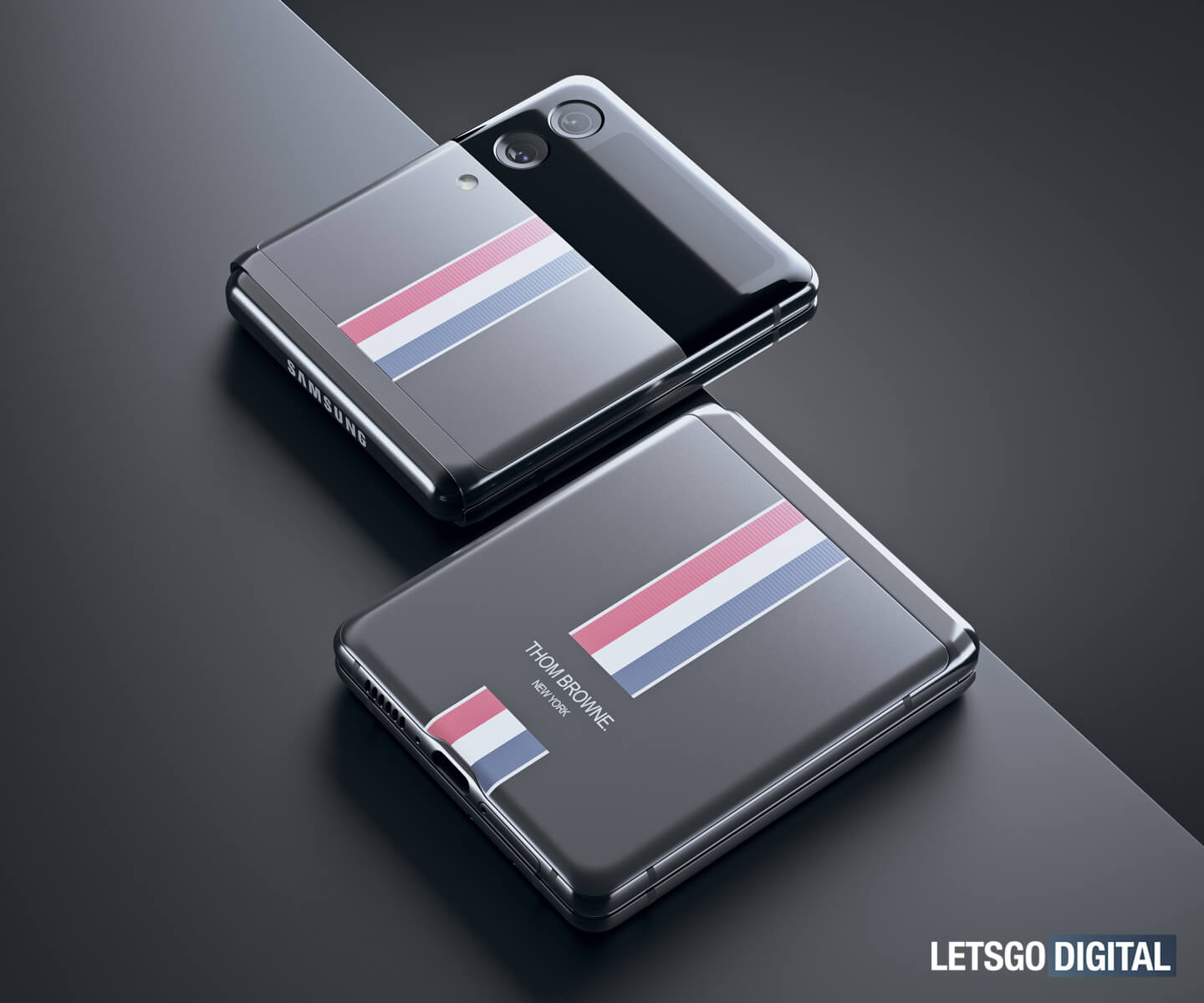 Logically, it is not only the exterior that will be modified. Although the functions of the Limited Edition version will be identical to the regular Samsung Z Flip 3, software adjustments will be made. For example, the previous model came with special app icons that were displayed in a classic font. In addition, special themes were pre-installed, exclusive Thom Browne wallpapers were made available and users were given access to an exclusive Thom Browne app. Even the sound signals were adjusted.

Samsung is expected to organize a Galaxy Unpacked 2021 event on August 11. During this event, Samsung will introduce its new foldables, the Galaxy Watch 4 (Classic), the Galaxy Buds 2 and perhaps also the Galaxy Tab S8 tablet series. The Galaxy S21 FE is expected to arrive a bit later, due to chip shortage. 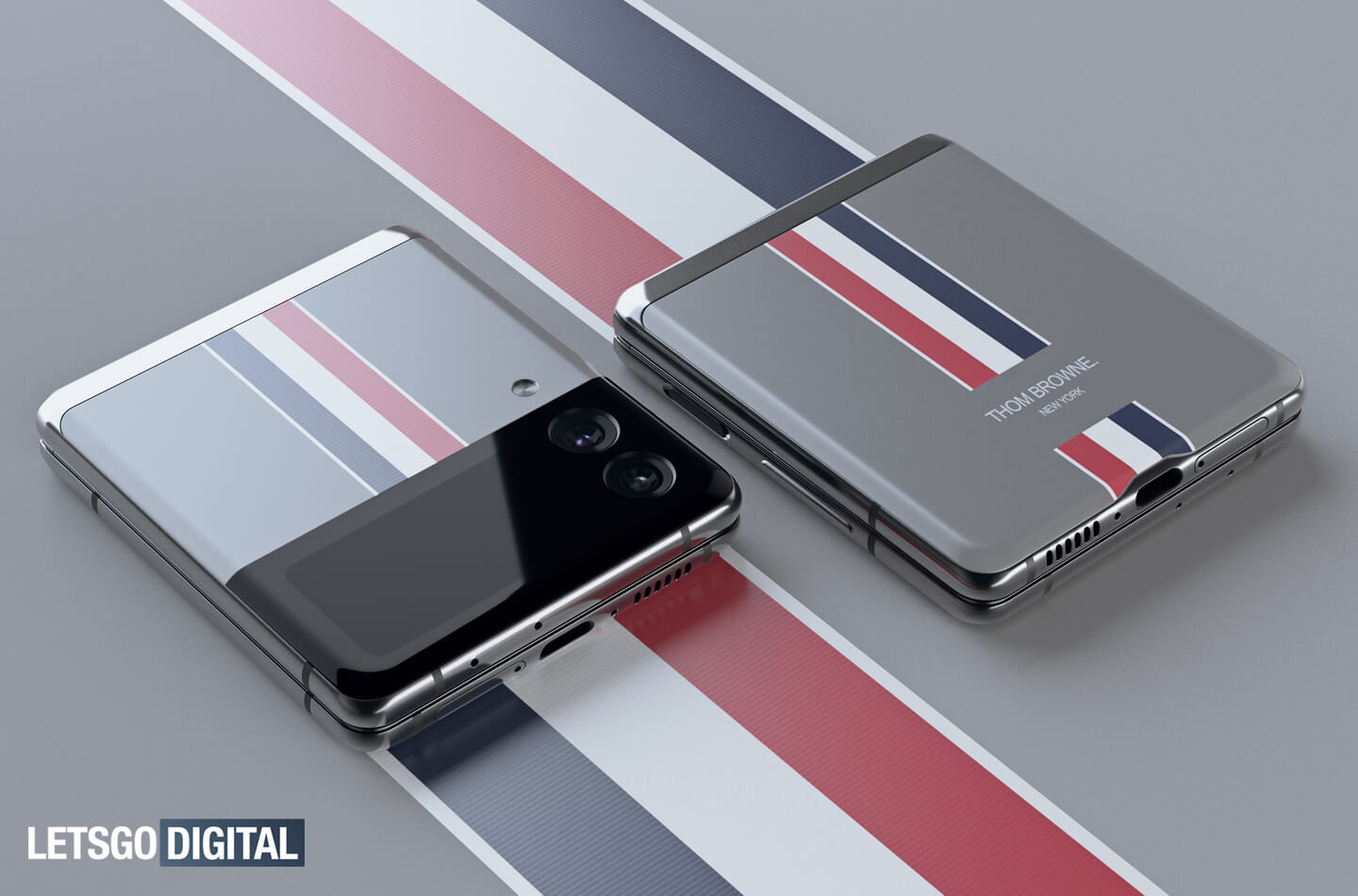 Note to publishers : The product renders in this article are created by in-house graphic designer Giuseppe Spinelli (aka Snoreyn) and are for illustrative purposes only. The Galaxy Z Flip 3 Thom Browne edition is visualized based on rumors and speculations. This product has not yet been officially released by Samsung Electronics, but will most likely be introduced during the Galaxy Unpacked 2021 event on August 11. You can use the copyrighted images for your own website, YouTube and/or social media channels, but please be so respectful to include a clickable source link into your publication.