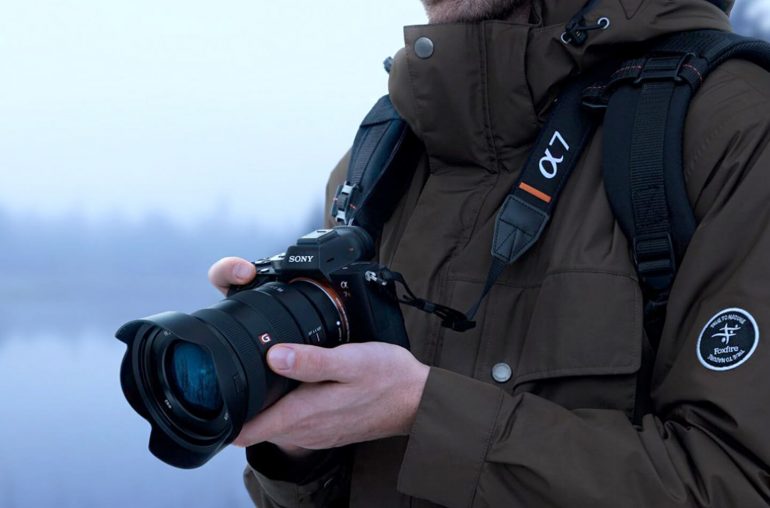 Sony just announced a new full-frame system camera. The Sony Alpha 7R III (model ILCE-7RM3) will succeed the two year old A7R II . This professional camera has been very popular because of its rear-illuminated full-frame sensor and its 4K capabilities. The new Alpha 7R III is a compact camera with an improved sensor and an impressive continuous-shooting mode of 10fps.

The new Sony A7R III also features a new front-end LSI that doubles the readout speed of the image sensor, as well as an updated BIONZ X processing-engine that boosts processing speed by approximately 1.8 times compared to the A7R II. These powerful components work together to allow the camera to shoot at faster speeds while also enabling its impressive ISO range of 100 – 32000 (expandable to ISO 50 – 102400 for still images) and massive 15-stop dynamic range at low sensitivity settings.

This new full-frame model was built without an optical low pass filter to maximize resolution, while also having the ability to output 14 bit RAW format even when shooting in silent or continuous mode. The camera is equipped with an innovative 5-axis optical image stabilization system that has been fine-tuned to support its high-resolution shooting capacity, resulting in a 5.5 step shutter speed advantage. It´s the world’s highest compensation performance for an image stabilization system. There is also a new low-vibration shutter that reduces vibration and image blur in all modes, including the high speed 10 fps shooting, as well as several advancements in accurate color reproductions of skin tones.

The innovative new Sony α7R III full-frame mirrorless camera is equipped with a refined image processing system that allows it to shoot full 42.4MP images at up to 10 fps with continuous, accurate AF/AE tracking for up to 76 JPEG / RAW images or 28 uncompressed RAW images. This high speed 10 fps mode is available with either a mechanical shutter or a completely silent shooting, adding to the immense flexibility of the camera.

The camera can also shoot continuously at up to 8 fps in live view mode with minimal lag in the viewfinder or LCD screen. These high speed options ensure that fast moving subjects can be captured with accuracy and incredible image detail.

For added convenience, while large groups of burst images are being written to the memory card, many of the cameras key functions are operable, including access to the ‘Fn’ (Function) and ‘Menu’ buttons, image playback and several other menus and parameters including image rating and other functions that facilitate on-location image sorting.

Additionally, if there is fluorescent or artificial lighting present in a shooting environment, users can activate the Anti-flicker function to allow the Alpha 7R III to automatically detect frequency of the lighting and time the shutter to minimize its effect on images being captured. This minimizes any exposure or color anomalies that can sometimes occur at the top and bottom of images shot at high shutter speeds. 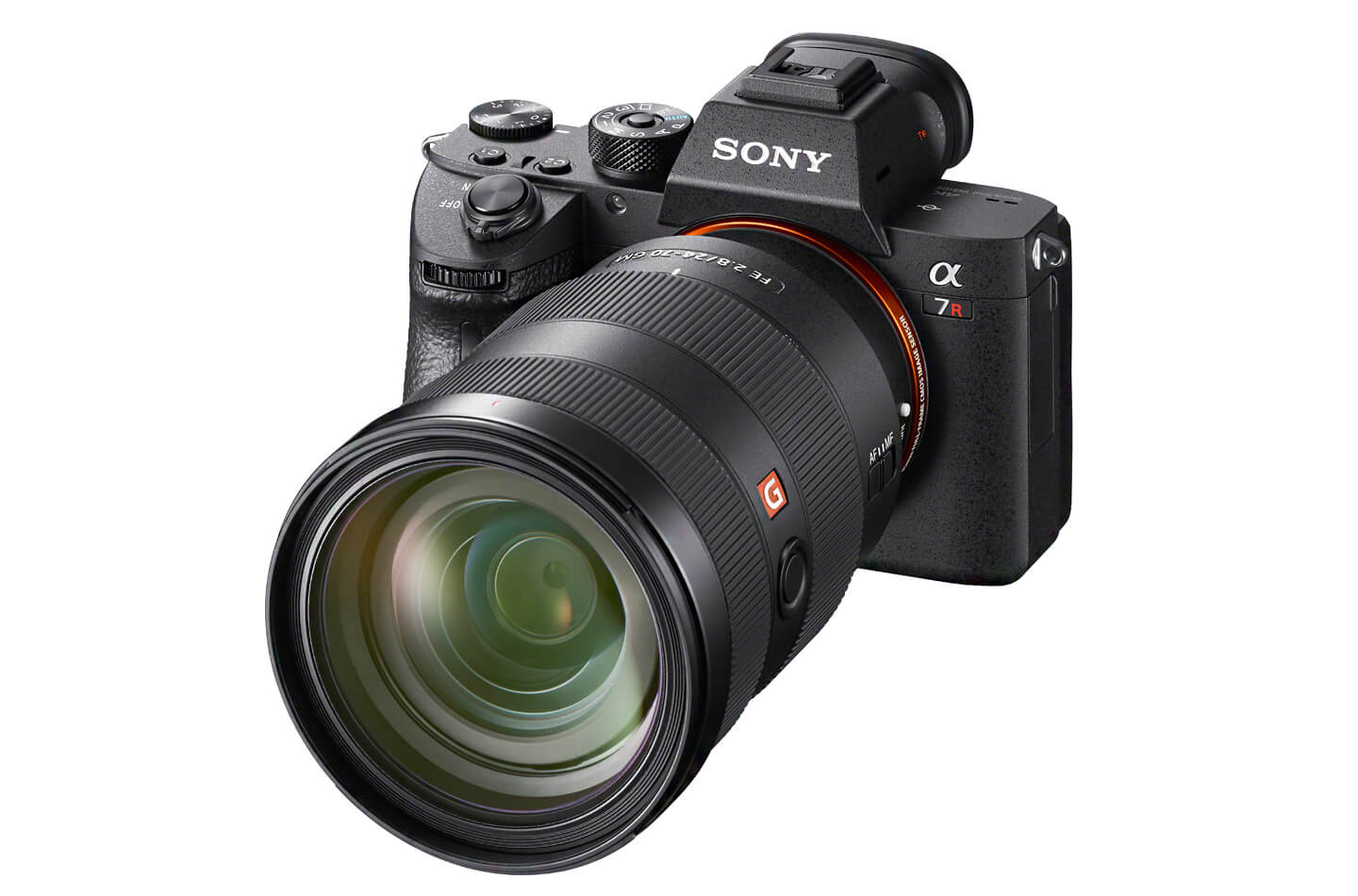 The upgraded focusing system of the Sony A7R III is comprised of 399 focal-plane phase-detection AF points that cover approximately 68% of the image area in both the horizontal and vertical directions. There is also 425 contrast AF points, an increase of 400 points compared to the A7R II. This advanced system delivers AF acquisition in about half the time as the A7R II in low-light conditions, with tracking that is approximately two times more accurate as well. The acclaimed Eye AF feature is also approximately two times more effective, and is available when utilizing Sony’s A-mount lenses with an adapter.

A new HLG (Hybrid Log-Gamma) is available on the A7R III that supports an Instant HDR workflow, allowing HDR (HLG) compatible TV’s to playback beautiful, true-to-life 4K HDR imagery. Further, both S-Log2 and S-Log3 are available for increased color grading flexibility. The camera can also record Full HD at 120 fps at up to 100 Mbps, allowing footage to be reviewed and eventually edited into 4x or 5x slow motion video files in Full HD resolution with AF tracking.

Sony’s newest full-frame camera is equipped with a variety of enhanced capabilities that give it a true professional operational style. These include dual media slots, with support in one slot for UHS-II type SD memory cards. Users have a variety of options for storing their content, including separate JPEG / RAW recording, separate still image / movie recording, relay recording and more. Battery life has been greatly extended as well, as the new camera utilizes Sony’s Z series battery that have approximately 2.2 times the capacity of the W series battery utilized in the Alpha 7R II. 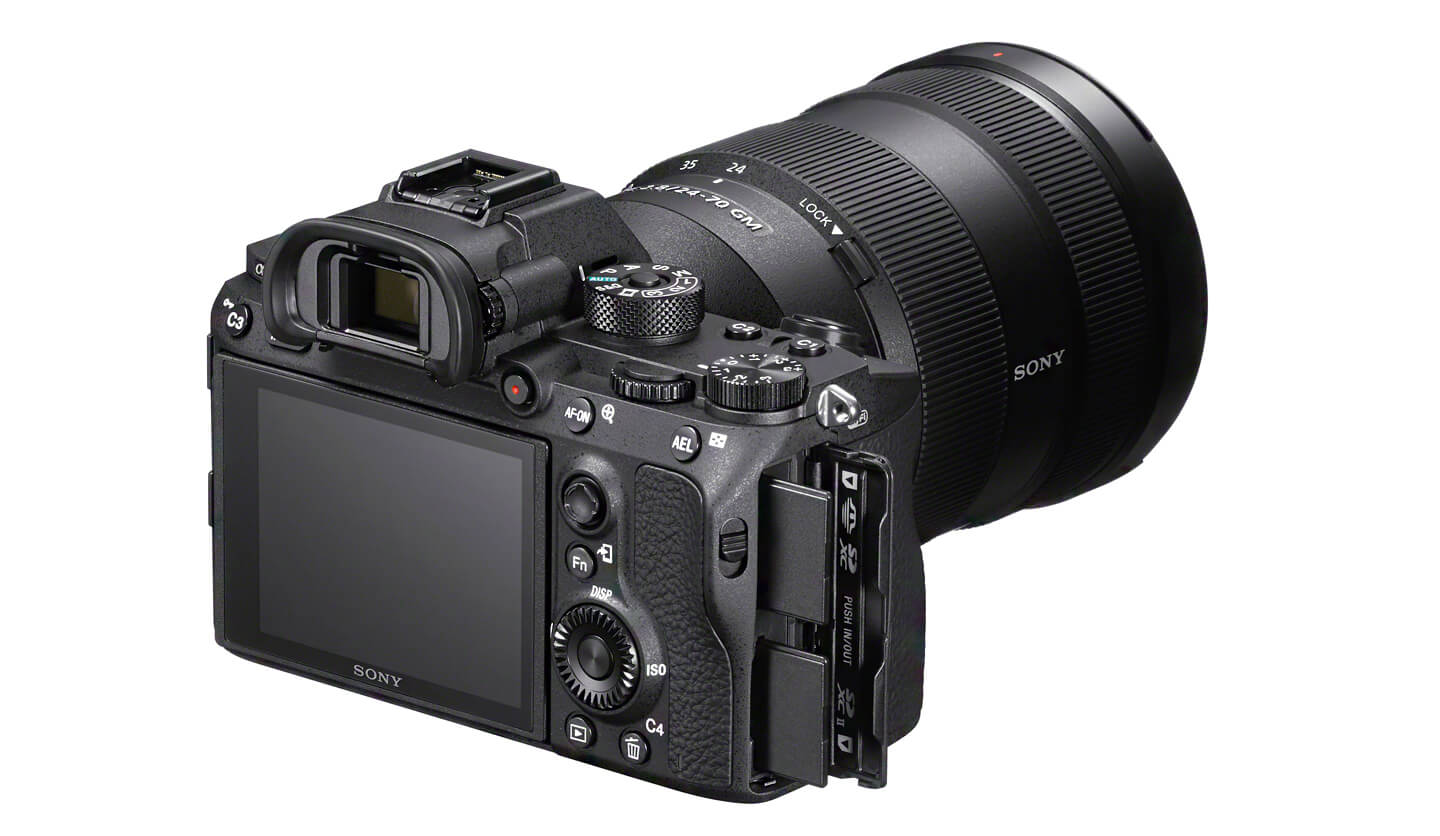 The Sony A7R III features an upgraded high-resolution, high-luminance Quad-VGA OLED Tru-Finder with approximately 3,686k dots for extremely accurate, true-to-life detail reproduction. The Tru-Finder, also found in the acclaimed Sony A9 camera, utilizes a ZEISS T* Coating to greatly reduce reflections, and has a fluorine coating on the outer lens that repels dirt. It also has a customizable frame rate, with options of either 50 fps or 100 fps to best match the action.

The LCD screen has been upgraded as well, with a resolution of 1.44M dots and WhiteMagic technology that improves viewing in bright, outdoor conditions. “Standard” or “High” display quality settings are also available for both the viewfinder and monitor as well. “High” takes advantage of the large amount of data read from the 42.4MP sensor to provide extra fine viewfinder and monitor displays for a more natural view.

The new camera also offers a multi-selector joystick that provides a fast, efficient way to shift focus points, as well as an ‘AF ON’ button to activate autofocus when shooting stills or movies.

The new Sony A7R III allows for convenient transfer of files to a smartphone, tablet, computer or FTP server via Wi-Fi, while also including a sync terminal, enabling external flash units and cables to be connected directly for convenient flash sync. A SuperSpeed USB (USB 3.1 Gen 1) USB Type-C Terminal is also available for increased flexibility in power supply or connected accessories, as well as a faster image transfer speed when connected to a PC. 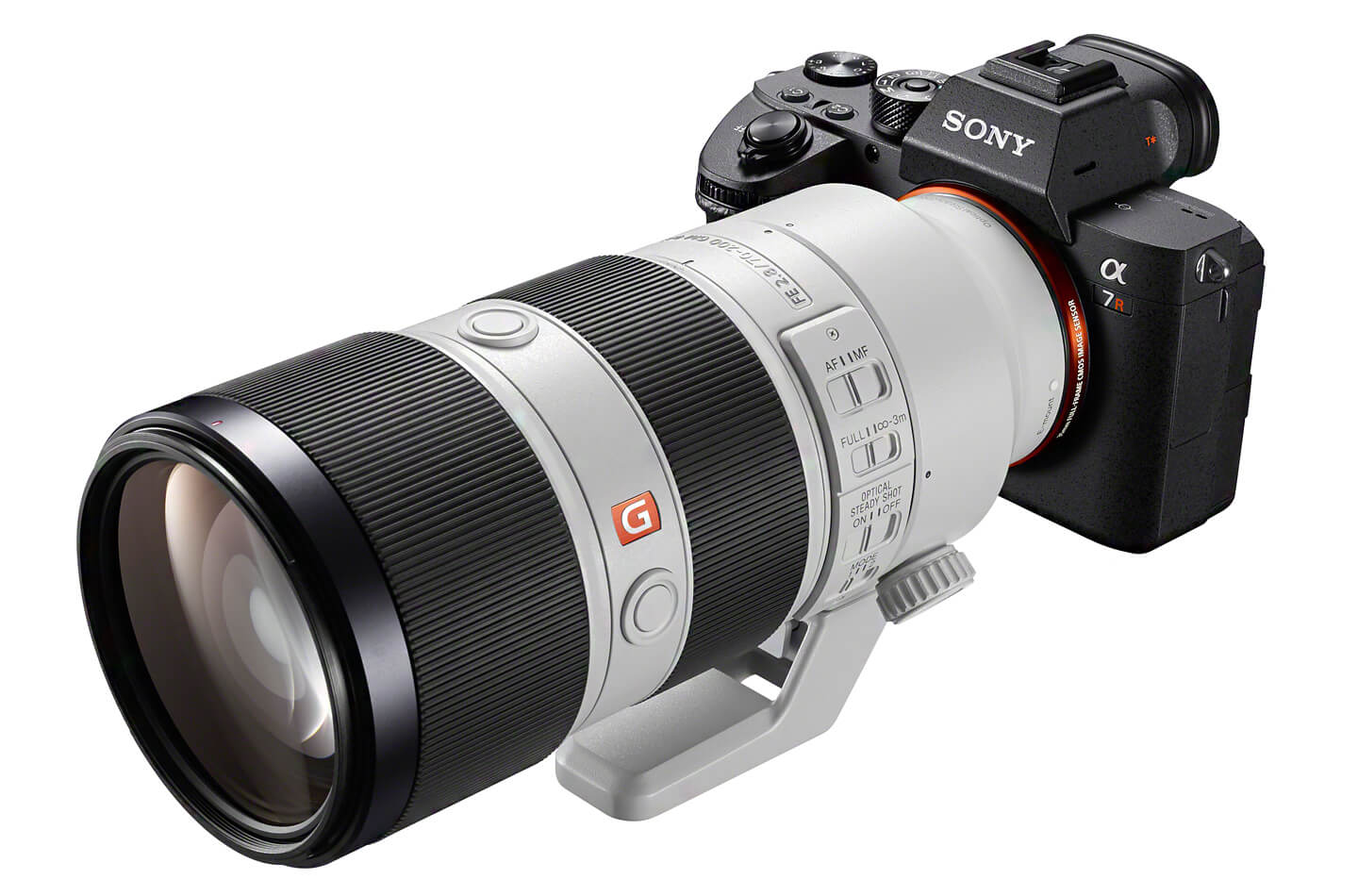 These four images can be composited together and processed utilizing the new “Imaging Edge” software suite. This ultimately results in a still image with overwhelming resolution and an unprecedented level of color accuracy, and is ideal for photographing architecture, art or any other still life photography subject with many intricate details and colors.