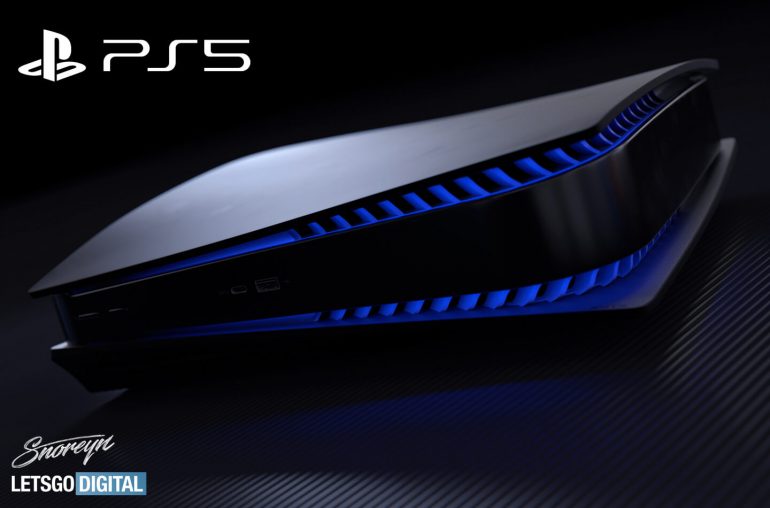 The PS5 and PS5 Digital Edition have been officially announced in black/white. This is how a complete Black version looks like including DualSense controller.

Earlier this month, Sony officially announced the PlayStation 5. Finally the console design is known, Sony has also announced a large number of new game titles as well as a range of optional accessories. And not unimportant, Sony will also release a PlayStation 5 Digital Edition, as a cheap version without an optical drive. Under the slogan “Play has no limits”, the strongly renewed game console will be released during Holiday 2020.

Since the official release in mid-June, the news about the PS5 has continued unabated. Many more details have already become known about the PS5 games. Obviously, there is also much speculation about the price of the new game console and also the renewed design is still a widely discussed subject on the internet. 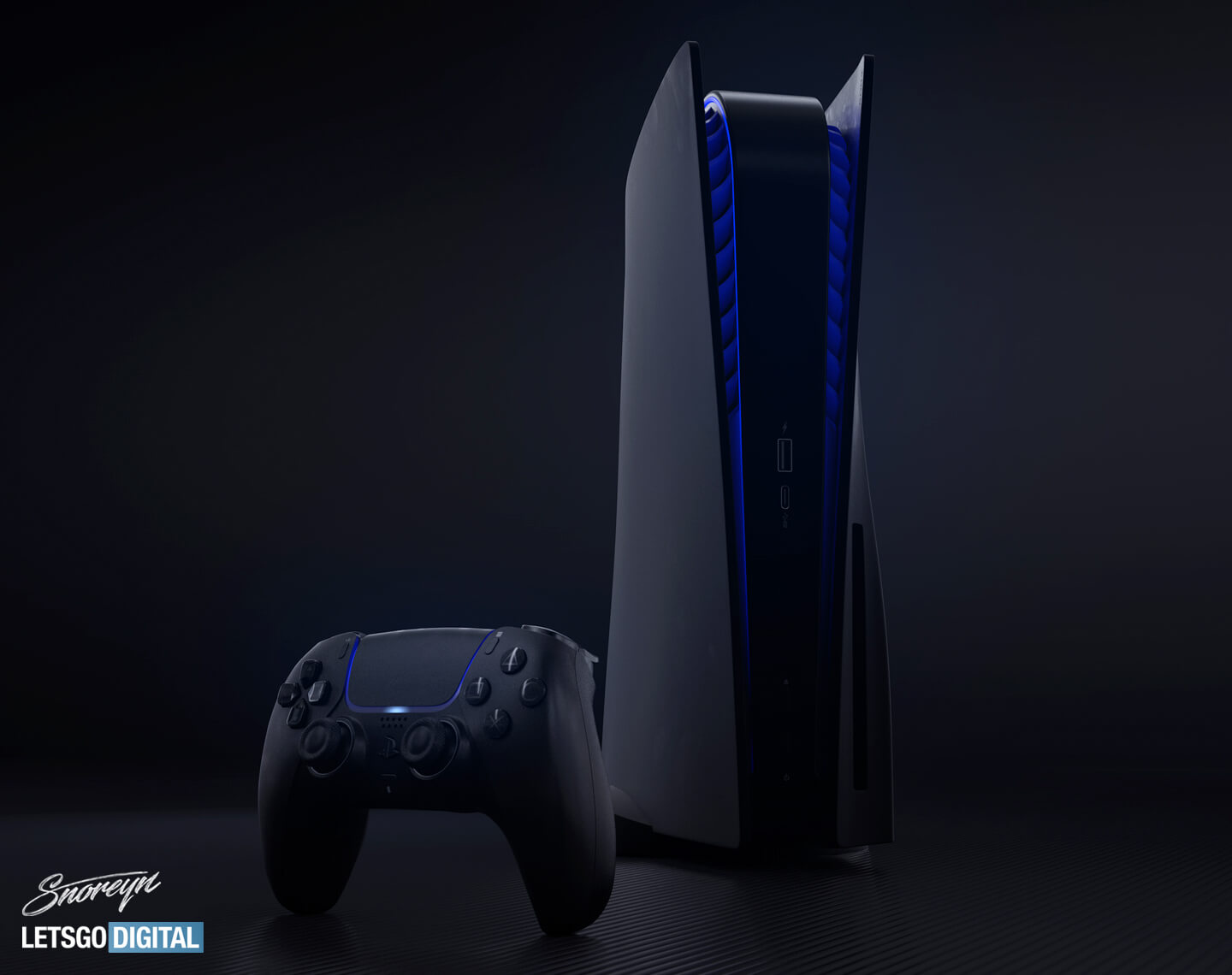 It is the first time that Sony provides its PlayStation with a dual-tone design. Just like the new DualSense wireless controller, the console has a black and white design. A futuristic design was chosen, which many gamers have to get used to. The game console would therefore fit better in the interior, according to Sony.

Still, many PlayStation fans wonder if a completely black console will also appear. Recently, PlayStation boss Jim Ryann has announced that there are at least several PS5 Special Editions in the pipeline, these game consoles will also look slightly different from the standard version. However, it remains unknown whether an all-black PS5 will arrive too. Sony has released various Limited Edition consoles in the past, such as a bright red PlayStation 4 Pro Spiderman Edition and a semi-transparent dark blue PS4 Pro Limited Edition.

Hardcore gamer Giuseppe Spinelli, aka Snoreyn, believes that a black PlayStation 5 should not be missing. The master designer from Italy has therefore redesigned the PS5 shown by Sony in black. It goes without saying that Giuseppe has also made a fabulous video animation, which has been built entirely in style of the Sony video trailer.

The new DualSense controller can of course not be missing and is also designed in black. The PS5 Digital Edition is also featured in the video, which has a similar design to its more expensive brother. However, due to the absence of a disk drive, the Digital Edition has a nicer symmetrical design.

Watchful viewers will have noticed that Giuseppe also shows a new Max Payne game. This popular third-person shooter was first released for Windows PCs in 2001, two years later the game also appeared on PlayStation 2. The final installment, Max Payne 3 was released in mid-2012. Fans have been eagerly looking forward to a sequel for years. Although Sony has already announced a large number of games for the PS5 already, nothing is yet known about a possible release of Max Payne 4.

The PlayStation 5 can be placed upright or flat. You can store the console flat in a TV cabinet, making it hardly noticeable. However, Sony has also developed a special stand, so that the console can be placed stable and firmly. It is the first time that Sony considers the console as a design piece that “fits into any interior”. The unique design gives the game console a futuristic appearance, also due to the blue LED lighting around the ventilation system. 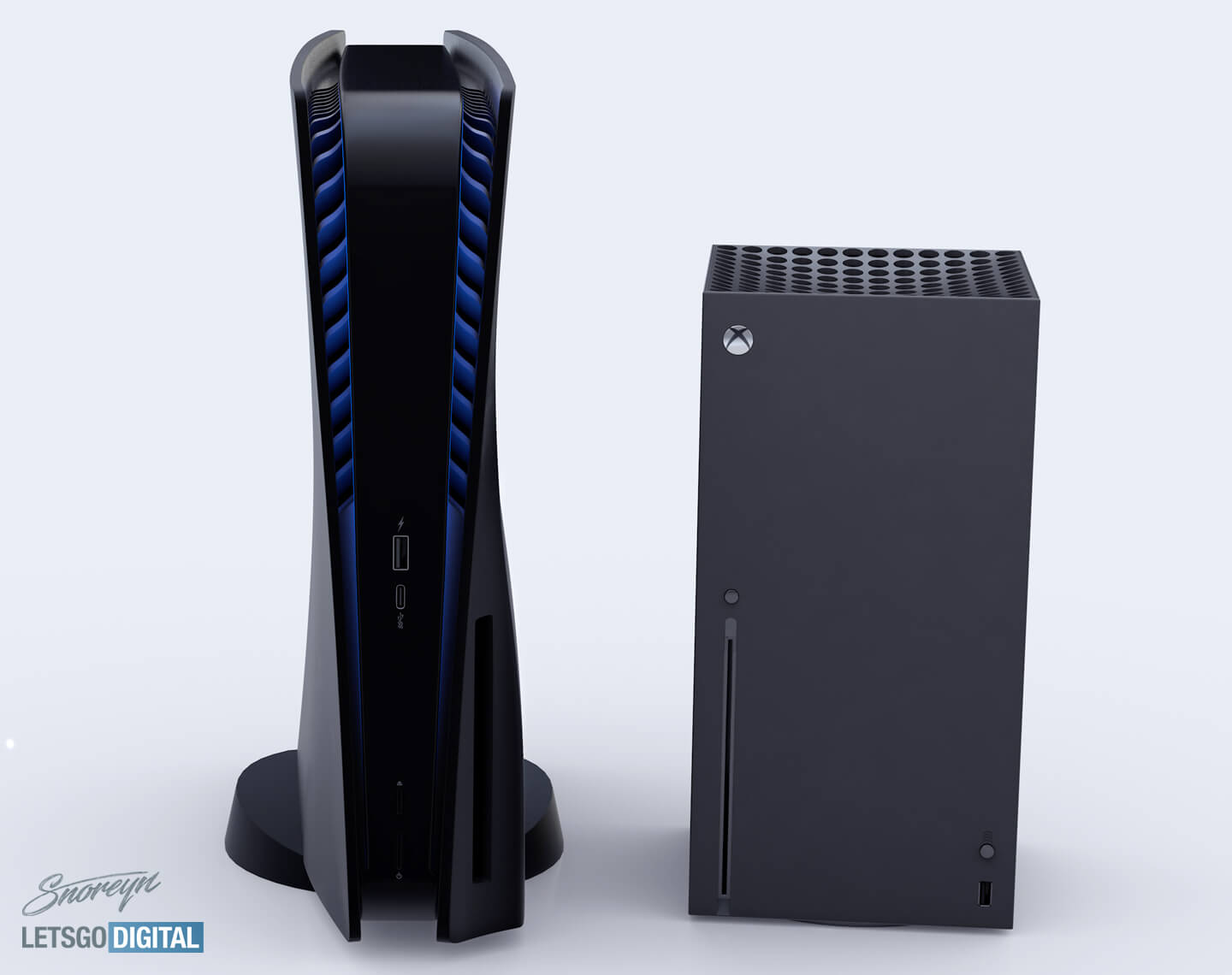 Not only the design is controversial, the size of the console has caused many tongues to roll too. Although Sony has not yet announced the exact dimensions, it can be deduced from the disk drive that the PS5 is considerably larger than its predecessor. After carefully examining the images released by Sony, we come to the conclusion that the dimensions of the Sony PlayStation 5 including stand will be approximately 10x31x38cm. Without the stand, the console will be slightly smaller, about 36cm height.

This makes the new game console not only larger than the PS4, but also larger than the Xbox Series X – which will appear almost simultaneously with the PS5. Microsoft announced the design of the Xbox Series X at the end of last year. afterwards the dimensions were also released: 15.1×15.1×30.1cm. This rectangular shaped console looks completely different from the PS5 and looks more like a PC design. 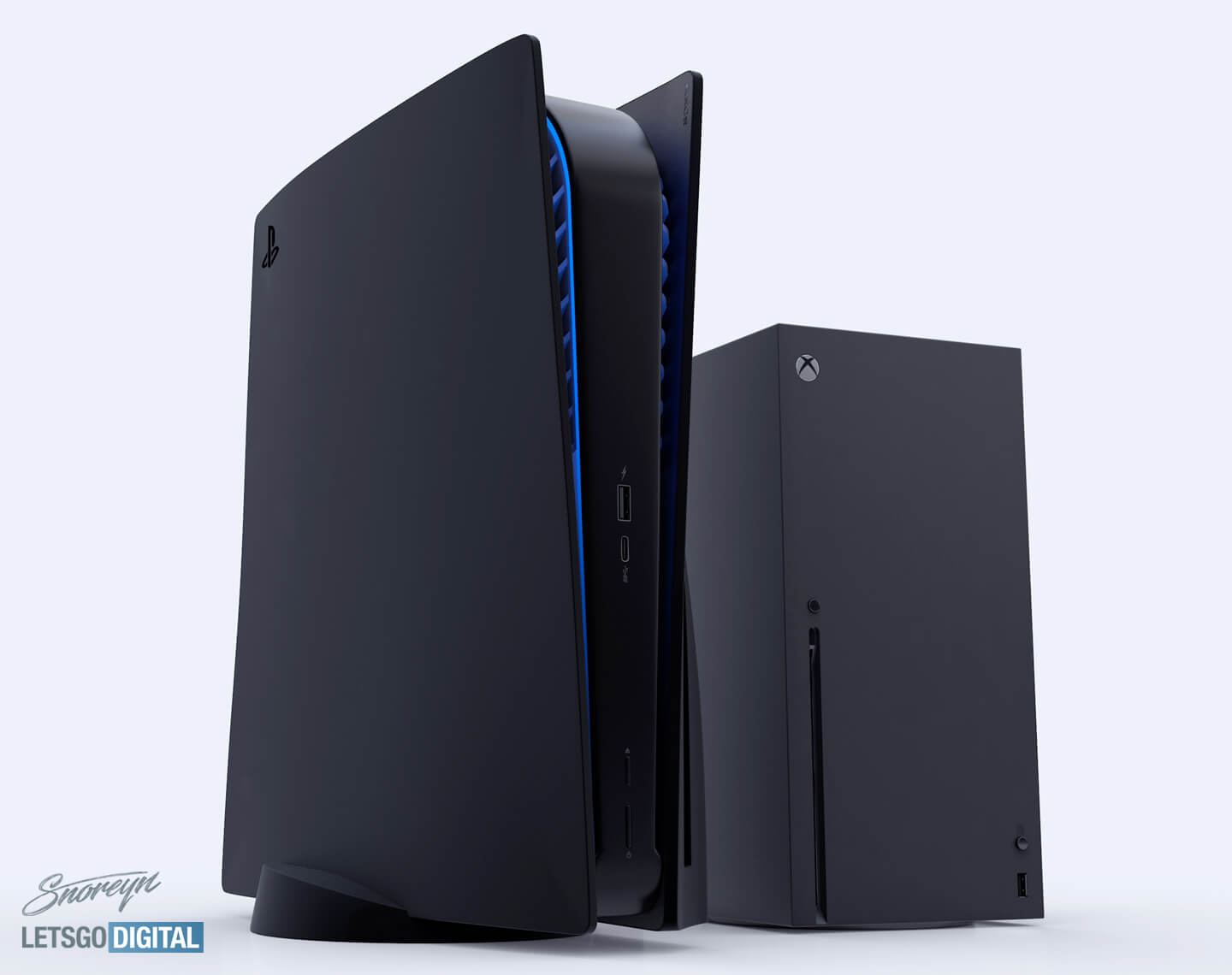 Both Sony and Microsoft choose to also release a Digital Edition immediately upon launch. Microsoft has of course already gained some experience with this, with the Xbox One S All-Digital Edition. The fact that Sony now also chooses to release a model without a disc tray is only to be welcomed, all the more so because consumers can also opt for a cheaper solution this way.

In addition, more and more consumers are choosing to purchase their games digitally. For example, Sony announced that in the first quarter of 2020 no less than 2 out of 3 newly purchased games were a digital download. However, there is also a downside to this, because usually physical games are more often offered on discount than digital games. As a result, it can still pay off over time to be able to buy and play physical games. An optical disc is also a welcome addition if you want to use the console for playing movies.

In terms of hardware, the PlayStation 5 Digital Edition is identical to the regular PS5. Also in terms of storage, there will be no difference between the two versions. A superfast 825GB SSD is built in, in addition, it will be possible to expand the memory with an external PCIe 4.0 NVMe SSD. Both consoles will also be backwards compatible with the PS4. The vast majority of the Top 100 Best PS4 games can be played via the PS5, Sony announced some time ago. 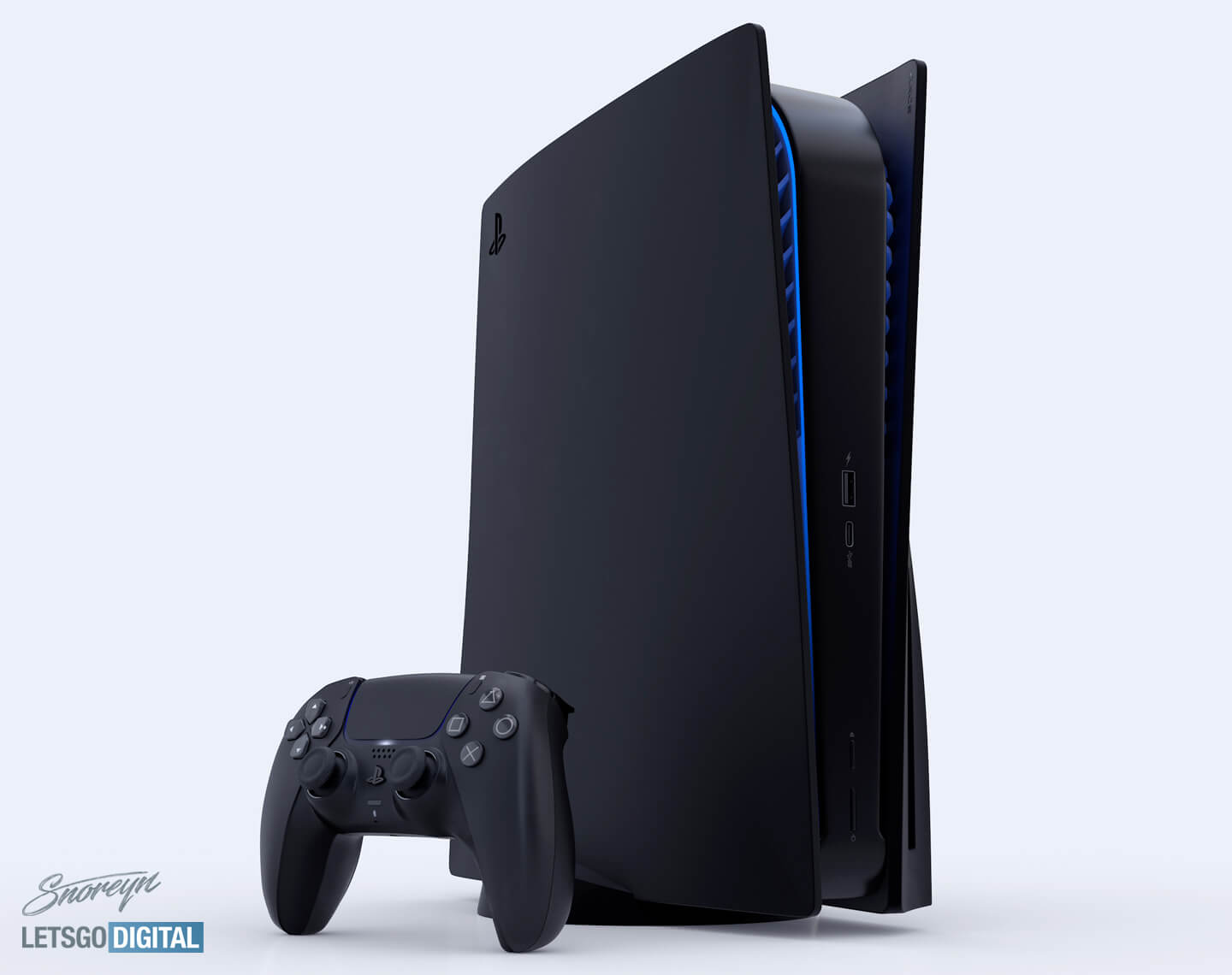 Regarding the price, many assume that the PlayStation 5 will get a suggested retail price of around € 500 / $ 500. Obviously, the PS5 Digital Edition will be cheaper, although this has not yet been confirmed by Sony. Presumably this console will go for about € 400 / $ 400 over the counter, thus the digital edition of the PS5 would get exactly the same price as the PS4 (Pro) at launch. If Sony can actually offer the new PlayStation at such a competitive price, this will undoubtedly have a positive impact on the sales numbers.

Sony has already indicated several times that the PS5 will be released in the fall of 2020. However, an exact release date is still unknown. Most likely, the PlayStation 5 will go on sale in the second half of November. On Friday November 27 it is Black Friday 2020, however the first shopping deals will star a few days earlier. It would therefore not surprise us if Sony chooses a release date around Friday November 20. 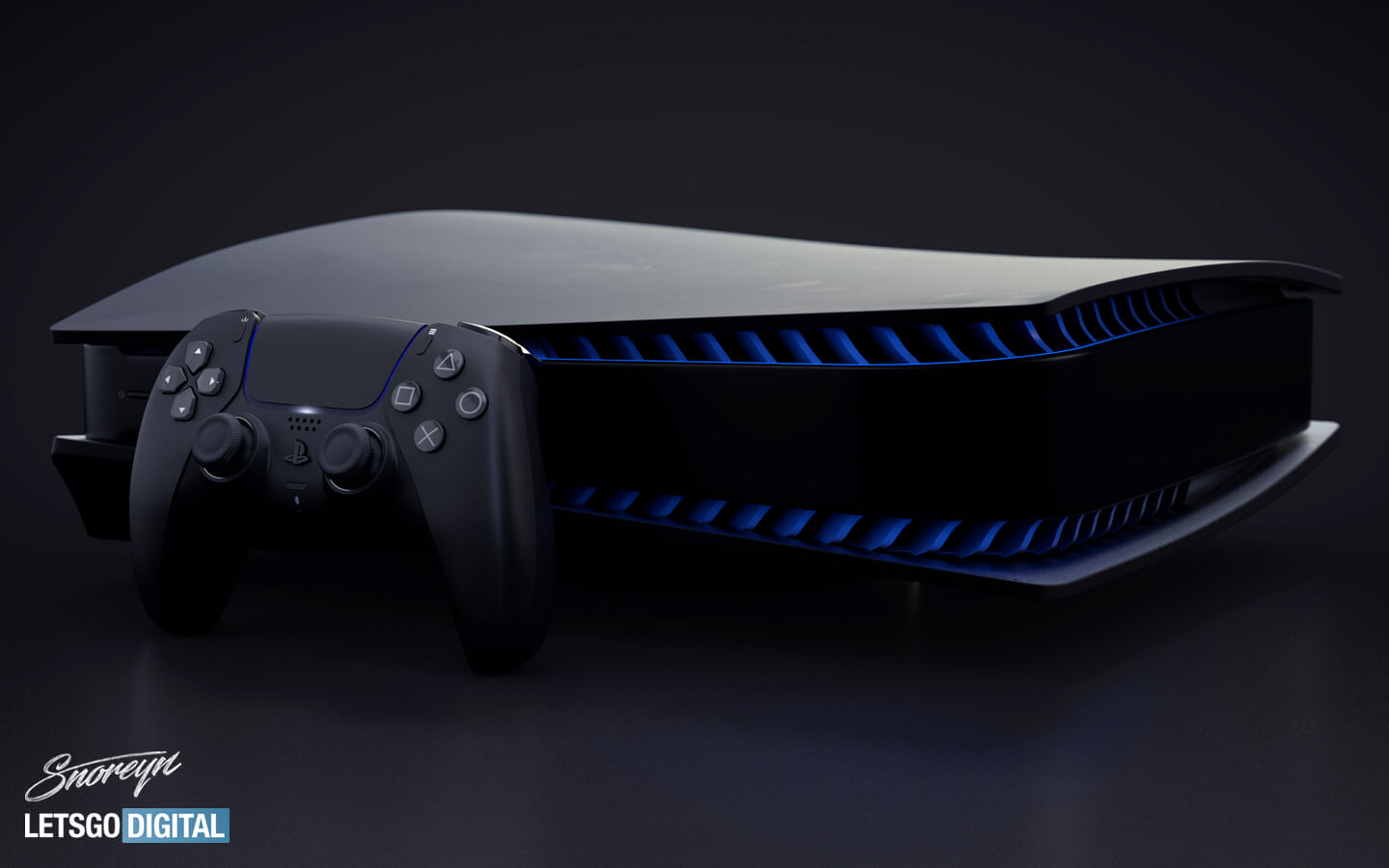 Note to editors: The 3D renders presented in this publication are copyright protected and designed by Giuseppe Spinelli and licensed to LetsGoDigital. You can use this artwork for free, as long as you include a clickable source link into your story.  Thank you very much for understanding.