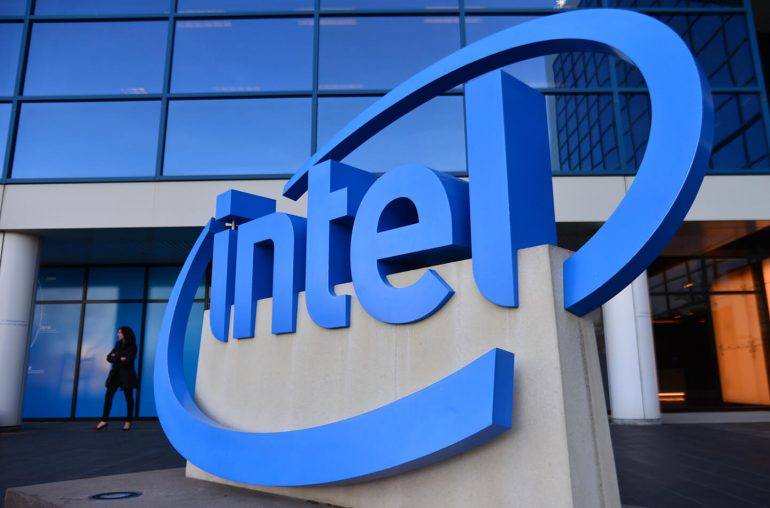 Intel wants to get into cloud gaming with a new controller?

Intel files a patent for an newly designed game controller with two analog sticks and a touchpad. Possibly meant for a new cloud gaming service.

Cloud gaming is all the hype in the past few months and with the launch of Google Stadia things got really serious on that front. Big players start to emerge on the market with Microsoft’s xCloud, Playstation’s Now and Nvidia’s GeForce Now already operational, just to name a few. And now it looks like we’re about to have another contender on the cloud gaming boxing ring, so to speak.

Game streaming relies upon making all the processing and calculations on the server-side, leaving consumers limited only by internet bandwidth and display size and resolution. Oh, and input device, of course. And while games can be played without a console or a PC, people still need a controller, especially when using TV or a smartphone.

On May 26th, 2018 Intel Corporation filed a design patent application at the United States Patent and Trademark Office (USPTO). The application in question was for a “Game controller with a touchpad” and it was published on November 19th, 2019. The same patent application was already filed in China in early 2018, which ties up quite well with another Intel’s venture in the far East but we’ll get back to it later.

Intel is no stranger to gaming peripherals with the peculiar Wireless GamePad from 2010. While it was far from successful, GamePad paved the way for another attempt – the Universal Controller made in collaboration with OnLive. Now, the latter was a promising cloud gaming startup, snatched by Sony in 2015 and used to build Playstation Now service. Resemblance between Universal Controller and the new patent is quite striking. 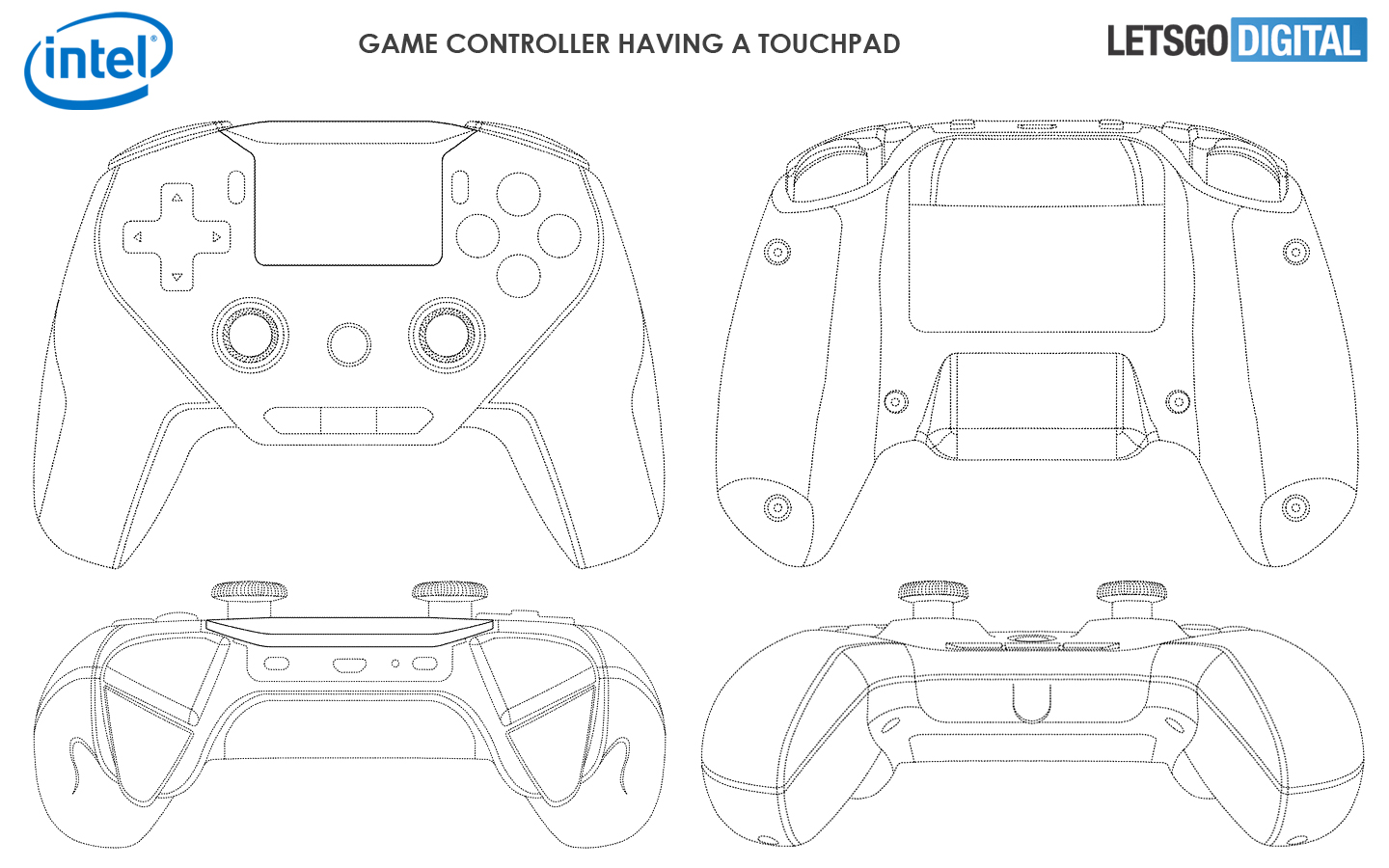 There are a total of 10 images in the documentation, showing the controller from various angles. The overall layout and button configuration seems to be similar to Dual Shock design of the Sony Playstation, although there are some differences. The touchpad zone is mounted in the upper central part, between two small oval buttons – Start and Select most likely (Share and Options on the DualShock 4). Position of the D-pad and main 4 buttons also follow the DS4 design, as well as the two analogue sticks, microUSB charging port on the back and one circular button between them (PS button on the DS4).

There are also design choices borrowed from the aforementioned OnLive controller. There are 3 additional buttons under the analogue sticks, which most likely will be used for multimedia controls. The specific shape of the “horns” is also similar to the OnLive, while the 4 back triggers look like a completely original design. 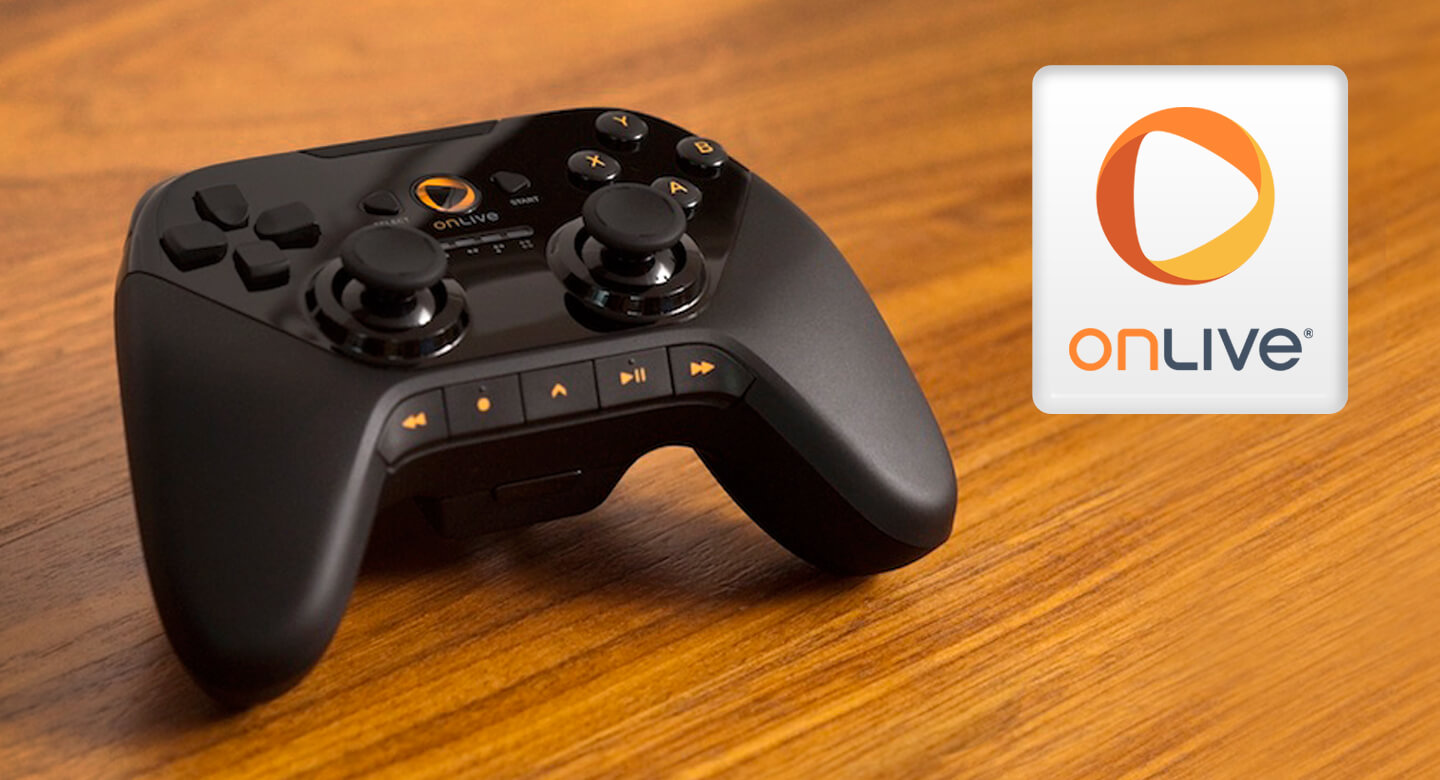 Does Intel want a piece of the cloud gaming cake?

Most likely! Back to China and the ventures, we mentioned at the beginning. At the end of 2018 Intel quietly started a collaboration with Chinese giant Tencent on building a cloud streaming service, called Start. It was demonstrated at G-START 2018 gaming event in Korea and then brought to China for closed beta testing. The platform itself uses Xeon CPUs and Iris Pro graphics and considering the initial patent was filed in China, it is quite possible we’re talking about a controller for the Start service. On the other hand, filing the patent in the US and getting it published there means bringing the service stateside and possibly – internationally.

Furthermore, Intel already provides the computational power for Google Stadia and clearly has the resources to accommodate its own platform. The company faces fierce competition since the introduction of Ryzen desktop CPU family back in 2017. Combine that fact with the shrinking market of desktop PCs and the rise of cloud gaming and you’ll get a picture where Intel’s cloud gaming service makes a lot of sense. The question of whether it will be something like the Tencent collaboration or an entirely new service remains unanswered.

Here you can download the patent of the Intel game controller.