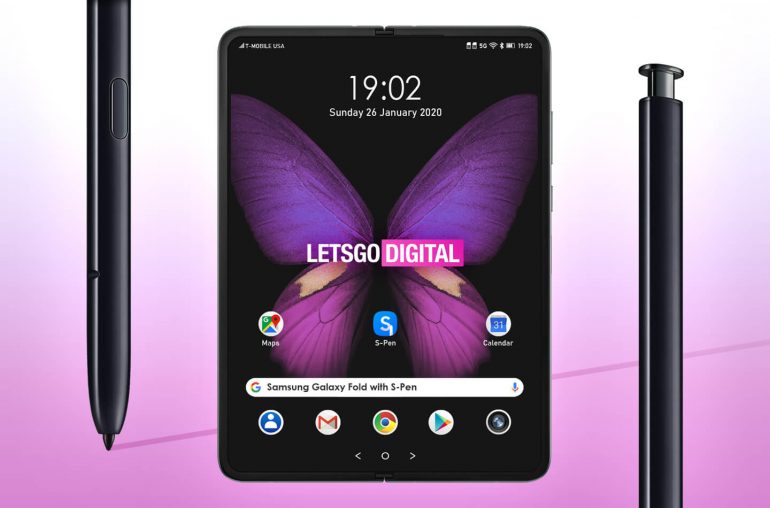 Samsung is making 2020 the year of the foldable - Galaxy Z Fold is about to join forces with the next month awaited Z Flip. Read further as the story 'unfolds'.

We’re already heavily hyped-up for the upcoming Galaxy Unpacked event in San Francisco, as it’s turning out Samsung will lift the curtain on its foldable future on 11 February – in just two weeks’ time! The new Galaxy S series will be revealed, of course, with a name twist – three devices are expected – Galaxy S20, S20+ and S20 Ultra leaping numbers to cohere with the year 2020.

However, flexible screens are the new tech fashion and manufacturers are in an arms race to deliver the next foldable device. Samsung makes no exception – after the troubled Galaxy Fold launch, the Korean company is eager to deliver. We’re expecting the long-rumored Galaxy Z Flip to make an appearance at the Galaxy Unpacked but apparently there’s yet another foldable device ready to leap out of Samsung’s drawing boards.

As far as we know, Galaxy Z Flip will be the affordable foldable – competing with Motorola RAZR – regarding both price and design. It will have the same elongated clamshell design and horizontal folding line and a rumored price of about $1500 or even less. Meanwhile, according to tech insiders, the original Galaxy Fold might get a successor in 2020, making it the second foldable device Samsung’s launching this year.

The name still bears a question mark but with the upcoming Galaxy Z series announcement, there’s a good chance we’ll get something like Galaxy Z Fold, instead of the Galaxy Fold 2. So let’s try and summarize everything we know about this mysterious device. 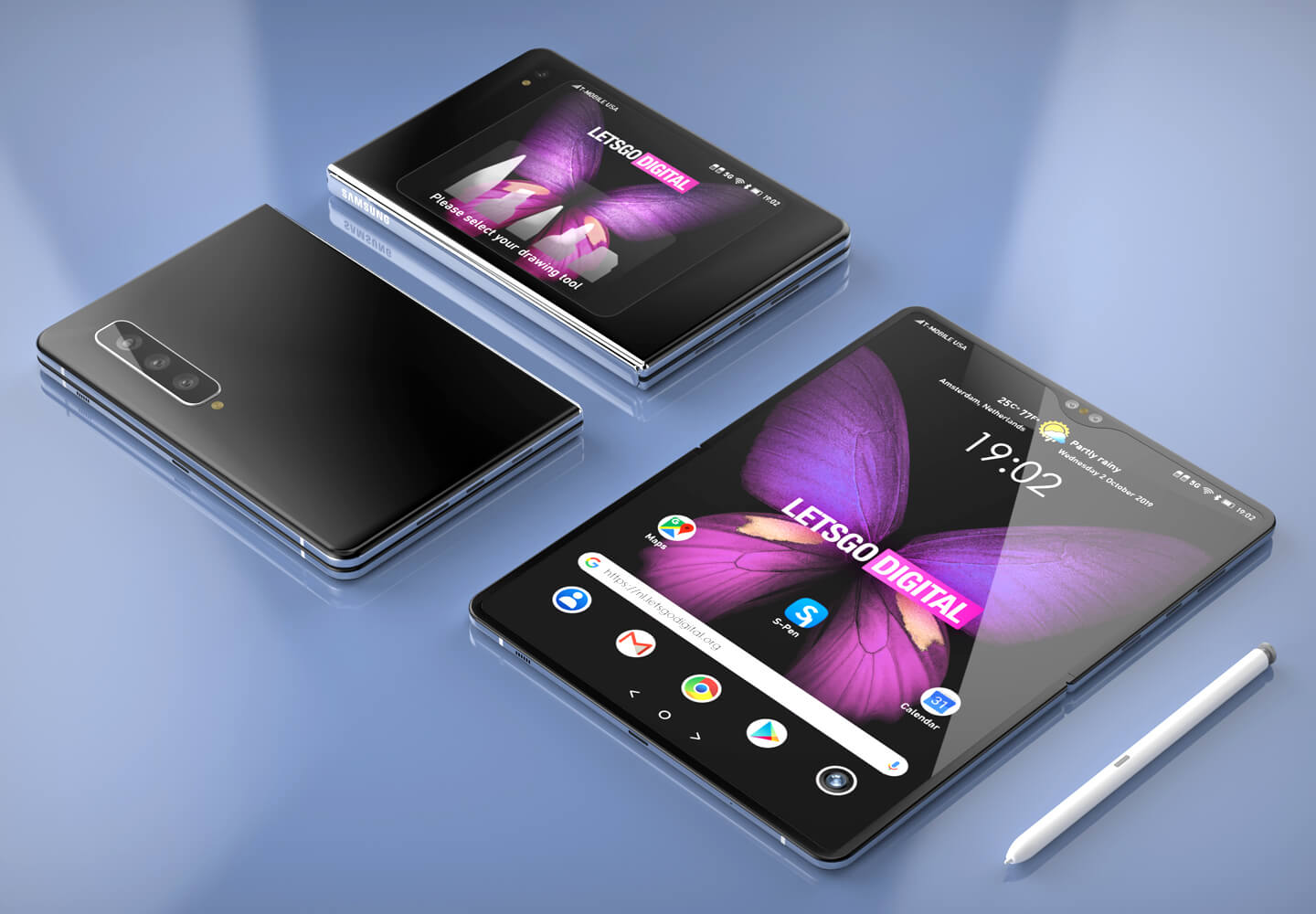 Making the Z Flip a cheaper model leaves room for another ultra-premium foldable and while the first will get last year’s Qualcomm Snapdragon 855 chipset, Galaxy Z Fold most certainly will be sporting the latest and greatest silicon – the 865. Memory and storage options may vary but 12GB of RAM and 512GB internal storage is a solid prediction. 5G connectivity will be present either as an optional model like the Fold 5G or as just one device only featuring the speedy connection.

The flexible screen has been both a blessing and a curse for Samsung with durability issues and malfunctions of the first Galaxy Fold due to dust and dirt entering the hinge. To battle the issue Korean manufacturer is opting for a new type of flexible glass – UTG (ultra-thin glass) – in the Galaxy Z Flip model and this fringe tech will probably find its way to the Galaxy Z Fold as well. It will bring scratch-resistance and durability foldable devices were previously lacking.

There’s some uncertainty around the camera system of the Galaxy Z Fold. If the device follows in the steps of its predecessor we can expect as many as 6 cameras – a triple system on the back, two inside and one on the front. The main triple camera system is the same as the one used in S10/S10+ so we’ll probably get the S20/20+ cameras copy-pasted in the Galaxy Z Fold as well – a 12-megapixel wide-angle camera, a 12-megapixel ultra-wide-angle camera and a 64-megapixel telephoto camera with 3x optical zoom and 30x digital zoom. Oh, and 8K video support too. There’s the possibility Samsung will opt for a 108-megapixel sensor as with the S20 Ultra but we can’t put our money on either option.

Samsung might also want to shrink the notch – one area where the original Fold received some criticism. Judging by the current patent filings there are several ways to do this – making a vertical notch, opting for a punch-hole design or just using a smaller sized notch altogether. The screen itself will get a respectable 8-inch, according to South Korean media The Elec report from June 2019. 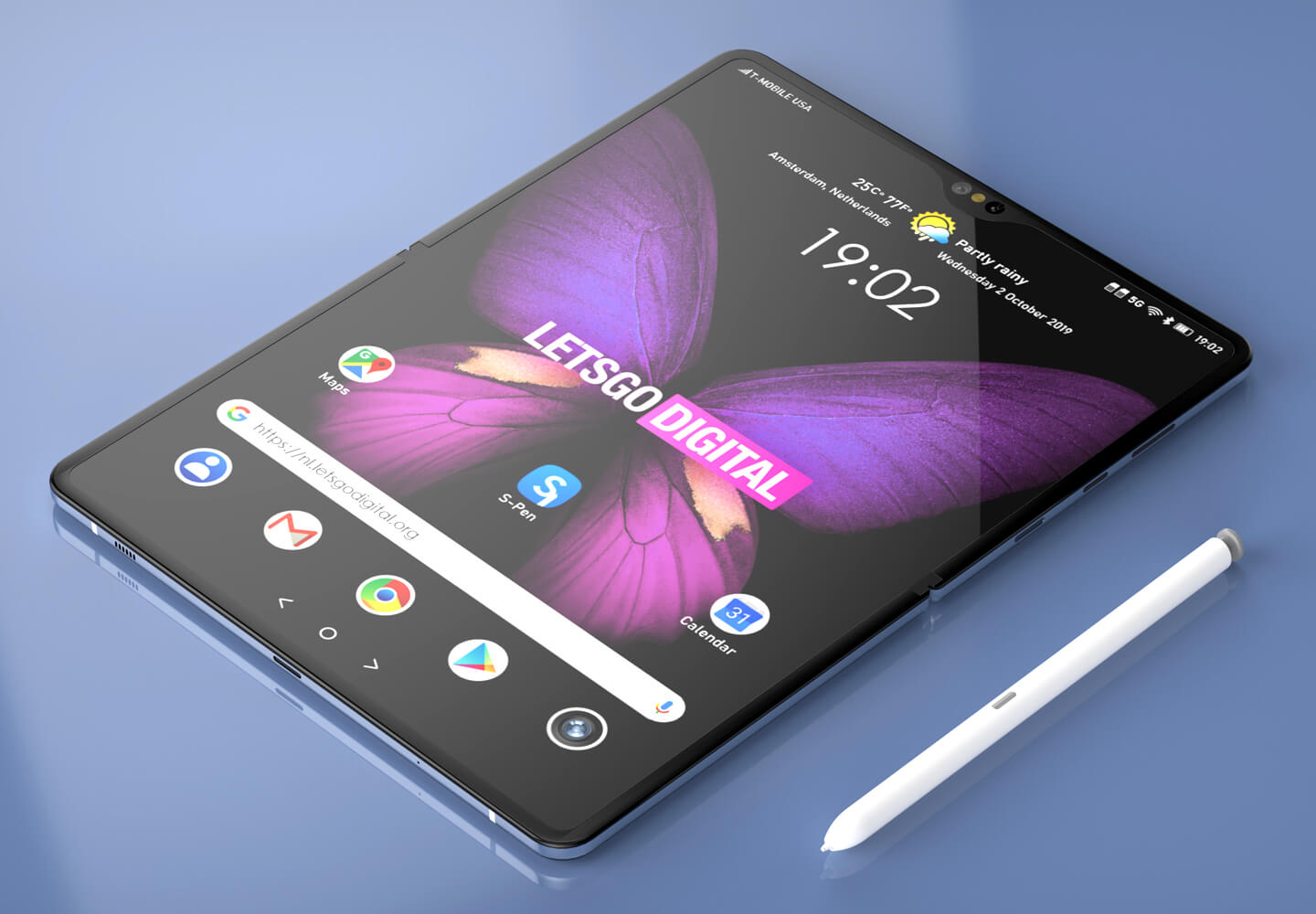 Giving the Z Fold an S-Pen makes a lot of sense for Samsung and there are some circumstantial evidence that would be the case. Back in October 2019, we reported on a patent filing from the Korean company describing the use of a stylus with a flexible screen – dragging icons and files across the folding line of the display.

Including the S-Pen in the Z Fold will contribute to better user experience with the gigantic screen and given the premium price of Note devices and foldable phones, both will appeal to the same target audience. It’s a double-edged sword as Samsung might see a fall in Note sales but on the other hand, building a new community around foldable devices is of equal importance.

Huawei has already filed a patent for a Mate X foldable smartphone with a stylus and more manufacturers might follow suit. 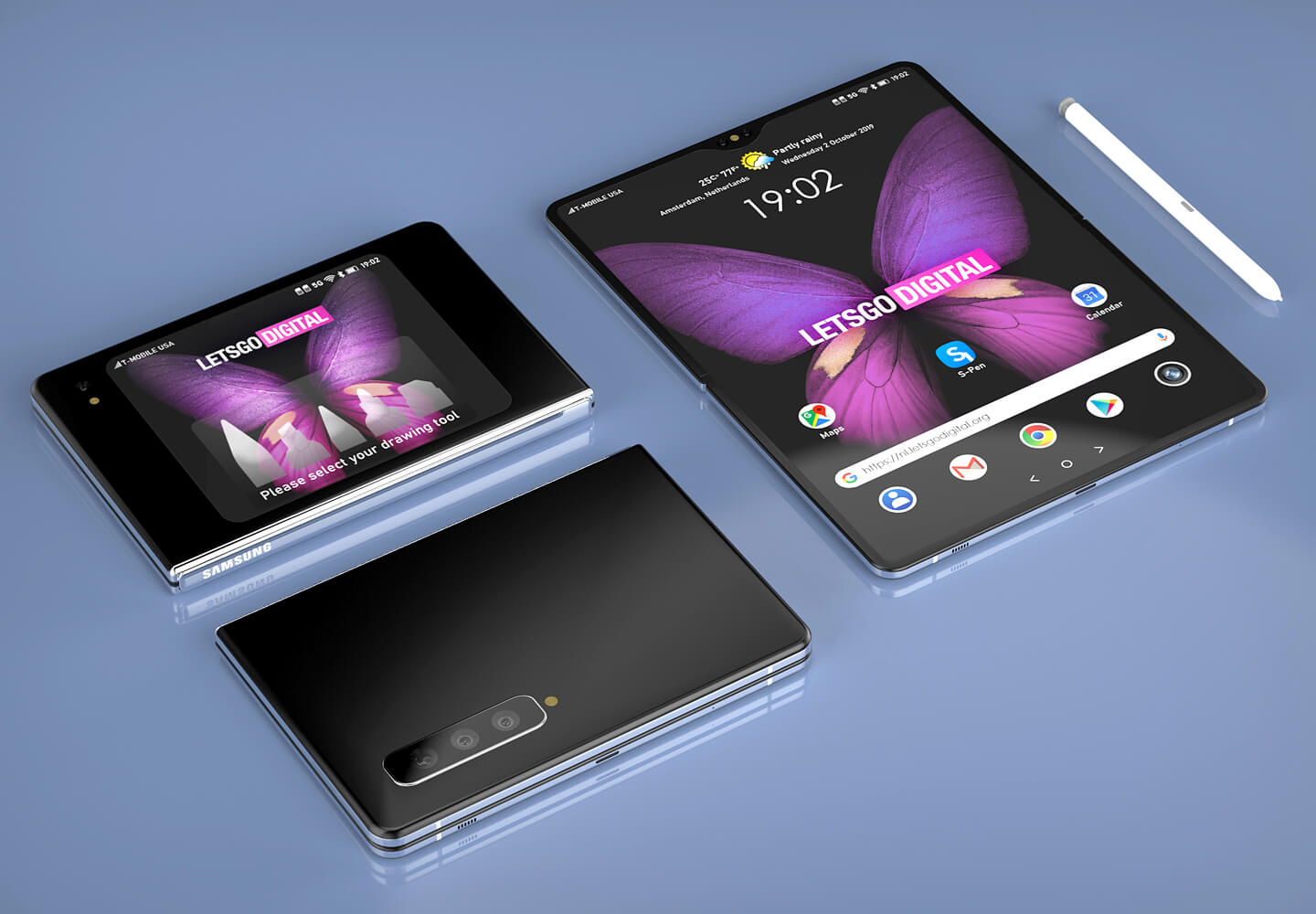 Release date is a wild guess at this point but if we look at the current cycle Samsung uses for the S and Note series, we might be able to draw some conclusions. If the company wants to add a supplementary foldable device to the current line-up, under the Z-series brand, it’s only logical to do this on a semi-annual basis. The Galaxy Z Flip will be released with the new S-series this February and the Z Fold along with the next Note devices in the third quarter of 2020.

Furthermore, the big competitor Huawei follows the same strategy. The Chinese smartphone manufacturer will launch the updated Mate Xs in March and a completely new foldable device in the second part of the year, although there are literally no details for the latter.

There are some reports for a Samsung foldable with the same design as the Mate X – in March 2019 Bloomberg reported that the company is working on a prototype, with a possible launch date in 2020. It’s too far-fetched to expect three foldables from Samsung as the company kept things rather conservative but with Roh Tae-moon replacing DJ Koh behind the wheel of Samsung Mobile, we might get at least two.

Note to editors: The product renders presented in this publication are copyright protected and designed by LetsGoDigital. You can use our 3D artwork for free if you include a clickable source link into your online publication. Thank you very much for understanding.