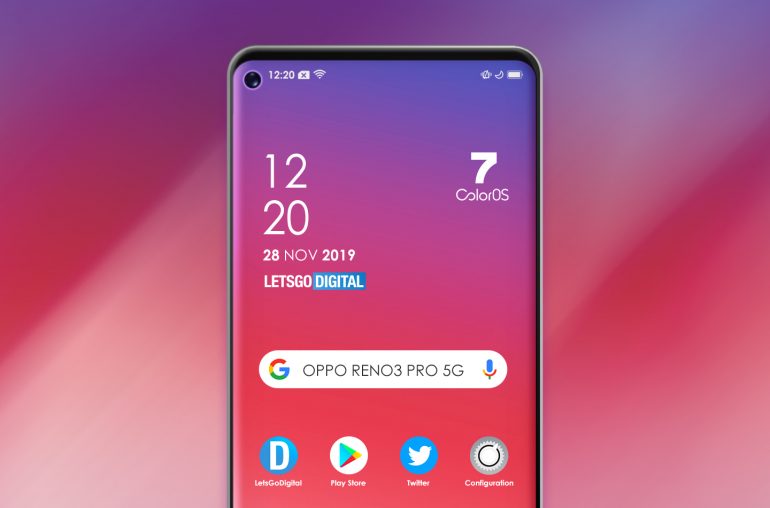 The Reno 3 Pro will be the next Oppo flagship smartphone with 5G support, a punch-hole camera and the brand new ColorOS 7 operating system.

In the first half of 2019, Oppo introduced the Reno series consisting of stylish smartphones of which most incorporate a pop-up camera. Later in the year, the lineup was refreshed with two Reno2 models, both equipped with quad camera systems. And now it appears Oppo isn’t done yet – because the Chinese manufacturer will soon unveil its next top model – Reno 3 Pro 5G, adding to the already good price/quality ratio a feature from the future – 5G. 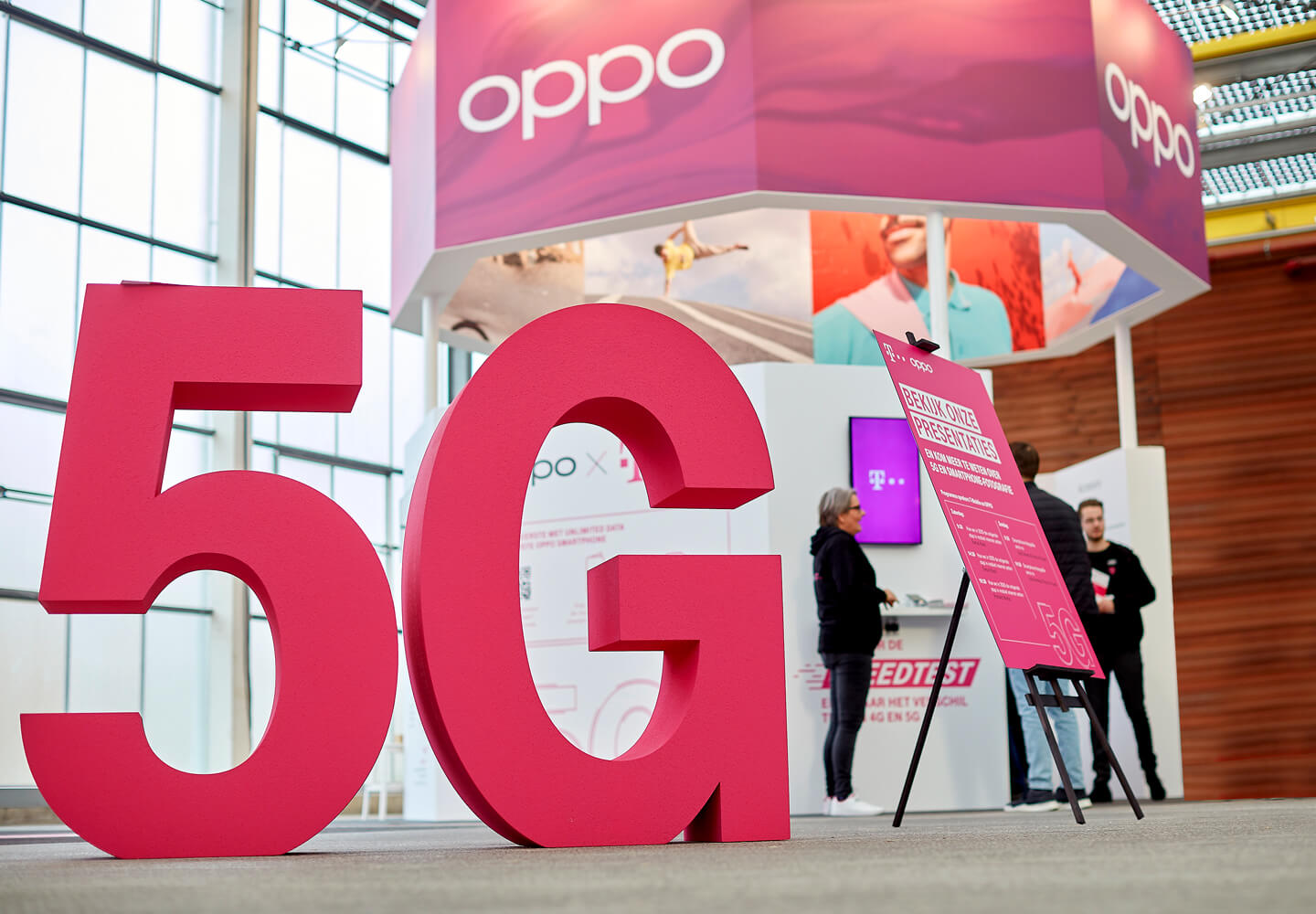 The Oppo Reno3 Pro is set to become the new flagship of the company – it will be the first device from Oppo to use Qualcomm’s dual-mode 5G platform. The smartphone will support both 5G SA and NSA networks – also known as Stand-Alone and Non-Stand-Alone. The latter depends on the already established LTE network for control functions, while the 5G connectivity is reserved solely for the end-users.

Reno3 Pro will probably be the first Oppo device with a punch-hole camera too. Leaked screenshots from the start of the week show no icons at the top left corner, which suggests the place is reserved for а selfie camera. Furthermore, the Vice President of the company, Brian Shen has just put the first real image of the phone online and announced the official model name via Twitter. The photo doesn’t show the upper left corner, which supports the punch-hole selfie camera theory.

The name ‘Pro’ on the other hand suggests that a non- ‘Pro’ version is also being developed, but whether both models will be introduced simultaneously is still unknown. Oppo could put out a non-5G version too – like the Reno 10x Zoom from earlier this year, which bears the exact same specs as the Reno 5G, apart from the 5G support obviously.

The Reno 5G hasn’t been released in many European countries, but that doesn’t mean its successor won’t be available more widely. Especially since 5G is now available in more European countries. Oppo Netherlands has already confirmed that the expected 5G model is coming to the country. The device will be officially introduced before the beginning of 2020. which matches the start of the T-Mobile’s 5G Beta Test program –  set up in collaboration with Oppo. 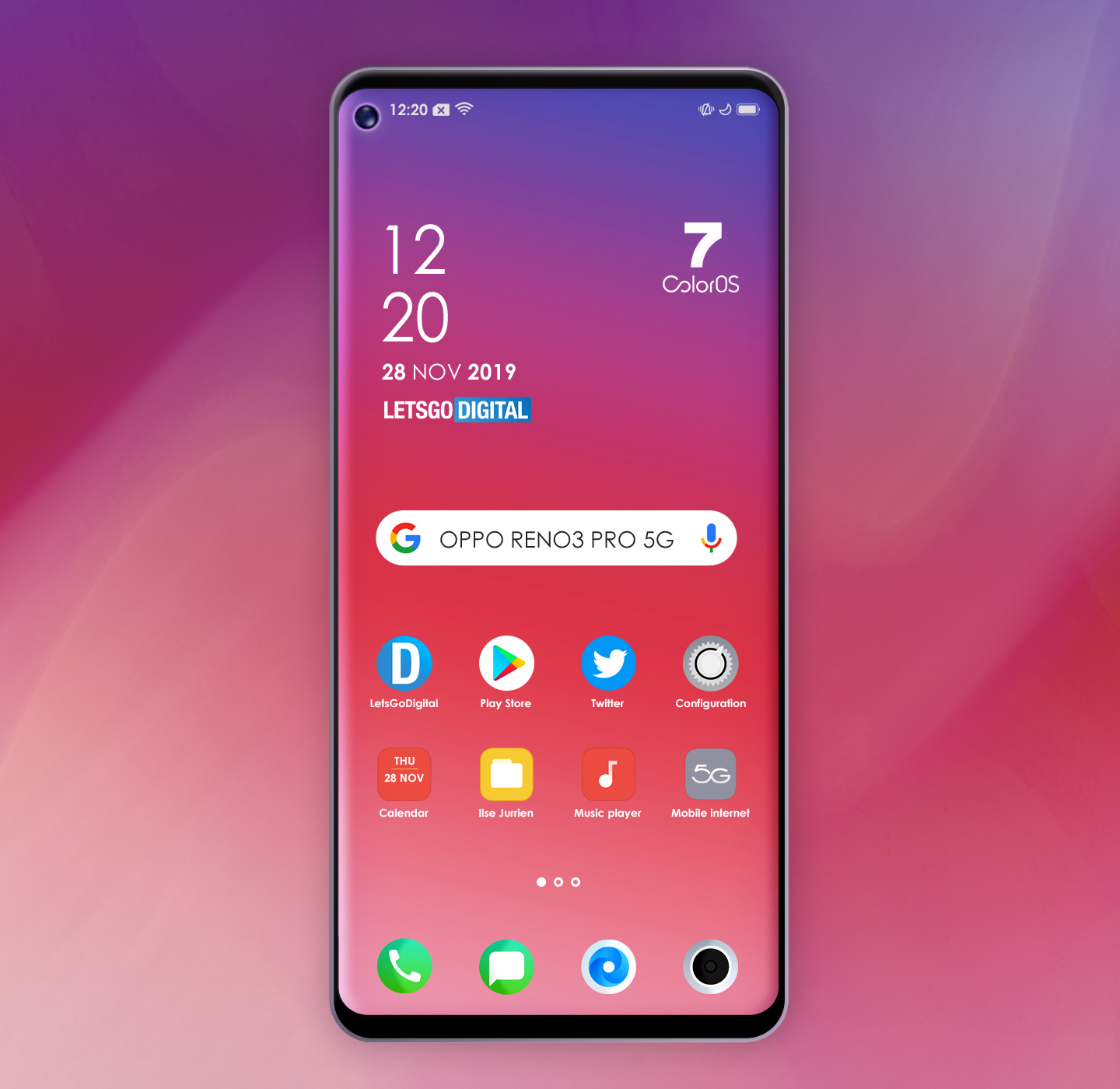 The Vice President’s Tweet also included a few specs, for example, the phone uses glass sandwich design with a thickness of just 7.7mm. It will be the thinnest dual-mode 5G smartphone in this price segment, according to Brian Shen. What is also striking is that the phone has a rounded screen, just like the Find X from last year. All other Oppo models use flat screens.

Various leaks from the past weeks cite other interesting specs of Reno3. The device will be equipped with a 6.5-inch Full HD + AMOLED display with a refresh rate of 90Hz per second. The battery capacity will most likely increase to 4,500 mAh, in addition, the device will have VOOC 4.0, which makes 30W fast charging possible. Despite the glass rear, there won’t be wireless charging on board.

The smartphone will probably use a Snapdragon 735 chipset with 8GB RAM and 256GB memory. Regarding the shooters, the new Reno smartphone will be equipped with a 32-megapixel selfie camera and a quad-camera setup on the back. The main camera gets a new sensor with a resolution of 60 megapixels – probably from Sony, judging by the previous models. There will be a 5x Hybrid-zoom as well. 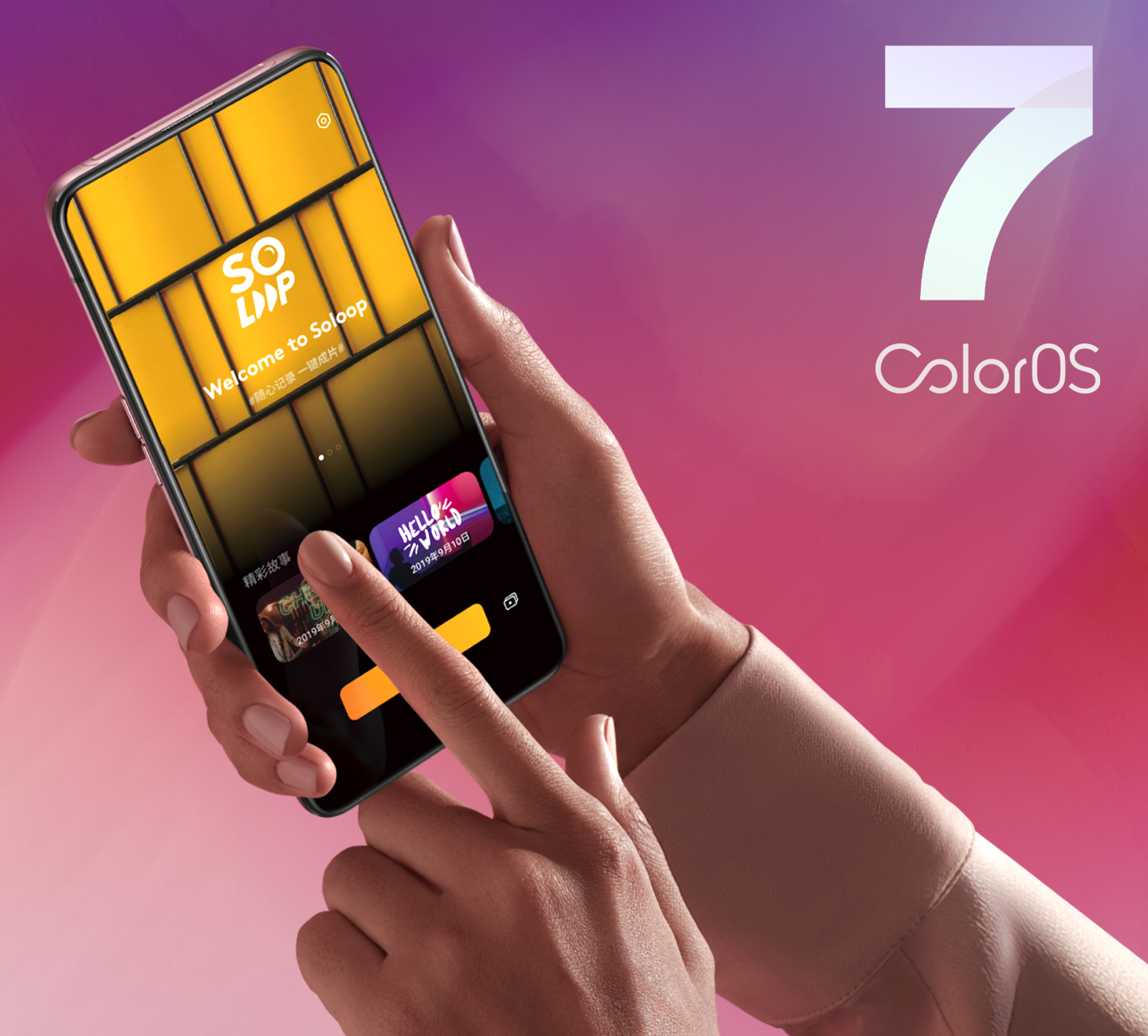 Reno3 series will run on the new ColorOS 7 operating system, which is based on Android 10. This OS will be available for Reno2 devices from Q1 2020. In the second quarter this update will also be rolled out to other Reno models, as well as the RX17 Pro and the Find X (Lamborghini Edition). In the third quarter of 2020, budget models like  A9 2020 , A5 2020 and R15 (Pro) will also be getting ColorOS 7 .

ColorOS 7 itself rely on clean design and a simplified user interface. There is an updated Dark Mode, new wallpapers and the haptic feedback has been further refined. Oppo also upgraded the audio quality with some help from Danish audio company Epic Sound.

Martin Liu, Senior Strategy Manager at OPPO ColorOS says: This update not only brings a new look and feel to the system design, but also improves the audio-visual and gaming experiences. In addition, we bring many localized functions to our users to meet their specific needs. We continue to expand these functionalities.

Thanks to the more efficient use of the memory, the device will deliver a smoother and faster experience. Apps start up considerably faster, system response time is reduced by 30% and the touch response is further optimized. The latter will be noticeable especially in gaming.

Furthermore, the Oppo ColorOS 7 is equipped with Private Safe, a new security feature that will offer better privacy for photos, videos, audio and other documents. Oppo smartphones traditionally use decent camera systems, so the company expanded the editing options in the new OS too.

It’s Oppo’s biggest update so far, according to the manufacturer. If you want to know more about the updated operating system, download the ColorOS 7 review guide.

However, due to all taxes and surcharges, Europe will see different numbers. The Reno2 recently went on sale for € 500. It is safe to assume that the 5G model will be at least more expensive. If the Chinese numbers are indeed correct, we can expect prices for Europe to be somewhere between € 550 and € 600. Oppo Reno3 Pro 5G is expected before the end of 2019, probably right on time for the Holidays.

Note to editors: The product renders presented in this publication are copyright protected and designed by LetsGoDigital. You may use our pictures for free, but please be so respectful to include a clickable source link into your publication. Thank you very much for understanding.