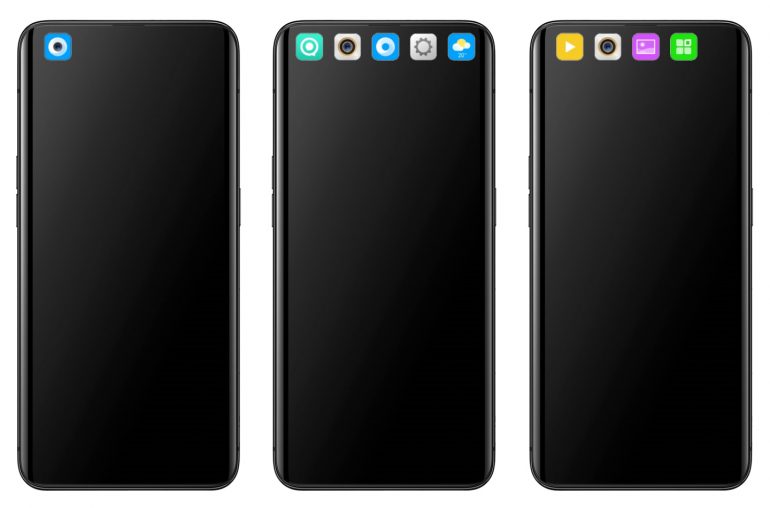 OPPO develops a smartphone with a hole in the display for the selfie camera. Various app icons will give the top display part new functionality. 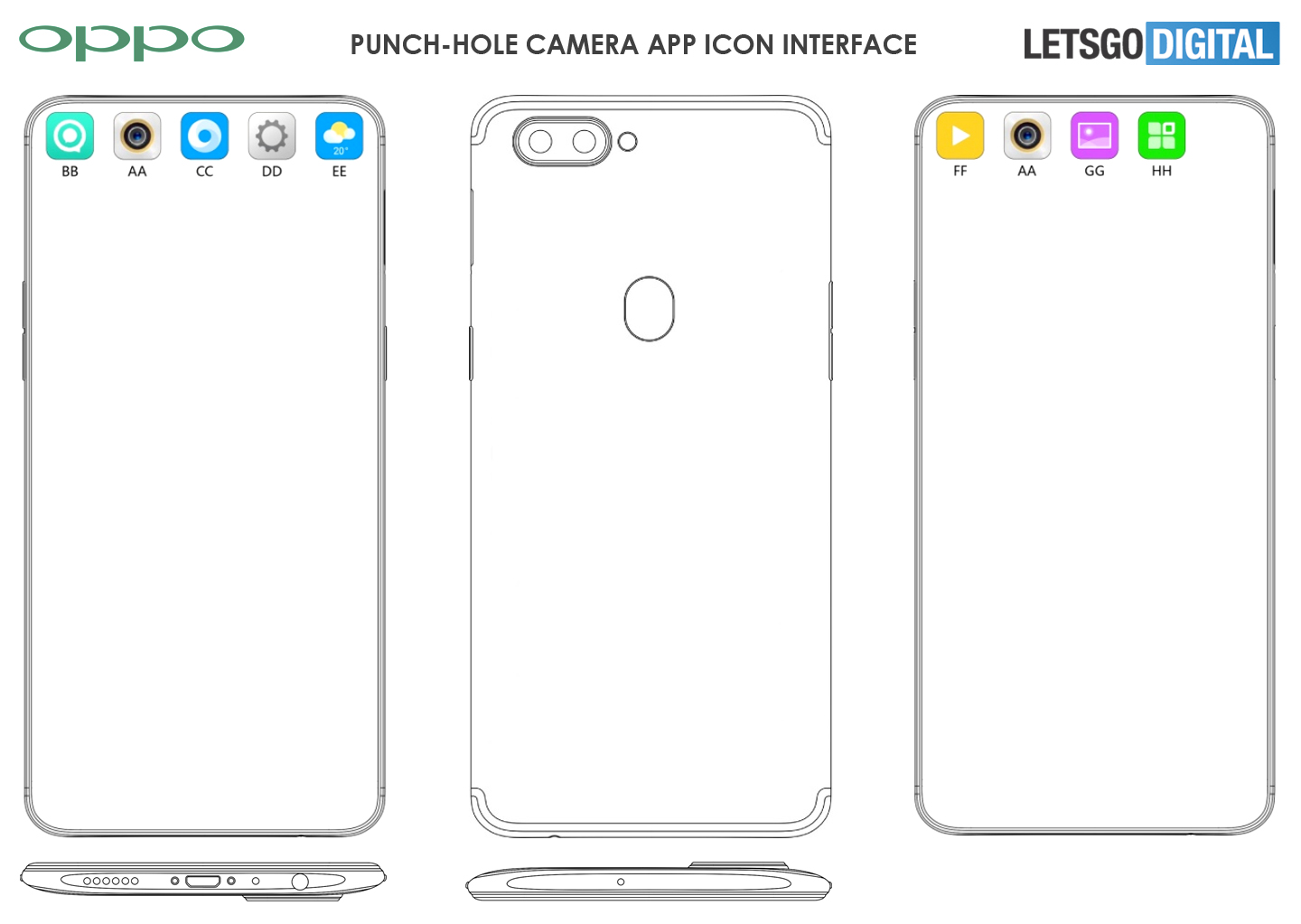 A newly published patent shows OPPO may be planning to integrate various app icons next to the camera hole. On January 18, 2019, two patents of OPPO Guangdong Mobile Communications were published in the Global Design Database of WIPO (World Intellectual Property Office).

The design patents entitled ‘Mobile phone with app icon interface’ show a full screen OPPO smartphone with a punch-hole camera. The selfie camera is placed in the top left of the display. To the left and in particular to the right of the camera hole, the OPPO smartphones displays various app icons. A total of five icons are shown, one of which is for the front camera.

By making a swipe movement at the top of the display the icons will appear. Users can scroll through the icons, allowing for more app icons to appear. The camera icon will always stay in the same place.

According to the second filling, the camera icon overlays the punch-hole. By clicking on the icon, users can open the camera app. By swiping it to the right, the camera app will be turned-off. 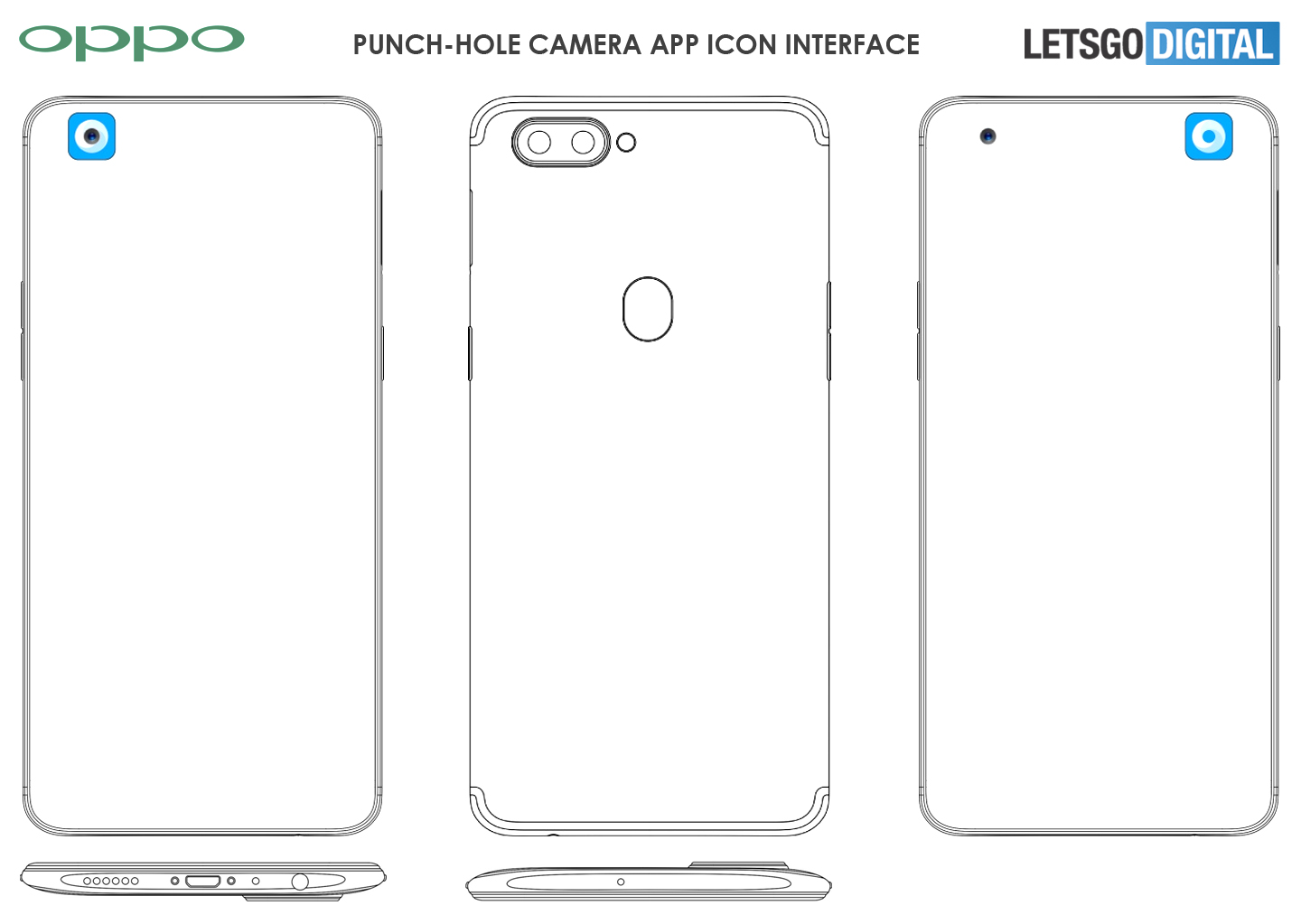 Next month OPPO is expected to launch two new smartphones, the OPPO F19 / F19 Pro. These models probably also have a punch-hole camera design. In addition, it will be the first smartphones with 10x optical zoom.

The company will also showcase it’s newly released 5G-version of the OPPO Find X at MWC 2019. Furthermore, the company is expected to unveil more information regarding their foldable smartphone.

Here you can find the two design patents of the OPPO smartphone with punch-hole camera.