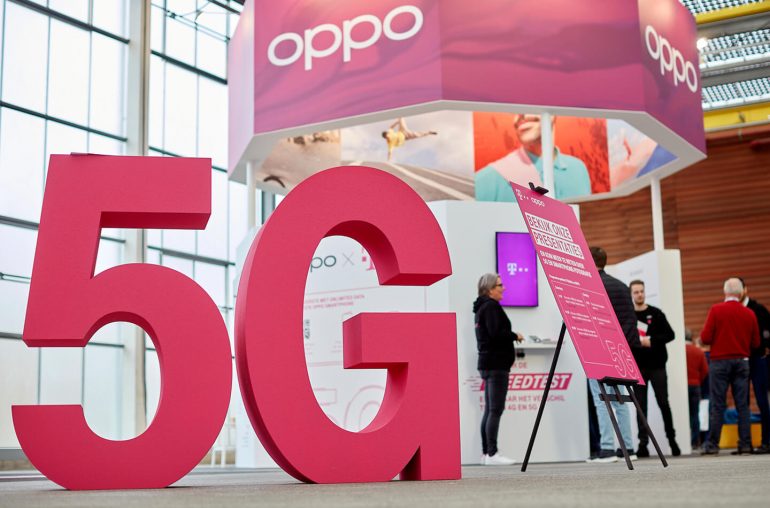 Oppo and T-Mobile organized the first public 5G test in the Netherlands. At a big tech event visitors could run a 5G SpeedTest and enjoy an AR cloud game.

Oppo is a pioneer in the field of 5G connectivity – the smartphone manufacturer was involved in the rollout of the very first 5G network in Europe. In April this year, Switzerland became the first European country to take advantage of 5G thanks to the local network provider Swisscom and the Oppo Reno 5G – this device allowed people to actually experience the incredible speeds. The Chinese company is also at the forefront in the Netherlands when it comes to the implementation of the 5th generation mobile data network.

In July 2019, the first 5G connection was established in the Netherlands by T-Mobile, with the same Reno 5G smartphone used during testing. Next year T-Mobile will roll out a nationwide 5G network in the Netherlands and last weekend the two companies held a special event to let the public test this next step in mobile connectivity. 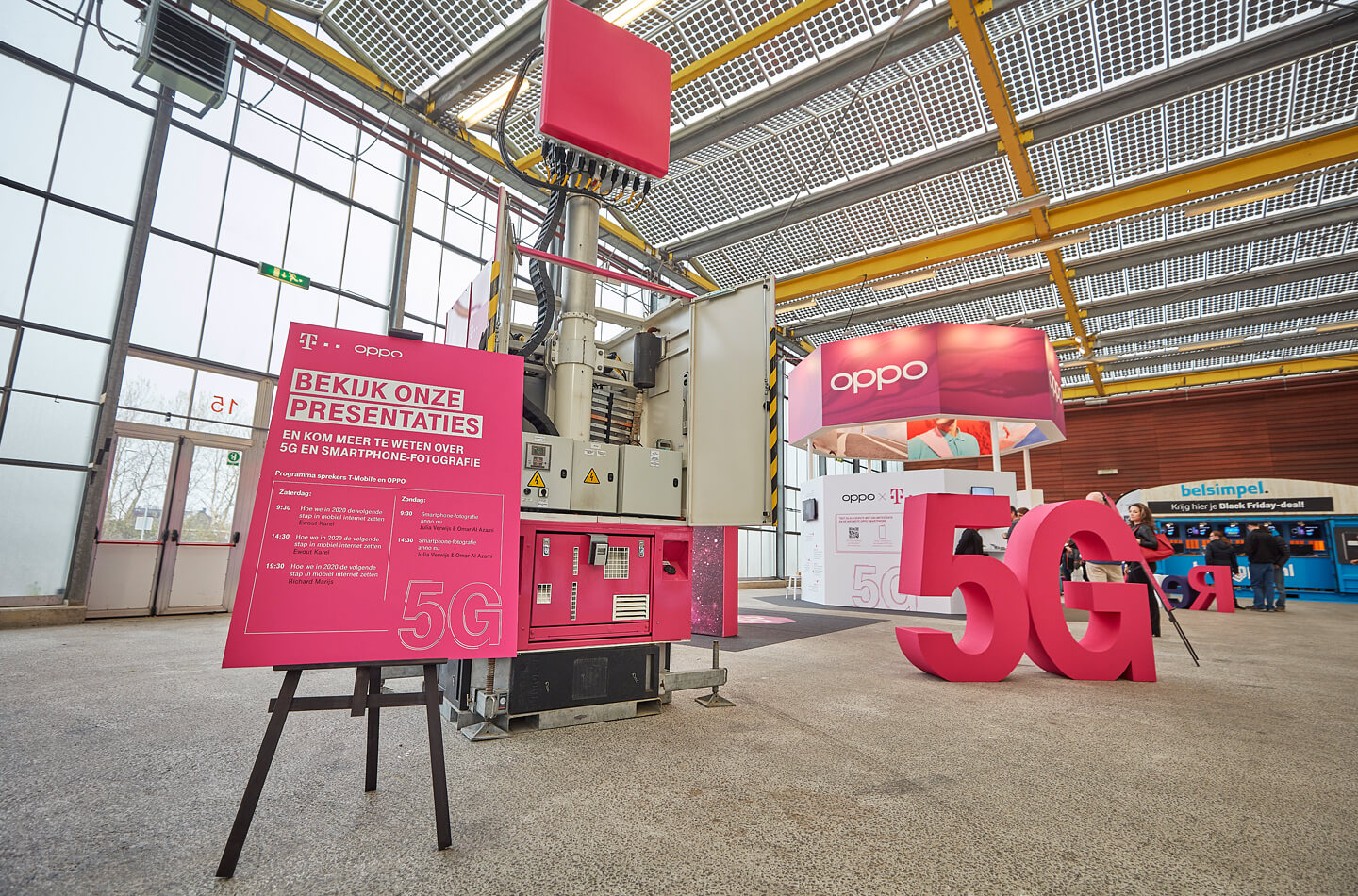 Oppo and T-Mobile had built up an impressive stand at the biggest annual tech event in the country – where people could experience the immense speed of the new mobile network.

The first reactions were very positive, which is of course to be expected. 5G mobile internet makes everything even faster – watching 4K video or streaming live content is a breeze. Apart from better connectivity to the cloud and all work-related advantages, 5G offers a shot at cloud gaming – with its low latency and fast speeds. 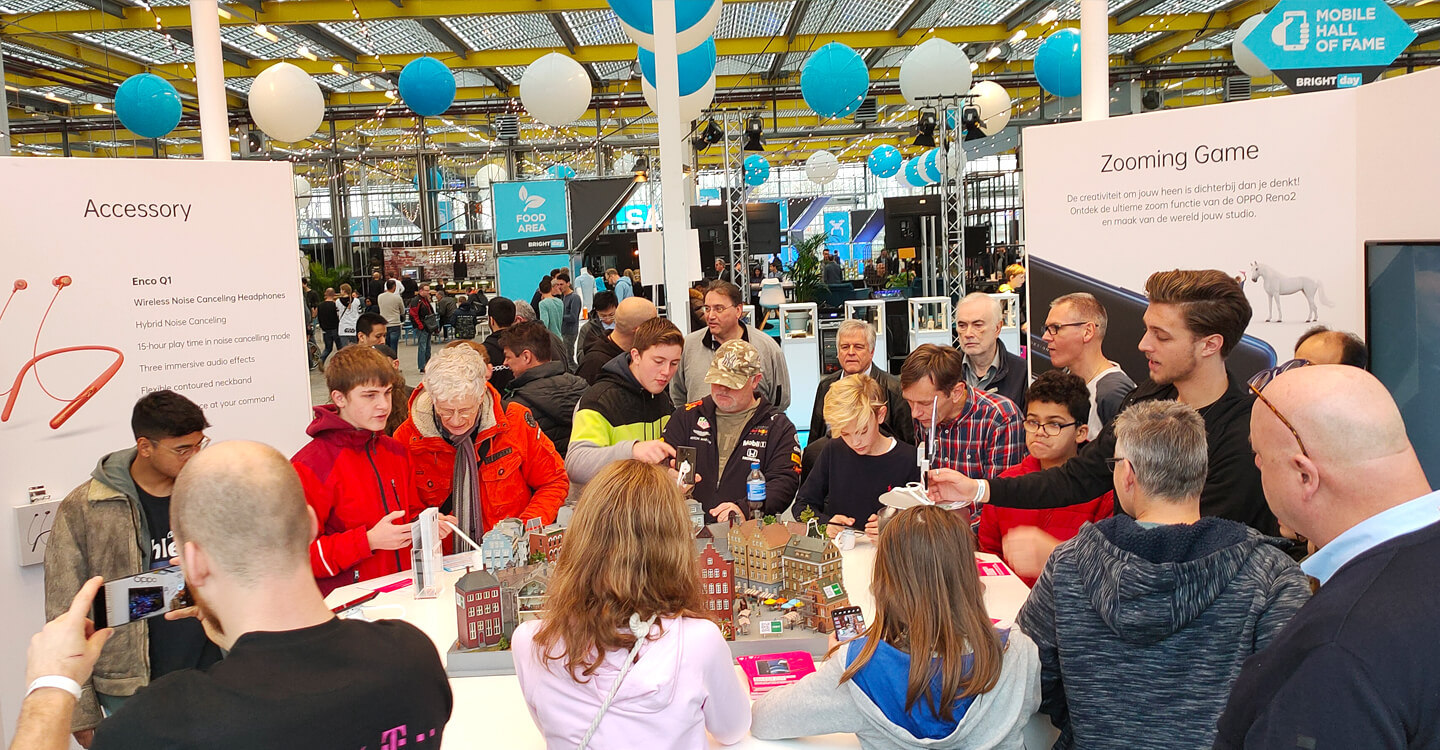 The low latency of the 5G network is best demonstrated in fast-paced applications, which require almost immediate response times – in other words – games. To demonstrate all the advantages of 5G, Oppo and T-Mobile set up a cloud game at the annual tech fair, based on AR (augmented reality). 5G is expected to further speed up development and expand functionalities in IoT (Internet of Things) and AR fields.

Playing a game is of course always fun, playing an AR game is even more interesting, and playing an AR cloud game on the 5G network is the ultimate experience. That was reflected by the enthusiasm and reactions of the audience during the event. 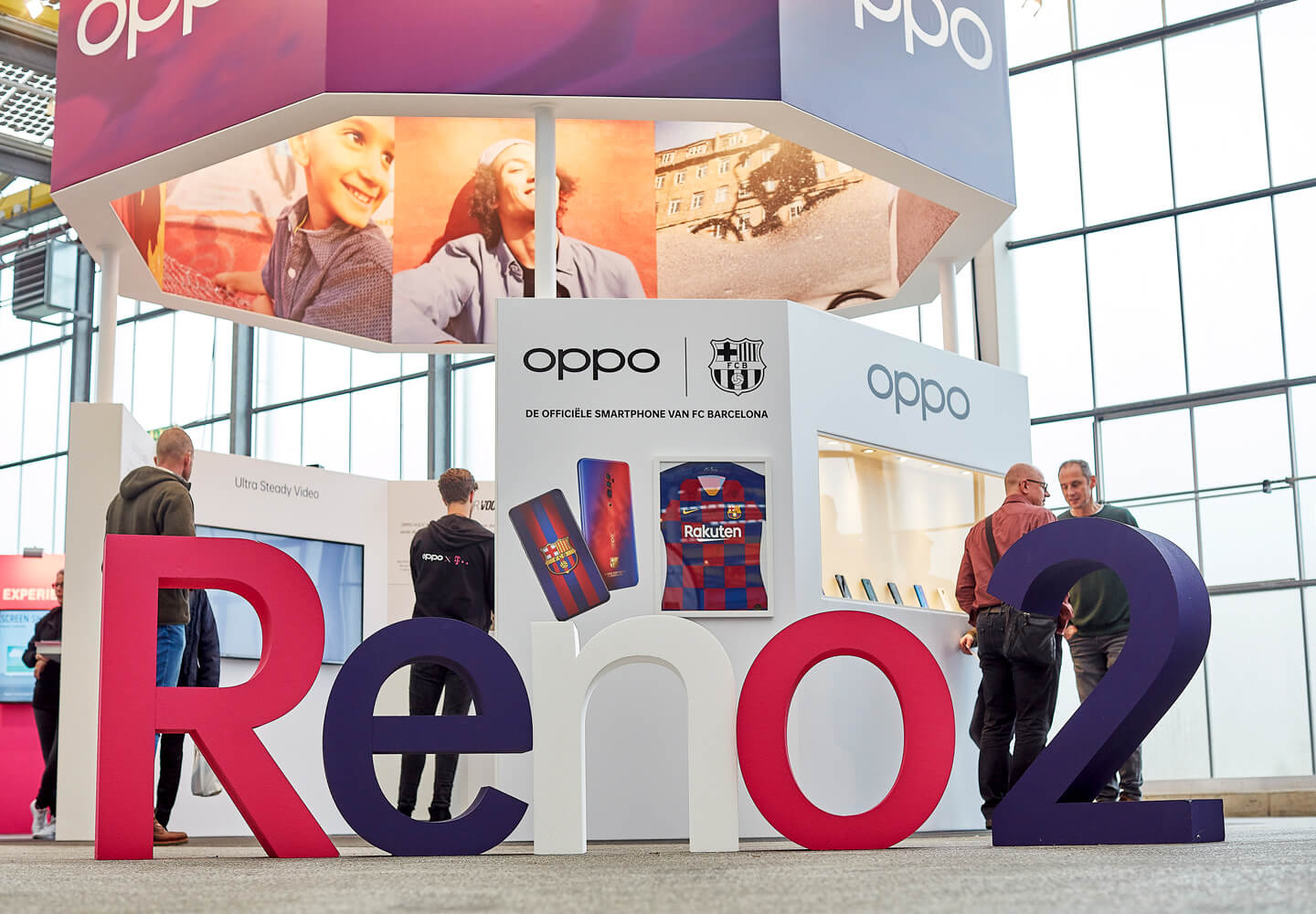 Oppo also demonstrated some of its current smartphones during the Bright Day 2019 event. Visitors were able to get their hands on the recently released Oppo Reno 2. A challenging test was set up to demonstrate the quality and capabilities of the quad-camera system. People were able to try the 5x Hybrid-zoom and test the low-light shots in a dark room.

LetsGoDigital currently has the Reno2 in the office for a review. We can already reveal that this Oppo smartphone offers an excellent price/performance ratio. Expect the full review soon!

Oppo is no stranger to the Limited Edition smartphone game either. To this end, the company has entered into partnerships with other leading companies, including car manufacturer Lamborghini and football club FC Barcelona. This gave birth to the Oppo Reno 10x Zoom FC Barcelona Edition and the Oppo Find X Lamborghini Edition . These special smartphones were also on display at the tech event.

There is more good news, Oppo China has announced that the new Reno3 Pro 5G will soon arrive. This 5G phone will probably also be released in European countries. Exciting times!