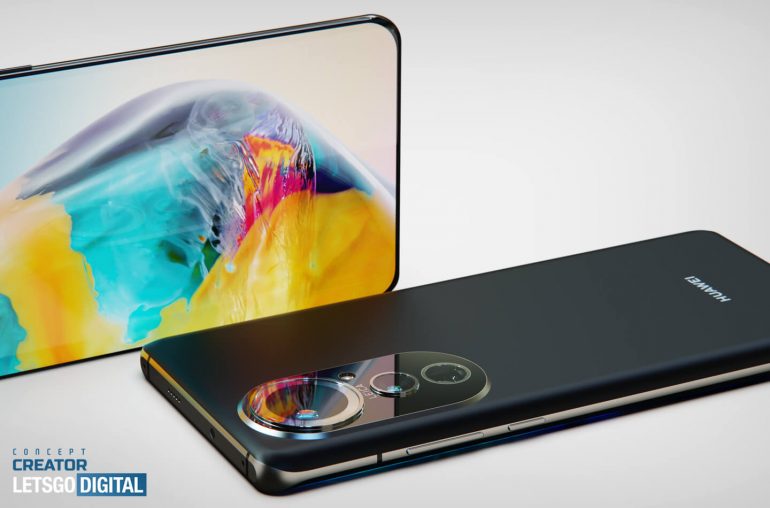 The high-end Huawei P50 series is expected to arrive soon. Read here what you may expect from the Huawei P50 Pro and its distinctive camera system.

Various smartphone manufacturers have already announced their flagship for the first half of 2021. Think of the Samsung Galaxy S21, the Oppo Find X3, the OnePlus 9 and of course the Xiaomi Mi 11. One by one high-end phone series, consisting of two or three models. Huawei will also soon reveal its new line-up. According to the latest rumors, the Huawei P50 series will be officially announced on Tuesday, April 27.

The new smartphones series will probably consist of three models. The Huawei P50 will be the base model, followed by the P50 Pro and finally the P50 Pro Plus. In this publication we limit ourselves to the Pro model. As in previous years, there will be an emphatic focus on the camera system. 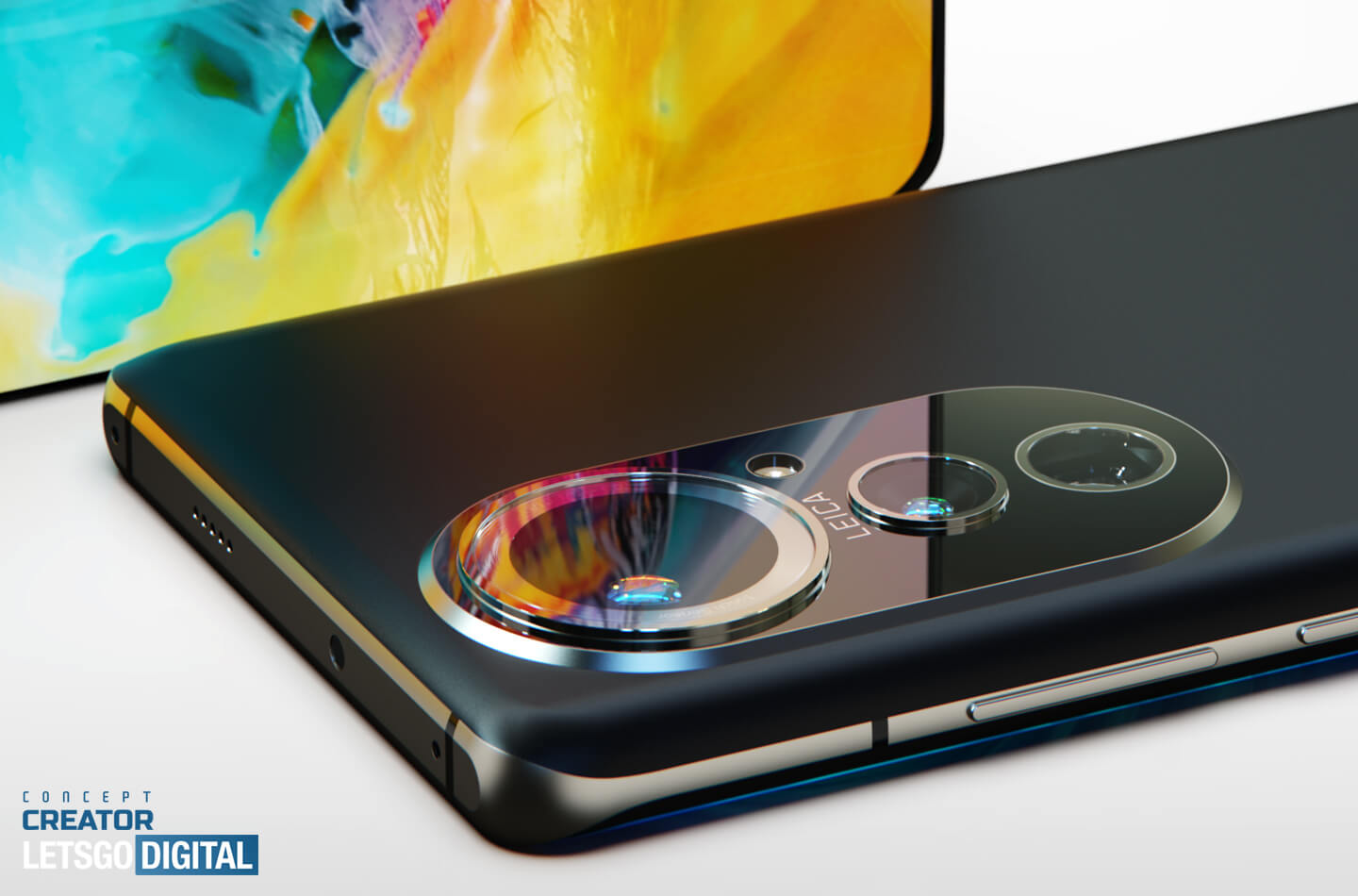 For a long time, the design and functions of the upcoming P50 models remained unknown. However, quite a bit of information has already appeared online. Two weeks ago the first product renders of the P50 Pro model appeared online, by OnLeaks. Striking here was the gigantic camera system. The source was not yet able to provide any information about the configuration.

Possibly the P50 Pro will be the first smartphone to incorporate a 1-inch image sensor; the Sony IMX800. Both the P40 Pro and the Mate 40 Pro were equipped with the previous generation; the Sony IMX700 has a size of 1/1.33 inch. A 1-inch sensor would be a huge step forward.

A larger image sensor can receive more light and is therefore better capable of capturing good quality images, especially in poor light conditions where high ISO settings are required. The Sony IMX800 is expected in April. These dates correspond to the expected release date of the P50 series, we will come back to this later. The same source indicated via Twitter that the P50 Pro will have three cameras; wide angle, ultra wide angle and a periscopic zoom lens.

Based on all available information, the Dutch graphic designer Jermaine Smit, aka Concept Creator, has designed various digital product images in which the new Pro model is shown from all sides. Jermaine also made the video animation below, of course the renewed and unmissable camera system is also extensively discussed.

As for the name, it is almost certain that Huawei will keep the same name structure as in previous years. In other words, the P40 series will be succeeded by the P50 series. Huawei seems to want to continue this strategy in the coming years, according to a series of trademarks that the company has recently registered in the Philippines.

On March 29, 2021, Huawei Technologies registered the names P50, P60, P70, P80 and P90 with the Intellectual Property Office of The Philippines (IPOPHL). The same applications have now also been included in the database of the European Union Intellectual Property Office (EUIPO). Here you can take a look at the trademarks for P50, P60, P70, P80 and P90.

Logically, different variants of these models will also appear, such as a P60 Pro, a P60 Pro Plus, etc. But before all of this happens, the P50 series will first arrive, whereby the P50 Pro is placed between the base model and the top model.

Design and functions of the P50 Pro

The Huawei P50 Pro is expected to have a curved display on the sides. The display size and resolution will likely remain the same as its predecessor. It is a 6.6-inch OLED display with a QHD + resolution (2640 × 1200 pixels) and a high 120Hz refresh rate. The fingerprint sensor will be placed under the screen. In addition, the bezels will be further reduced, creating an even larger screen-to-body ratio.

Last year, a dual selfie camera was chosen, which was placed in the top left corner. This time, Huawei seems to prefer a single punch-hole camera, which is located in the center. The new placement also allows you to take better selfies, as the camera is always straight in front of your face. Cameras placed in one of the corners make it more difficult to photograph a straight face.

The device gets a high-quality metal frame and a glass back panel. The rear is dominated by the uniquely designed camera system, which also protrudes slightly from the housing. Huawei will not only use a high-quality Sony sensor, the Chinese manufacturer has had a successful collaboration with the renowned German lens manufacturer Leica for years.

Furthermore, it is expected that the Huawei P50 Pro 5G will incorporate an IR blaster and a dual speaker on the top and bottom of the device. According to some, Huawei also wants to pay extra attention to the gaming functions this time. The HiSilicon Kirin 9000 SoC with integrated 5G modem is placed under the hood. This chipset was also used for the Mate 40 series and Mate X2 foldable smartphone. 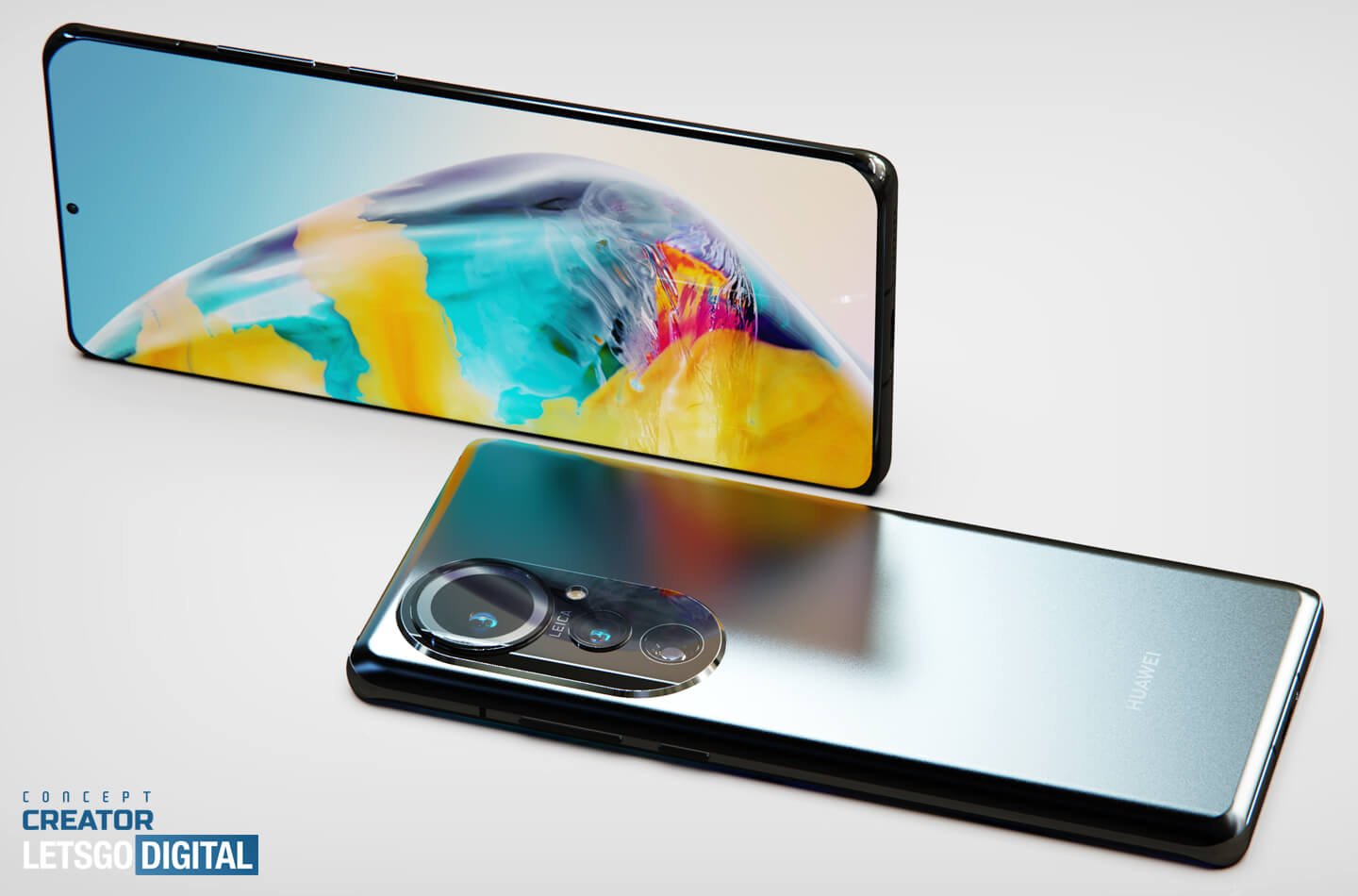 Previously, the new P-series models were announced in March. However, Huawei has postponed the introduction by at least a month this year. The 1”-sensor from Sony may be partly related to this. In addition, Huawei hoped for easing from the US government, now that President Biden has taken over from Trump. However, the new government seems to see little reason to lift the trade ban.

It was briefly thought that Huawei would schedule a press conference for the HarmonyOS 2.0 operating system on April 24. This OS is expected to debut as the operating system for future Huawei smartphones. The introduction of the new Huawei P50 series would follow three days later. However, some days ago Gizchina announced that the company is again facing delays in the supply chain. As a result, Huawei would be forced to postpone the launch until June this year.

A Lite variant does not seem to be on the schedule this year. The reason for this; the base model will most likely be equipped with a slightly less powerful chipset, the Kirin 9000E, instead of the Kirin 9000. Thus, the Huawei P50 can take over the role of the Lite model. This was probably decided due to a shortage of Kirin 9000 chips, caused by the US trade ban. In the coming period more details will undoubtedly be known about the new P50 line-up. 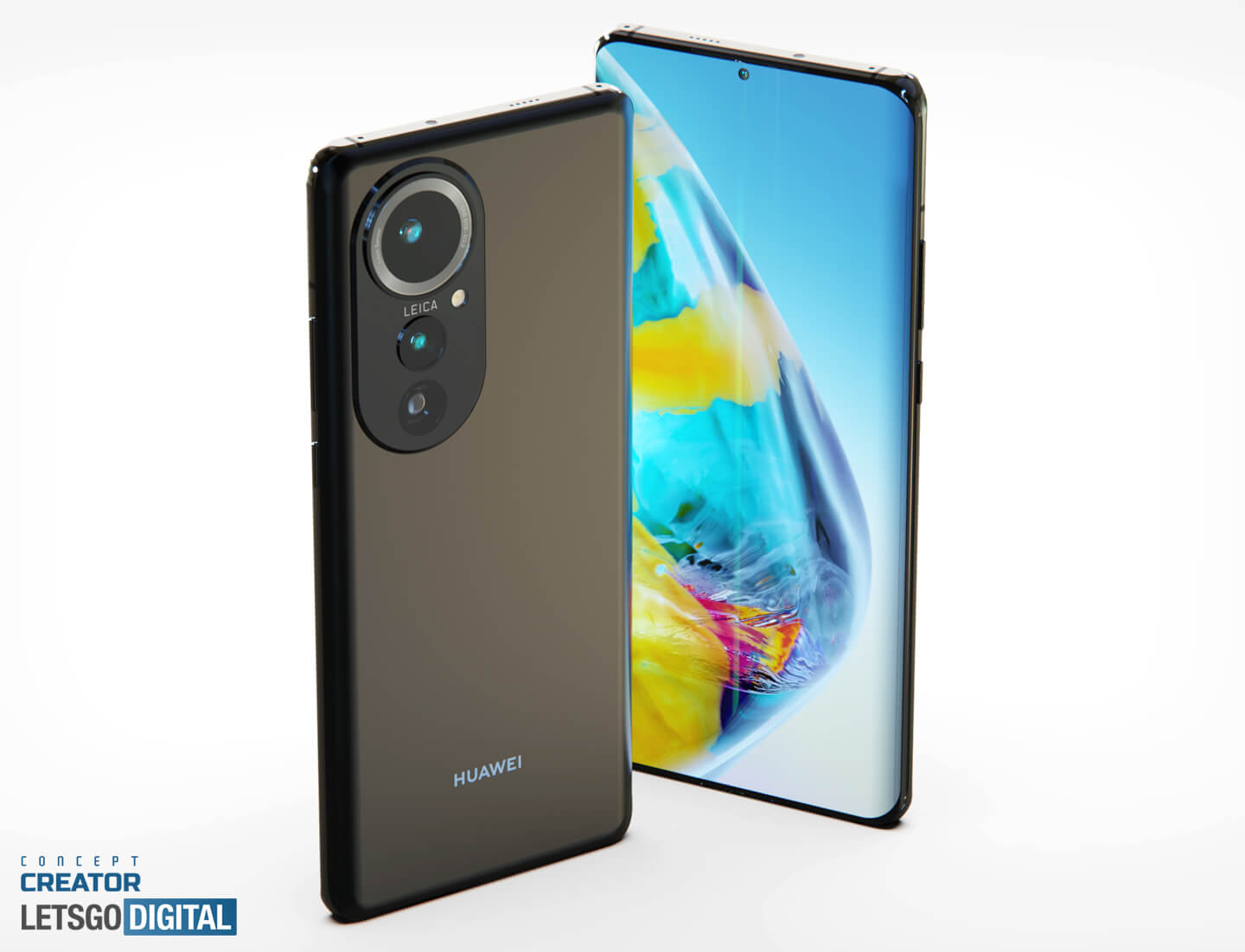 Note to editors : The product renders presented in this publication are created by Dutch graphic designer Jermaine Smit (aka Concept Creator). The images are for illustrative purposes only. This product is not for sale. The 3D renders are copyright protected and licensed to LetsGoDigital. Feel free to use these graphics on your own website, please be so respectful to include a source link into your publication.