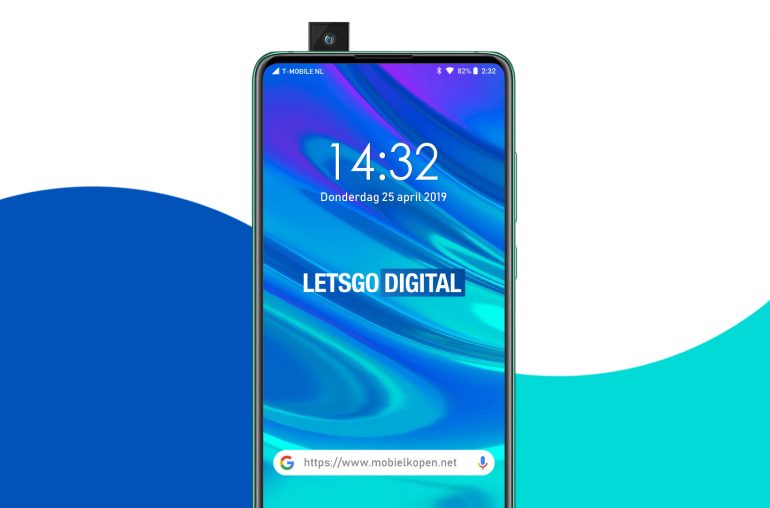 Huawei is about to launch their first phone with a pop-up selfie-camera. The Huawei P Smart Z is a mid range smartphone with a large battery capacity.

Lately more and more smartphones feature a pop-up or slider camera. This trend was initiated by Vivo and Oppo last year, with phone models like the Vivo NEX and Oppo Find X. Other manufacturers followed soon, first Xiaomi with the Mi Mix 3 and earlier this month Samsung, with the Galaxy A80. It seems Huawei will also introduce their first smartphone with a pop-up camera soon. 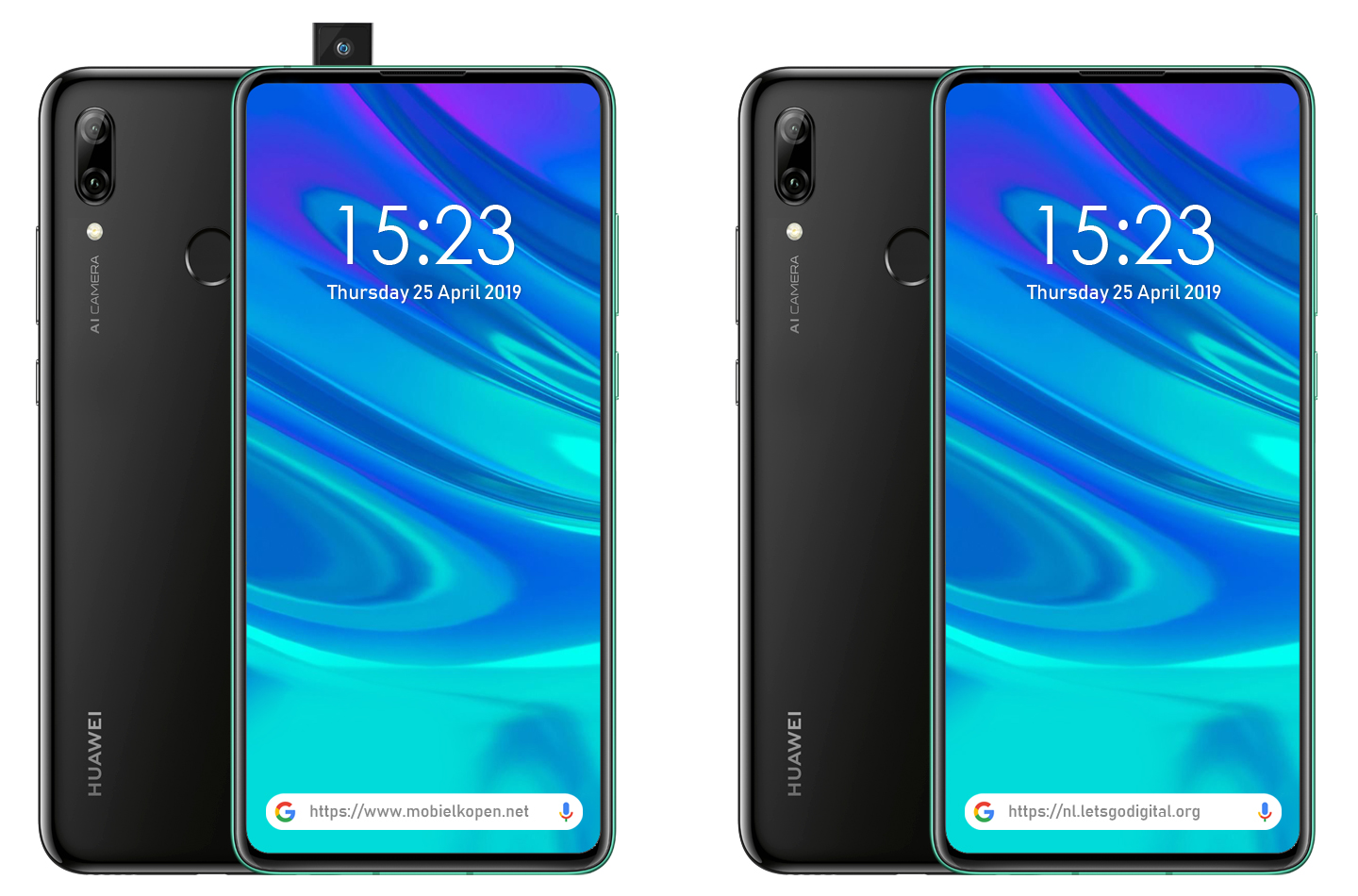 Last month LetsGoDigital reported Huawei filed a trademark for two new mid range smartphones, the Huawei P Smart Z and the P Smart X. At the time, it was unknown what to expect from these new models. In the meantime, our friends over at MobielKopen found out that the Huawei P Smart Z will be the companies first smartphone with a pop-up camera. The Dutch site shows the first real renders and unveils most of the specs of this new model.

The new mid range Huawei smartphone will be driven by an octa-core HiSilicon Kirin 710 processor with 4GB of RAM and 64GB storage memory. In addition, the P Smart Z will feature a high-capacity battery of 4.000 mAh. To compare, the recently announced Huawei P30 comes with a 3.650 mAh battery and the earlier this year released P Smart 2019 and P Smart+ both feature a 3.400 mAh battery.

At the rear a dual-camera is placed with a 16 megapixel (f/1.8) and 2 megapixel (f/2.4) sensor. The fingerprint scanner can also be found at the back. In addition, music lovers will appreciate the presence of a 3.5mm headphone connection.

The Android Pie smartphone has a weight of 197 grams and dimensions of 163.5 x 77.3 x 8.9mm. The Huawei P Smart Z is expected to arrive in three colors: black, green and blue and will carry an estimated retail price of €210. Huawei’s first phone with pop-up camera will likely be introduced soon.