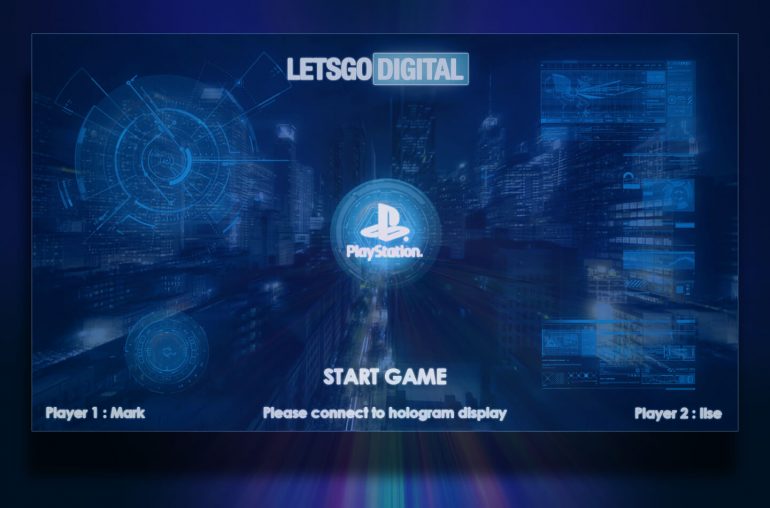 3D hologram display from Sony suitable for playing multiplayer games via a PlayStation console. Including eye tracking, face recognition and cameras. Also compatible with the Microsoft Xbox One and Nintendo Switch consoles.

While everyone is waiting for the PlayStation 5, Sony seems to have some more creative ideas when it comes to console gaming. Sony has been granted a patent for a 3D holographic display, that is compatible with a game console to experience PlayStation 3D games without the need of 3D glasses. Are you more a fan of the Xbox One X or the Nintendo Switch? These game consoles will also compatible and possibly even your smartphone…

Works without glasses and also compatible with Xbox and Nintendo

Halfway through 2017 Sony Interactive Entertainment applied for a patent for a ‘holographic display screen’ with USPTO (United States Patent and Trademark Office). The patent was published on 3 September 2019 and describes the technical operation of a display that can show holographic content, in particular video games. 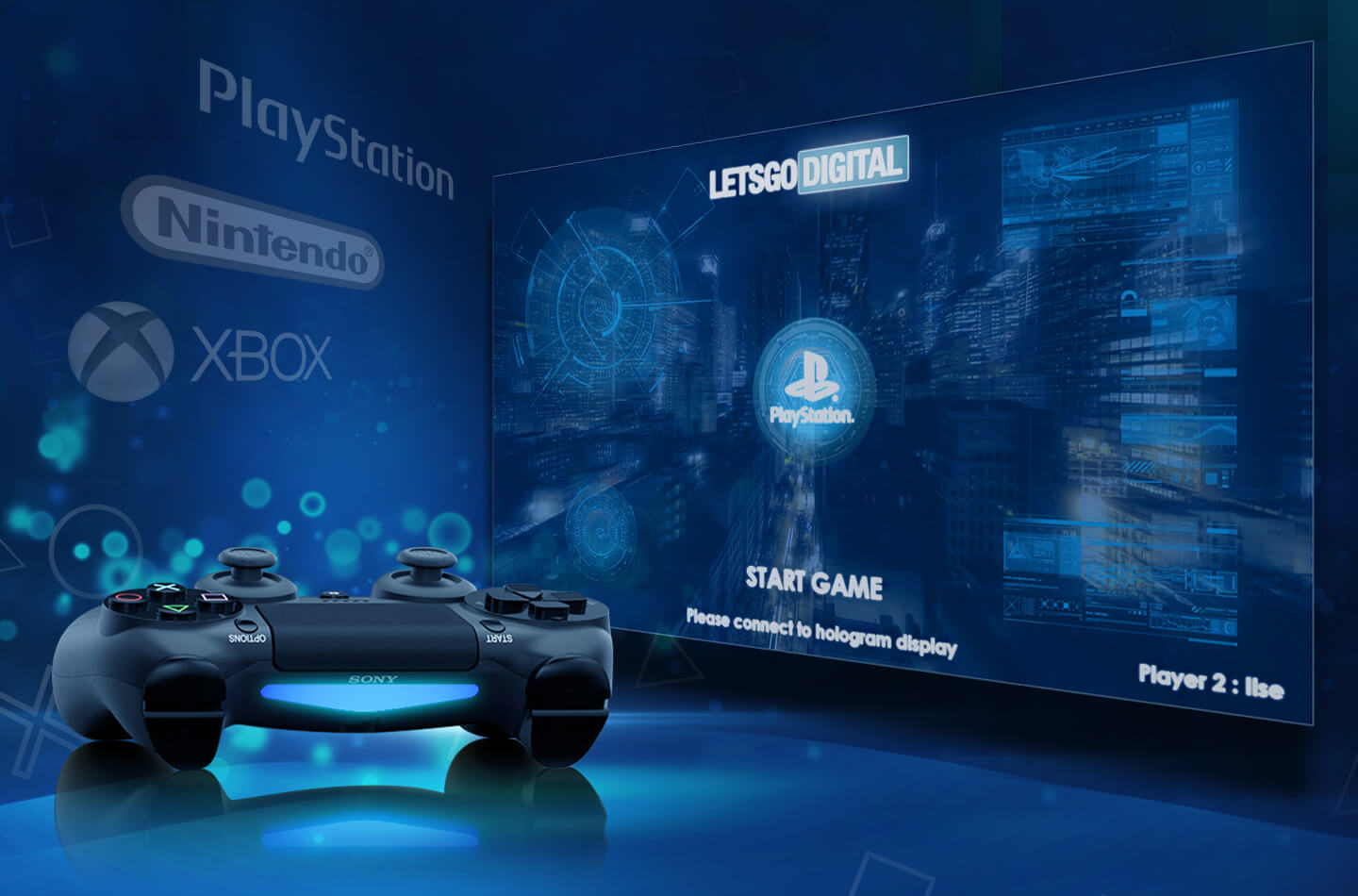 Unlike the majority of 3D solutions that are currently available, Sony’s holographic screen does not require the user to wear 3D glasses. That is of course a big advantage, after all, those glasses provide less comfort and freedom of movement during gaming. Moreover, they are quite expensive.

To generate holographic images, Sony uses a light emitter and a large number of micro mirrors that can move / tilt at high speed, which benefits the light reflection. The light emitted is modulated so that the left and right eyes each have a different image projected, this way images can be experienced in 3D.

In addition to detailed eye tracking, facial recognition will also be included. Face recognition is also used to determine if one or more people are looking at the holographic display. In addition, cameras and a light sensor are used to calculate the distance from the gamer to the screen. The holographic screen is even capable of recognizing gestures, including blinking your eyes, winking or nodding the head.

The sensors can be placed anywhere around the display, for example in the upper screen bezel, but it is also possible that all sensors are placed under the screen. This way a complete bezelless display can be created, according to the patent description.

Gamers can continue to move their heads while playing a 3D game, thanks to the micro mirrors the image is continuously adjusted. It is also possible to use the screen for displaying 2D content. Sony even sees opportunities to have one user look at a 3D image, while the second user is presented with a 2D image – while looking at the same screen. There is also talk about displaying a virtual reality game via the three-dimensional holographic screen. 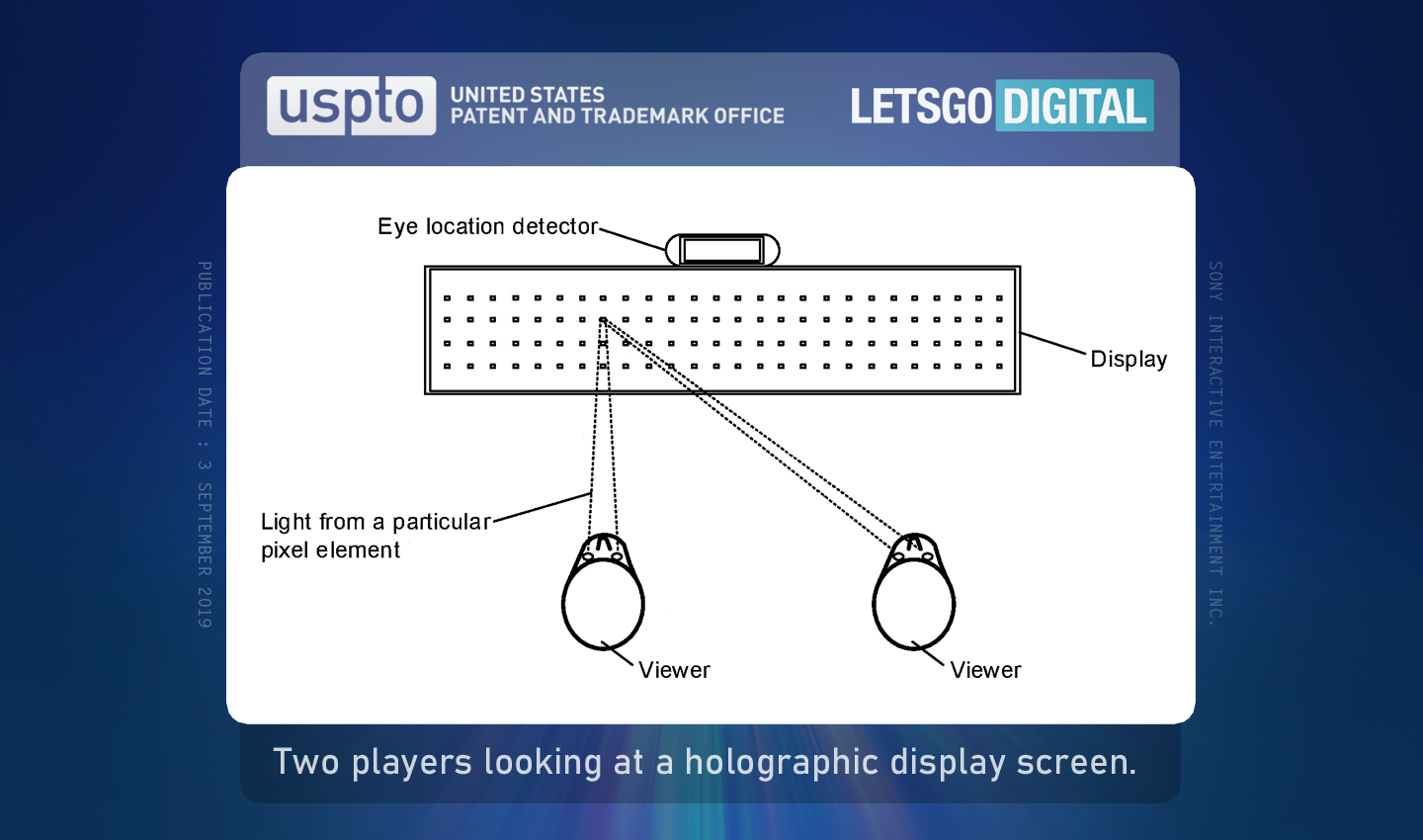 The great thing about this invention is that the hologram display will be compatible with a Sony PlayStation console. This makes it possible to experience PlayStation games as a 3D hologram and to play via your trusted DualShock controller. Incredible right ?! But the possibilities don’t stop there, as the Microsoft (Xbox) and Nintendo (Switch) consoles are also mentioned as compatible devices. Moreover, the 3D screen may also be compatible with smartphones, virtual reality (VR) headsets and augmented reality (AR) headsets.

Whether Sony really intends to market such a holographic screen is as yet unknown. You may assume that such a product will become too expensive to have in the living room. It would of course be a fantastic addition to a game hall, where you can play a hologram game with multiple gamers. The patent also describes the possibility of modularly connecting the screens to each other, ideal during a large game event.

Sony already has many years of experience with hologram technology. 10 years ago, the Japanese manufacturer already showed a 360° holographic display prototype at the Digital Content Expo 2009 in Tokyo. This device is demonstrated in the corporate video below.

Sony is not the only manufacturer that sees a future in 3D multiplayer games, without the need to wear glasses. In March 2018, the Australian company Voxon Photonics showed the world’s first 3D Volumetric Display in 4K resolution. In addition to gaming, this technology can also useful for education purposes and medical science, the company said. The video below demonstrates the possibilities.

Here you can find the patent of the Sony holographic display.