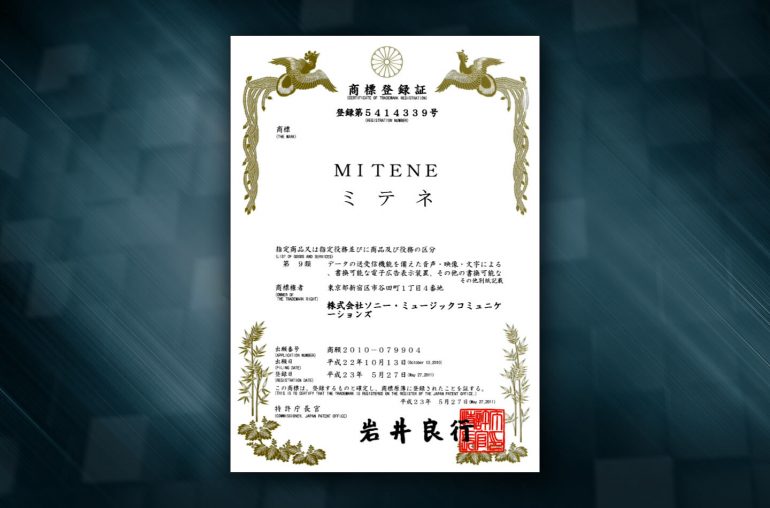 Sony Mitene AR digital signage display comes to the US

Sony Mitene is a 4K interactive digital signage platform based on AR technology and designed for businesses. 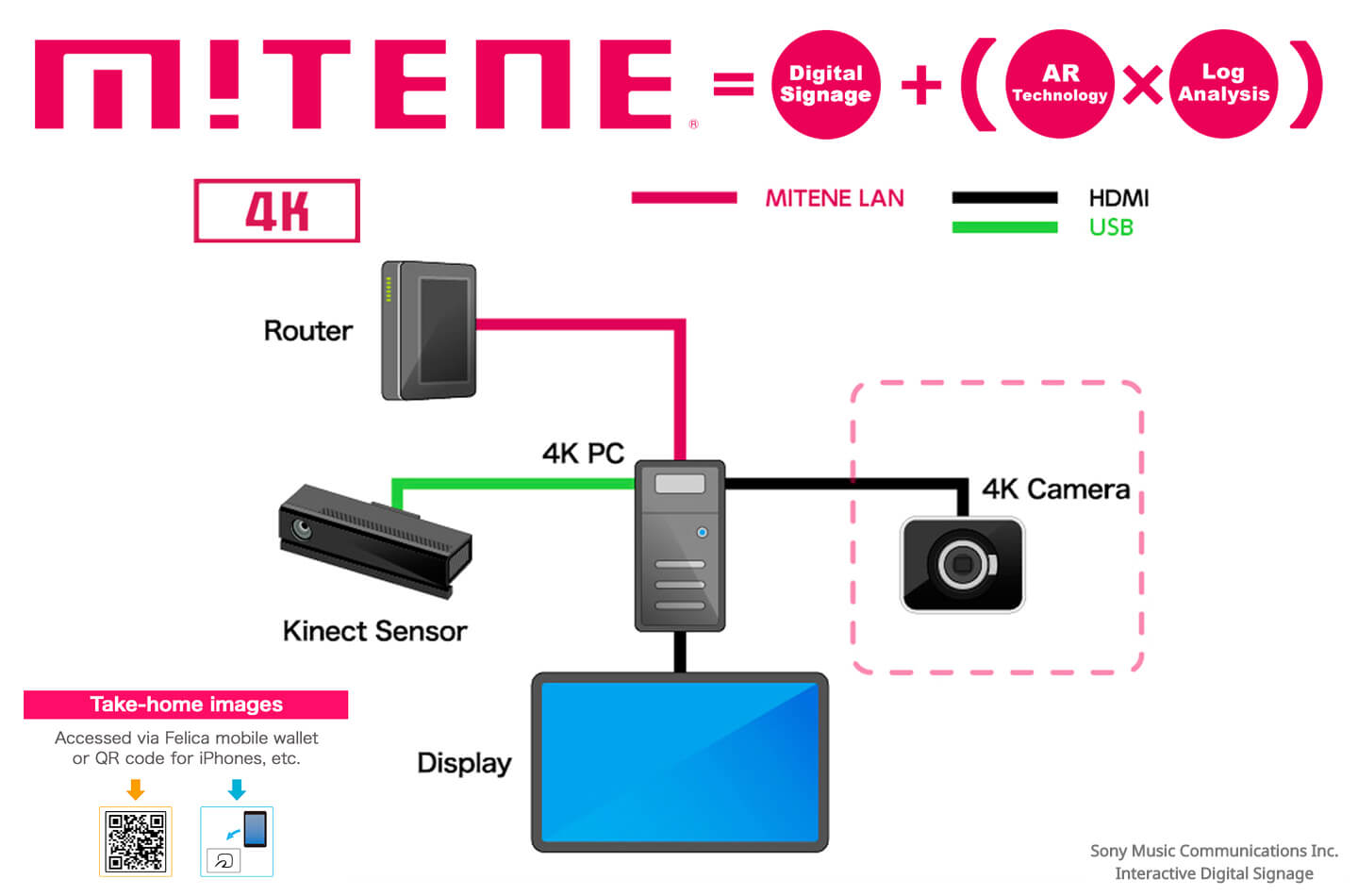 US patent for Sony Mitene

It seems the company is now ready to enter other regions with their innovative AR-based technology, as Sony Music Communications Inc. fills a patent with the USPTO (United States Patent and Trademark Office) for the word Mitene.

The display is not meant for home use, but can be used in banks, restaurants, stores and other public places. Sony first showed this technology at the HCJ 2012 (Japan’s largest exhibition for hospitality, food service and catering industries). The AR display with motion detection can transform content instantly, generating, for example wave patterns or star particle showers in response.

The Sony Mitene AR-display can detect a viewer’s face and instantly determines sex and age range, to play content that matches the viewer’s attributes. Besides recognizing faces, the system also offers specific image detection, to play content in response to certain preset images. This can be effective in deploying advertisements linked with paper materials.

Send photos to your smartphone

Sony Mitene AR is not just for entertainment on the system screen. Users can also capture photos to take home on their smartphone. Pressing a button during the AR experience starts a countdown to take a photo. After the photo is captured, users can scan a QR code to transfer an image download URL to a smartphone.

Viewer attribute information is not just used for playing augmented reality content, but is also collected as viewer logs. The log data can be checked on the control screen for use in evaluating the effects of the advertisement and as marketing data. In addition, Sony Mitene collects the number of playbacks and the snapshot logs.

It seems CES 2018 will be the perfect place for Sony to introduce its digital signage display to the American audience. The Consumer Electronics Show will be held January 9-12, 2018 in Las Vegas, Nevada.