Expanding our world with Augmented and Virtual reality

The way we experience the world around us has changed drastically over the years. The rise of mobile technology means we are no longer confined to our physical world. Augmented reality (AR) and virtual reality (VR) have added new layers of home-entertainment, information and education to our lives in ways that we have never experienced before. 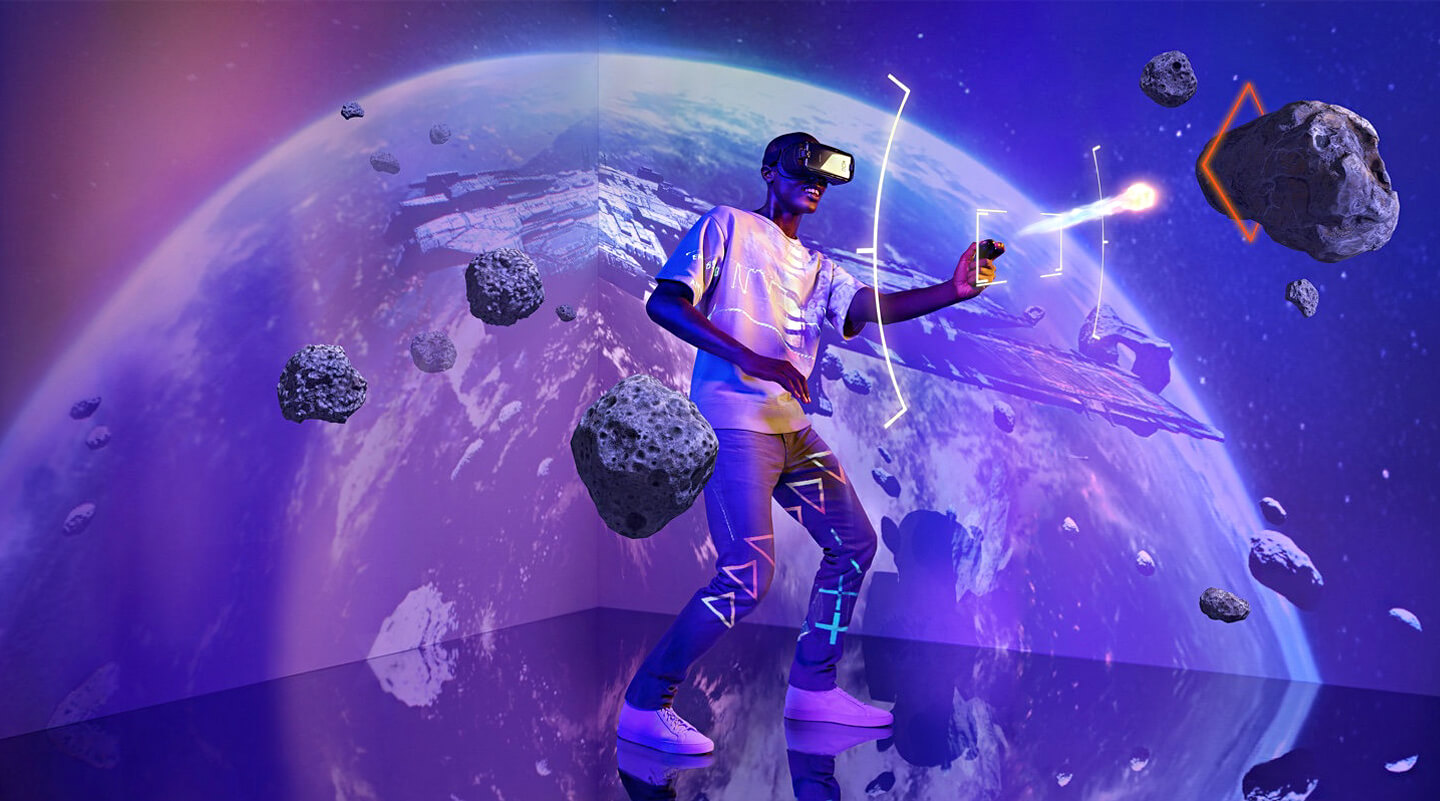 By combining our expertise in hardware design and engineering with the incredible advancements of our software, we are driving the digital future and creating previously unimagined opportunities for our developers and consumers alike.

At Samsung, we believe the democratization of this technology will foster a creative environment for developers to create amazing new applications and experiences. As these technologies move to the mainstream, it’s up to the industry leaders to adopt a collaborative and open approach to help Augmented and Virtual reality flourish. 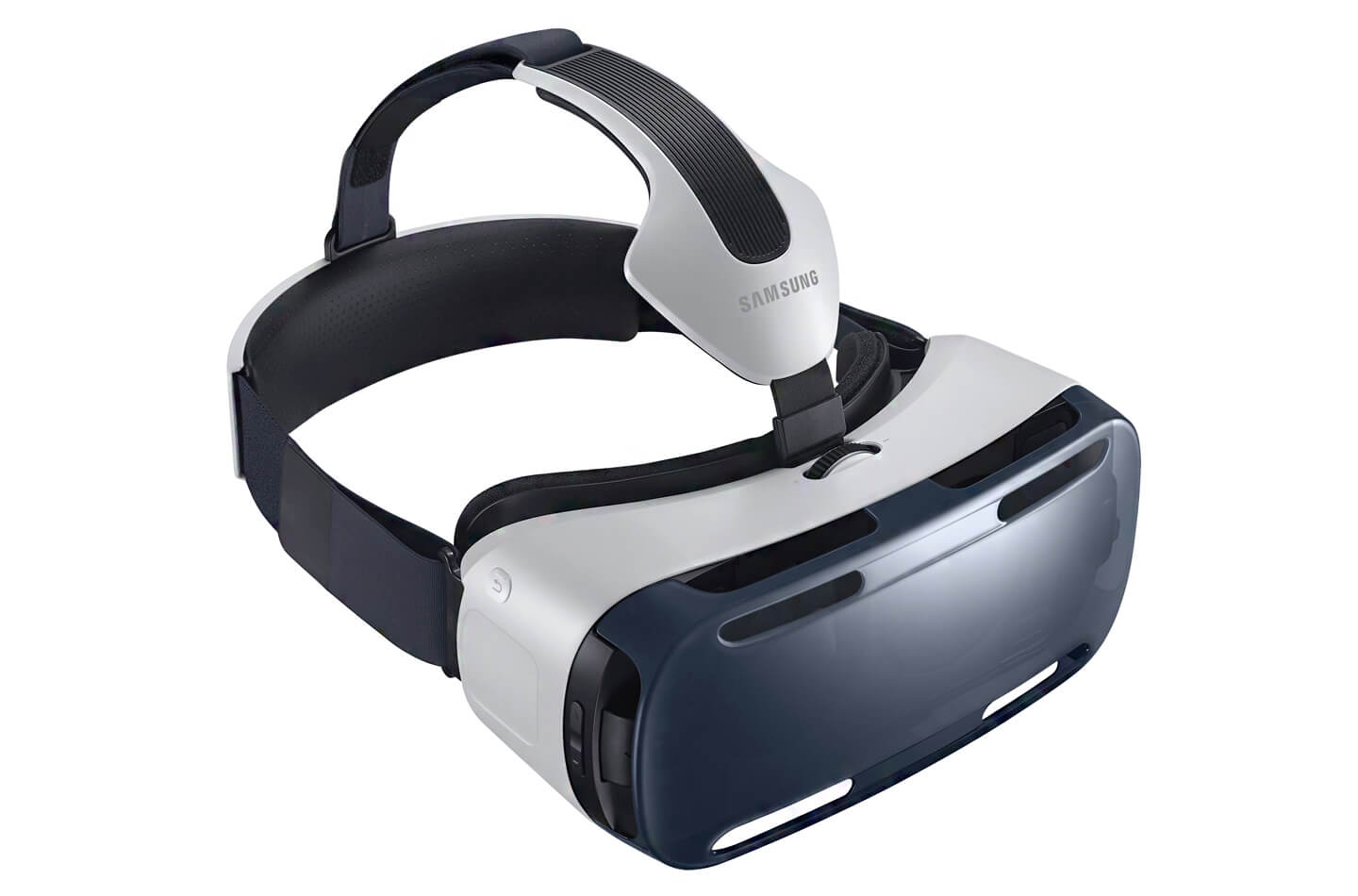 As one of the top vendors in virtual reality entertainment and electronic devices, Samsung is already at the helm of building the technology for a next-level VR experience, changing how people use their smartphones and experience the world around them.

As the appetite for VR contents continues to grow, so has Samsung’s spirit of innovation. At SDC 2017 in San Francisco the company showcased their latest VR solutions to help educate developers on the possibilities that exist when building within Samsung’s VR ecosystem. 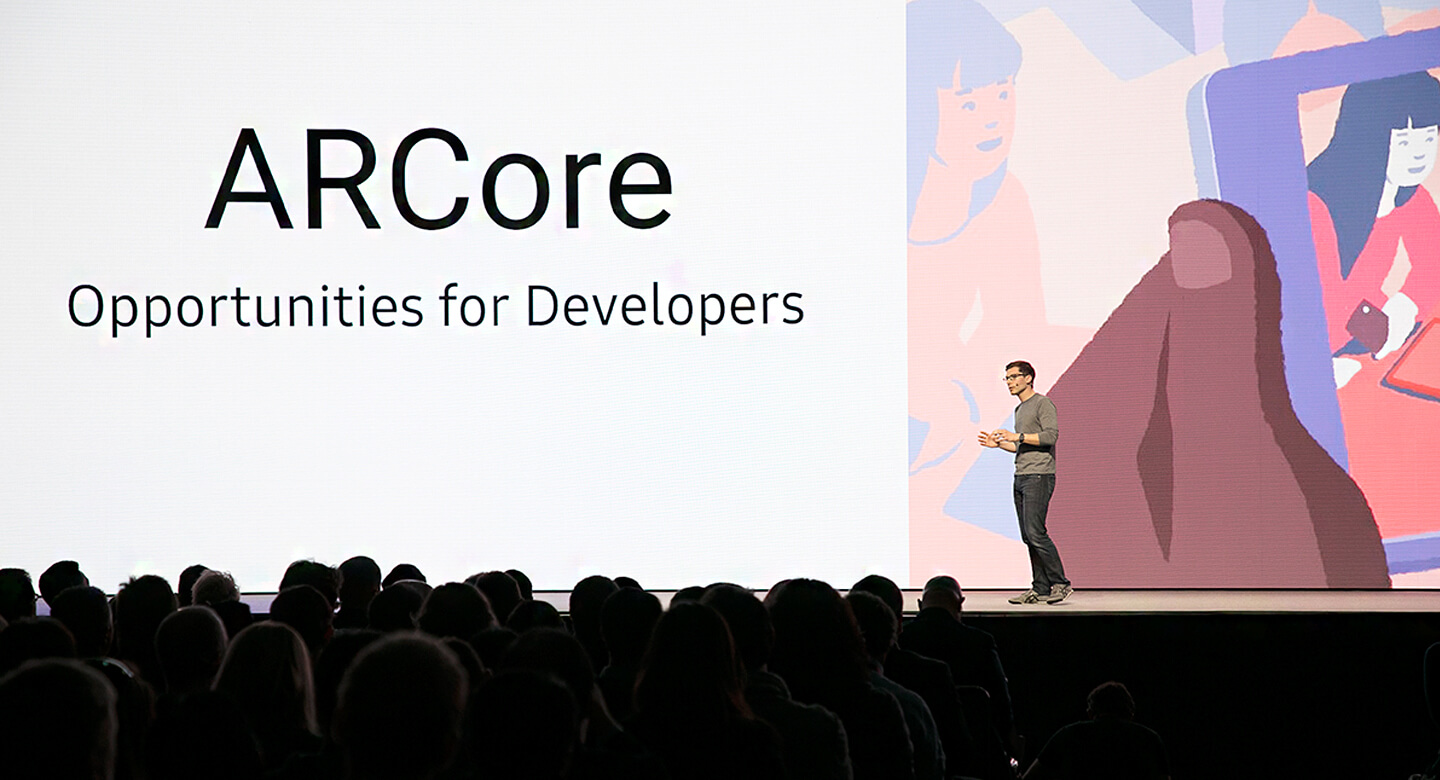 • Samsung VR, a premium video service offering the best in 360 immersive content taking you anywhere from the cockpit of an airplane, to the depths of the ocean or the far reaches of the universe with your Galaxy phone and a Gear VR.

• Samsung Internet VR, a Gear VR-optimized browser that allows users to surf the web and enjoy videos and photos on a large, virtual screen creating an immersive experience as if users were at the theater.

• VRB Photo, a fun and social 360 photo sharing solution developed as part of Mobile Platform and Solutions lab of Samsung Research America, which allows users to create and share fun effects on top of 360 photos shot using cameras like Gear 360. 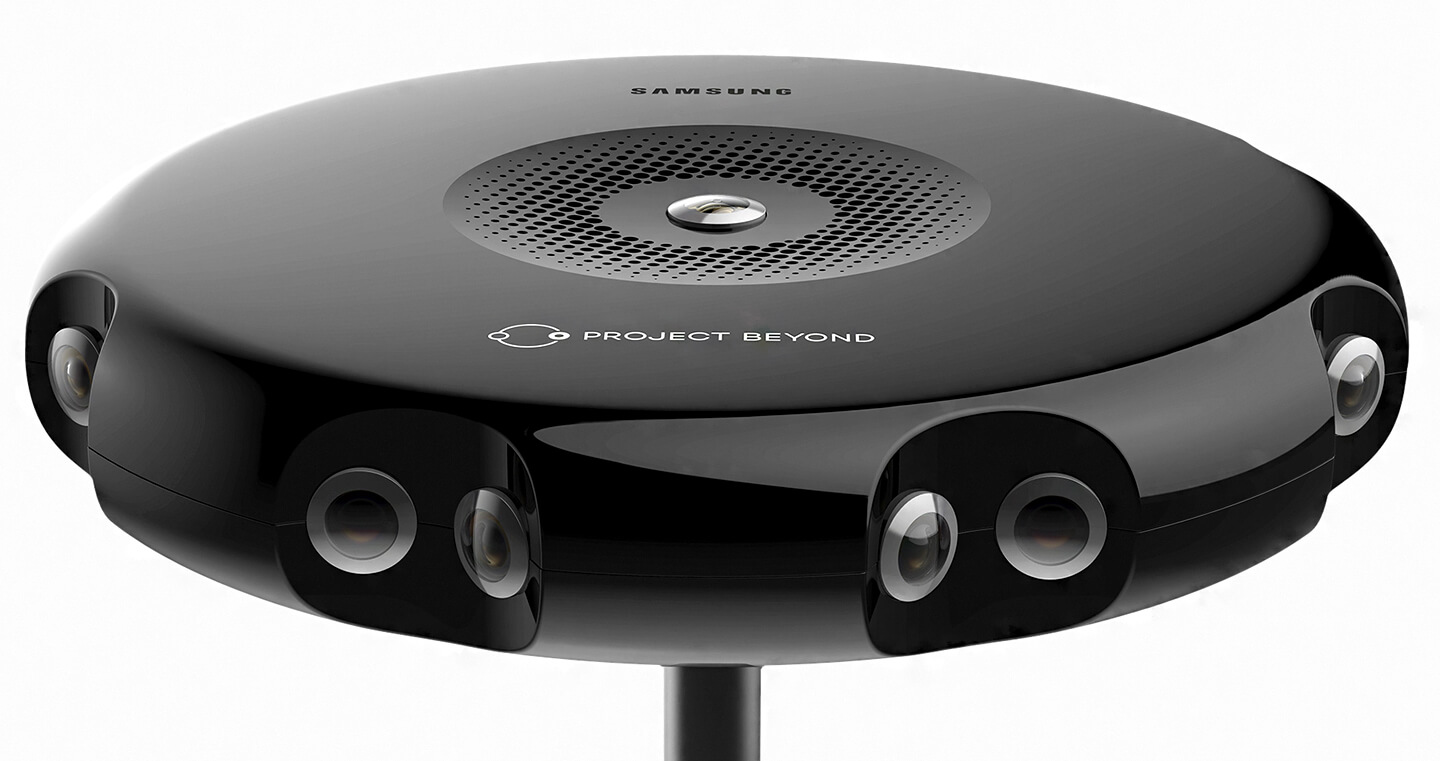 Developers can pair these services with hardware like the Gear 360, as well as the recently released 360 Round – a new camera featuring 17 lenses able to capture a fully horizontal 360-degree sphere for developing and streaming high-quality 3D content for Virtual reality.

With these premium hardware and software combinations, developers can create new digital environments that challenge our thinking of what’s possible while driving excitement and ultimately adoption of these new technologies.

As these technologies advance, Samsung believes that it’s important for the industry to provide greater access to this rapidly expanding market through an open approach to partnerships and close collaborations that drive valuable experiences for consumers. 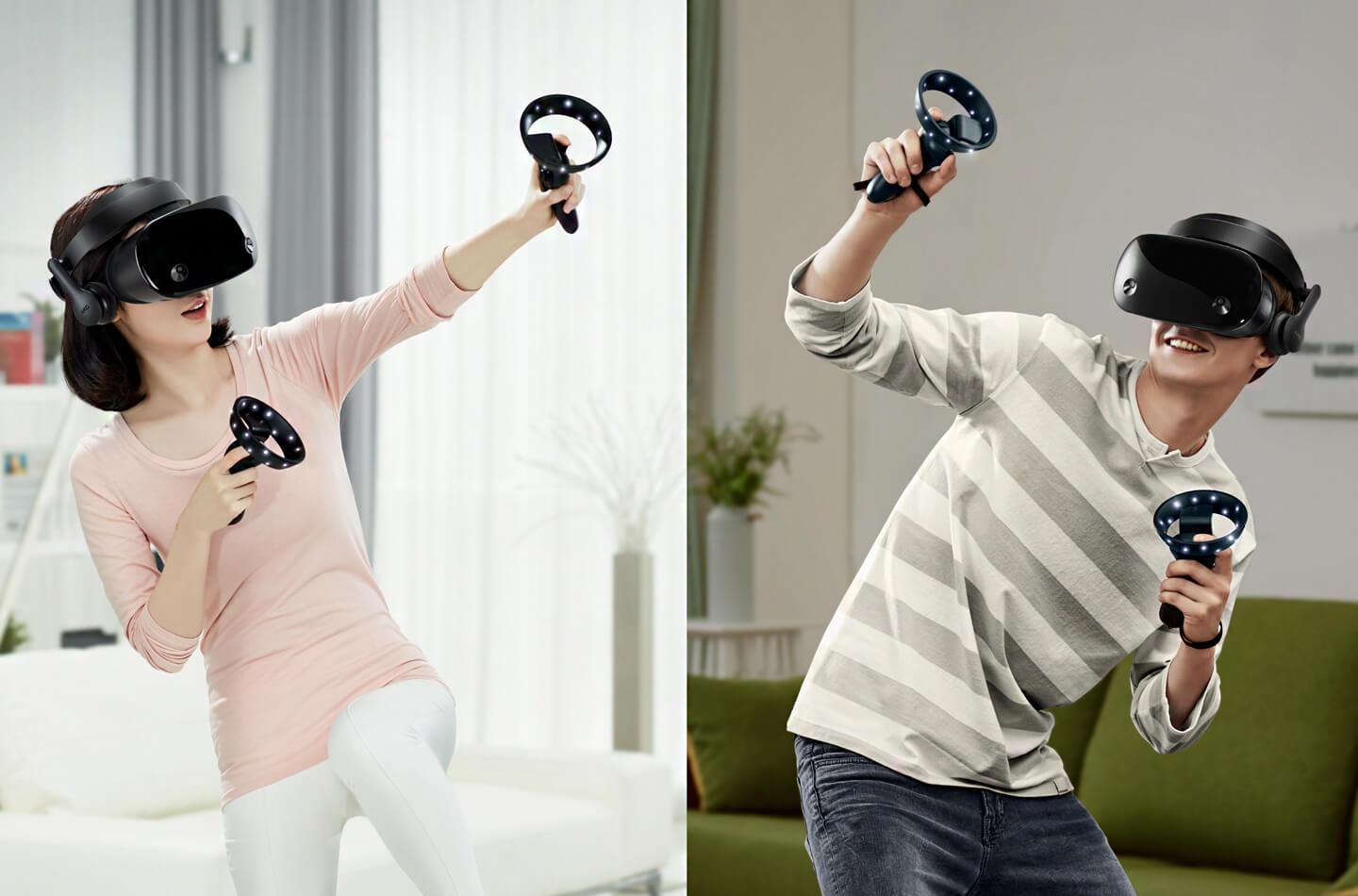 The recent partnerships with top content creators like The New York Times gives our customers access to professional VR content while integrations with Microsoft have led to new innovations like the HMD Odyssey headset, considered the most immersive Windows mixed reality headset available.

With dual 3.5-inch AMOLED displays, 110-degree field of view, and 360-degree spatial sound, the Samsung HMD Odyssey promises a journey to a world of games, videos, and socializing that knows no limits. 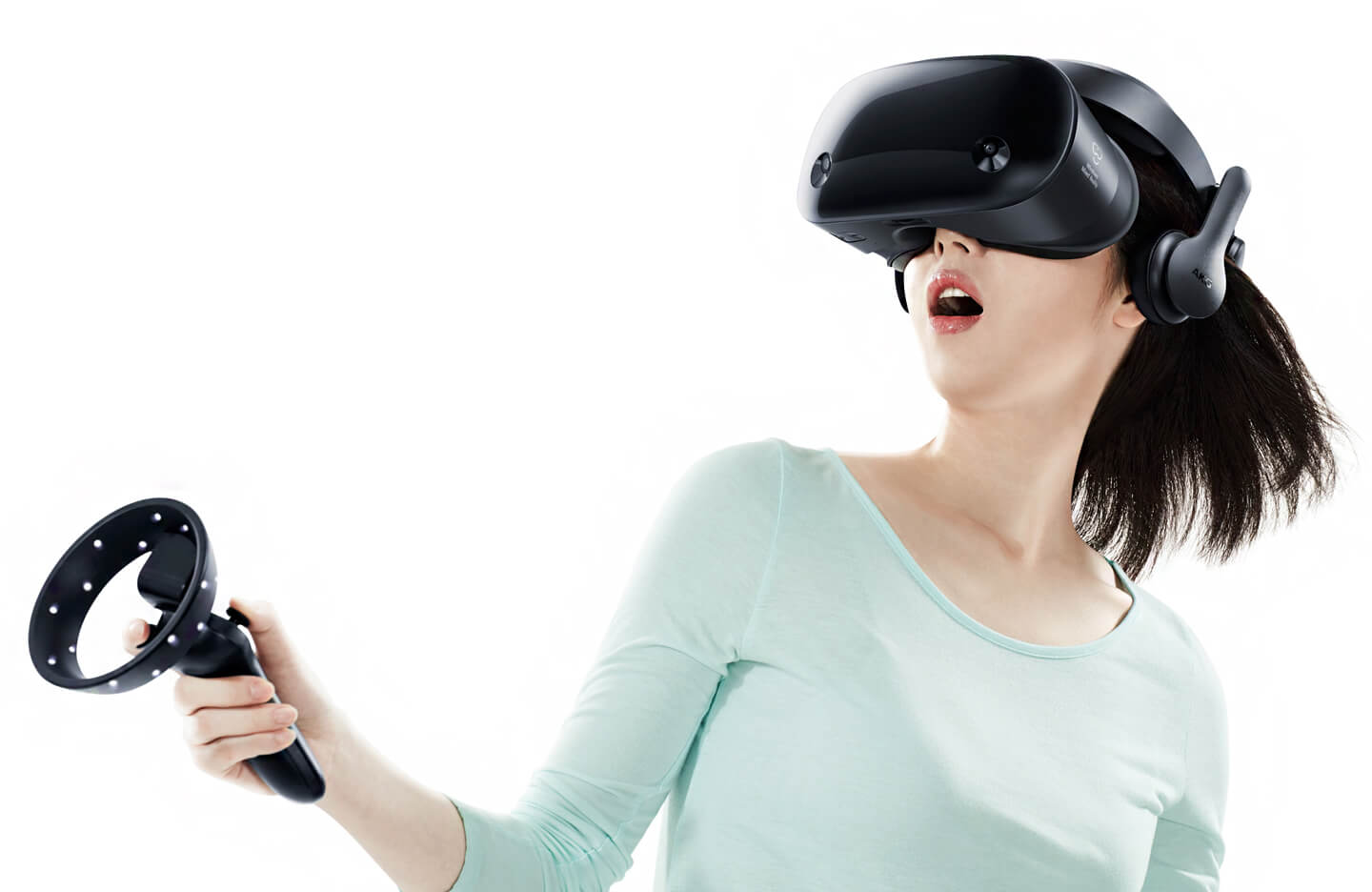 Samsung is known for creating technology that breaks the boundaries of what’s currently possible. Augmented reality has introduced a new experience by bridging our digital and physical worlds.

During the Samsung Developer Conference, the company shared their vision for the rapidly evolving AR landscape through our partnership with Google to extend the ARCore platform to more Galaxy flagship devices bringing the best AR experiences to our users.

While this is driven by the strengths of our mobile devices, Samsung believes the future of augmented reality will extend beyond the smartphone as we apply advances in machine learning and computer vision to move from recording the world to understanding it.

Consider our Galaxy smartphone series, which has redefined global standards for mobile cameras with dual-pixel sensors and advanced lens optics. By adding machine learning and computer vision to the equation, we have transformed the digital camera into a means of comprehending and contextualizing the world quickly and accurately recognizing the people, places and things in front of them.

Bixby Vision provides a better understanding of the world through objects, scenes and text. Using the digital camera app and photo gallery, Bixby Vision uses a hybrid deep learning system that allows it to run on both the mobile device and in the cloud, so it can better identify objects and provide new ways of understanding and engaging with the world around you.

As Samsung Electronics continues to build innovative applications and expand the AR capabilities of our electronic devices, we envision a future in which digital experiences like AR break through to wide consumer adoption.

Imagine the possibilities beyond gaming and entertainment. Municipalities can install digital signposts which overlay directions for visiting tourists. Businesses have the potential to train new employees on safety procedures for new machines and equipment with virtual guides. These technology opportunities are endless.

While today we experience AR on our phones, at Samsung, we believe that tomorrow, this will go beyond smartphones. To ensure such innovations continue to drive the growth of VR and add to the rapid advancements in AR, Samsung is committed to growing its community of developers and collaborators to expand the presence of new reality experiences in our daily lives.

By doing so, we will not only open new business opportunities for our partners, but also provide greater access for all to a rapidly expanding market. Through this extensive ecosystem, we envision a future that creates a seamless transition between the world as we know it, to the new worlds and experiences of the new digital reality.