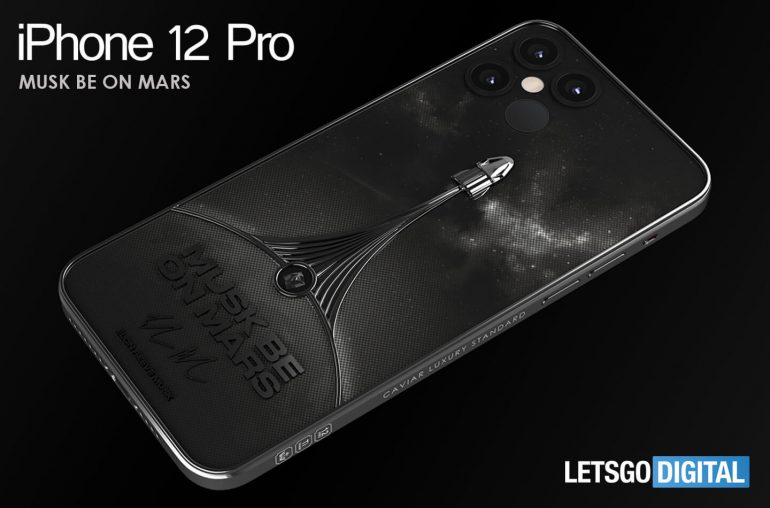 Caviar unveils Limited Edition of the upcoming iPhone 12 Pro - dedicated to Elon Musk and his SpaceX project. With real fragment of the SpaceX Dragon rocket!

In September 2019, the Apple iPhone 11 series was unveiled, consisting of three models. Almost a year has passed now, which means the new iPhone models will be introduced soon. The release will probably take place at the end of September / October, as the corona virus has caused some delay in the production of the new devices. It seem Apple will release 4 new smartphones this year: the iPhone 12 (Max) and the iPhone 12 Pro (Max).

A lot is already known about the new devices, yet the final design remains a big secret for the time being. However, that does not prevent the Russian brand Caviar from launching an iPhone 12 Pro (Max) concept phone. Caviar is known worldwide for its exclusive Limited Edition smartphones, for which the latest iPhones and Galaxy smartphones are often used as a basis. 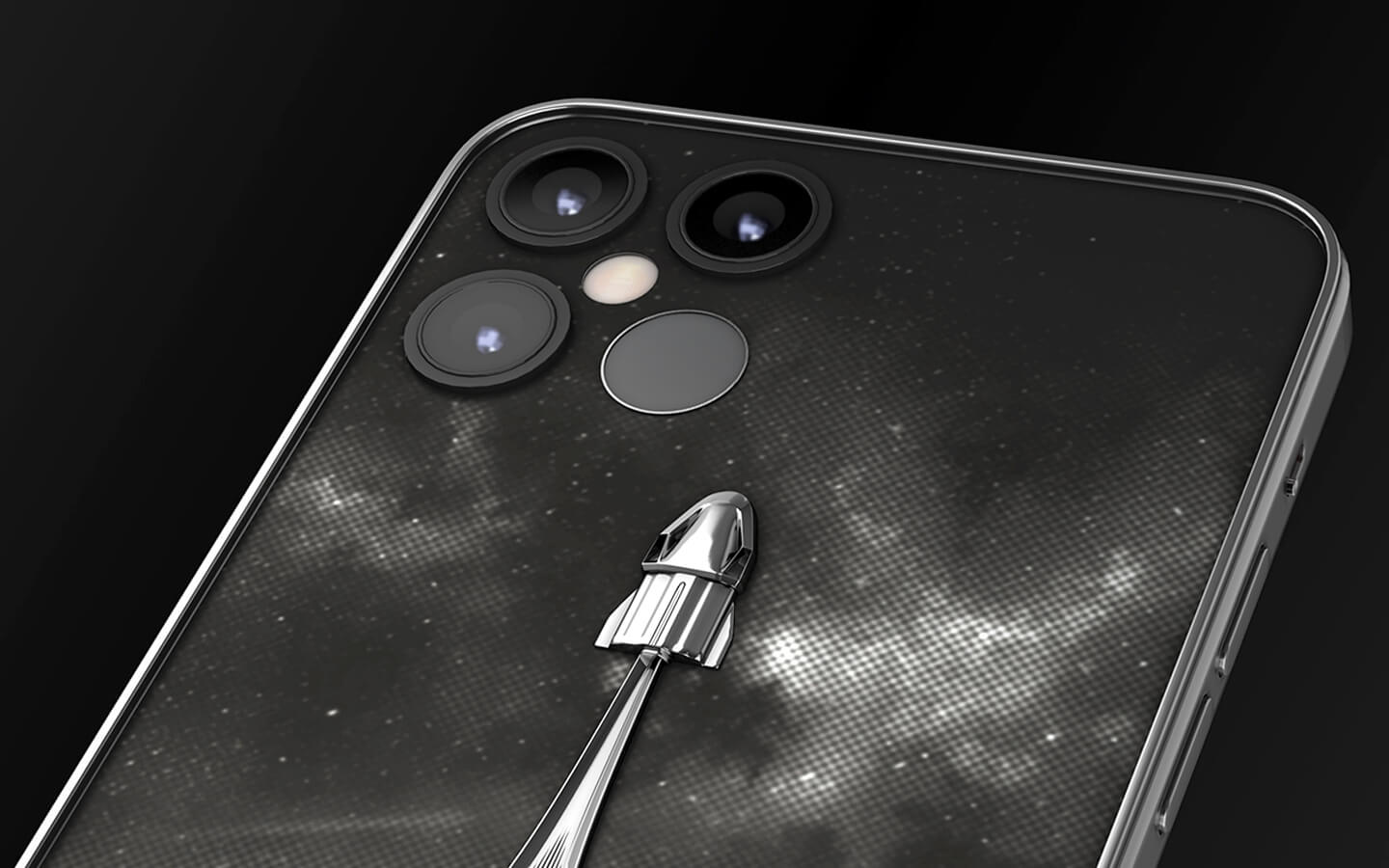 This time Caviar introduces the iPhone 12 Pro Discovery Edition. The new smartphone is inspired by the open-minded entrepreneur Elon Musk who wants to bring large groups of people to planet Mars with his SpaceX project. Last week was an absolute milestone, as the SpaceX Dragon rocket landed safely on Earth after the rocket and its two crew members spent the past two months in space.

This inspiring philosophy has led Caviar to launch its new iPhone 12 Pro Limited Edition under the accompanying slogan “Musk be on Mars”. This slogan is also mentioned on the back of the device. Immediately below, his full name is stated “Elon Reeve Musk” including signature.

Caviar has provided the rear of the smartphone with a beautiful relief image, showing the launch of the SpaceX Dragon rocket. What makes this iPhone 12 Pro Concept smartphone really special and unique, Caviar has incorporated a small part of the real Dragon spaceship on the back of the smartphone. The piece of spaceship is integrated in the relief image, where the rocket leaves the earth and takes off into space. 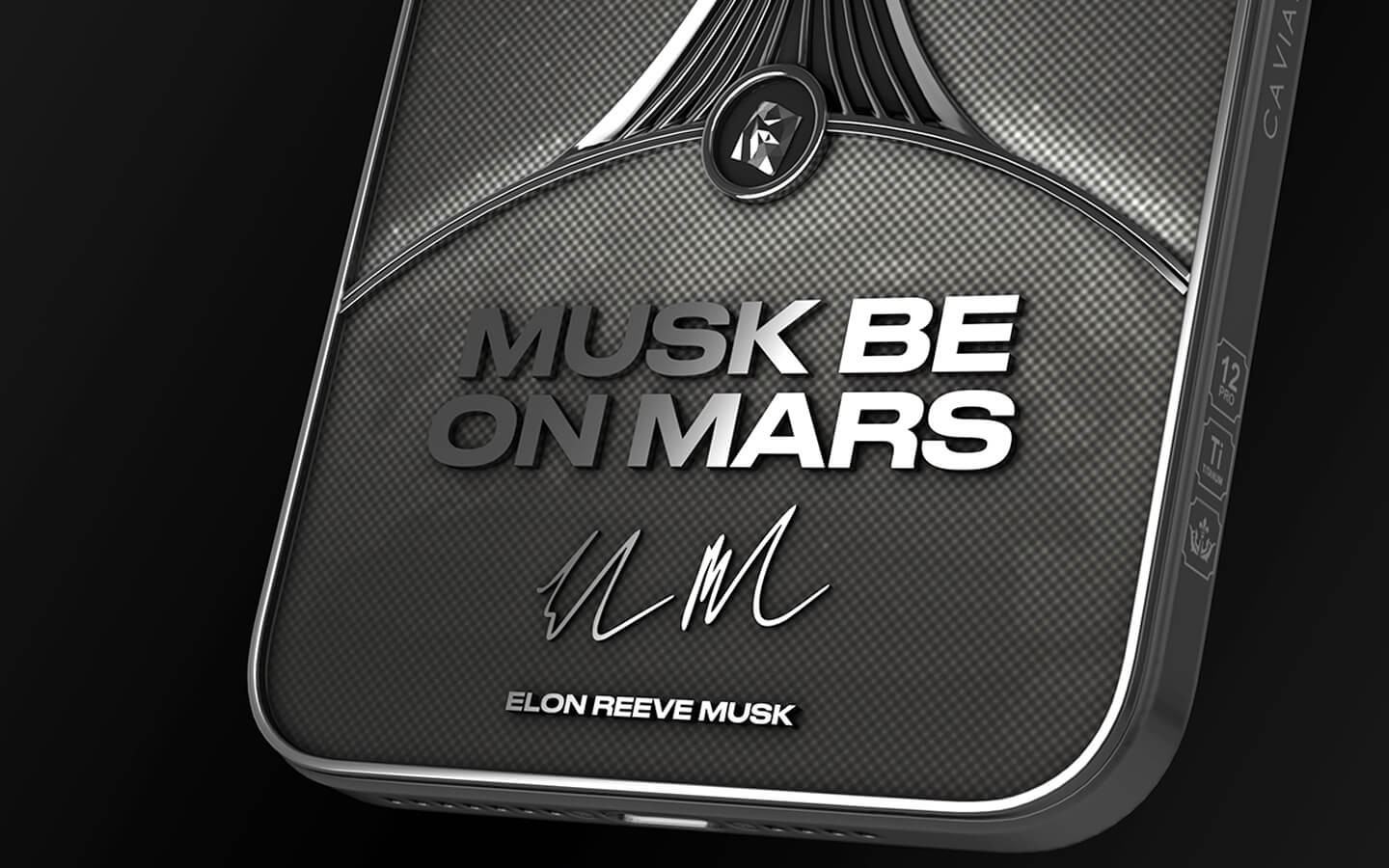 Caviar’s concept phone also shows a renewed camera system, compared to the iPhone 11 Pro. However, the real Limited Edition smartphone will have an identical design as the iPhone 12 Pro (Max) – after all, these device will be used as a basis, after which the back will be customized by Caviar.

Caviar’s iPhone 12 Pro smartphone is made out of titanium, the relief image is applied with a laser engraving technique on metal. Each device is also provided with a unique number. Caviar will only produce only 19 copies of this special Limited Edition iPhone.

It goes without saying that this luxurious and exclusive smartphone comes with a chic packaging as well. A leather case is supplied as standard, making this Limited Edition phone a perfect gift for business partners. Prices of the iPhone 12 Pro Mars Edition start at $ 4,990 USD (128GB). The iPhone 12 Pro Max will have a starting price of $ 5,450 (128GB). Both models are available in three memory variants: 128GB, 256GB and 512GB. Pre-orders will be accepted from today.

Caviar has launched impressive smartphone models dedicated to space before. These devices are all placed within the Discovery series, including the iPhone 11 Pro Mars & Moon Edition, the Titanic and Vostok 1 Edition and the Soyuz Satellite Edition. 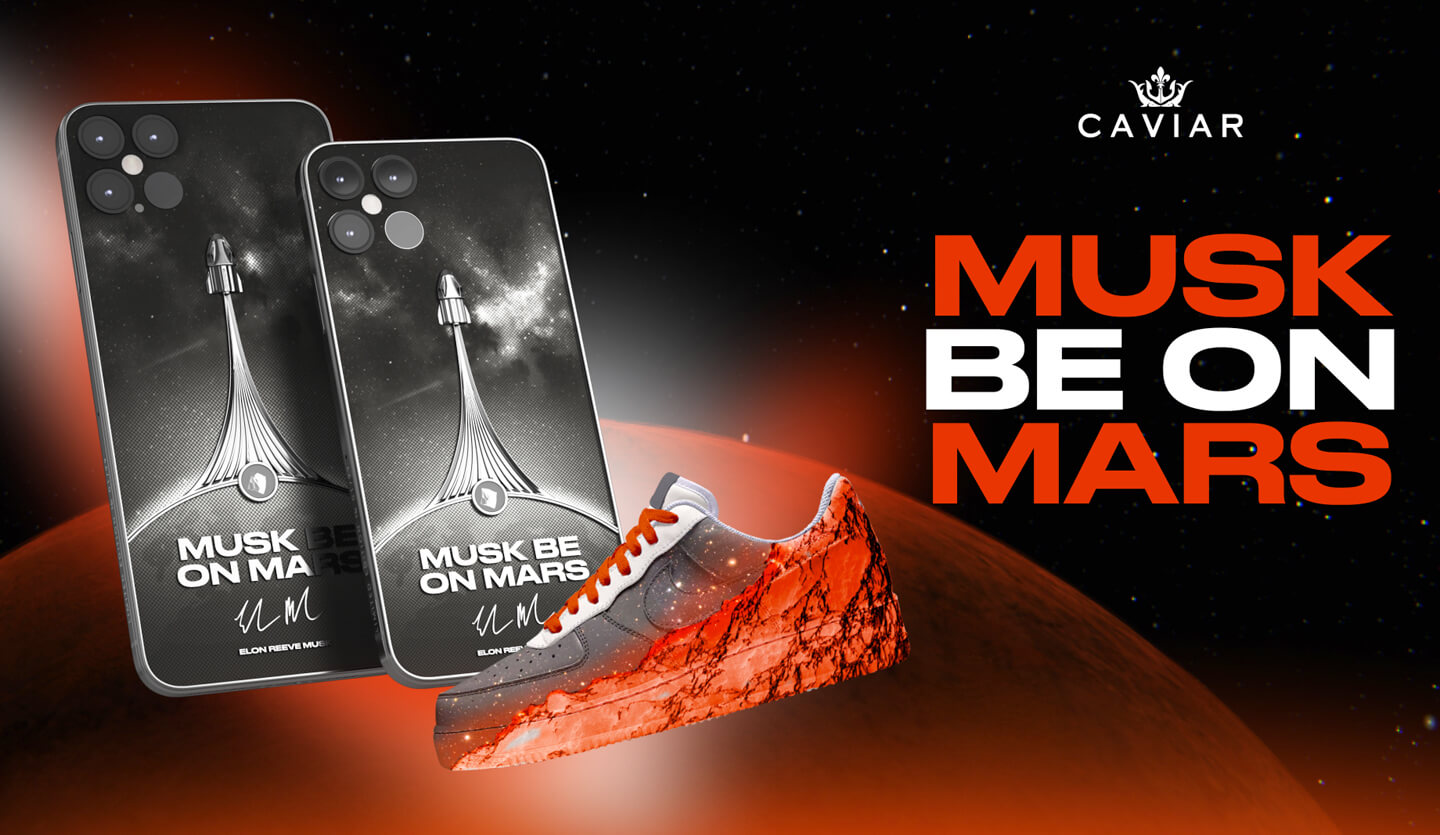 To complete the Mars-feeling, Caviar has also introduced a pair of sneakers, the Nike Air Force 1. These cool sneakers are made of genuine leather and painted by hand, they show the red planet and its beautiful starry sky. The painting creates the impression as if you have just had a walk on the red planet’s surface and the Martian dust left on your outsole.

The laces feature a titanium image of the SpaceX Dragon rocket. And the sneakers are also provided with a real piece of the shuttle that was used for the SpaceX mission! Do you already see yourself walking with these unique sports shoes? Caviar will produce 49 copies of these sneakers, a reference to Elon Musk’s age.

The Caviar Limited Edition Nike sneakers are priced at $ 1,380 USD. If you are interested, the shoes and smartphone will be delivered to your home for free. You will also receive one-year service support.