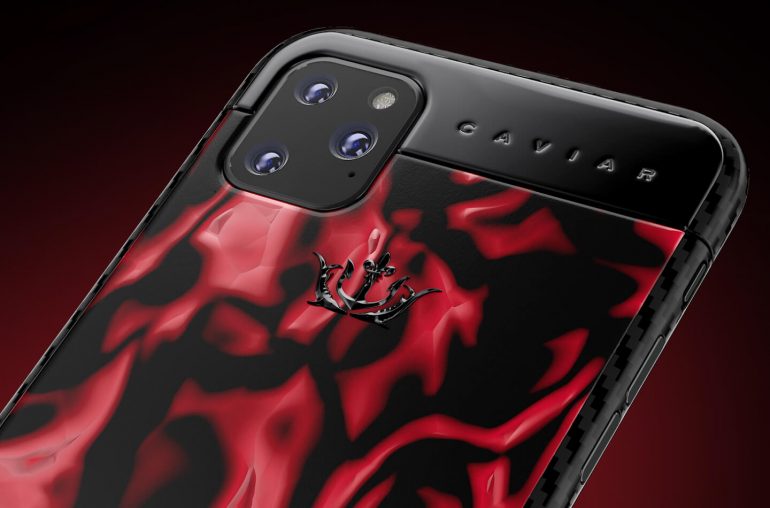 Caviar launches a special edition concept of the future iPhone 11 from Apple. The luxurious Apollo 11 can withstand fire and is both water and frost resistant.

In September 2019 Apple will likely introduce three new iPhone 11 (iPhone XI) models. Looking at the design, the most remarkable change will be the much discussed triple camera system. The Russian smartphone manufacturer Caviar is not planning on waiting for Apple to officially release their new flagship models. Caviar, known for their exclusive mobile devices which are often based on the latest iPhone or high-end Galaxy smartphones, just introduced the Apollo 11 Concept. This time no foldable iPhone, but a luxurious variant of the future Apple iPhone 11. 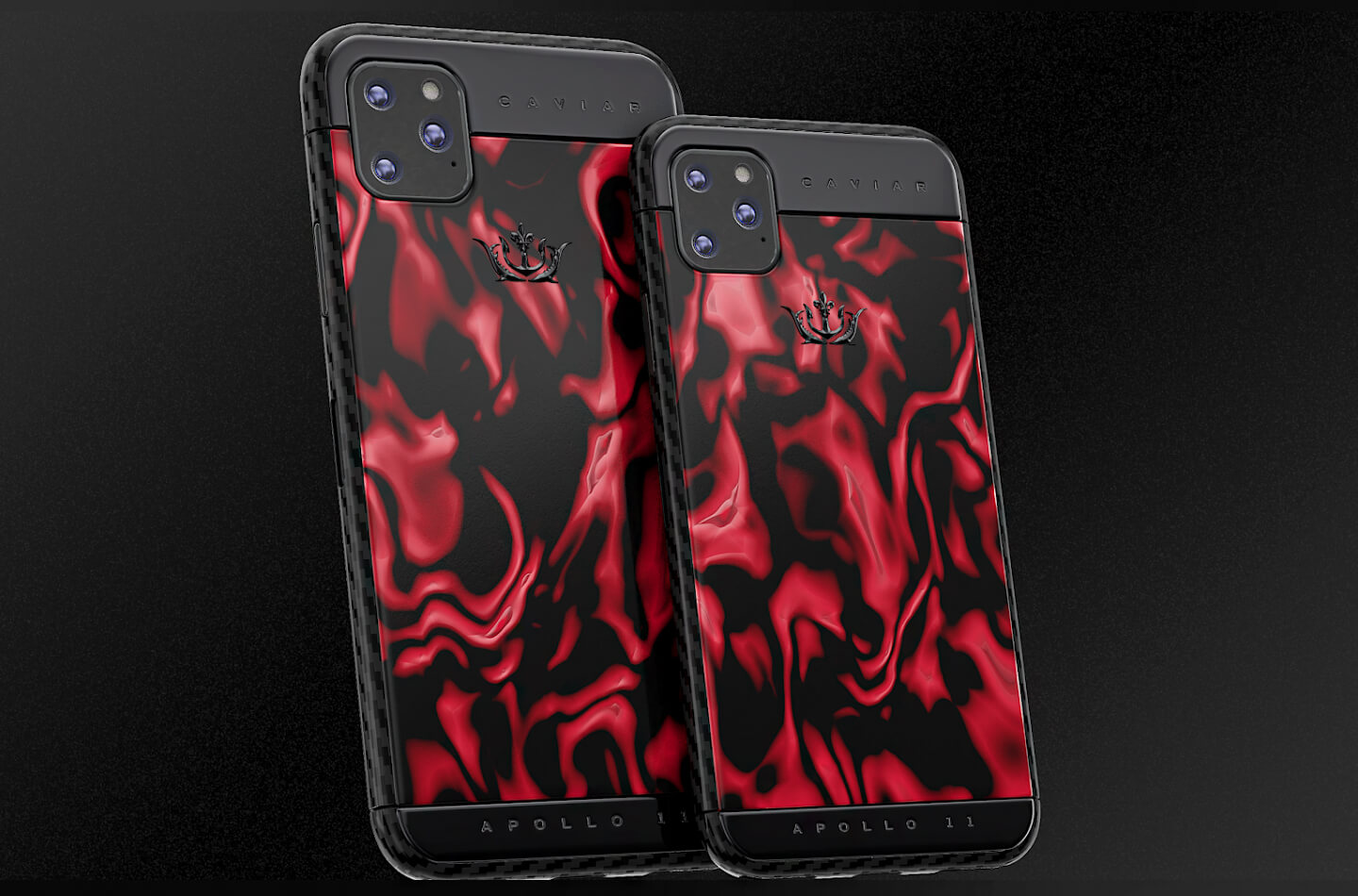 The new Caviar concept is both fire, water and frost resistant. The model’s idea appeared due to both the 50th moon landing anniversary, held on July 2019, as well as new iPhone 11 working title similarity with Apollo 11 Spacecraft, which managed to land on the moon.

This exclusive iPhone comes with a case of black Kevlar, titanium and composite material. Except for a luxurious appearance, these materials also increase the phone’s shock resistance. The gravity offset center will minimize the screen falling down probability while special projections will prevent damage to the screen when it falls flat.

The frost does not frighten him either, the material withstands an extreme temperature of 200 degrees below zero. The layered customized case structure allows to dissipate heat, while saving the phone from overheating in addition to protection from short-term exposure to extreme temperatures. 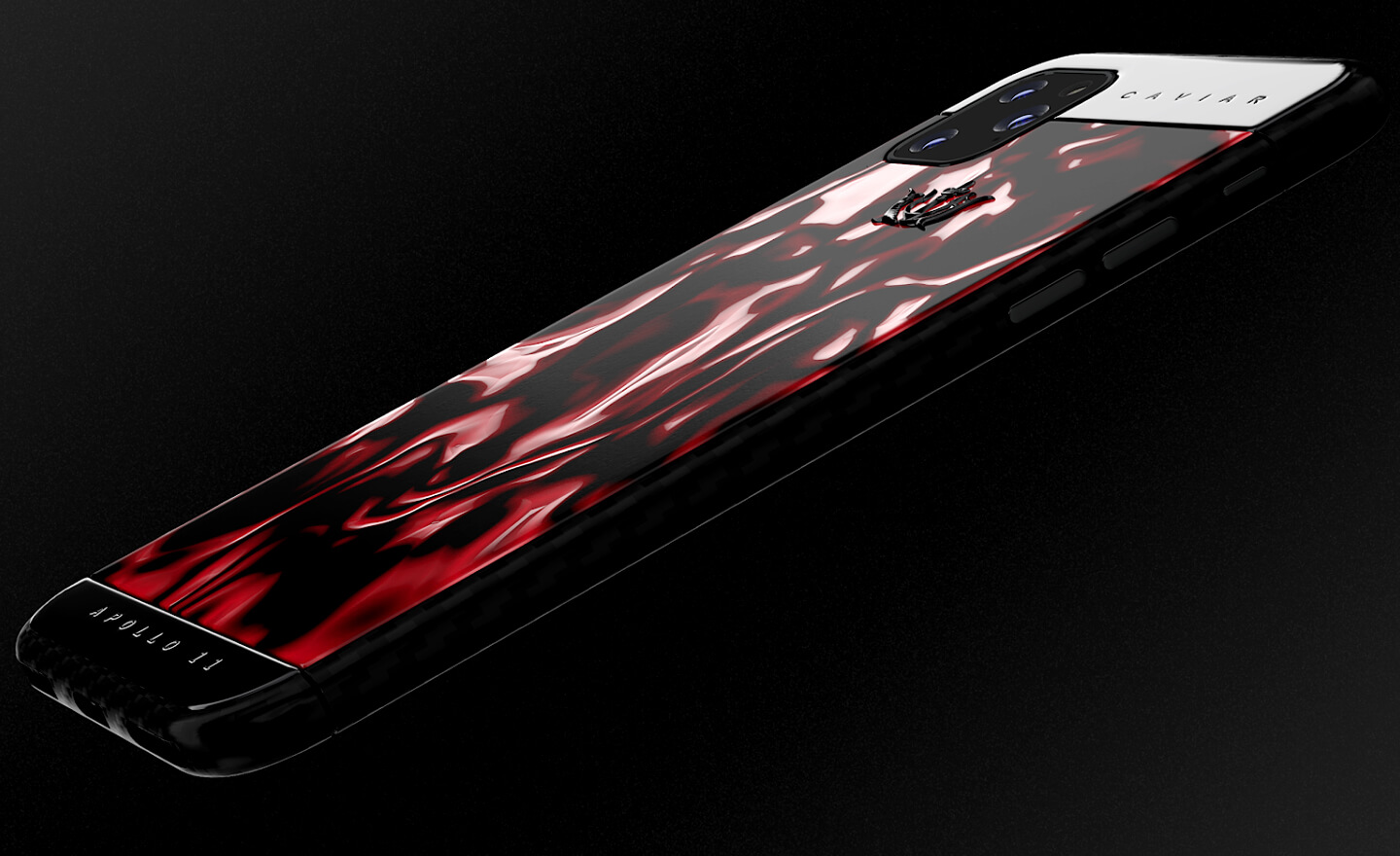 So, iPhone 11 Apollo Edition limited edition phones are intended to become astronauts’ phones, providing protection in the event of both falling from a height as well as from the direct extreme cold and fire impact.

Caviar hopes that humanity will visit the moon again and will continue to conquer new planets together with the invulnerable Apollo Edition. The Russian company states that it would be happy to provide a sample to NASA limited series or to Roscosmos for further testing.

The current limited edition called Apollo Edition will be provided in 50 copies, in honor of 50th moon landing anniversary. Caviar offers three models, a 64GB, a 128GB and a 512GB model. Prices start at $4.400 USD up to $5.110 USD. However, the company states for now it is only a concept. Therefore the costs may increase once the iPhone 11 will be officially released by Apple.