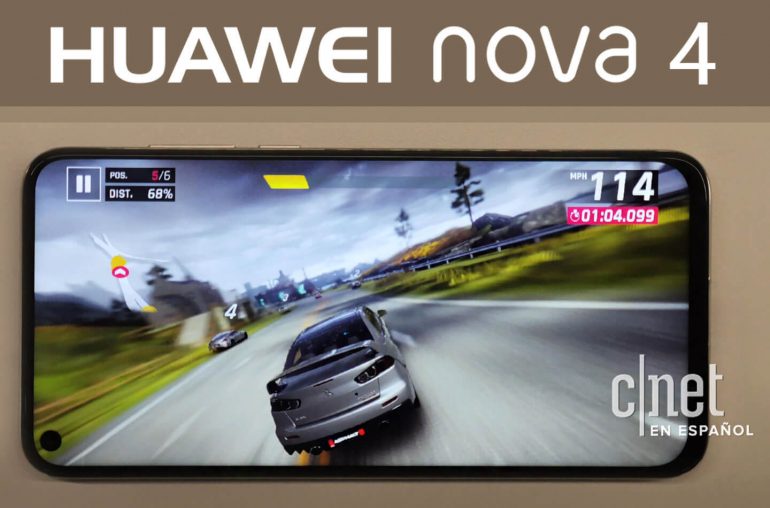 Huawei will soon launch the Nova 4. The phone with punch-hole front-camera just appeared on Geekbench, revealing more details about its performance.

Beginning of this week Samsung launched the Galaxy A8s, as the world’s first smartphone with a camera-hole in the display. Samsung won’t be able to hold the lead for a long time, as Huawei is expected to launch the Huawei Nova 4 (VCE-AL100) in just three days from now. This mid-range smartphone also has a punch hole front-camera. 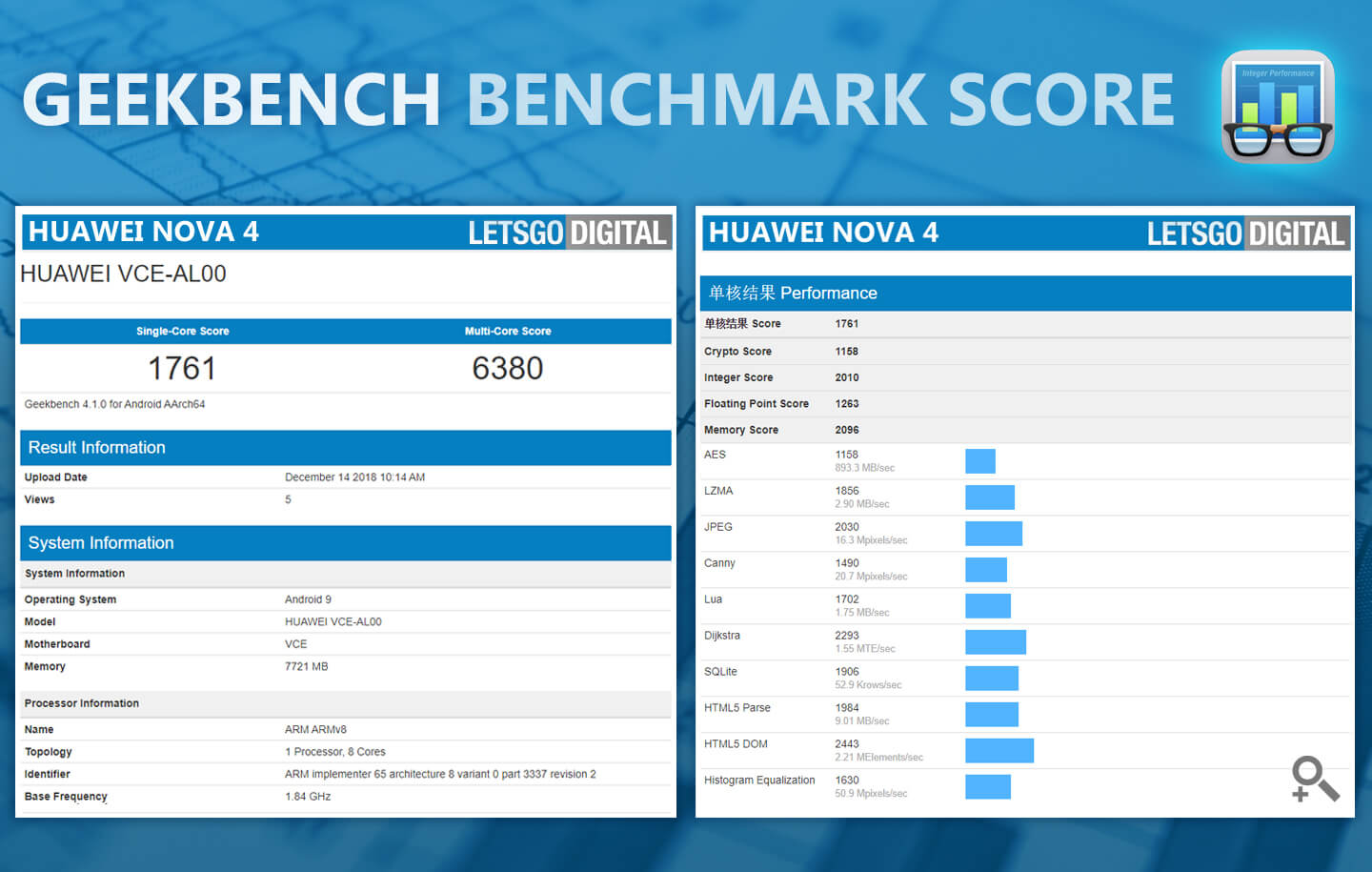 A Geekbench test gives us more insight about the performance of Huawei’s new phone. The benchmark was first spotted by our Dutch friends MobielKopen and unveil the Nova 4 will be powered by the 1.84Ghz octa-core Hisilicon Kirin 970 processor with 8GB of RAM – and not the newer Kirin 980, as was expected by many. The Huawei Nova 4 runs on Android 9.0 Pie. The Nova 4 reaches a multi-core score of 6380 and a single-core score of 1761.

The Huawei Nova 4 is expected to be equipped with a 6.41-inch LCD display with Full HD+ resolution.  In addition, the phone comes with a 3.900mAh battery, a triple rear-camera and 128GB of storage. Huawei will launch the smartphone on a special event in China on December 17, 2018.