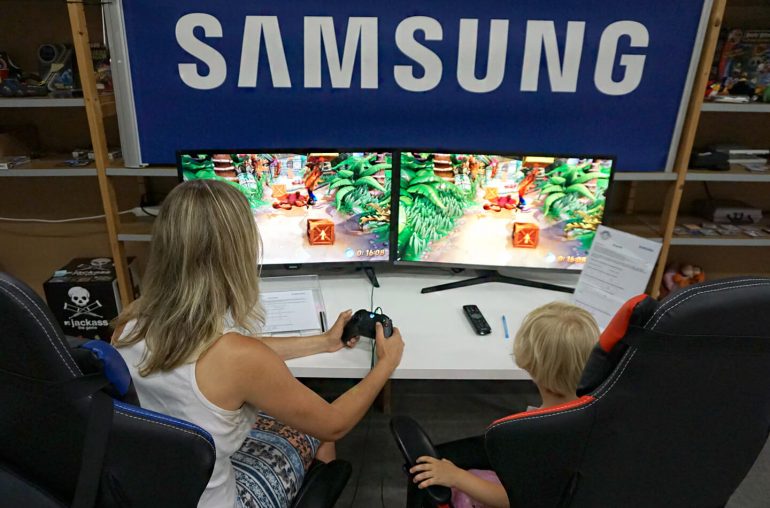 With the arrival of the gaming monitor, a new era has begun that should lead to a better gaming experience. But what are the actual experiences? LetsGoDigital organized a survey among 1200 participants.

In recent years, numerous gaming monitors have been released. The price of such a monitor can go up to € 1000. Does such a 4K monitor truly deliver a better performance and a higher image quality than a regular screen of a few hundred euros? And does this actually result in a better gaming experience or are these only marketing stories? LetsGoDigital searched it out and organized a large survey.

For our test, in which more than 1200 participants took part, we used a recent Samsung gaming monitor and a standard LED TV from Philips, both with the same dimensions. Based on the technical specifications, the gaming monitor is by far the best. But how will it be in practice; Does this actually result in a better gaming experience and is the purchase of a gaming monitor worth the big price difference?

Since last year Samsung has QLED gaming monitors in its portfolio. These screens are specially designed for gamers who want the best image quality. An ideal monitor for our test. The 32-inch Samsung QLED gaming monitor (model: LU32H850) has a 60 Hz LCD screen with a 4K resolution, the screen has a response speed of 4ms. This monitor can currently be purchased for about €600 including VAT. 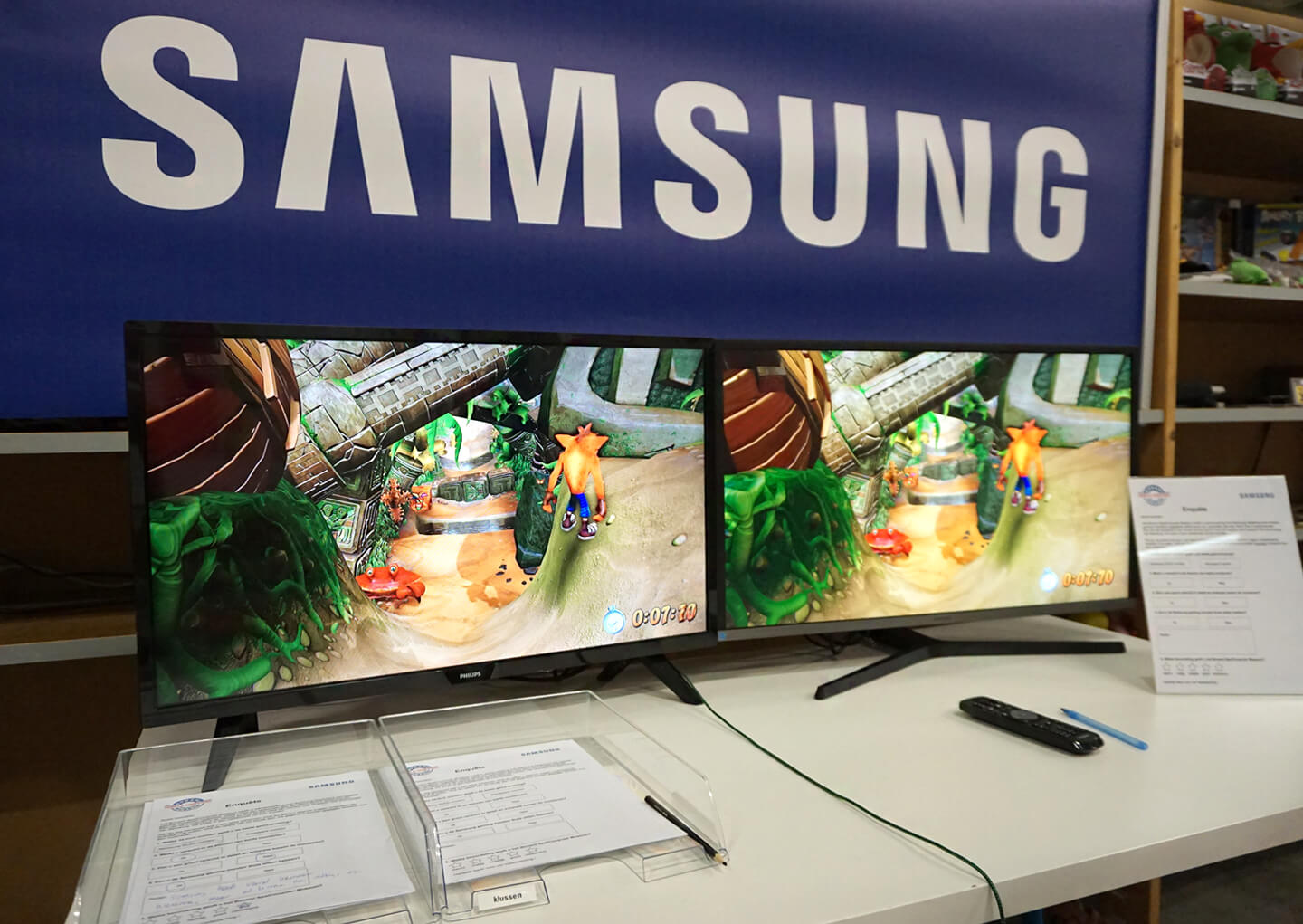 As a test location we have chosen the Bonami Game Museum in Zwolle, this is the largest museum in the Netherlands in the field of computers and game consoles. An ideal place for many gamers to come to and thus an ideal location for our gaming monitor test. Our test setup has been there for over 6 weeks, during the summer holiday season.

As a counterpart to the Samsung QLED monitor we have chosen a screen that can be found in the average living room, a 32-inch Philips LED TV (32PHS4112) with HD picture quality and a 50 Hz frequency rate. This TV is currently on sale for about €250, which makes a significant difference with Samsung’s gaming monitor. But is this monitor really cheap if you truly like gaming?

Both screens have been connected to a Microsoft Xbox One X game console, this is the most powerful 4K HDR game console at the moment and therefore the ideal test partner for our research. As a game we have chosen the colorful action game Cash Bandicoot N. Sane Trilogy, this relatively new game was released just before the summer holidays and seemed a suitable game for the broad audience of the Dutch museum. 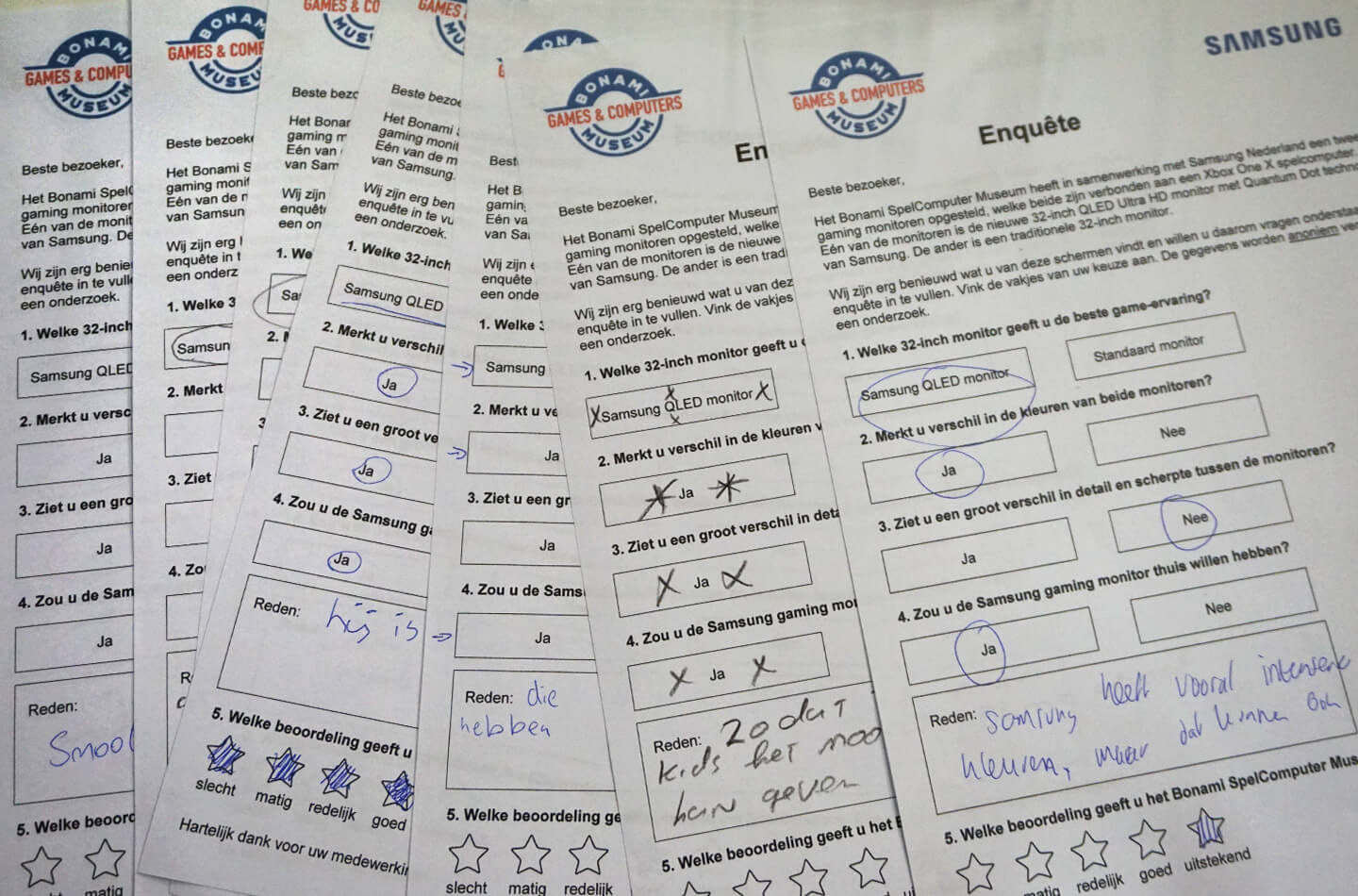 Visitors of the game museum were asked to participate in a survey. More than 1200 participants took part in the survey. The survey results show that 78% of all respondents actually believe that the Samsung gaming monitor provides a better gaming experience.

Especially the colors look better on a Samsung QLED monitor, as no less than 97% of the respondents noticed. A few felt that the colors were too bright and saturated. However, the vast majority were of the opinion that the images are sharper and calmer to the eyes. Nearly 80% felt that there was also a noticeable difference in sharpness.

Do these good test results mean that everyone wants to buy a Samsung gaming monitor? No, 75% of the participants in the study actually want the monitor at home. The main reason for choosing a different type of screen is simply the price. Although the prices of the tested screens were not mentioned in the survey, many people were aware of the fact that this type of monitor will probably also cost considerably more. 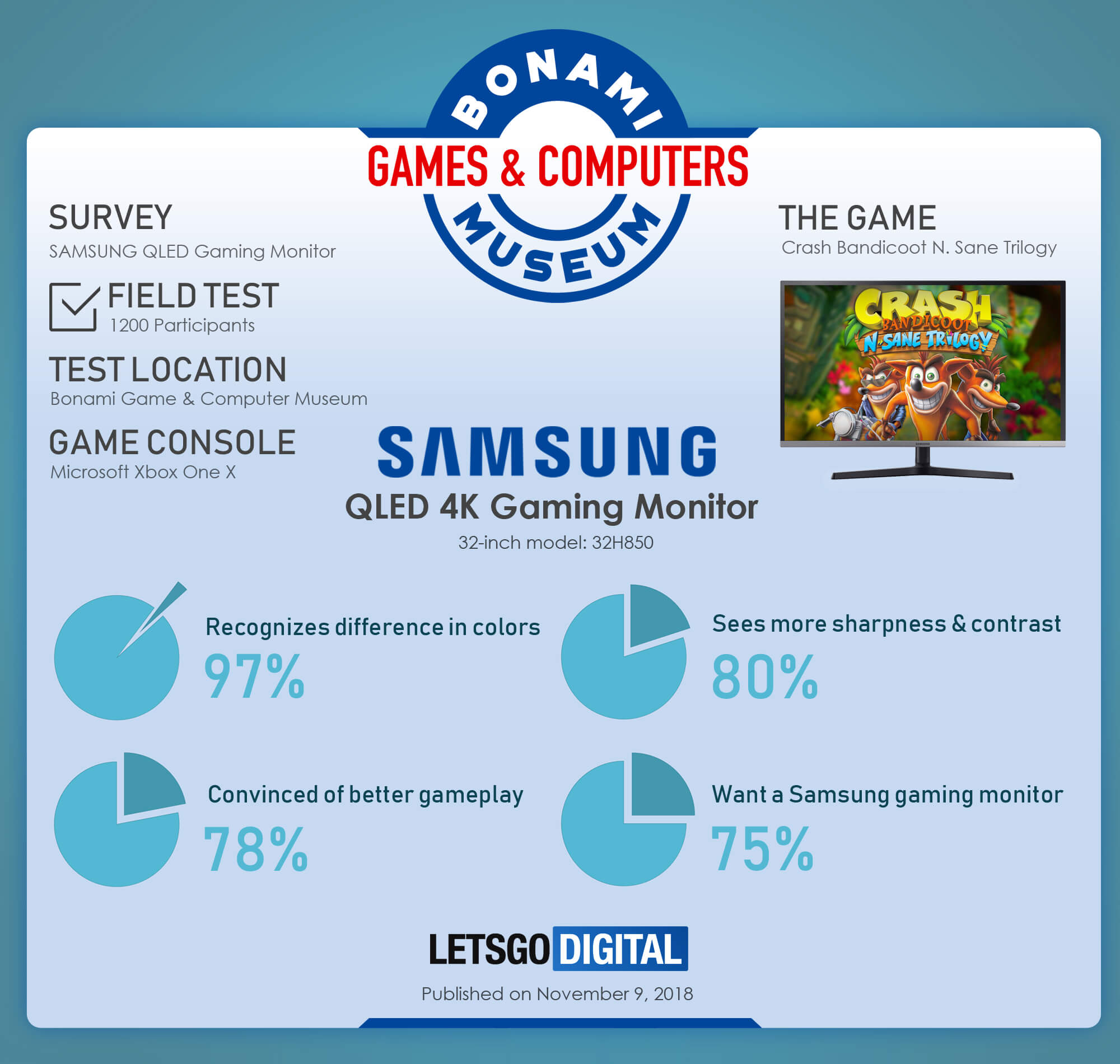 Conclusion of the survey; the Samsung QLED gaming monitor actually delivers a better image quality and wins at all points of the standard LED TV. Due to the 4K resolution the images are visibly sharper and especially the difference in color is great. Still, the question remains whether you are willing to pay a price of €600 for a gaming monitor.

Are you a fanatic gamer or do you simply think the image quality is very important, then the Samsung gaming monitor is an excellent choice. On the other hand, be aware, there are significantly cheaper solutions, which also offer a very acceptable image quality. After all, almost 20% of all respondents felt that the cheap Philips TV produces an even better image quality.

With special thanks to the Bonami Game & Computer Museum in The Netherlands for making it possible for us to create a test setup in their museum. 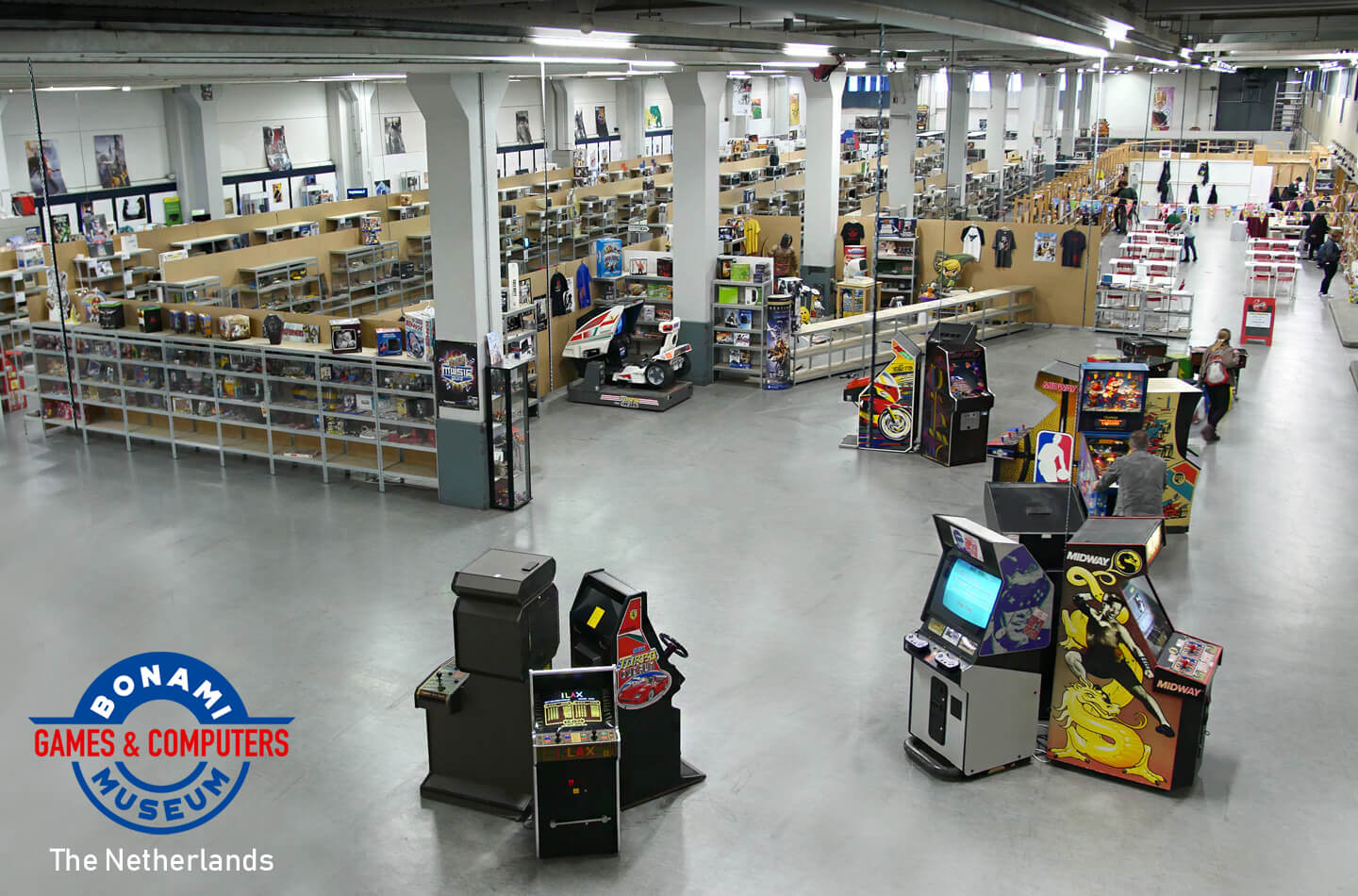