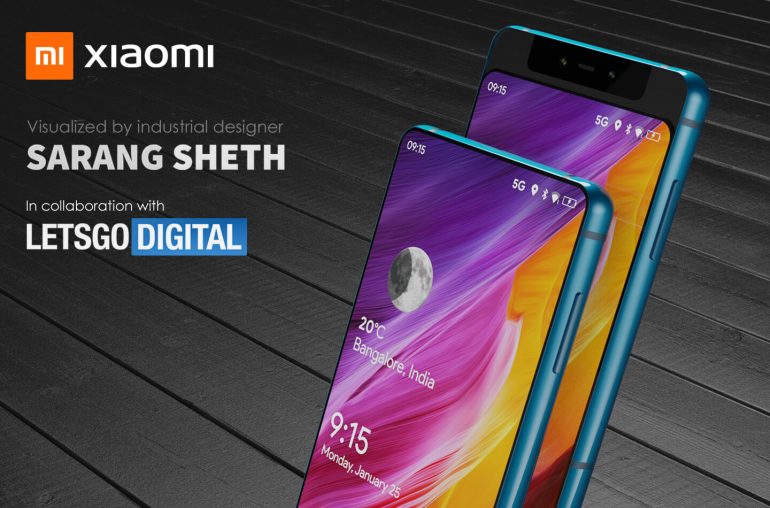 Xiaomi patents a unique smartphone with a flexible display that can slide down via voice control, after which the front camera and receiver appear.

Xiaomi manages to present innovative smartphone models on a regular base. The Mi Mix Alpha with its surround display was undoubtedly the most striking and innovative appearance. The dual foldable smartphone also made a big impression. Xiaomi likes to experiment with the application of a flexible display. This creates new operating options, which entails a completely different user experience.

This time, the Chinese telephone manufacturer is investigating the possibility of developing a smartphone with a flexible display, which works through a slide mechanism that also hides the selfie camera. 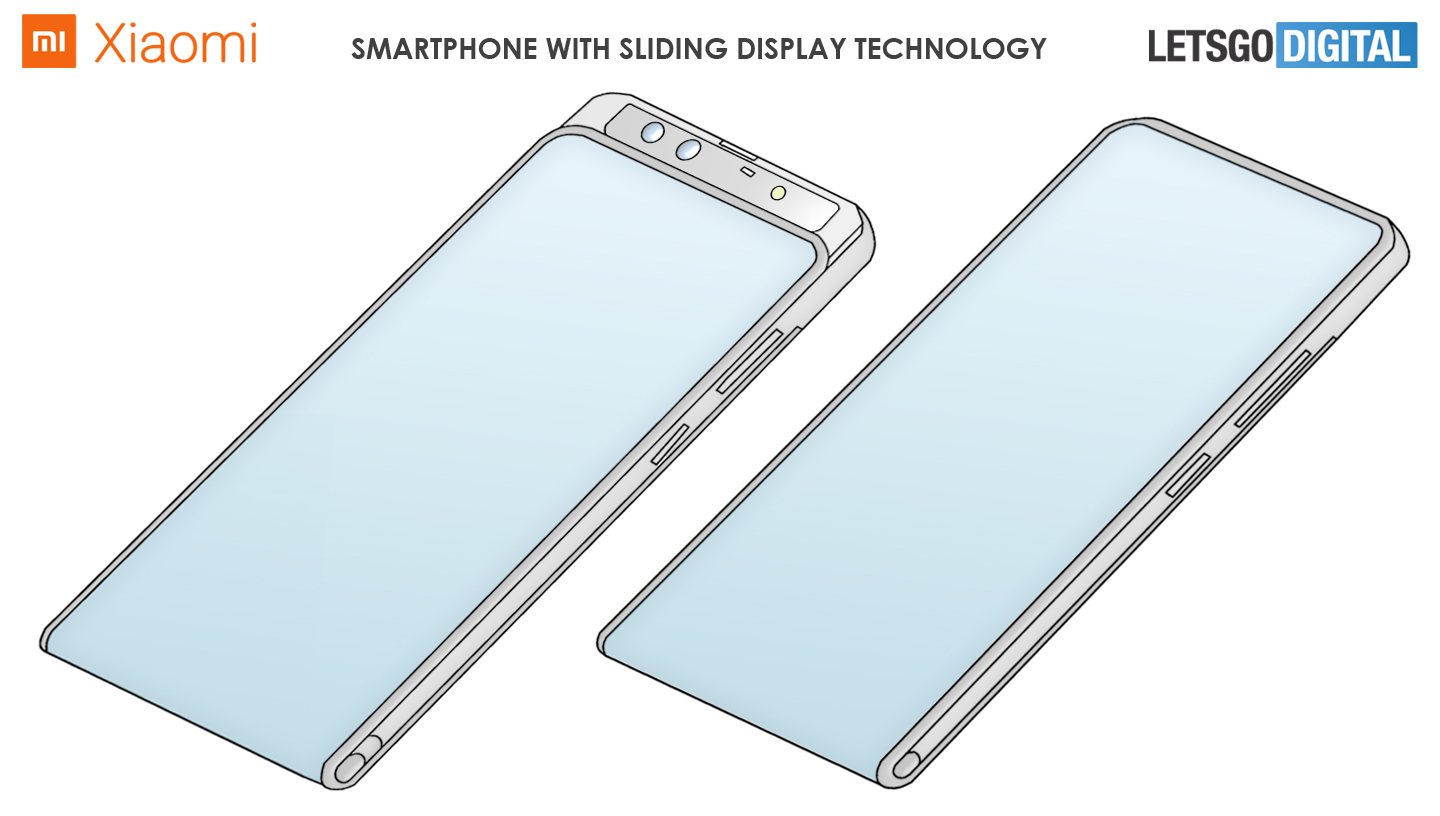 Beijing Xiaomi Mobile Software has filed for a patent for an “Electronic device”, which was published by the WIPO (World Intellectual Property Office) and the USPTO (United States Patent and Trademark Office) on October 29, 2020. It is a Xiaomi smartphone with a large retractable slider display. The screen covers the entire front, the bottom and a large part of the back. This gives the smartphone a unique and stylish appearance.

The entire front of the patented Xiaomi smartphone consists of a screen surface. The screen edges have been kept very minimal, the user has a relatively large screen at his disposal. At first glance, there is also no front camera and / or receiver visible.

To make all this possible, the screen has been placed in a bracket, which moves over a slide rail. This rail system is fitted in the bottom half of the housing and allows the flexible display to move. This rail system also ensures that the phone is extended from the bottom in the extended position. 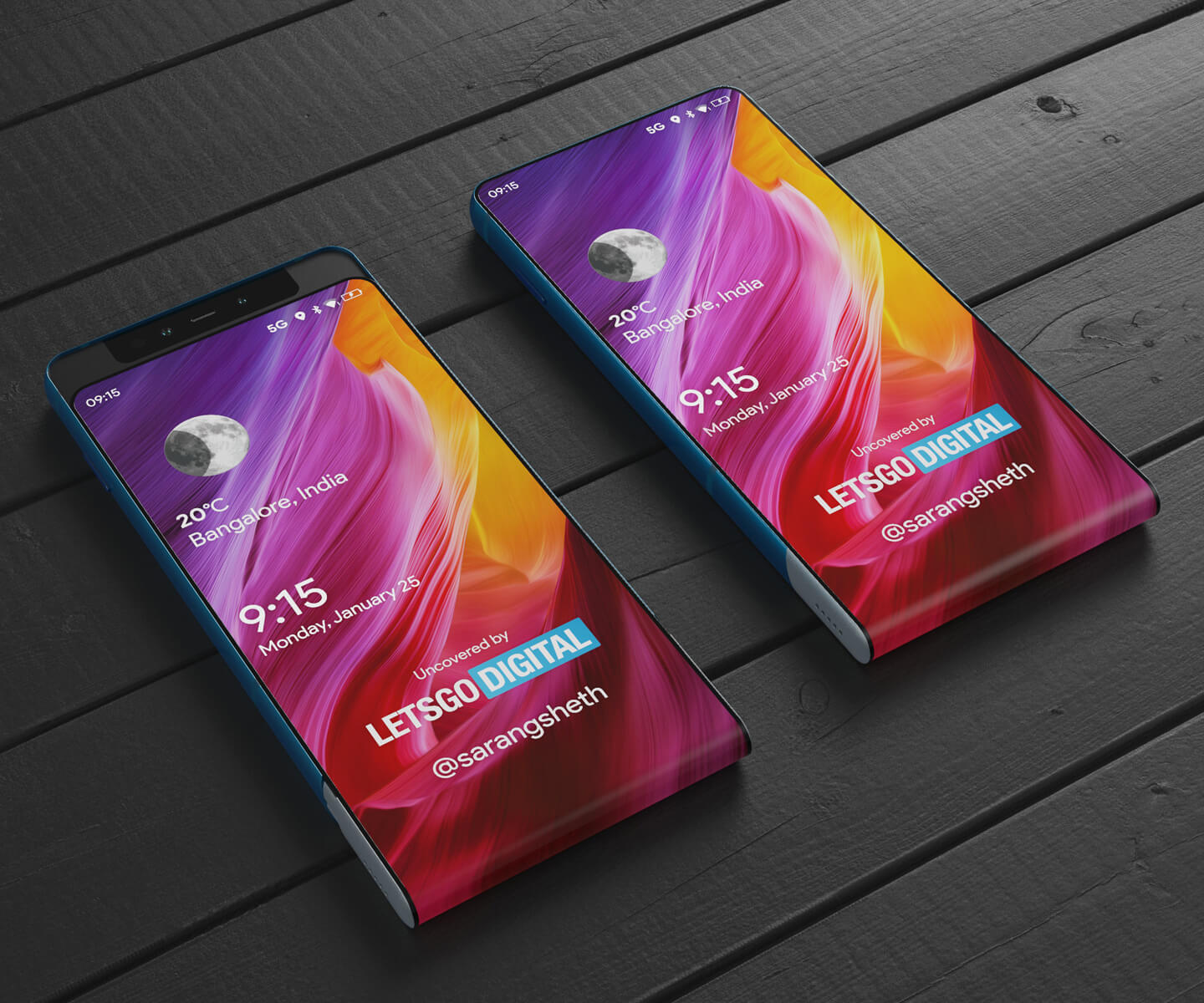 To visualize the patented technology industrial designer Sarang Sheth, in collaboration with LetsGoDigital, has designed a series of product renders based on the Xiaomi patent. Sarang is editor-in-chief at Yanko Design, a respected online magazine about modern, industrial design. In the 3D product images, the patented Xiaomi smartphone is visible in the most compact form and in the extended position.

The sliding mechanism can be operated in various ways. The user can tap the screen and the flexible display will start to move in the desired direction. In addition, the slide functionality can be operated by voice commands, as stated in the extensive documentation.

As soon as the display is extended, the camera system becomes visible. The selfie camera is incorporated here, as well as an ambient light sensor, a distance sensor and a dot projector. The receiver is also hidden behind the slider display.

The screen is held in place by means of two (electro) magnets, so that it cannot move unintentionally during shooting. The positioning of the magnets ensures that the screen can open and close automatically up to a certain point. A half open position is therefore not possible; it is open or closed. 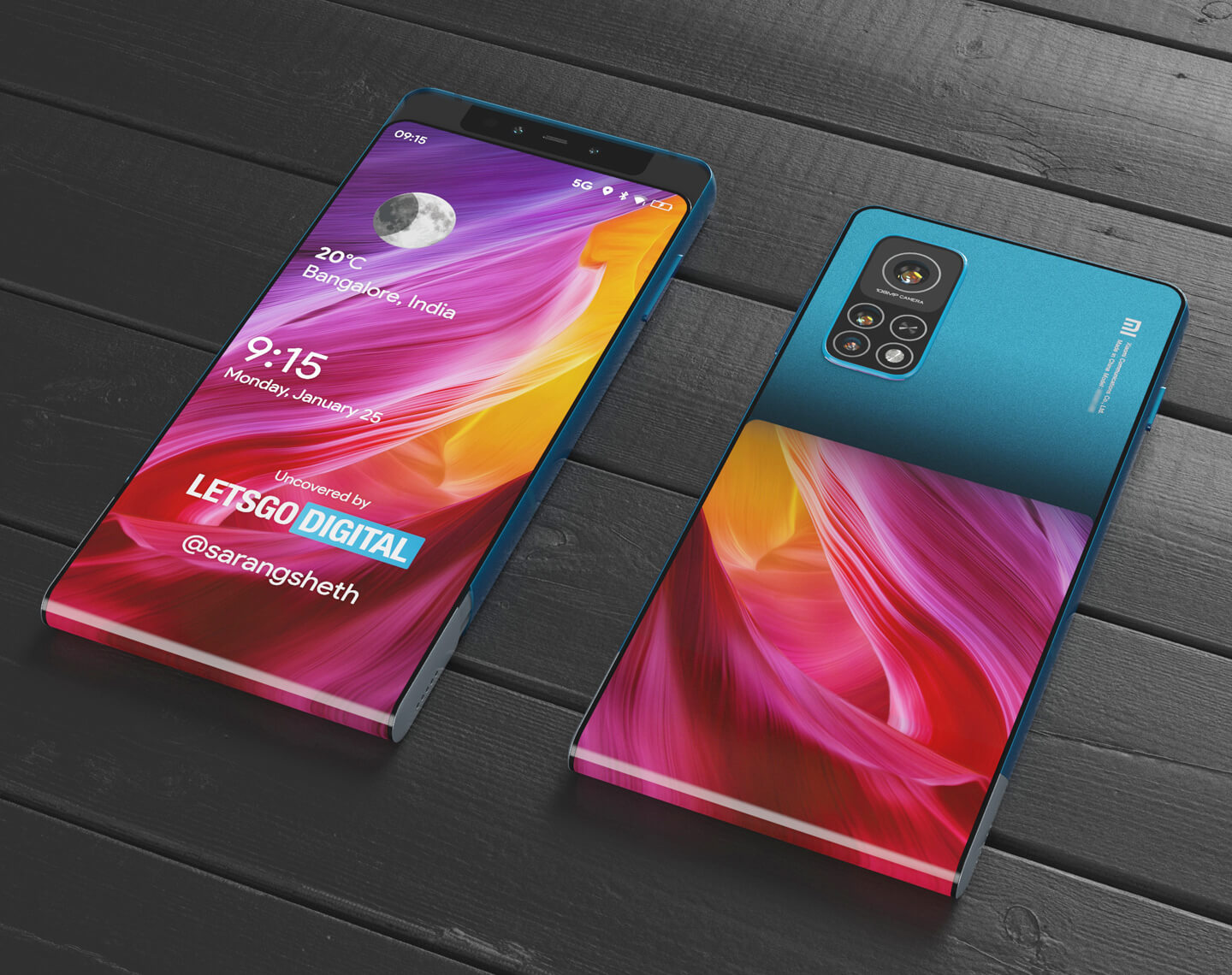 Xiaomi Mi Mix smartphone with second screen on the back

The screen on the back is slightly smaller than the front display. This leaves enough space at the top to implement a camera system. For the design of the product renders we made a quad camera, similar to that of the Mi 10T (Pro). However, Xiaomi can use any camera system for this.

By also providing the back with a screen surface, it is in theory unnecessary to also implement a selfie camera. After all, you can also take selfies with the main camera, with the screen on the back serving as a viewfinder. The technology captured by Xiaomi thus appears to be quite a complicated and costly solution. Moreover, such a rail system will require a lot of space in the already so compact housing.

Nevertheless, it is a special innovation. It can be considered as a further developed variant of the Xiaomi Mi Mix 3. This smartphone was equipped with a magnetic slider mechanism, behind which the front camera is hidden. With this model, however, it was not about a flexible display, but two phone parts that slide over each other, as it were. 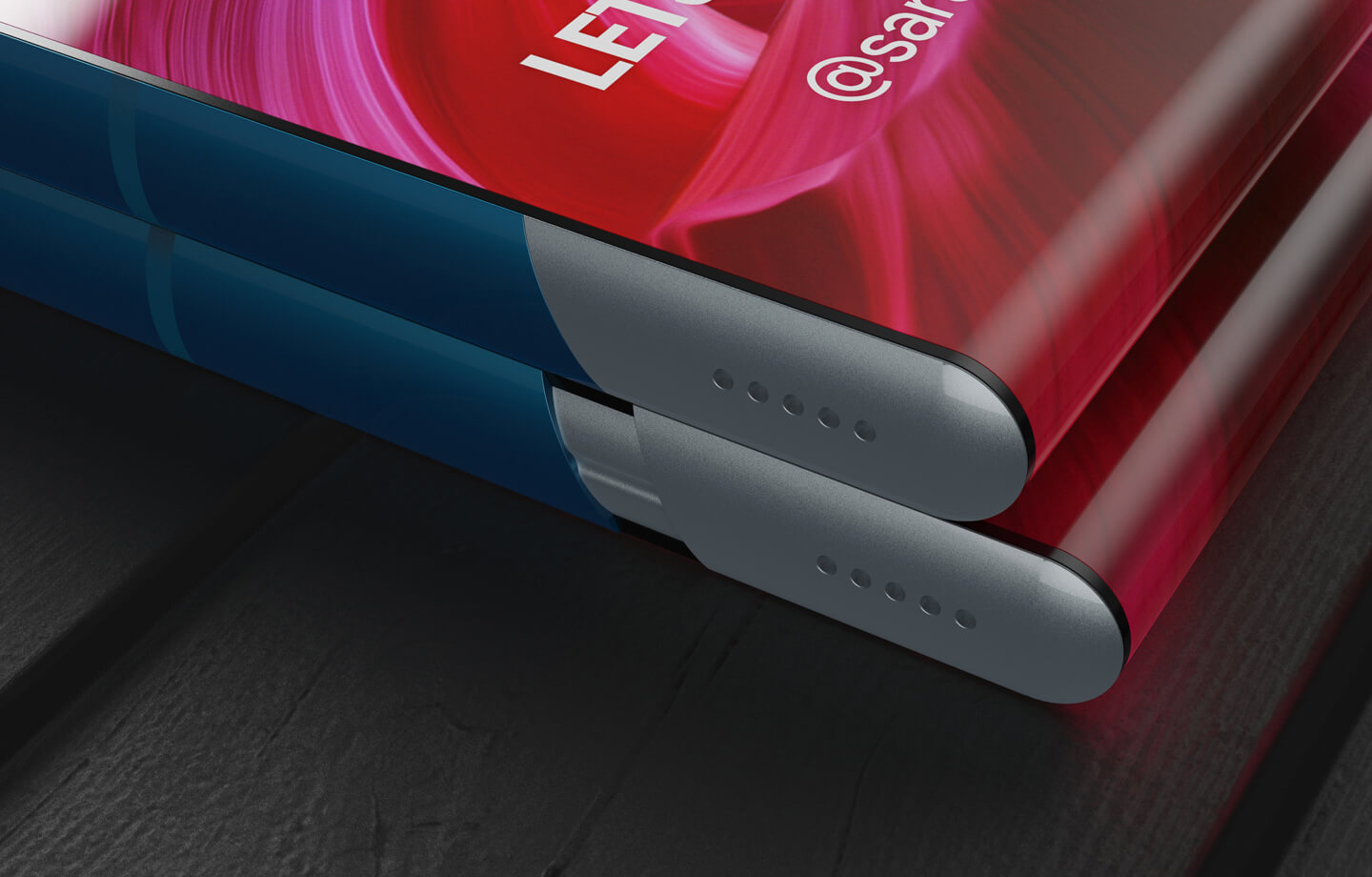 For the time being, very little is known about the successor to the Mi Mix 3 (5G) introduced in 2018/2019. The Xiaomi Mi Mix 4 is expected to be announced later this year. This will undoubtedly be another innovative phone model, but details are not yet known.

The Mi Mix 4 may be the very first Xiaomi smartphone in which the selfie camera is placed under the screen. In mid-2020, the company announced that it is now working on the 3rd generation under-screen camera technology. Mass production is expected to start in the second half of 2021.

The patent also describes a second variant. This time the flexible screen cannot be moved down, but to the right. That is why a vertical camera system was chosen. This application appears to be a kind of variant on the Mi Mix Alpha. In this case, the screen continues on the right side and covers about 75% of the back.

The fact that the company has filed two design variants, using similar technology, is quite common. This was also the case, for example, with the Xiaomi foldable smartphones that we reported on earlier this month. 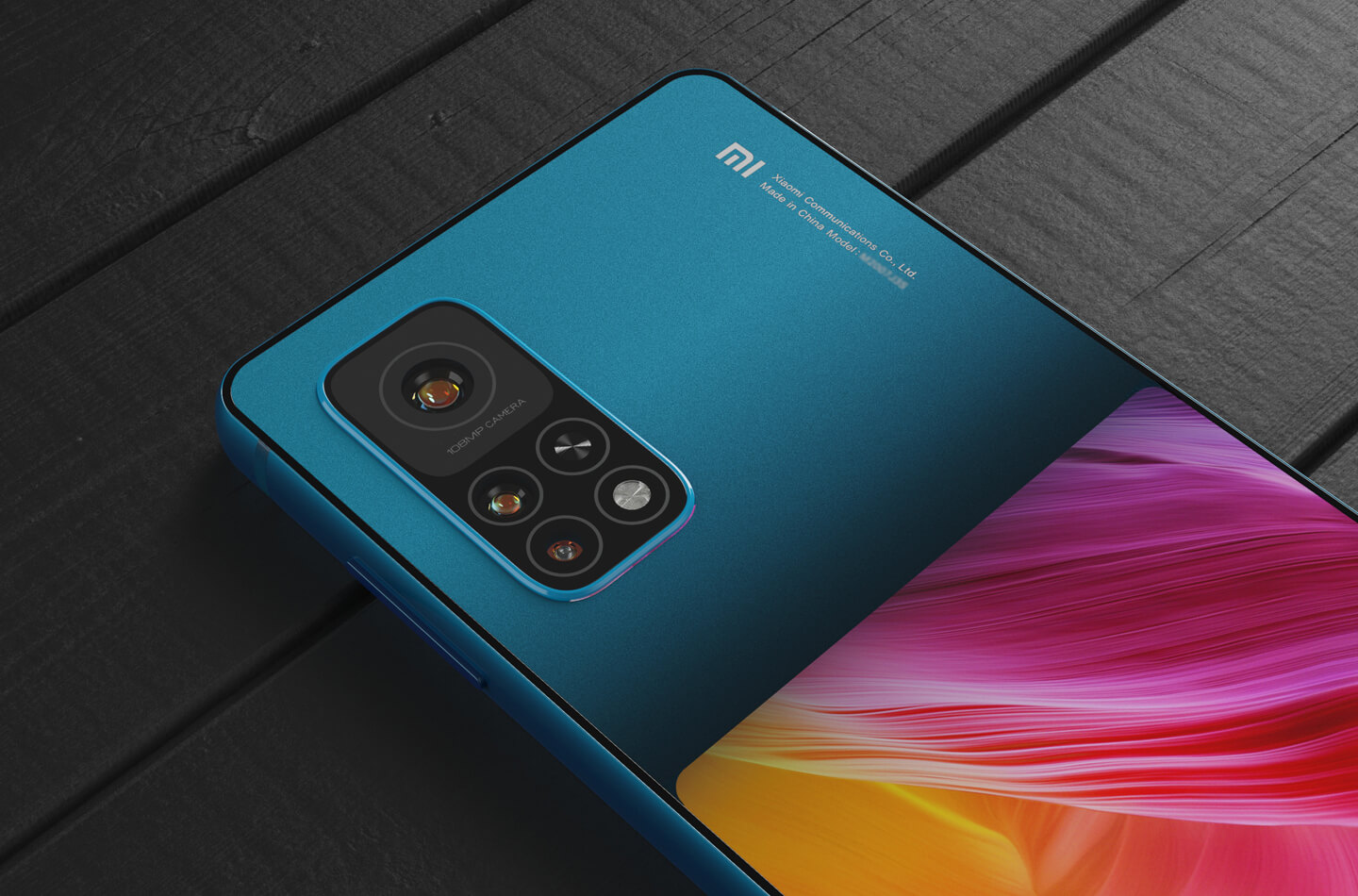 Whether Xiaomi will apply the patented technology in a consumer product is as yet unknown. If this is the case, this device would probably be placed within the Mi Mix line-up. Regardless, we expect to see a lot of innovative products from Xiaomi this year. For example, the Chinese manufacturer seems to want to release no less than 3 foldable smartphone models in 2021.

The Xiaomi Mi 11 will also be launched worldwide soon. This flagship was announced for the Chinese market at the end of December, as the very first smartphone to be powered by the new Qualcomm Snapdragon 888 chipset.

In addition, a Mi 11 Pro is also expected, this smartphone seems to have a gigantic 120x zoom range. The Pro model would also support 120 Watt wired charging – this allows you to charge the device with incredible speed. For comparison, the recently announced Samsung Galaxy S21 Ultra only supports 25W fast charging. The iPhone 12 Pro Max is even slower in recharging the battery at 18W.

No. 3 smartphone manufacturer in the world

Although the company manages to present innovative flagship smartphones, Xiaomi achieves even better sales performance with its budget and mid-range line-up. Over the past two years, the company has doubled its global market share in the smartphone market.

Xiaomi now has a global market share of more than 13%, making it the No. 3 smartphone manufacturer in the world. The No. 1 and No. 2 are still Samsung and Huawei, but Apple has already passed by. 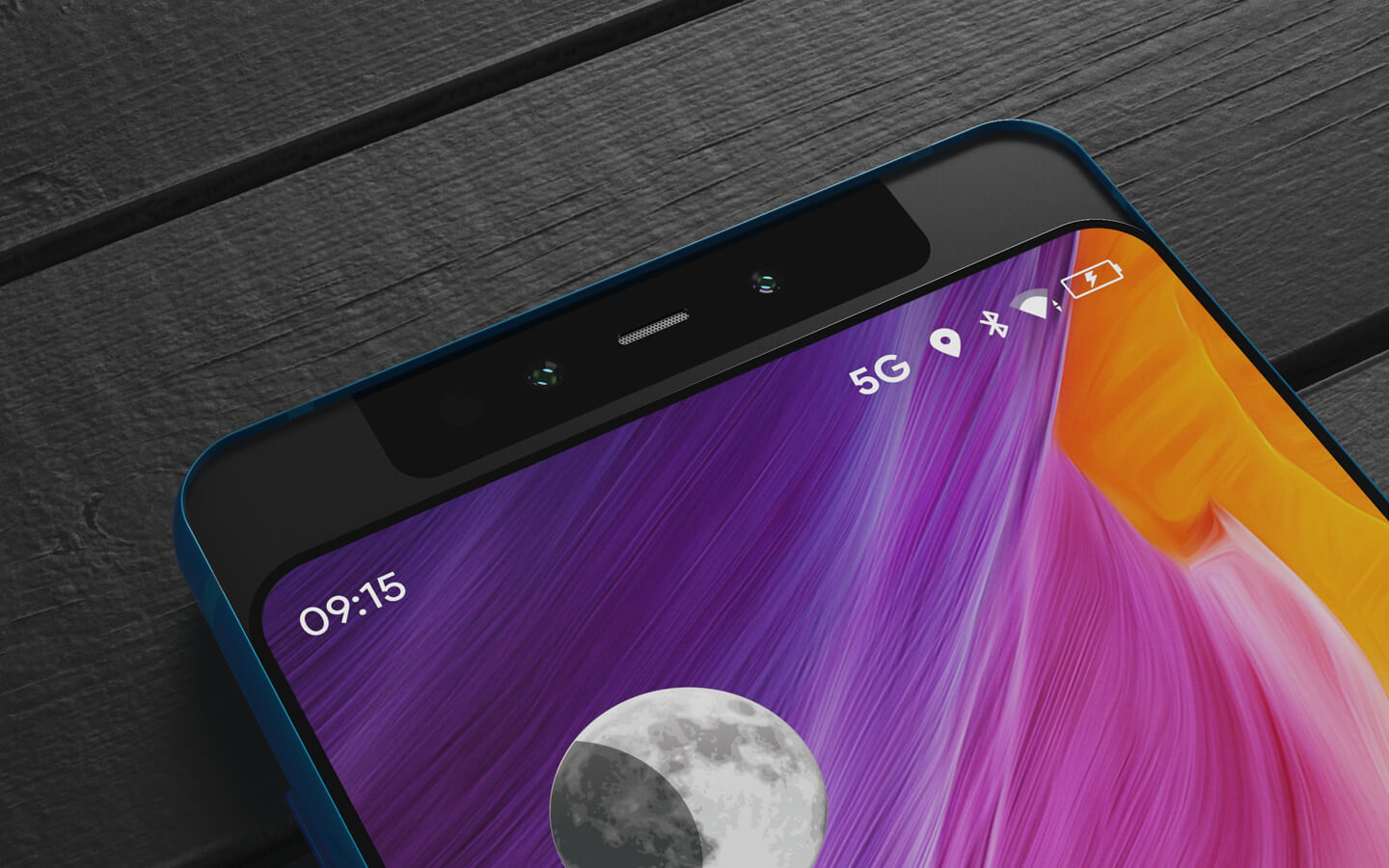 Xiaomi has been able to take advantage of Huawei’s lost market share. Since the introduction of the US trade ban, Huawei has been faced with sharply declining sales figures in Europe and other markets outside China. Xiaomi’s success has also not gone unnoticed by US President Donald Trump.

Although Trump has since been succeeded by Joe Biden, Trump decided ten days ago to also blacklist Xiaomi. It contains a military blacklist, with less serious consequences. Xiaomi has not been banned from trade like Huawei has. But US investors will no longer be allowed to have an interest in the company from November 2021. The reason for all this; Xiaomi has ties to the Chinese military, Trump says.

In addition to smartphones, the Chinese brand also produces other types of connected devices. For example, the Xiaomi Mi Smart Clock was recently announced, a smart clock radio with integrated display. Xiaomi also produces TVs, smart bands and even electric scooters are part of the range.

Take a look at the official documentation from Xiaomi here.

Note to editors: The 3D product renders presented in this article are made in collaboration with Sarang Sheth, Industrial Designer and Editor in Chief at Yanko Design. The design is based on the patent images of Beijing Xiaomi Mobile Software. The images are for illustrative purposes only, this product is not for sale. If you want to use the product renders on your own website, please include a clickable source link into your publication. Thank you very much.