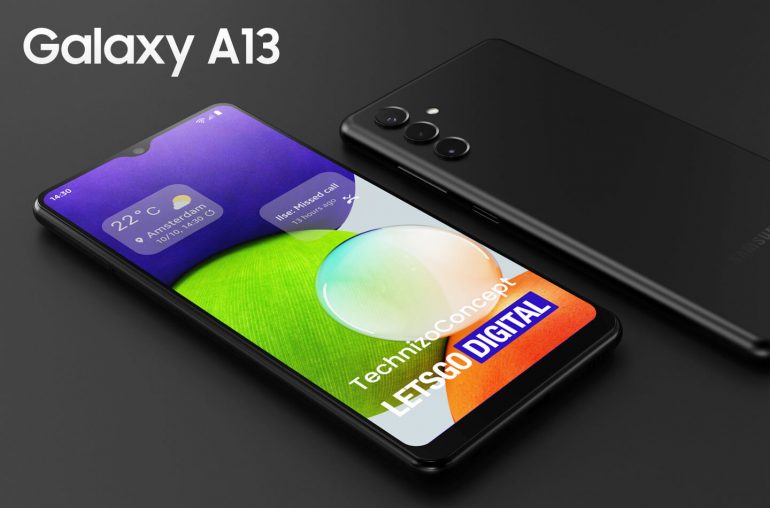 The Galaxy A13 will be the cheapest Samsung 5G phone ever. The 2022 model will have a higher resolution screen, a faster chipset and a better camera.

Samsung has a new budget phone in development. The Galaxy A13 will be the cheapest 5G smartphone Samsung has ever released. It is the successor to the Galaxy A12. The new model will be placed directly below the A22, which is currently Samsung’s cheapest 5G model. The budget model is expected to be announced by the end of the year, as one of the first 2022 models.

Over the past period, quite a few details have already become known about the expected Samsung Galaxy A13. Based on all rumors, Technizo Concept has made a series of product renders of the new budget model in collaboration with LetsGoDigital. 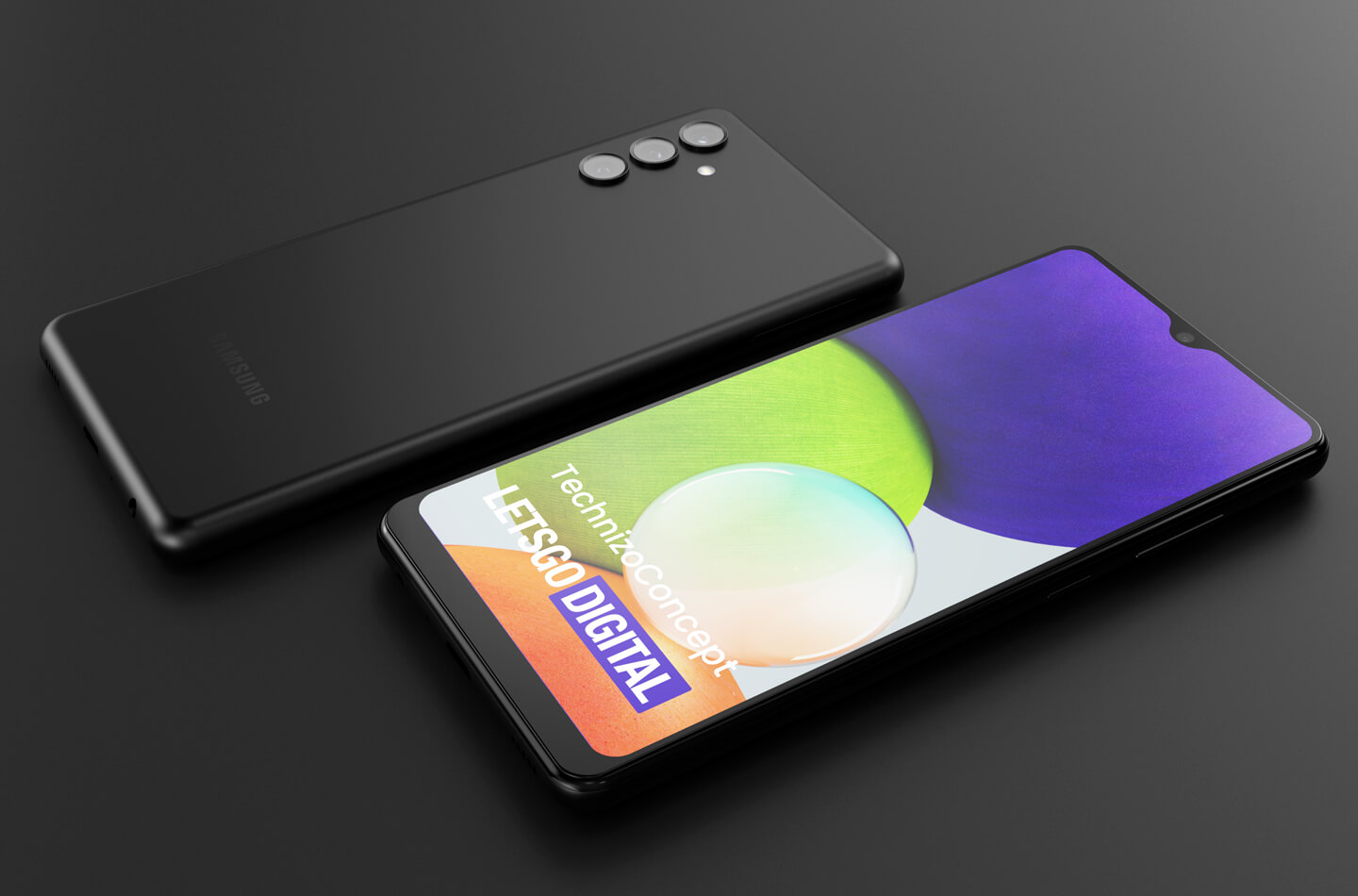 Samsung A13 with Full HD display

The Samsung A13 will be equipped with a 6.48-inch LCD display. The display resolution is likely to be increased from HD+ to a Full HD+ resolution. That is of course a welcome improvement. The 60Hz refresh rate will stay the same. Since it is a relatively cheap model, the phone will have fairly thick bezels. In addition, the v-shaped notch houses the selfie camera. Most likely an 8 megapixel image sensor will be used.

The rear camera system will also be revised. It seems the A13 will get a similar camera design as the Galaxy A32 – with one less camera. This is also apparent from the product renders published by Zouton yesterday.

It is a triple camera, of which the main camera contains a 50 megapixel image sensor and an f/2.0 lens. Of course, this is not the same 50MP camera that will soon be used in the high-end Galaxy S22 and S22 Plus. Instead, the ISOCELL JN1 will be used, which is a relatively small 1/2.76-inch sensor with small 0.64μm pixels. The advantage of this is that the camera system will not protrude far out of the housing. This 50MP image sensor was announced by Samsung in June this year.

In addition to a 50MP main camera, the Galaxy A13 is expected to be equipped with a 5 megapixel ultra-wide angle camera (f/2.2) and a 2 megapixel depth camera (f/2.4). The latter makes it possible to create a beautiful bokeh effect – blurring the background, making the subject stand out better. Of course, a flash will also be integrated. Videos can be recorded in 4K resolution @ 30 fps. 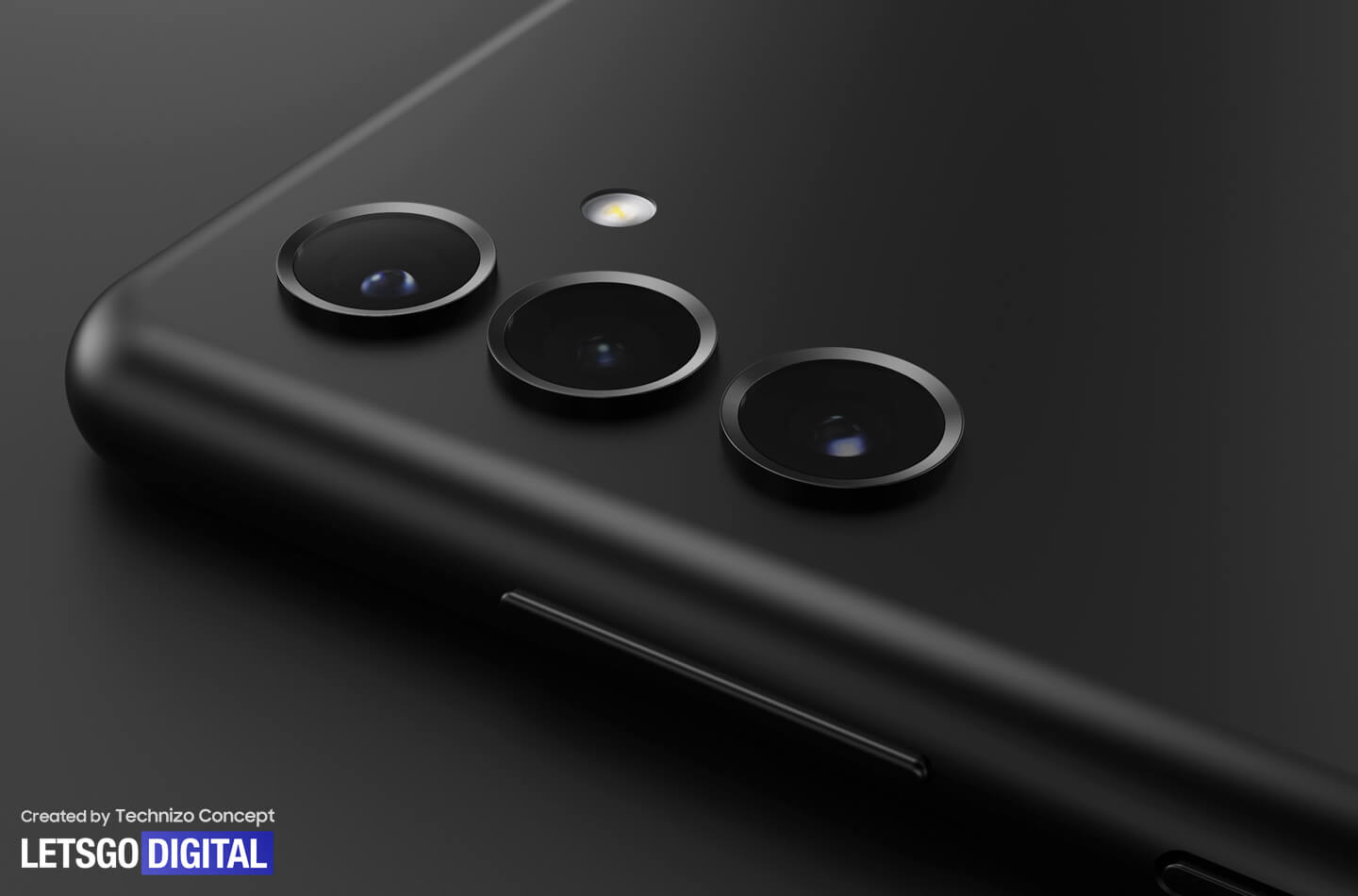 Recently, the first benchmark test results appeared online, showing the new budget model will be powered by a remarkably fast chipset. It’s the octa-core MediaTek Dimensity 700 – which is also used for the more expensive Galaxy A22. This SoC is more commonly used for budget 5G models, such as the Redmi Note 10T 5G and the Oppo A53s 5G.

The Samsung Galaxy A13 will probably be offered in two memory variants, with a choice of 4GB/64GB and 6GB/128GB. Memory will also be expandable with a microSD memory card.

The new budget model will run on Android 11 OS in combination with the One UI 3 user interface. An update to Android 12 is in the offing, now that this operating system has been officially launched by Google. Nevertheless, this will probably last until May / June 2022. 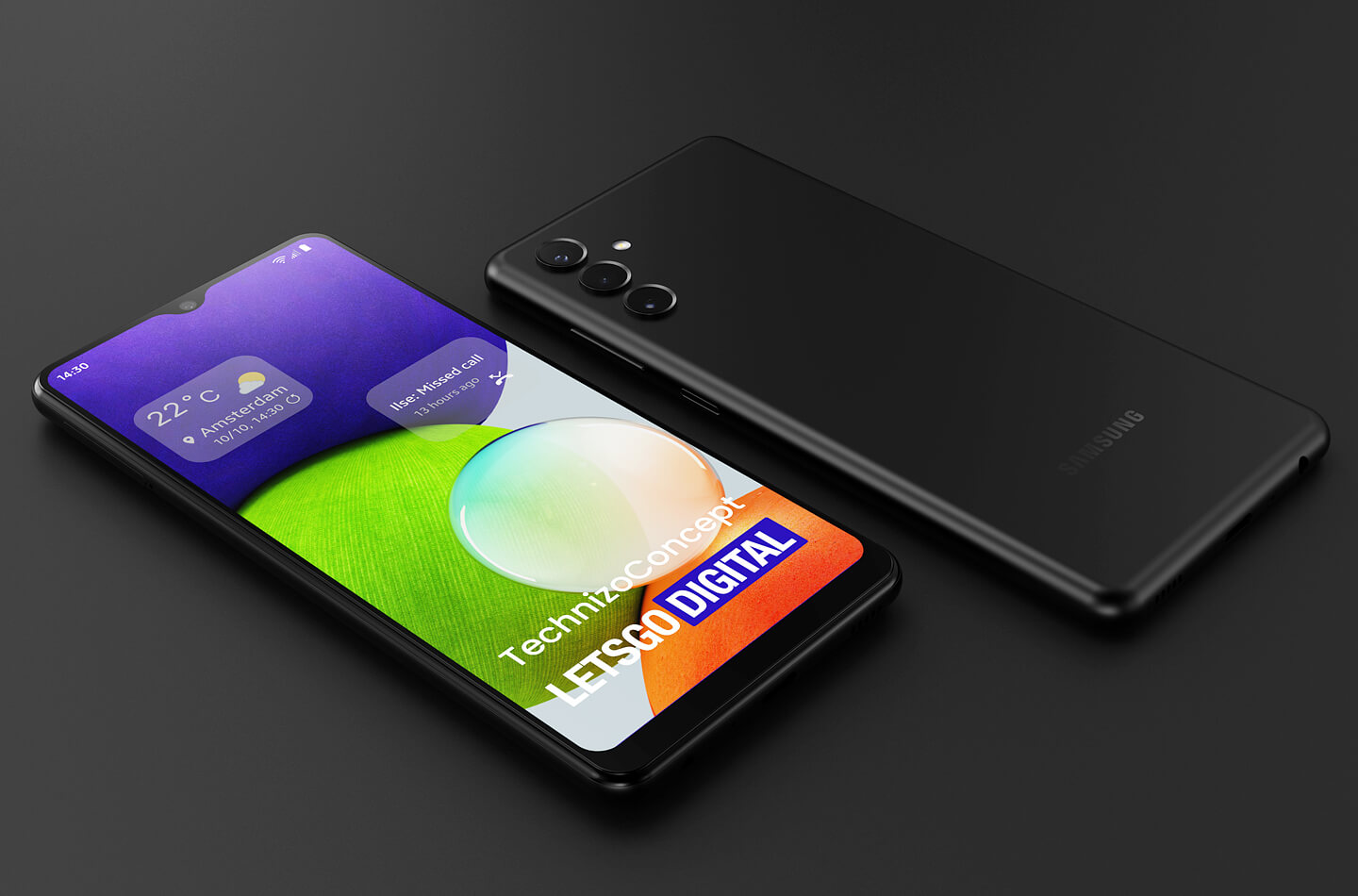 As you might have expected, the Samsung A13 will have a plastic back panel and a plastic frame. The fingerprint sensor is integrated into the power button on the side of the device. A 3.5mm headphone jack will not be missing either.

Regarding the battery, Samsung will again opt for a 5,000 mAh battery. It will reportedly support 25W fast charging. What I would find remarkable, since the high-end Galaxy S21 series can be charged at the same speed. Personally, I expect it to be 15W fast charging. Regardless of whether it will be 15W or 25W, Samsung will include a 15W charger in the box. Wireless charging will not be supported by the A13.

The new budget model will probably be released in four ‘Awesome’ colors: black, white, blue and red. The website Zouton make mention of an expected suggested retail price of $290 USD. That sounds pretty high, considering the extra advanced Galaxy A22 5G went on sale for €230 / $250 this year. It is therefore in line with expectations that the Samsung A13 will not be more expensive than €230. Presumably, the Galaxy A13 will be announced around December to go on sale in early 2022. 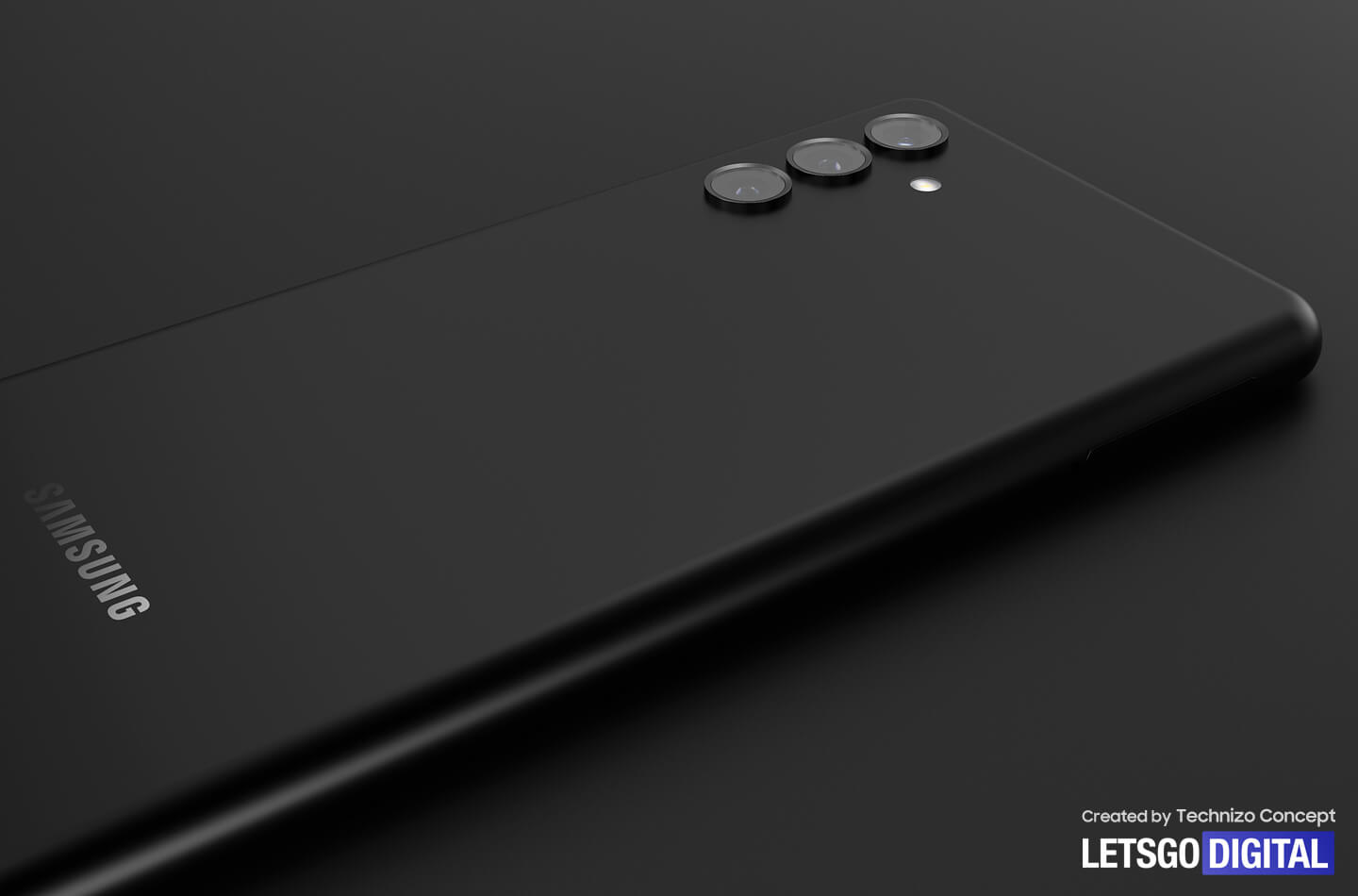 Note to publishers : The Samsung Galaxy A13 product renders are created by Technizo Concept in collaboration with LetsGoDigital. The 3D renders are for illustrative purposes only. This product is not (yet) for sale. You can use the copyrighted images for your own website, YouTube and/or social media channels, please be so respectful to include a clickable source link into your publication.