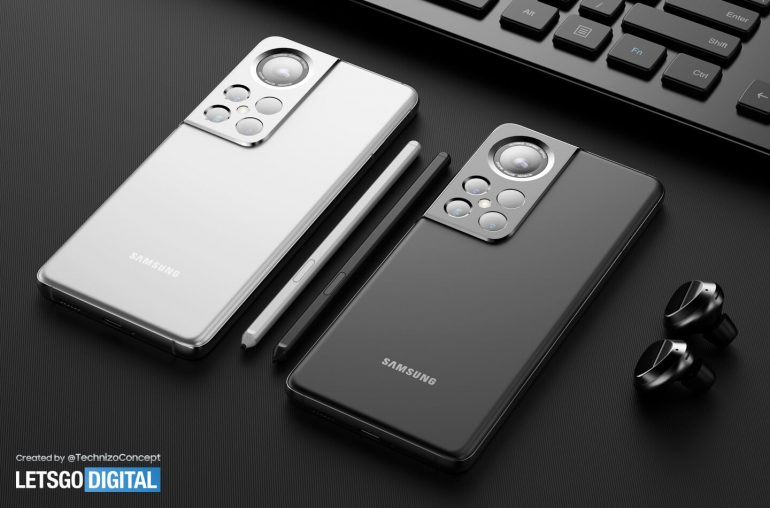 The Galaxy S22 Ultra will be Samsung's new flagship for 2022. How will this S Pen compatible smartphone look like and what will the new features be?

Samsung is expected to introduce a new line-up of S-series devices in the beginning of 2022. The Galaxy S22 Ultra will succeed the S21 Ultra. In the past few months a lot has been written about the possible new features of this top model. The smartphone is expected to be driven by a new 4nm Exynos SoC with AMD GPU and support for ray-tracing and variable rate shading. Perhaps this will also result in a new cooling solution, in the form of a built-in fan.

Samsung is also expected to incorporate some great camera upgrades in the S22 Ultra – including a ISOCell 200MP image sensor, continues optical zoom and sensor-shift OIS technology. The camera system will likely be developed in cooperation with the Japanese camera and lens manufacturer Olympus.

Based on all rumors, talented graphic designer Technizo Concept has created a concept of the Samsung Galaxy S22 Ultra in corporation with LetsGoDigital. 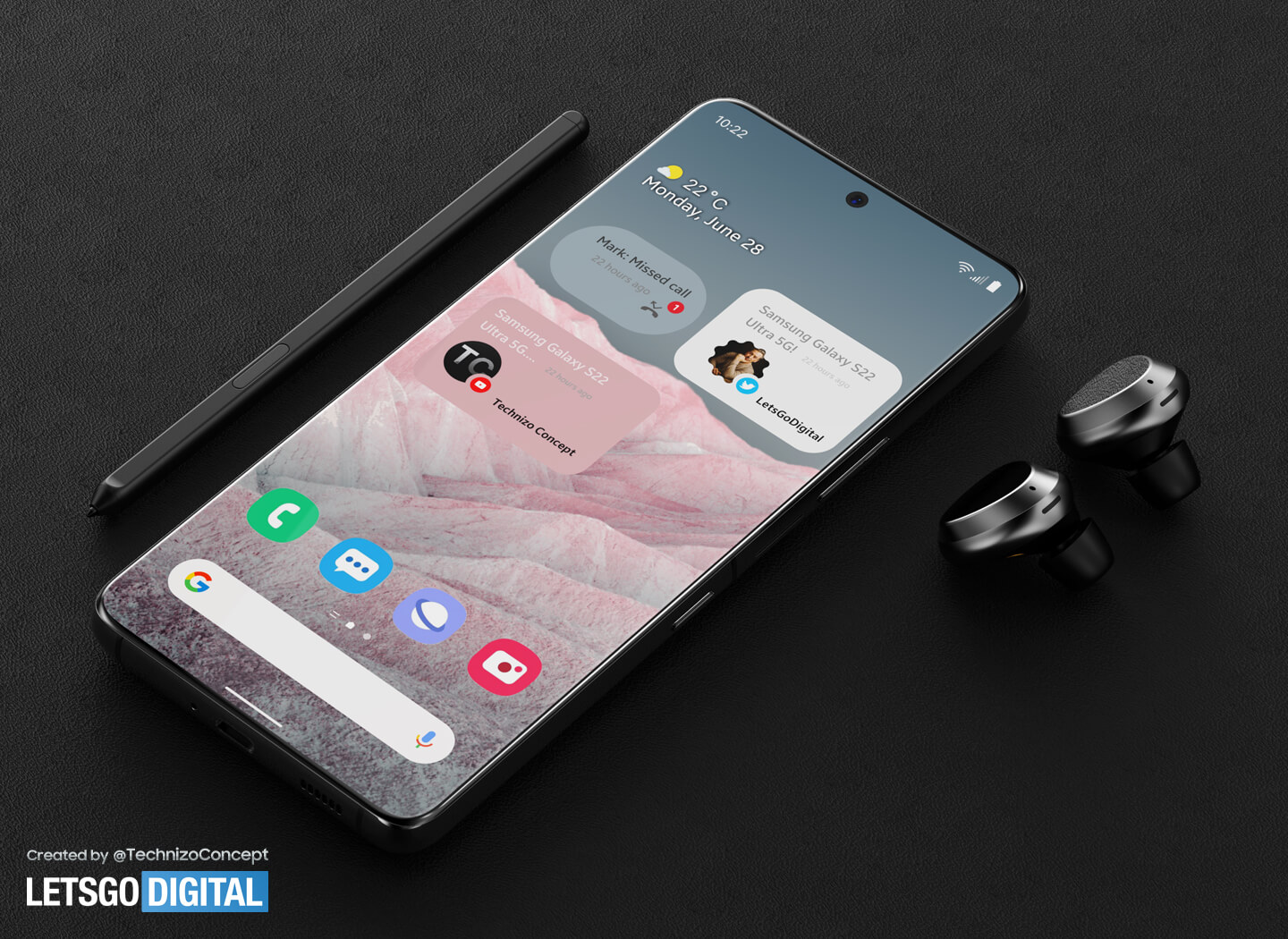 The smartphone will likely feature a 6,81-inch Super AMOLED LTPO display. Only the Ultra model will feature a curved display and a glass back panel. In addition, S Pen support will likely stay exclusive for the S22 Ultra.

For some time it was believed Samsung will integrate an under panel camera in its next flagship device. However, according to the latest report from South Korea the company has decided to postpone this feature till the second half of 2022 – when the Galaxy Note 22 is expected. Therefore the 3D renders show a punch-hole camera – just like with the S21 series.

Looking at the back, the quad-camera consisting of a 200MP main camera catches the eye. In addition, the concept design includes an ultra-wide angle and two telephoto cameras which are placed together with the laser AF in a square arrangement – with the flash in between.

Technizo Concept also integrated an Adaptive Heat Fan into its design, which is situated directly below the camera and chip and just above the battery. On both sides of the device a slot is provided for the air exhaust – as is also illustrated in the video below.

There are already a few gaming smartphones on the market with a built-in fan, like the Lenovo Legion Phone Duel and Nubia RedMagic 5s. Last month LetsGoDigital discovered Samsung has filed a trademark for Active Fan Mode – indicating Samsung might also work on such a fan for its smartphones and/or tablets. It’s not unlikely that this fan will debut in the Galaxy S22 Ultra.

After all, beginning of this month chip manufacturer AMD announced at Computer 2021 that the company has started a cooperation with Samsung for its upcoming Exynos SoC – which will come with an AMD RDNA2 GPU with support for ray-tracing and variable rate shading. Both features will make games on your mobile look even better. To compensate for the heat during intensive gaming sessions a built-in fan could come in handy.

When it comes to colors, Samsung will undoubtedly release its new S-series models in a range of new color variants. For the 3D visualization, Technizo Concept has opted for five stylish versions with a dark color palette, which usually fit well with business users: black, silver, blue, green and red. 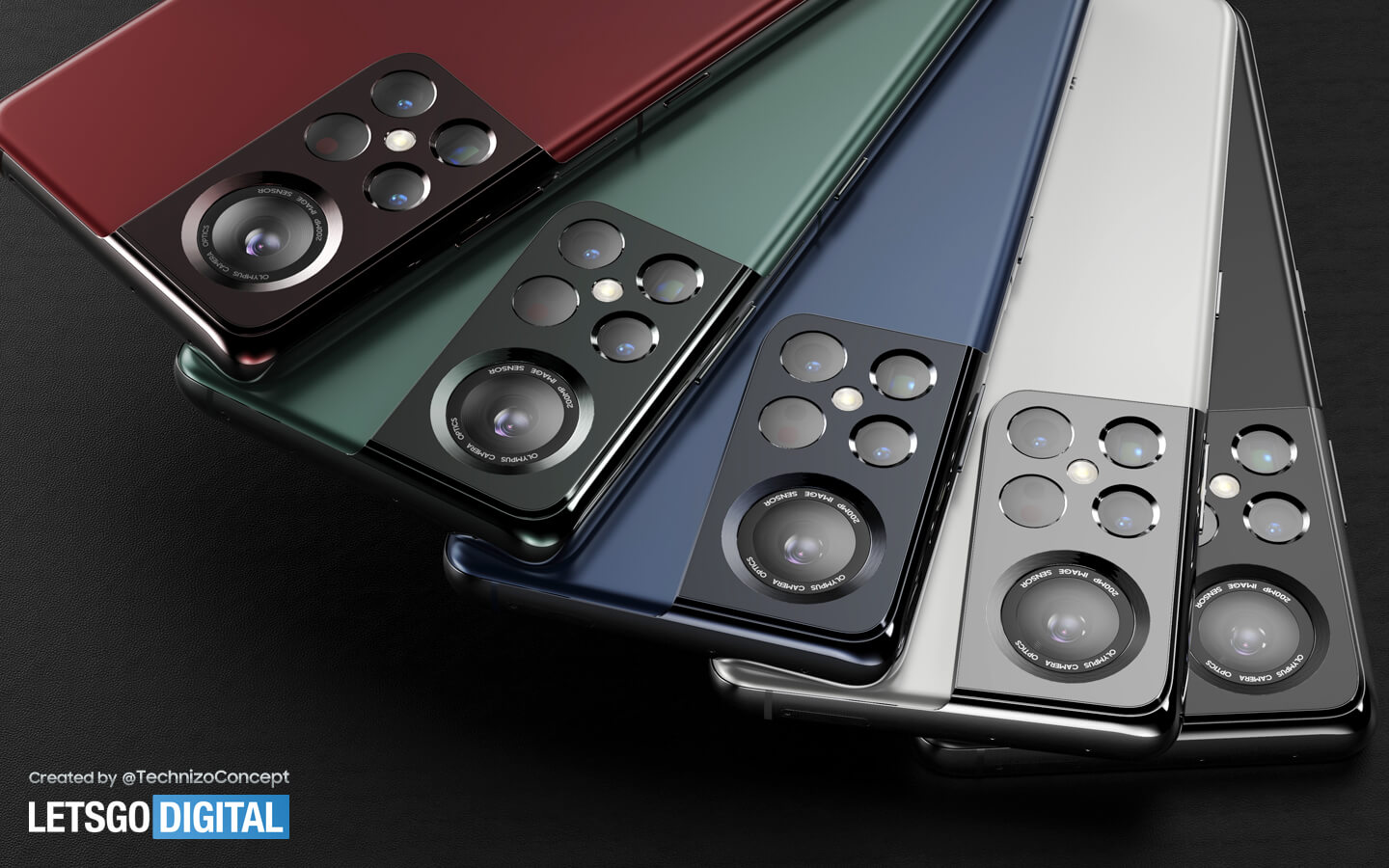 New information about the Samsung S22 Ultra 5G will undoubtedly reach the surface in the upcoming months. After all, it will still take half a year before the new S-series is expected to arrive. Before the new smartphones will arrive the South Korean manufacturer will first introduce some other smartphones.

In August Samsung is expected to hold a Galaxy Unpacked event to unveil the Galaxy Z Fold 3 and Galaxy Z Flip 3 foldable smartphones – in addition to the Galaxy Watch 4 smartwatch, the Galaxy Tab S8 (Plus) tablets and the Galaxy Buds 2 earbuds. Some weeks later the Galaxy S21 FE will also arrive. Plenty enough new Samsung devices to look forward to.

For more renders and information, make sure to check our Dutch publication on the Galaxy S22 Ultra. 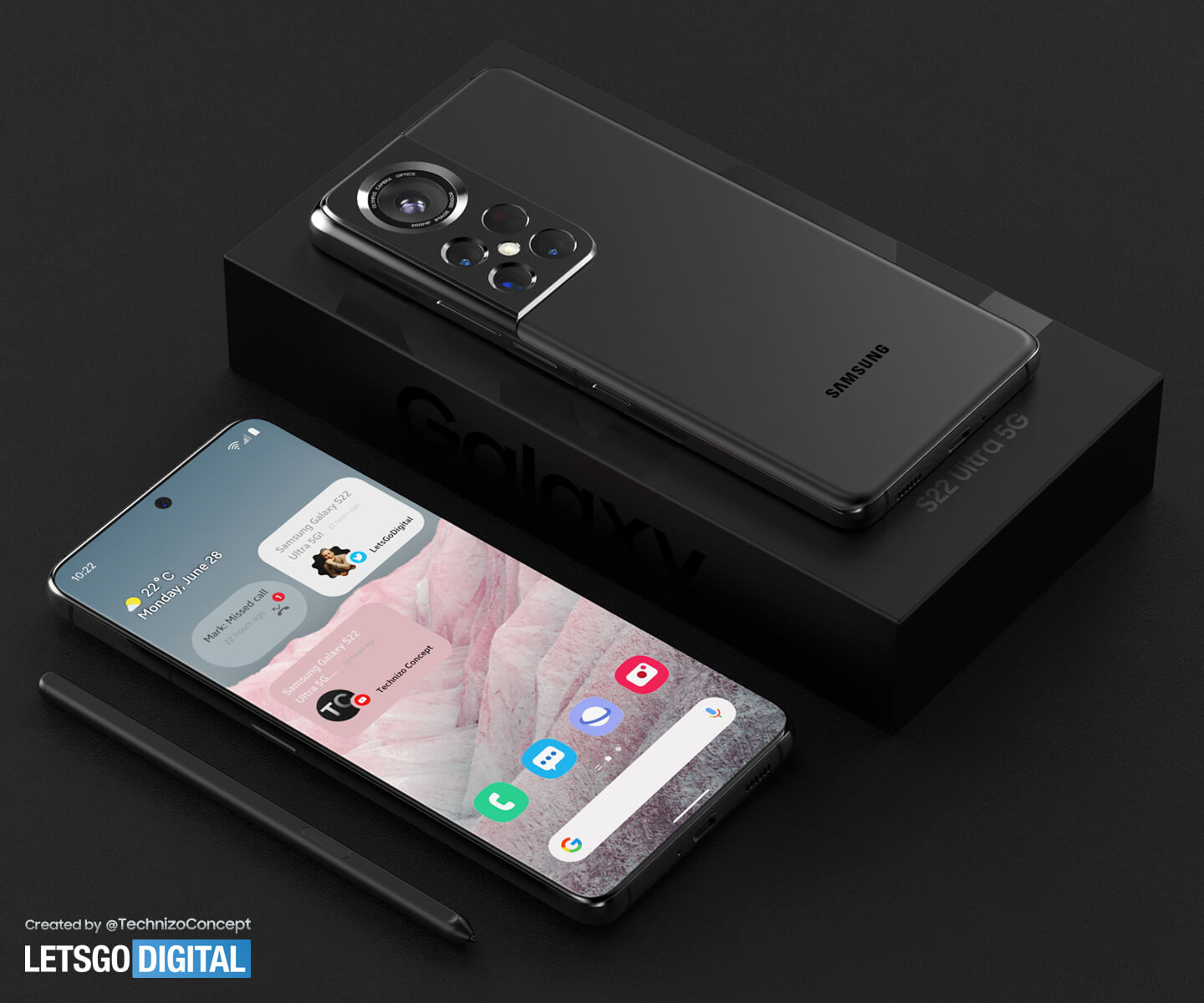 Note to publishers : The product renders in this article are created by Technizo Concept in collaboration with LetsGoDigital. The presented images are for illustrative purposes only, this product is not for sale. You can use the copyrighted images for your own website, YouTube and/or social media channels, but please be so respectful to include a clickable source link into your publication.