In the coming years, the LG V-series will include the following smartphone models: V50, V60, V70, V80 and the V90, according to newly filed trademarks.

The flagship models from LG can be found in the G-series and the V-series. The most recent top model is the LG V40 ThinQ, this smartphone has been unveiled about a month ago, as a successor to the V30 ThinQ that has been put to market a year earlier. In the meantime it seems LG has made a roadmap for its V-series for the coming years. 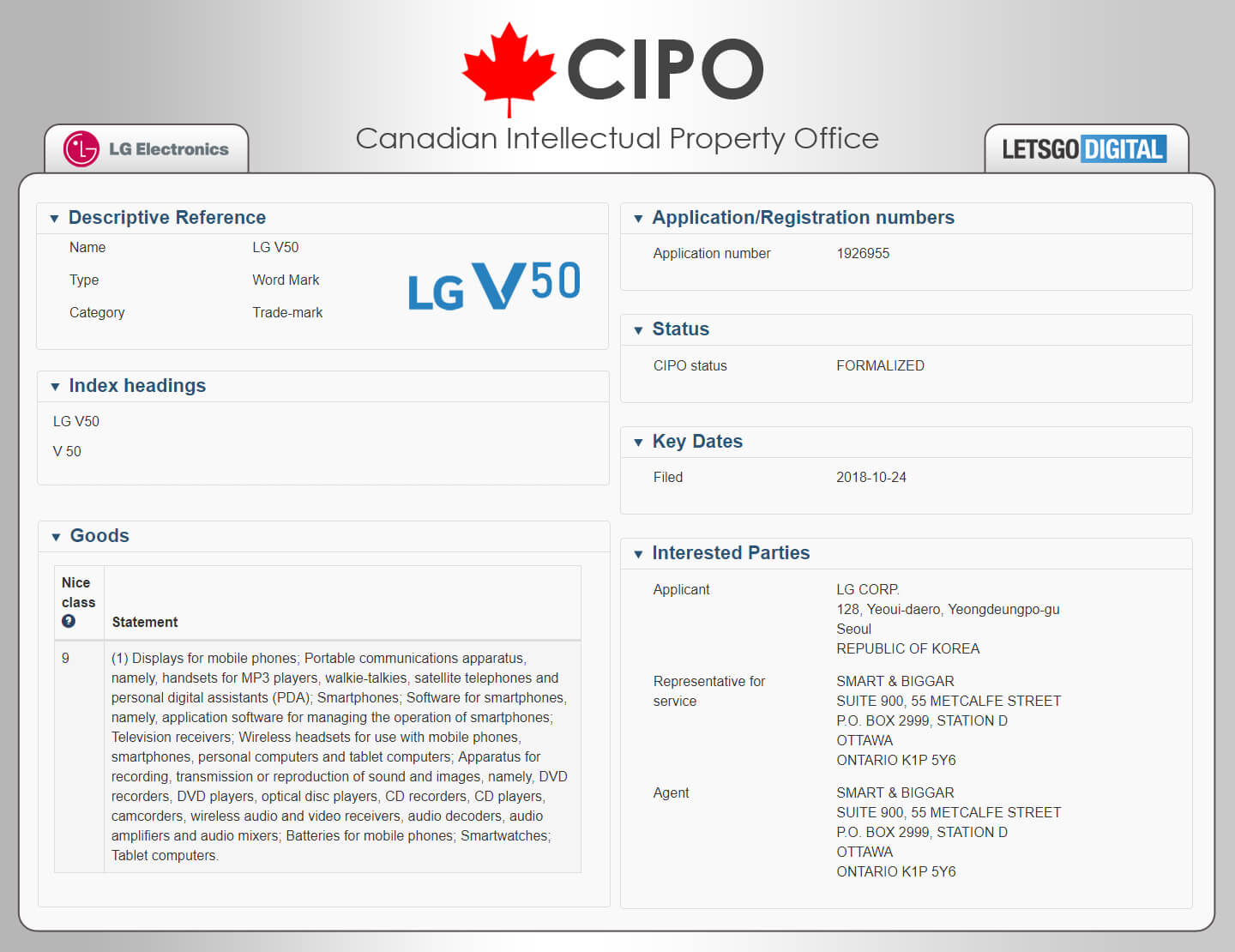 In July this year LetsGoDigital reported that LG has applied for a trademark in Mexico for LG V90. At the time it was still completely unclear what this could mean, after all the LG V40 was not even revealed yet.

This time we have laid our hands on a series of new brand names, indicating it is LG’s intention to keep working with dozens in the coming years.

The trademark registrations have not been filed in Mexico this time, but in Canada at the CIPO (Canadian Intellectual Property Office). End of October 2018 LG Corp. applied a trademark for the following model names; LG V50, LG V60, LG V70, LG V80 and finally the LG V90. 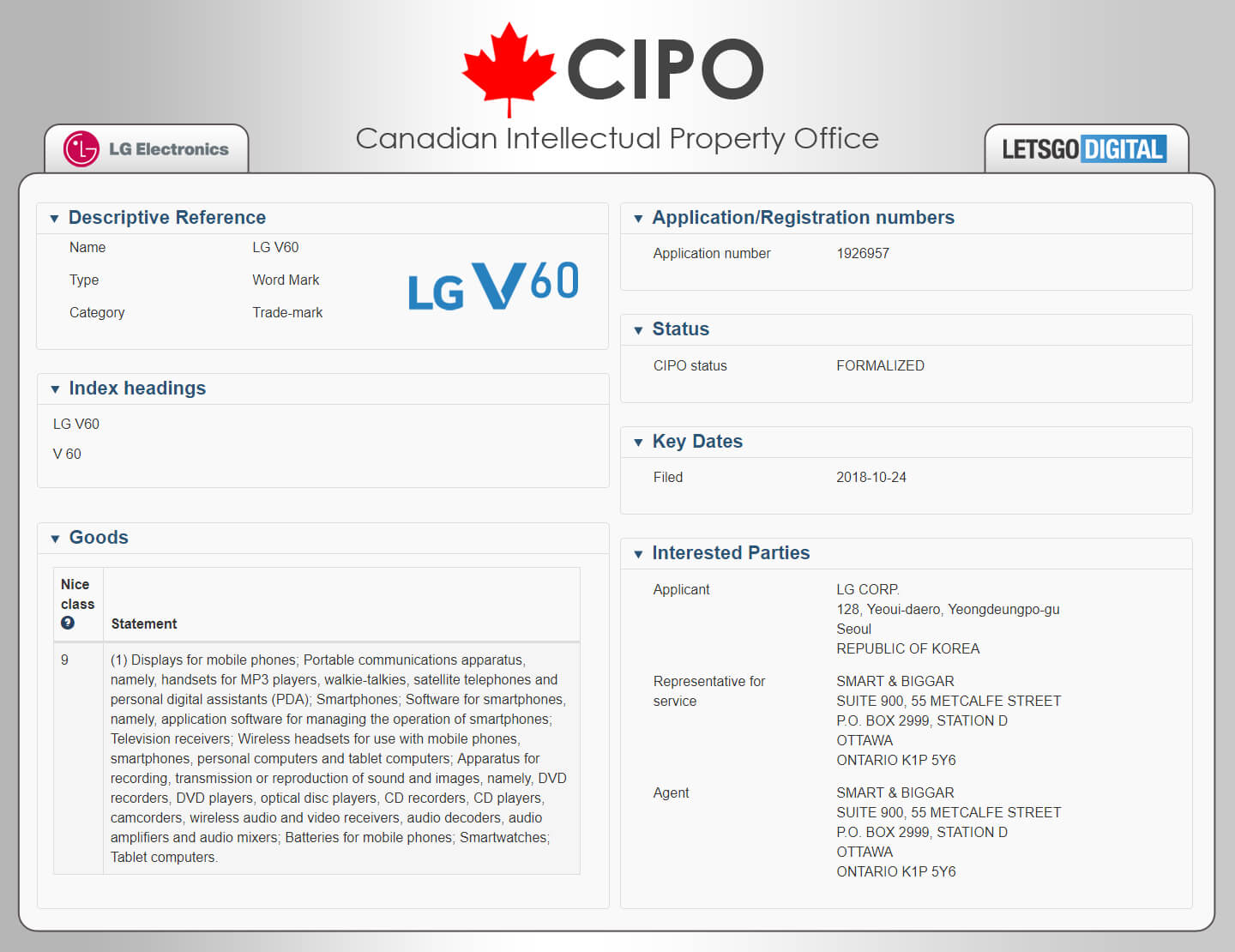 The CIPO then filed the applications with the WIPO (World Intellectual Property Organization), after which the trademark registrations have been included in the global brand database.

The applications were submitted by intermediary Smart & Biggar from Ottawa, the capital of Canada. This company deals with intellectual property and technology law. Smart & Biggar has already acted on behalf of LG in the past.

All five trademark applications from LG are classified as Class 9, which includes ‘smartphones’. The names seem to speak for themselves. 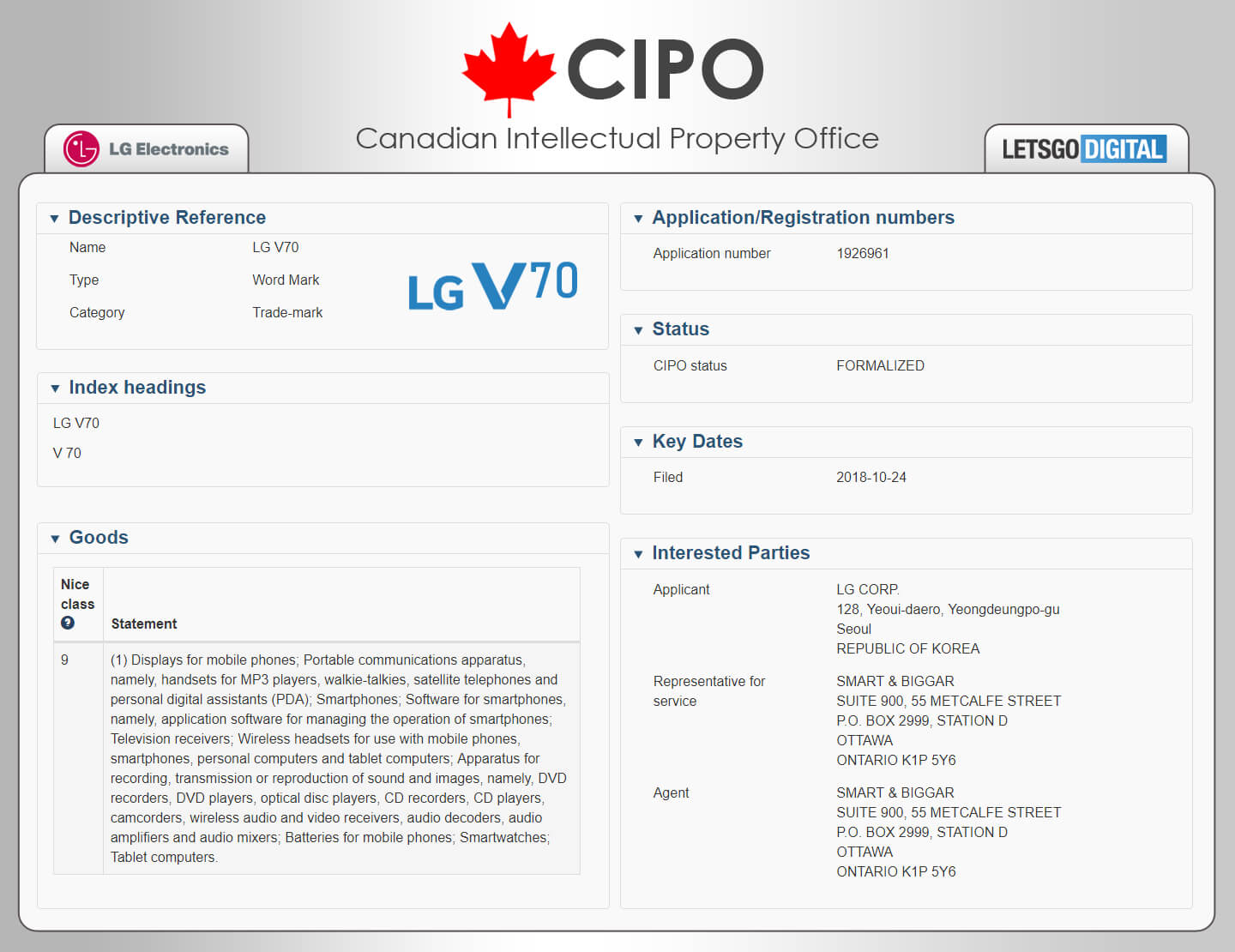 The upcoming V-series flagship model will most likely be the LG V50 ThinQ. Although it should be mentioned that the Korean company will probably also unveil a LG V45 ThinQ in a few months, just as there was also a V35 ThinQ. However, it is believed this smartphone will not be available worldwide, as was the case with the V35. The V35 ThinQ was released in June this year, in America and parts of Asia, the Middle East and Africa. 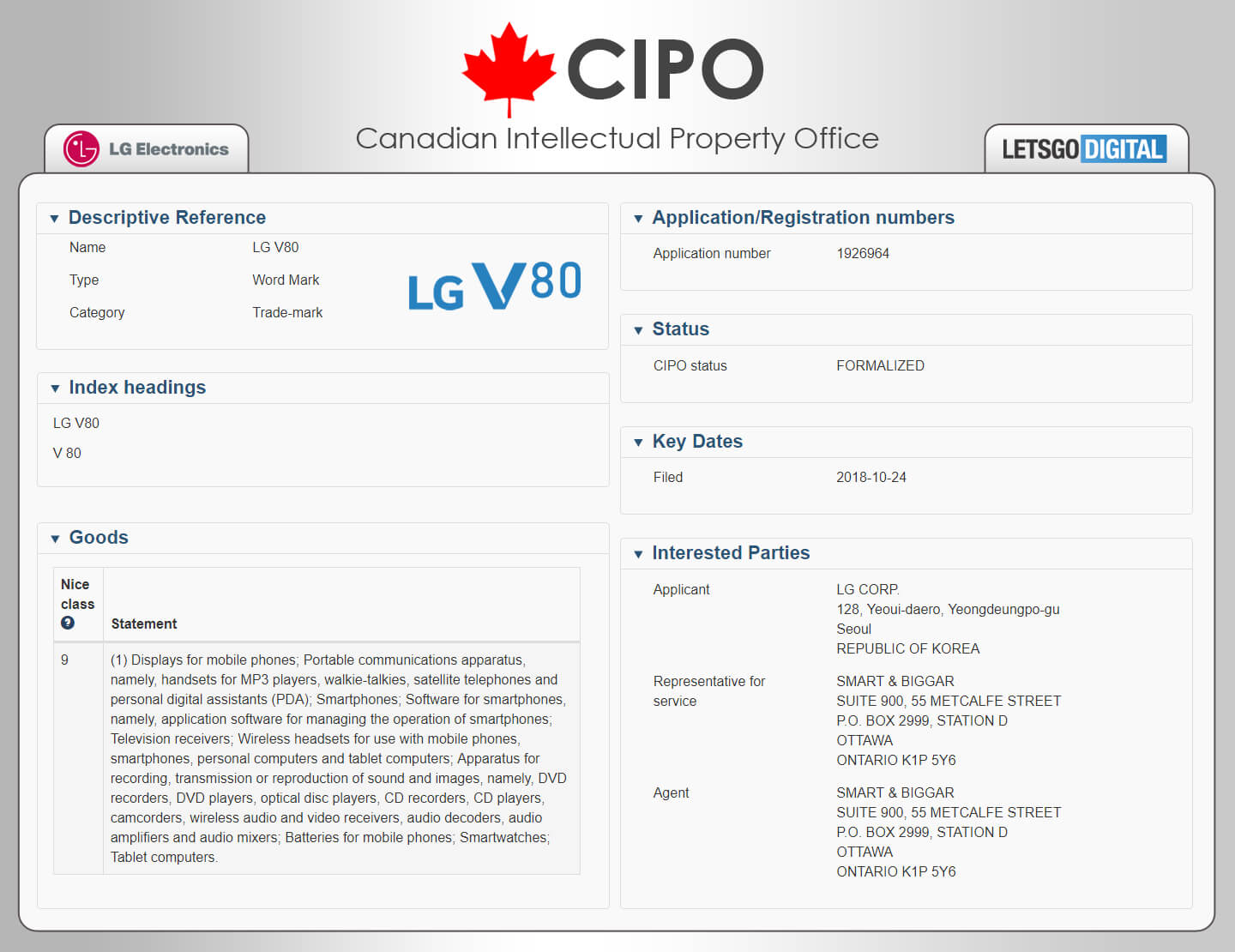 The V-series is a relatively young smartphone series, with mobile devices that are even more advanced than the G-series. The first V-series phone was introduced in September 2015, the LG V10. With the V-series, LG is in direct competition with Samsung’s Galaxy Note series, which are unveiled annually around October. Also competitor Apple launches its top devices every year around September.

The top models from the LG G-series are usually unveiled around February, after which they will be exhibited at the Mobile World Congress. MWC 2019 takes place from 25 to 28 February in Barcelona, ​​Spain. During this event the LG G8 ThinQ will probably be showcased, as a counterpart to the Samsung Galaxy S10, which is expected to arrive around the same time. 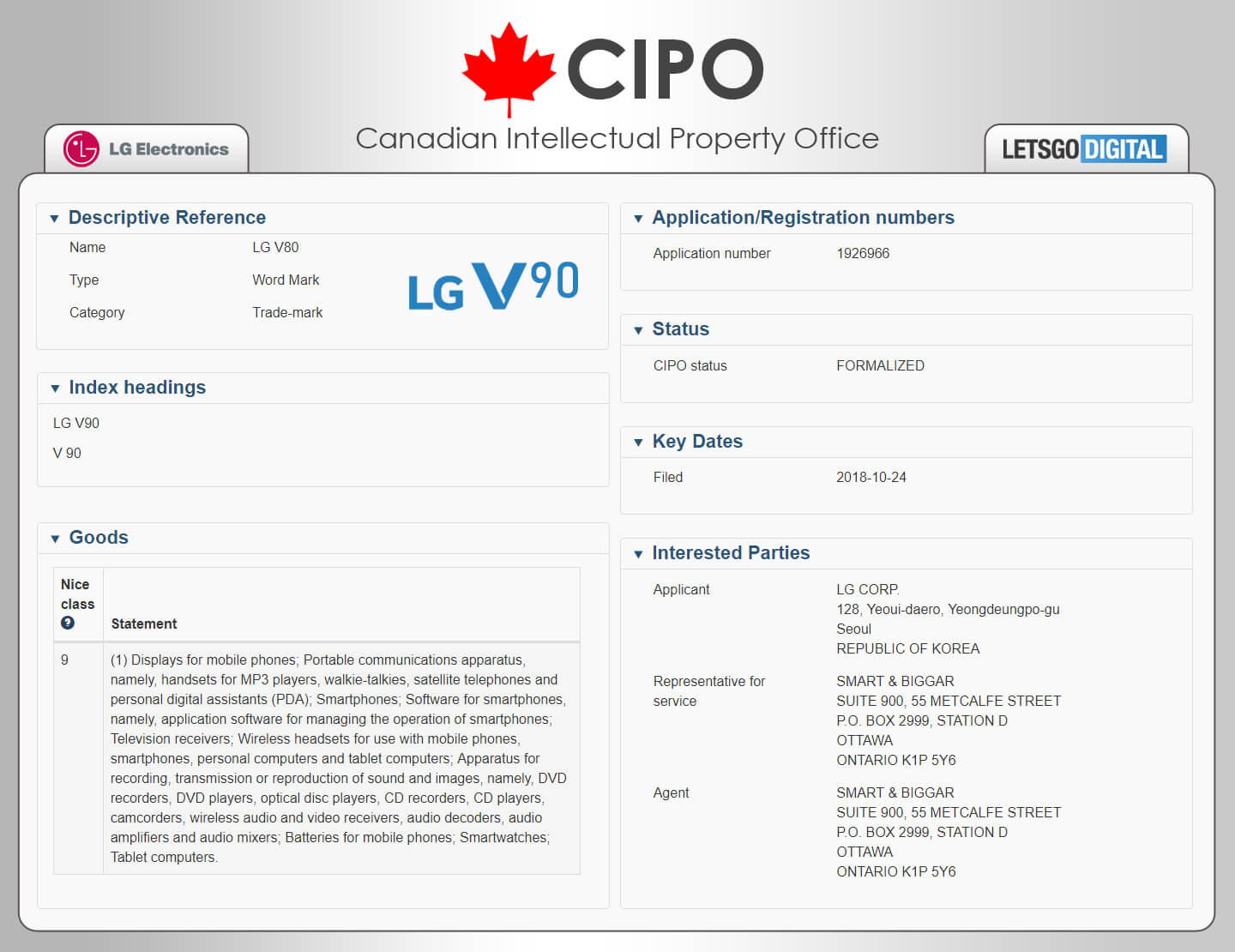