Is this what the promising LG Rollable will look like? Read here about the expectations and latest developments regarding LG's rollable smartphone.

For months there has been talk about the rollable smartphone from LG Electronics that is under development. The interest in this device has been aroused in part by LG itself, which has shown various teasers of this unique and futuristic mobile phone throughout the past year. The LG Rollable will be introduced in 2021, the South Korean manufacturer announced during the CES fair at the beginning of this year. The company has now registered numerous patents for various smartphone designs with a retractable screen.

In February this year, LetsGoDigital reported on a patent from LG Electronics for a rollable smartphone with a second screen on the back. Based on the images in that patent, graphic designer TS Designer has made various 3D product renders to better visualize this unique phone model. The device is shown in three trendy colors: silver, green and purple. 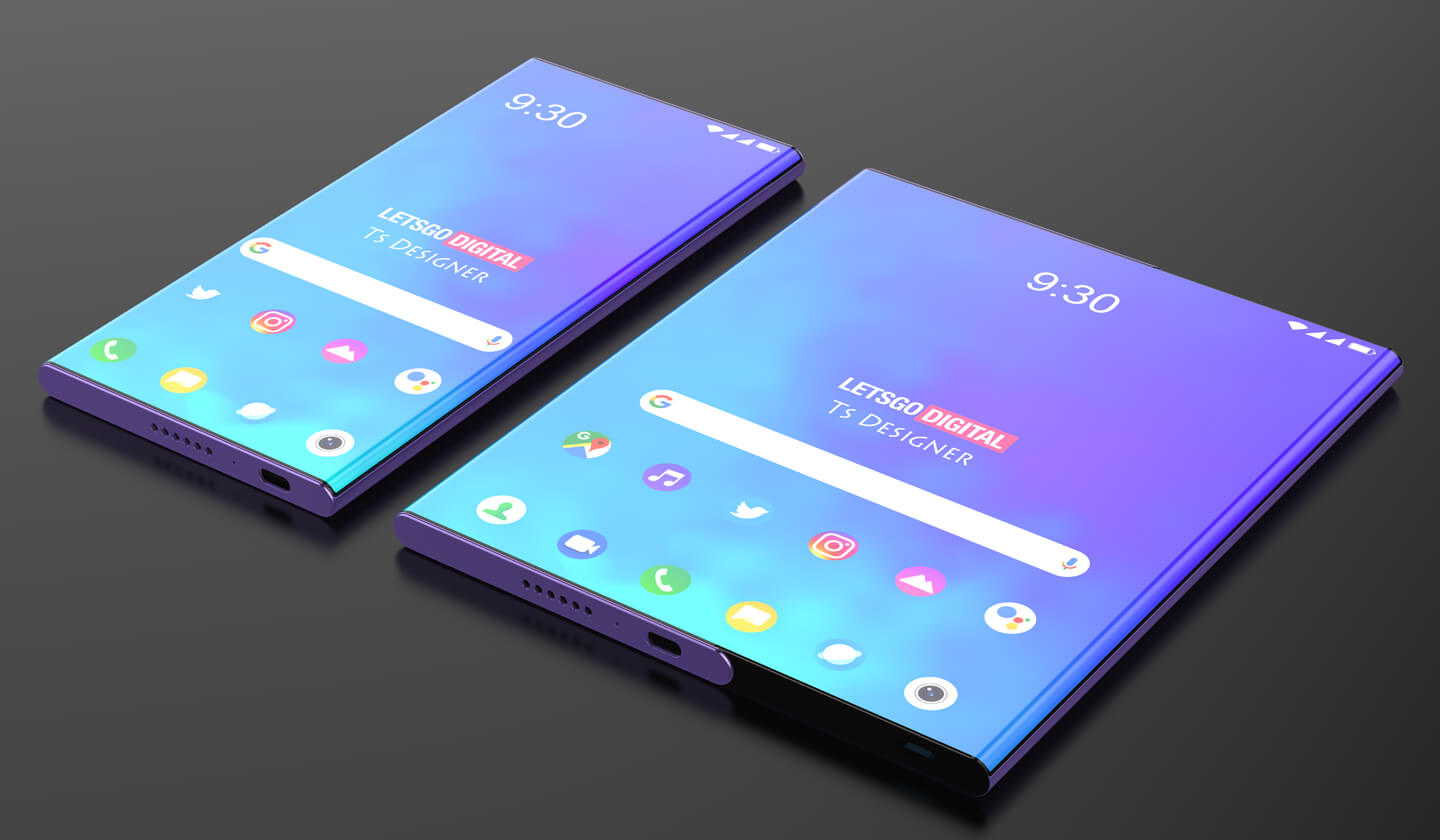 Due to the unique form factor, no folding line is visible with this device. In its most compact form, part of the retractable screen is stored in the housing. The curved display provides an extra futuristic look. With a simple push of a button, the roll-out process can be initiated, after which the screen increases in size by approximately 40%. The roll-up display is supported by a frame, which can be extended thanks to a rail system.

LG has applied a second screen on the back. It’s quite a large screen with an elongated notch on the right for the triple camera with flash. The camera system looks a lot like the one from the LG Wing, which was LG’s first  ‘Explorer Project’ smartphone. The LG Rollable should become the second device within this series.

As LG also fitted a display on the back, it can serve as a viewfinder while taking selfies. This eliminates the need to implement a front camera. With the Rollable that LG showed earlier this year, there was also no notch or punch-hole camera visible. It is therefore not inconceivable that the LG Rollable also has a second display on the back.

To display the patented LG Rollable smartphone in all its glory, TS Designer has made the following video animation, in which the rolling process is extensively demonstrated.

Previous rumors have shown that the LG Rollable will most likely incorporate a 6.8-inch display that can be pulled out to a 7.4-inch screen. The roll-up display is manufactured in collaboration with the Chinese display manufacturer BOE.

Last week, the LG Rollable (model number LM-R910N) received the Bluetooth SIG certificate, XDA Developers reported. The Bluetooth 5.2 certificate mentions a “end product”, which indicates that LG’s rollable smartphone is ready to enter the market. Initially it seemed the intention that the device would be introduced in March. Last month, however, it already became clear that we still have to be patient until September. At least if nothing intervenes…

There are serious doubts about the future of LG’s mobile division. Continued negative business results seem to be reason for LG to stop its smartphone production altogether. The company has been looking for a buyer for some time now. As there was not much progress in the negotiations for a possible takeover, LG intends to officially announce next month that it will stop producing LG smartphones, The Korea Herald reported last week. 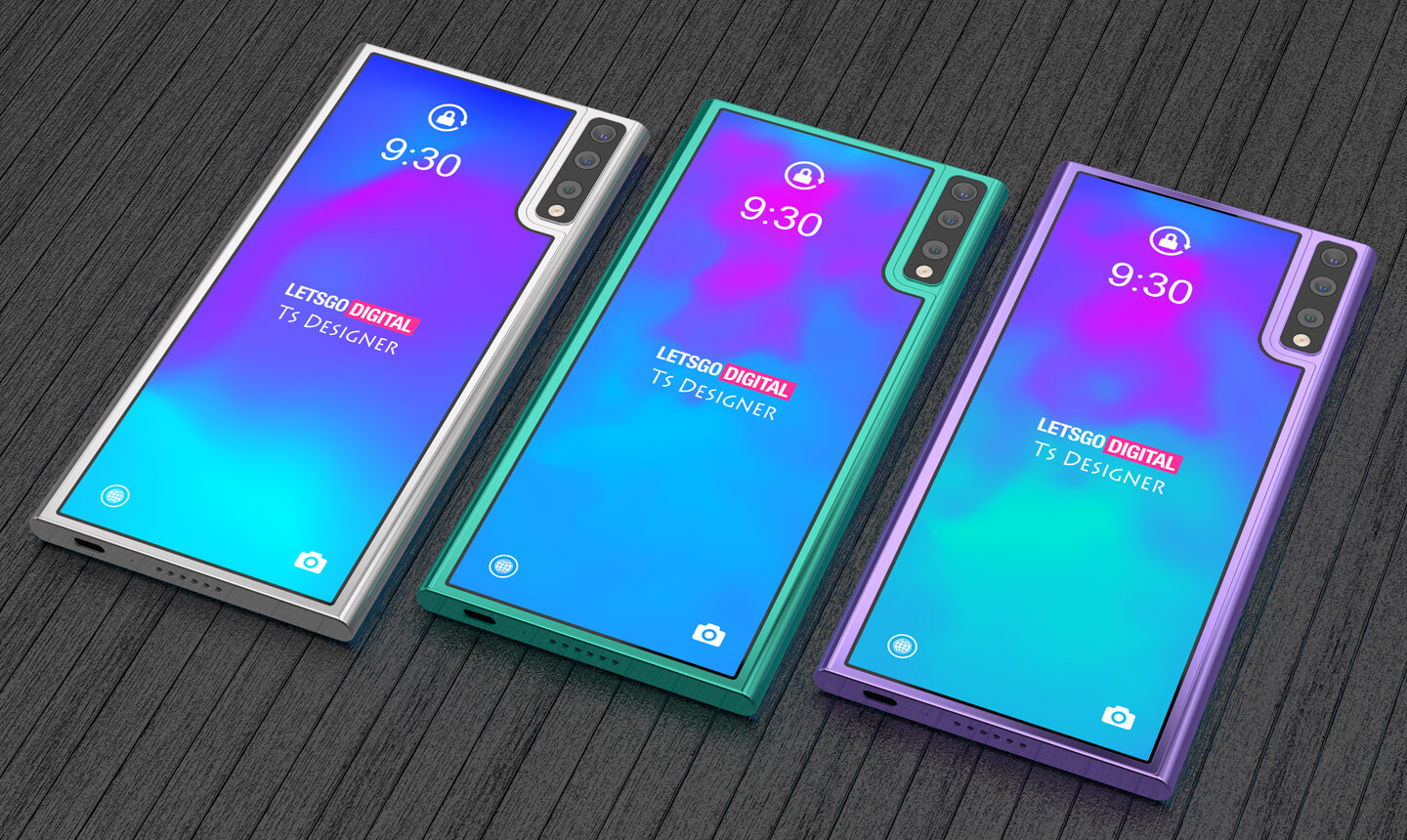 LG Electronics has not yet responded, so nothing has been confirmed yet. Officially, the LG Rollable is still on the schedule for 2021. After the smartphone received the Bluetooth certificate in mid-March, many thought that the rollable smartphone would be officially announced within a few months. There’s a real chance however that the LG Rollable will never be released after all.

The company may see an opportunity to use the knowledge gained for rollable display technology for smartphones from other manufacturers. After all, the display division will continue to exist. LG is not the only manufacturer that sees a future in rollable phones. TCL already showed a prototype a year ago and Oppo introduced the Oppo x 2021 at the end of last year. However, both Chinese manufacturers have no intention to actually release these rollable devices. In addition, it is known Samsung also has a retractable Galaxy phone in development, the same goes for Xiaomi.

Speaking of Samsung, this South Korean manufacturer appears to be planning to release its first dual foldable phone in late 2021. Also a futuristic model that can be folded twice. This gives the user an even larger display surface when folded out, with a pleasant standard screen ratio of 16:9 or 18:9. All in all, there will be plenty of innovative smartphone models to follow. In the coming period, more will undoubtedly become clear about the future of LG’s mobile division and the now market-ready rollable smartphone. 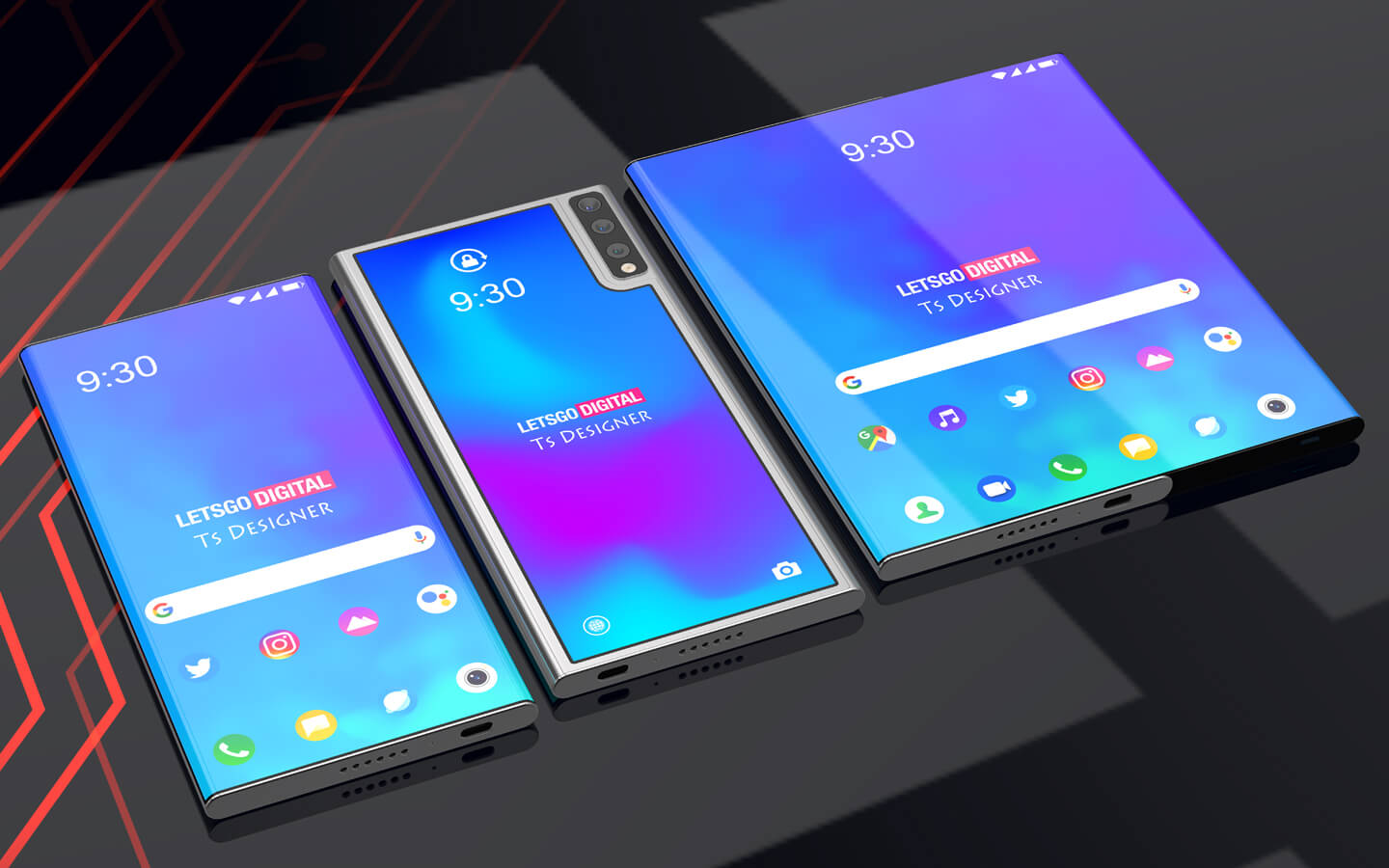 Note to editors : The concept renders in this publication are created in corporation with graphic designer TS Designer. The presented product images are for illustrative purposes only. The images are copyright protected. Feel free to use the pictures on your own website, please be so respectful to include a source link into your publication.