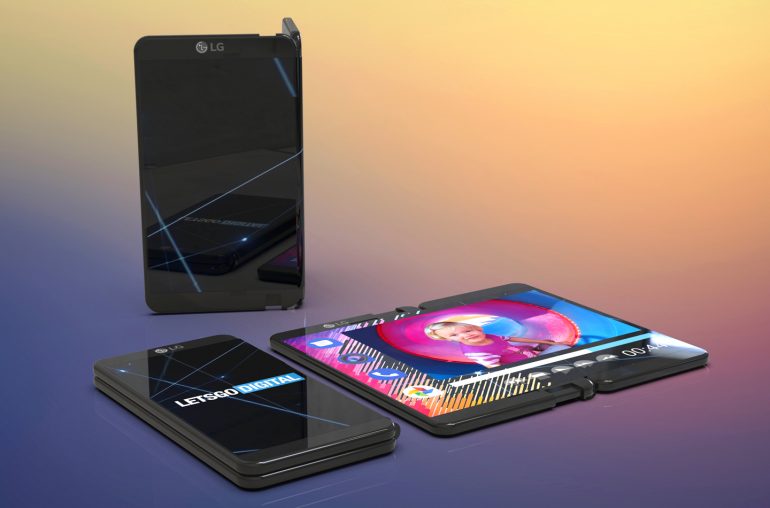 Exclusive 3D renders: LG patents a foldable smartphone with a large flexible screen that can be pulled out slightly, to use the phone in unfolded position.

Now that 2019 has started, it won’t take long until the first smartphones with a foldable display will be officially introduced. Several manufacturers are developing such a revolutionary smartphone, including LG Electronics. The Korean company has already officially confirmed that a foldable phone is in development. In addition, several trademarks have been filed: LG Bendi, Foldi, Flex and Duplex.

As yet, very little is known about the specs of the foldable LG smartphone. The only leads are the patents applied for by LG Electronics. Today we can report on a new patent from LG Electronics for a foldable smartphone with a completely new design, where the display will on the outside in folded position. 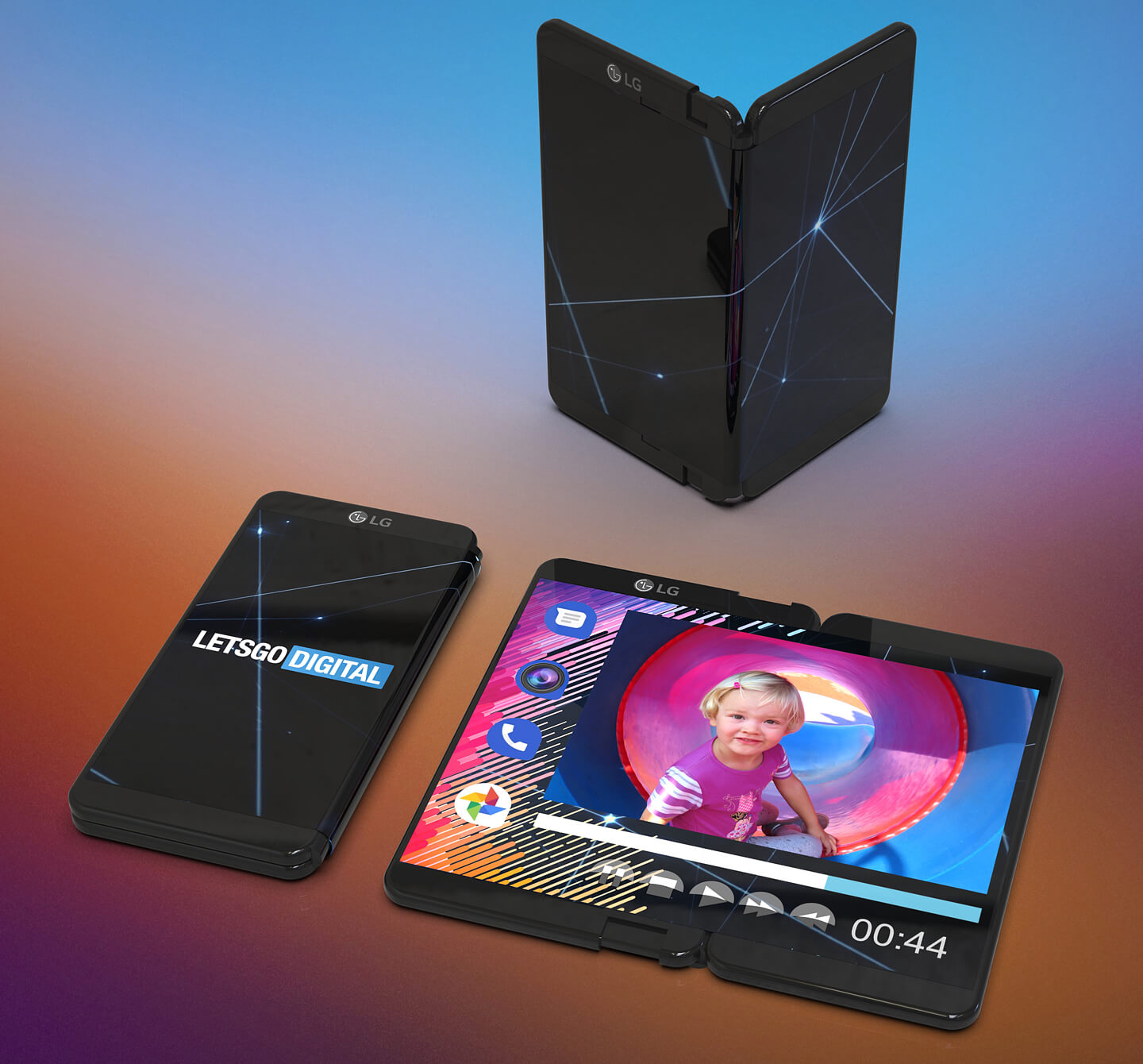 LG Electronics has filed a patent with WIPO (World Intellectual Property Office) and USPTO (United States Patent and Trademark Office) for an ‘Electronic device’. The patent was published on 27 December 2018 and describes a uniquely designed foldable LG smartphone.

The patented LG smartphone has one large deformable flexible display. When the device is folded, the screen is on the outside, meaning there is no need for a second front-display. The flexible display extends from the front to the entire rear side, via the right-hand side. On the left there is still a small bezel.

We have not such a folding mechanism before, but it looks constructive and sturdy. In the middle a hinge is placed with two springs. When you unfold the phone, you have to pull out the screen a little, after which the springs keep the device in unfolded position.

The device may be equipped with a stylus pen. In addition, the foldable smartphone from LG will be equipped with multiple cameras. There is no clarity about the placement of the cameras, but two possibilities are mentioned in the patent description. LG may choose for a matrix setup (to make photos from different angles) or for a stereoscopic setup (to take photos from left and right, to generate 3D images). 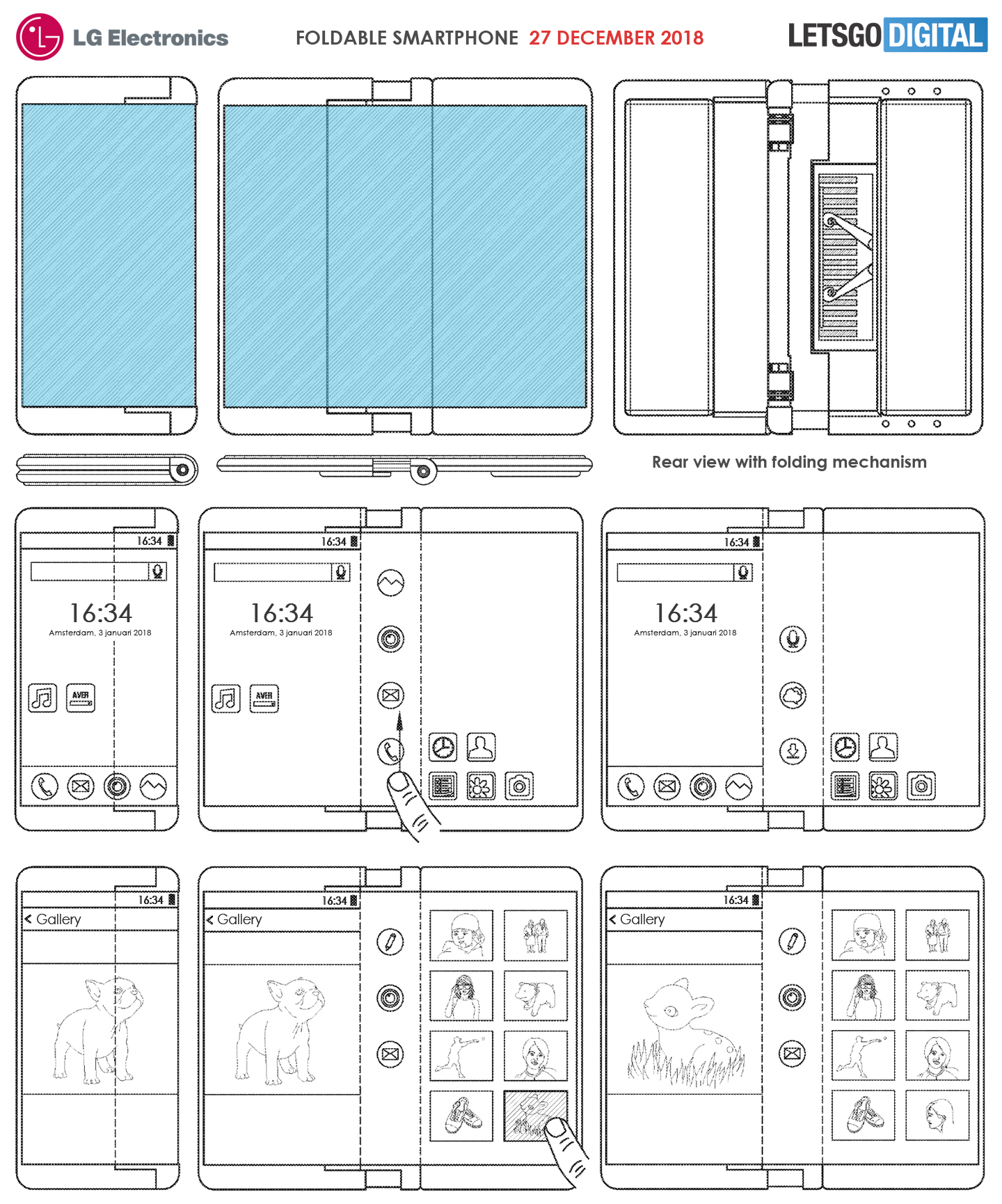 Operation of the foldable smartphone

As soon as the foldable smartphone is being unfolded, the user interface will be automatically adjusted. Users are initially provided with two start screens. In the middle, icons of frequently used apps are shown. Users can scroll through the icons and adjust them to their liking.

A user can simply choose an app and control whether this app should be shown on the left or right display part. Do you need a full screen, for example to watch a video, this is also done in one click. The icons will then be displayed on the left side of the screen, in order to easily switch applications at any time.

During the past year, LG has patented several smartphone designs with a flexible display. It looks like the Korean manufacturer has taken into account several possibilities. For the moment the question remains; what will be the winning design, or may we expect multiple foldable LG smartphones in the long term? Such as a foldable and a rollable smartphone. Time will tell.

Here you can find the patent from LG Electronics: claims, specifications and drawings. 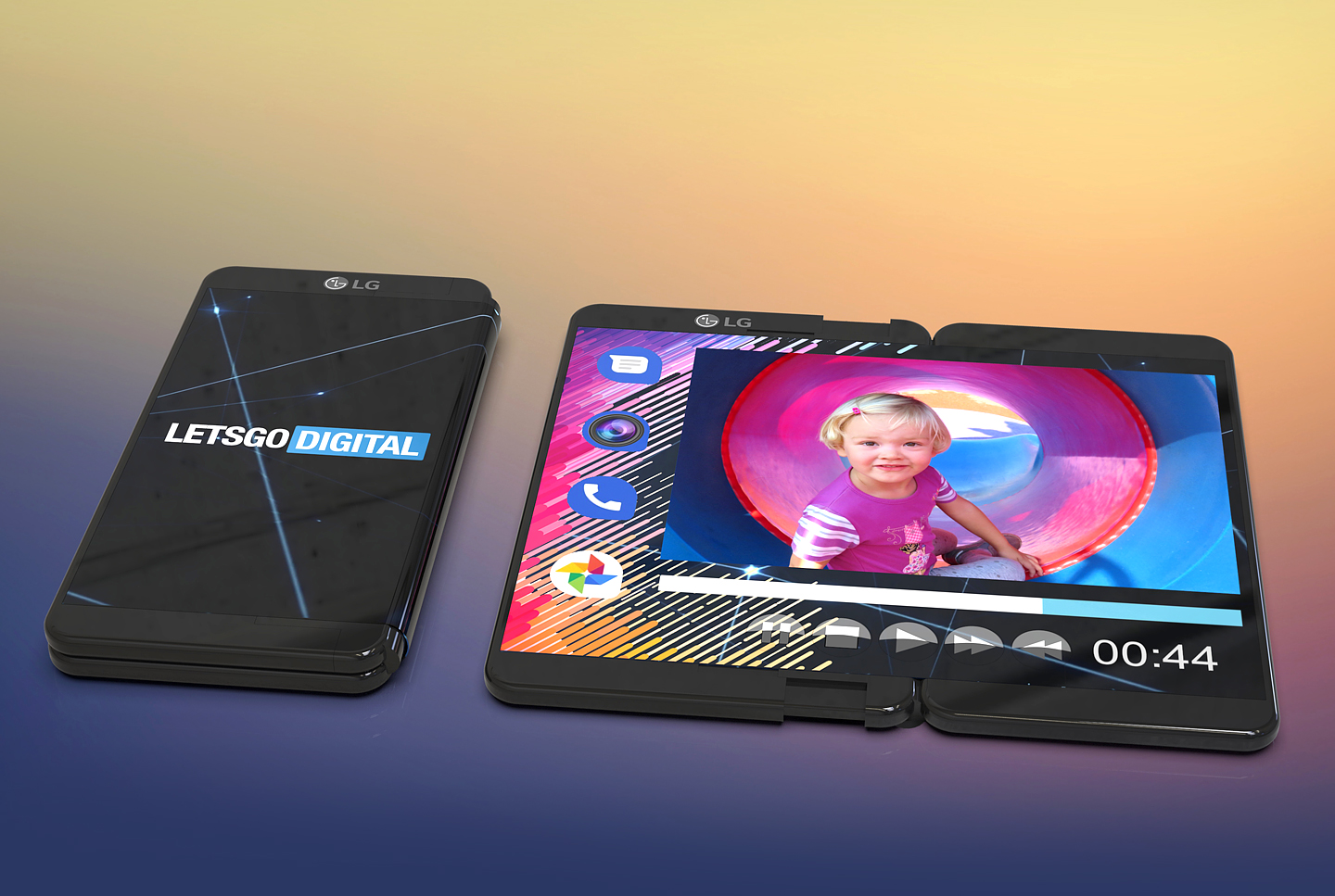 Note to editors: The copyright protected 3D renders presented in this article are produced by LetsGoDigital and are based on the patent from LG. The pictures can be used for reproduction in any online publication if you add a credit source link to our website. Thank you very much for understanding.