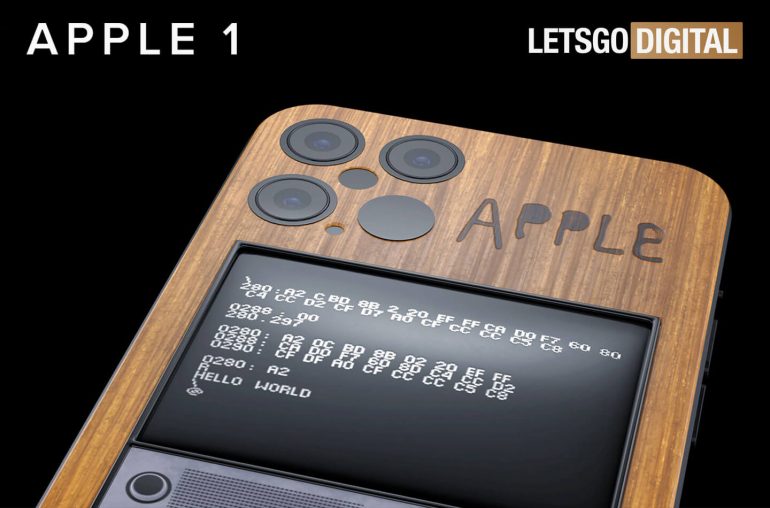 Caviar introduces a unique Limited Edition smartphone in the same style as the Apple 1 PC from 40 years ago. The iPhone 12 Pro will be used as a basis.

Apple is expected to launch its new iPhone 12 series in mid-October. In the meantime, the Russian company Caviar is already working on new Limited Edition designs, for which the iPhone 12 Pro (Max) will be used as a basis. Earlier this month Caviar introduced the iPhone 12 Pro Space Odyssey Collection, this time the theme is Apple 1 – the very first Apple PC which was released over 40 years ago.

Caviar is known for lavishly decorating high-end phones from Apple and Samsung with high-quality materials – such as precious metals, titanium and leather – to turn them into an exclusive and unique device. The iPhone 12 Pro Apple 1 Edition is another rare phone, as the back is designed like the Apple 1 PC from 40 years ago. 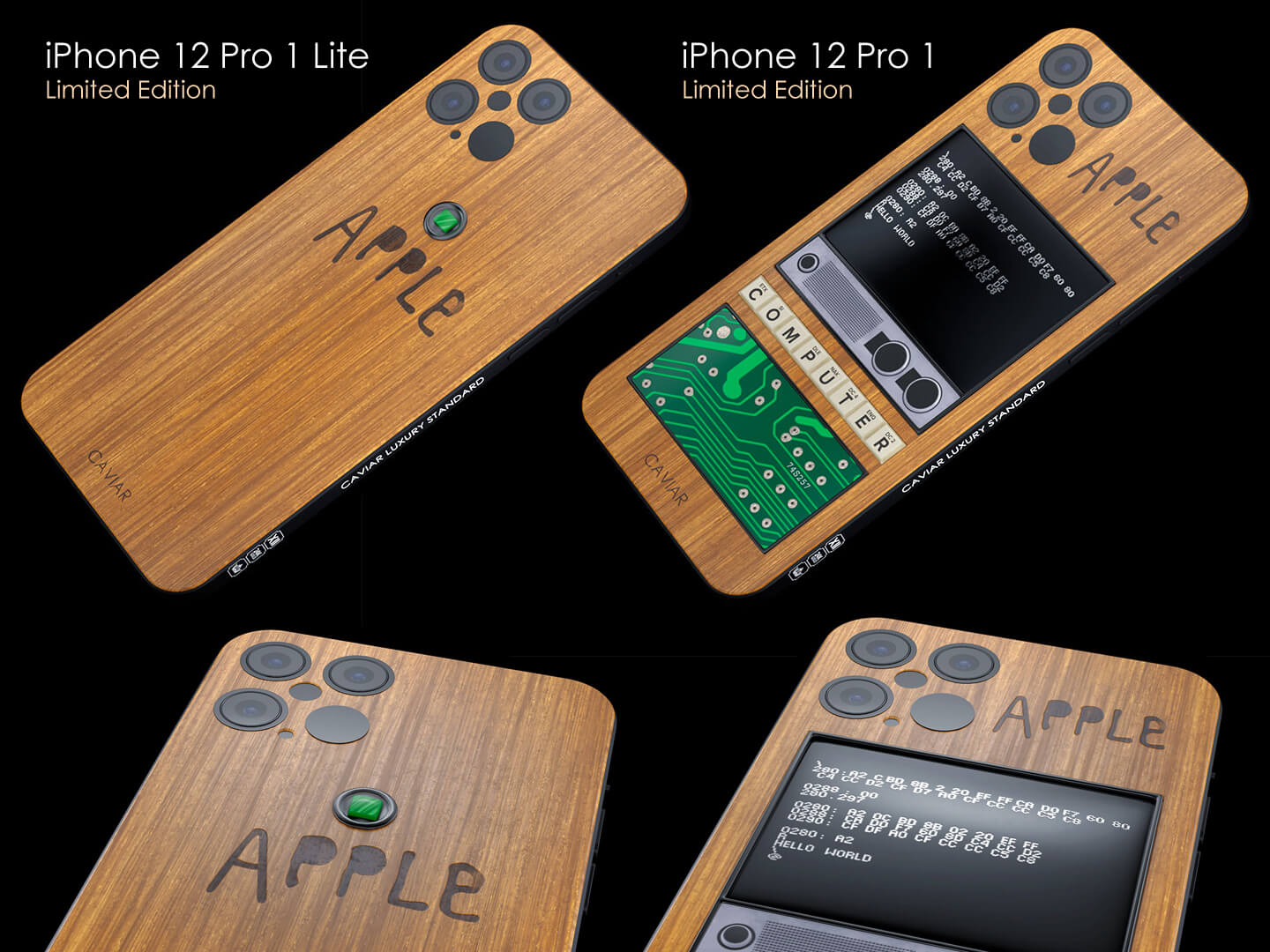 The Apple I was designed by Steve Wozniak, for personal use. However, Steve Jobs saw an opportunity to sell the PC. Thus, this became the first personal computer released by Apple. The early PC had a microprocessor and a keyboard. The Apple 1 could also be connected to a monitor. The housing was also one-of-a-kind; a characteristic wooden housing was chosen. The device got a suggested retail price of $ 666.66 USD.

The iPhone 12 Pro Apple 1 Collection from Caviar is inspired by the Apple 1. Caviar provides this unique phone with the same wood pattern and the same characteristic Apple logo is incorporated into the design. Directly below the camera system is a miniature glossy titanium display integrated, with the accompanying ‘Hello World’ program from the Apple 1. There are even keyboard buttons that show the word ‘Computer’, in the same font style as the original from 40 years ago . 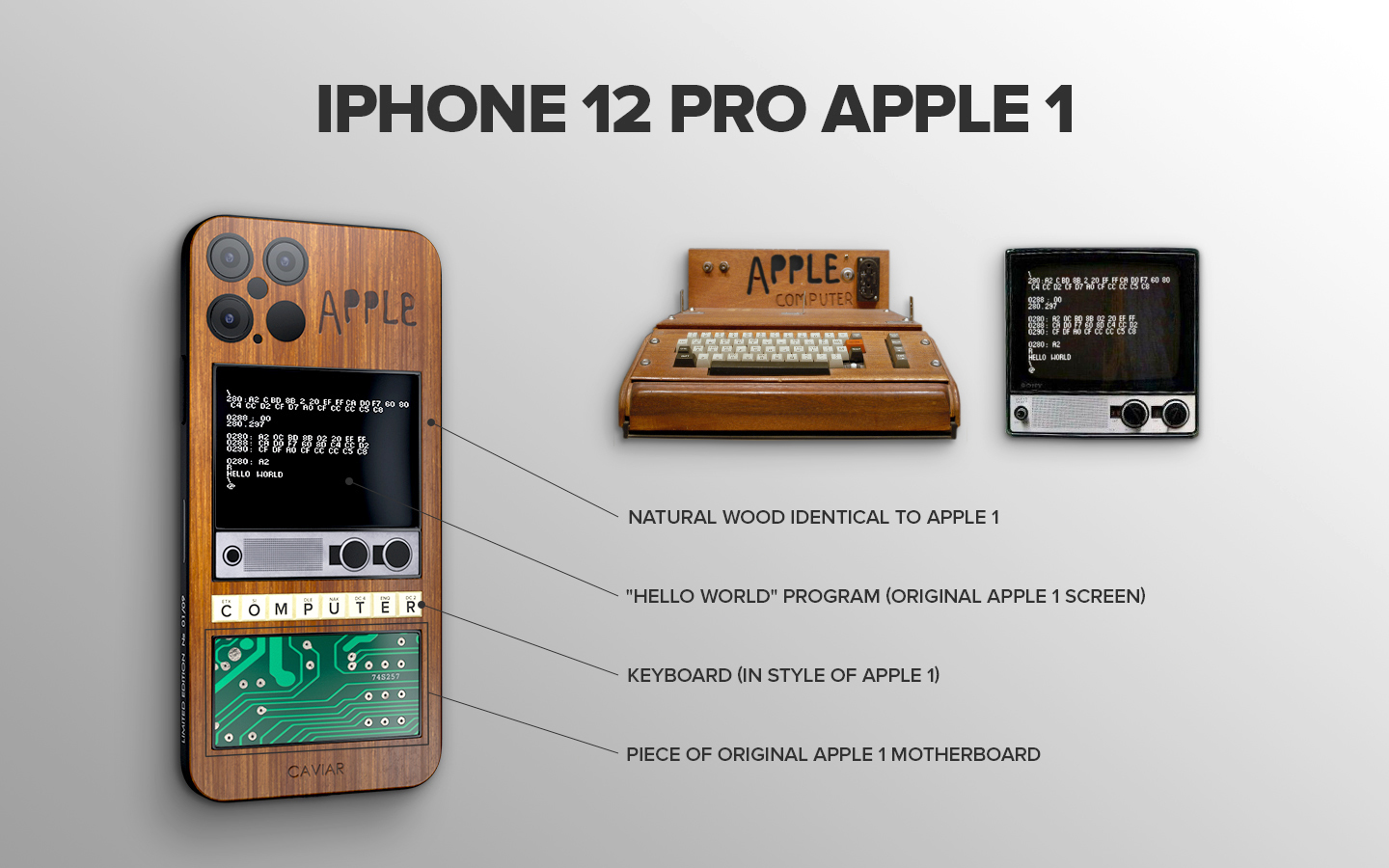 To complete the design, Caviar decorates this unique iPhone 12 Pro with a real fragment of the motherboard that was used in the Apple I. The motherboard was bought from a collector, after which it was disassembled in the design studio of Caviar and then put back in fragments in the design of the iPhone 12 Pro. This gives the phone a very special character – especially since only 200 Apple I devices were manufactured by Apple.

With this iPhone 12 Pro Limited Edition you have access to all modern technology available today, combined with the nostalgic character of the Apple 1 PC. Caviar will only manufacture 9 copies of this Limited Edition smartphone. The number 9 corresponds to the number of series that Apple has released on personal computers. As for the price, this exclusive Limited Edition costs $ 9,990 USD – for the 128GB iPhone 12 Pro. For the iPhone 12 Pro Max, prices start at $ 10,460.

Is this a bit above your budget? Caviar also launches an Apple 1 Lite model. 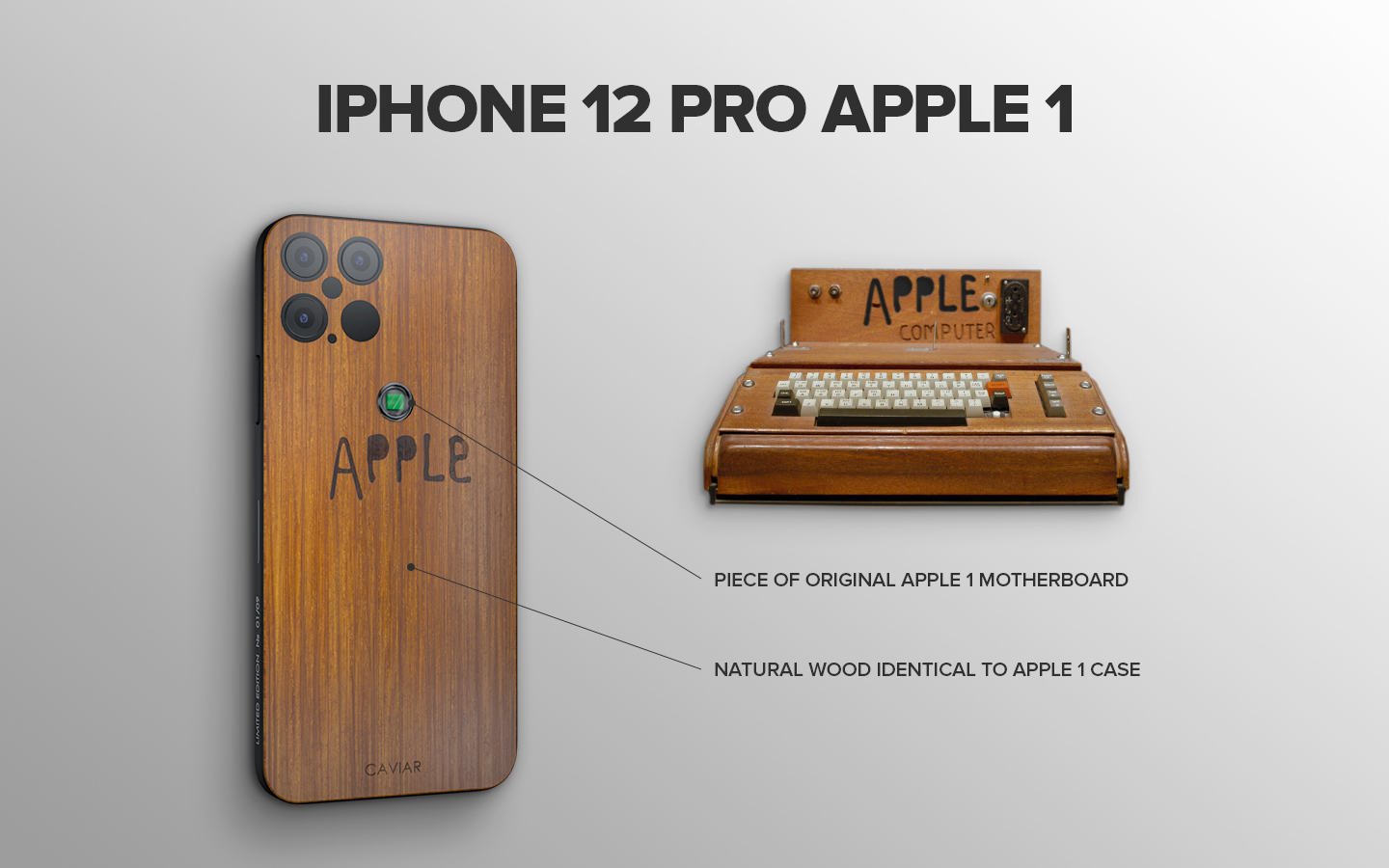 Obviously, this is not a Lite model in terms of specs, as the same iPhone will be used as the basis. However, the design is slightly less advanced. For example; the original display is missing.

The iPhone 12 Pro Apple I Lite comes with a natural wood phone case. The old ‘Apple’ logo is also included in the design, as well as a small fragment of the motherboard of the Apple 1. For this Limited Edition, the starting price is set at $ 4,990 USD.

Customers can choose between the iPhone 12 Pro and iPhone 12 Pro Max. In addition, several memory variants are offered – similar to what Apple offers. Presumably: 128GB, 256GB and 512GB. Caviar already offers the possibility to place a preorder, of course the orders can only be delivered after Apple has presented its new devices.