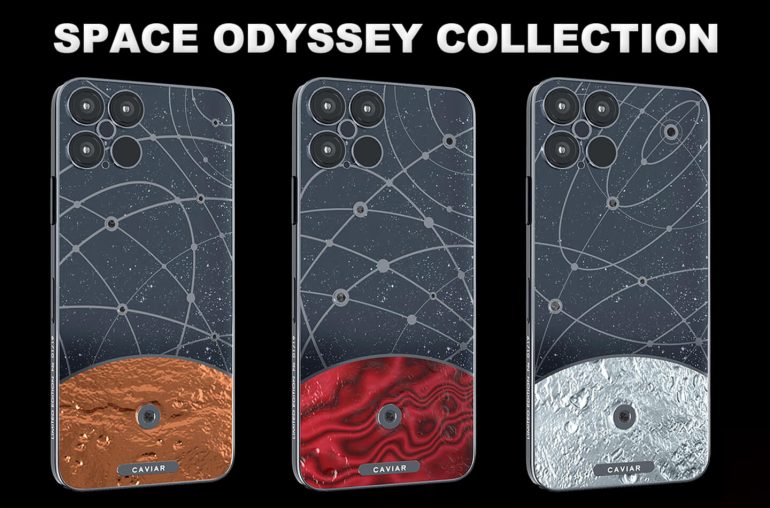 Caviar launches a unique and exclusive Limited Edition smartphone collection based on the iPhone 12 Pro (Max) and inspired by space and our galaxy.

Apple fans have been talking about the expected iPhone 12 series for months. The four smartphone models have yet to be officially unveiled, but this does not prevent the Russian company Caviar from designing an iPhone 12 Pro Limited Edition. The new Space Odyssey Collection consists of three models that are all dedicated to space and feature a special fragment of a celestial body.

Caviar regularly releases exclusive phone models, often using an Apple iPhone or Samsung Galaxy as a basis. These high-end smartphones are decorated by Caviar with the rarest materials.

All three iPhone 12 Pro model variants (named: Space Odyssey Mercury, Space Odyssey Mars and Space Odyssey Moon) feature 5 fragments of the Muonionalusta meteorite – the oldest known meteorite on Earth, found in Sweden. In addition, the first model contains a particle of Mercury, the other of Mars and the third is decorated with a real fragment of the moon.

The fragments of celestial objects were purchased from a special company that deals with collecting and selling space artifacts and objects. Each Caviar accessory has its own authenticity certificate, which confirms that the phone body really has a piece of a celestial body. 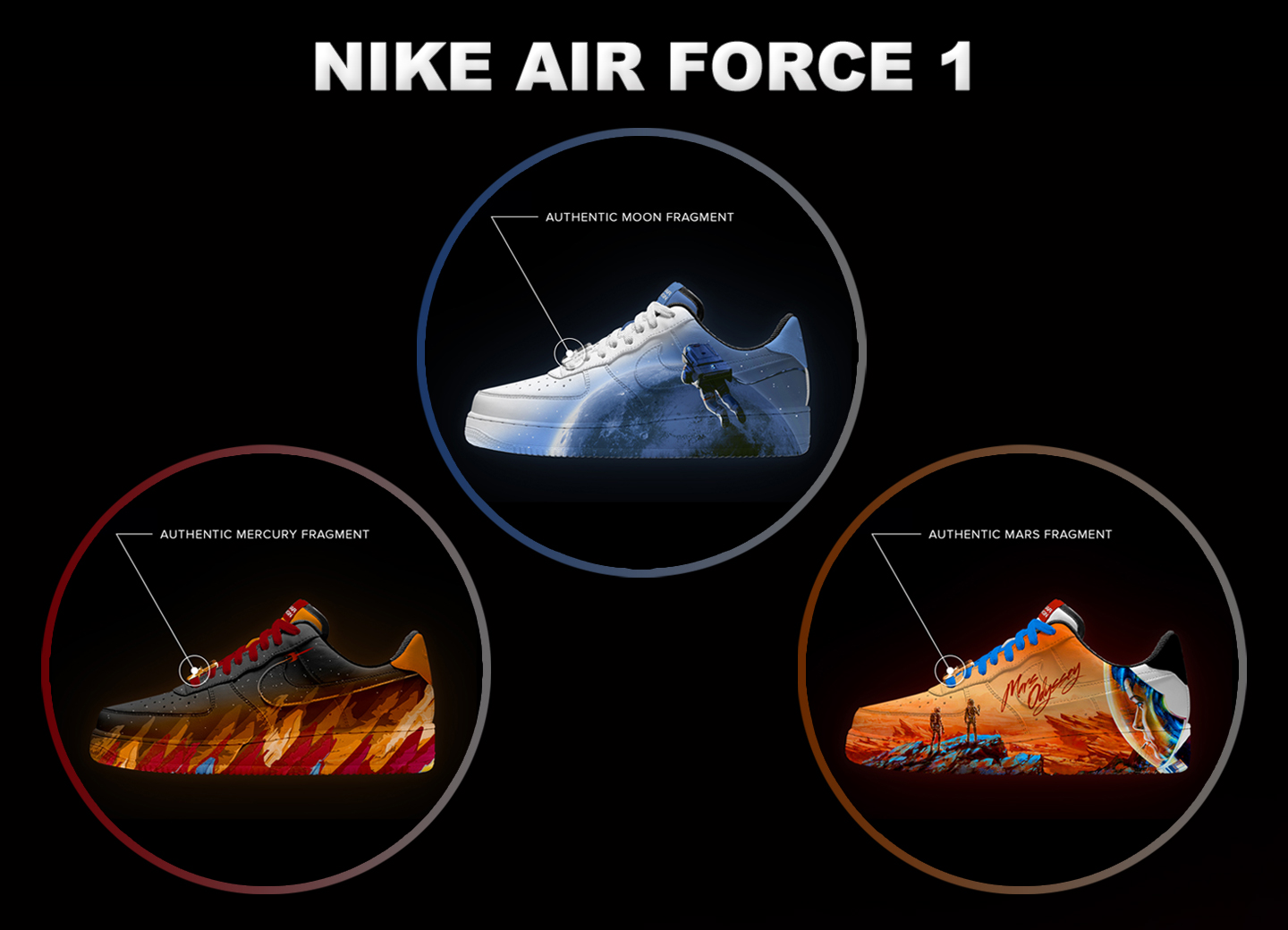 Caviar’s Space Odyssey Collection will be identical in features to Apple’s iPhone 12 Pro. Those interested can also opt for the iPhone 12 Pro Max. In addition, Caviar has also designed matching sneakers for all three models, using the Nike Air Force 1 as the basis.

The exclusive iPhone 12 Pro (Max) design is made of titanium with relief images of celestial bodies’ orbits and adorned with inserts of composite stone, polished titanium and bronze that present the planet’s surface under starry skies. The miniature asteroids placed on the orbits are performed of fractions of the Muonionalusta meteorite. In the lower part of the body, the “surfaces” of the planets are encrusted with the pieces of the Moon, Mars or Mercury, protected by a lacquer covering. 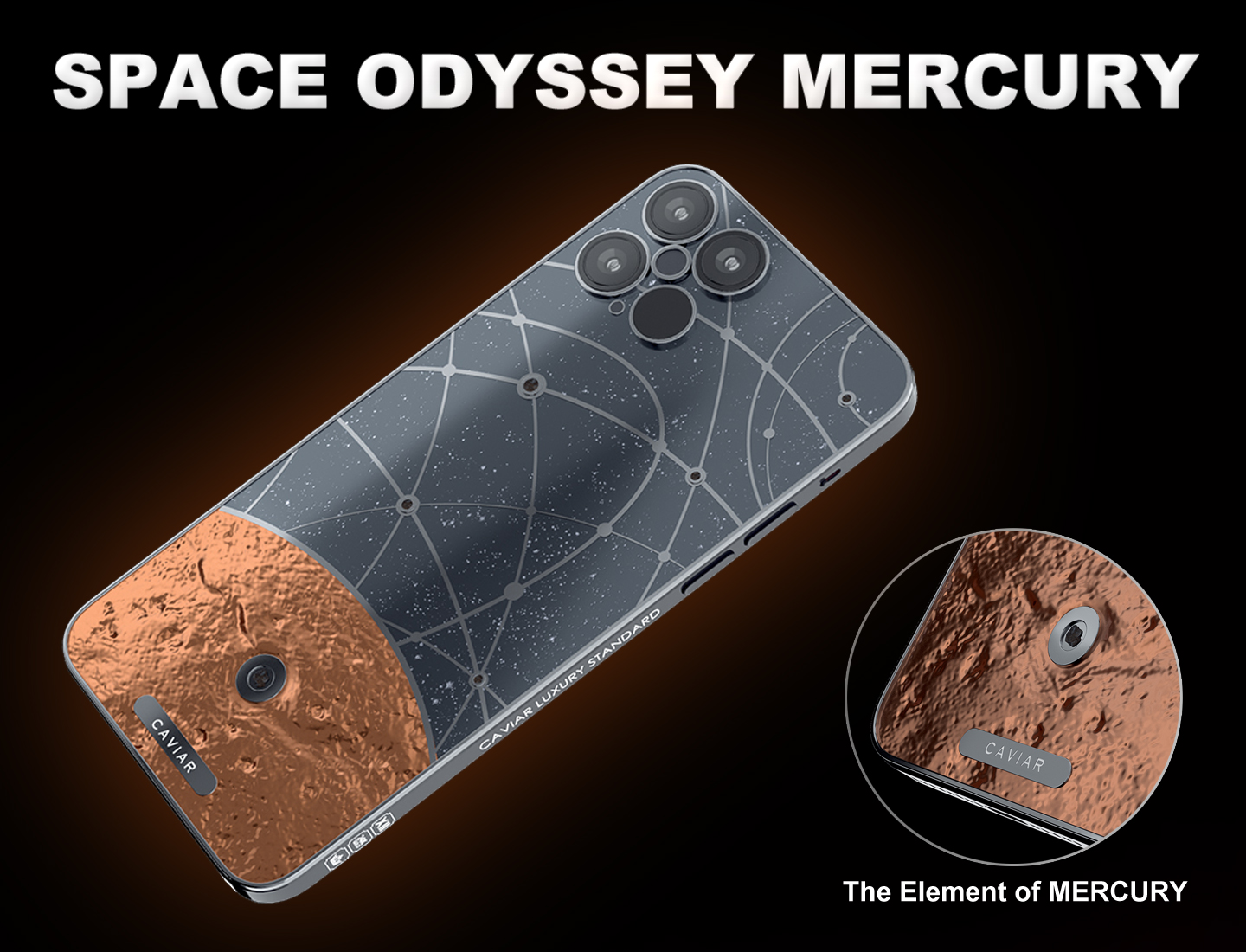 Mercury is the closest planet to the sun in our solar system. The planet is named after the Roman god of trade. It is the fastest planet to complete a full circuit around the sun.

The main feature of the iPhone 12 Pro Mercury Edition is a fragment of a meteorite that was fallen from Mercury to the Earth. This fragment has been integrated into the housing of the smartphone. In addition, the design contains 5 fragments of the old Muonionalusta meteorite.

You pay an additional price of $ 2,450 for the custom Nike Air Force 1 sneakers. The sneakers also feature a real fragment of Mercury. The smartphone will be released in a limited edition of only 19 copies. In addition, Caviar will produce a total of 24 pairs of sneakers.

Mars is also known as the red planet, it is the fourth planet of our solar system – counted from the sun. Mars is named after the Roman god of war. The planet has been in the news frequently in recent years due to its unique features, which are relatively similar to Earth.

It is therefore the wish of various space companies to eventually be able to organize space travel to Mars. Caviar reports the following:

Caviar on the Space Odyssey collection: The “iPhone 12 Pro Space Odyssey” collection pays the tribute to the great space conquerors – Gagarin, Koroleva, Armstrong, John Glenn and others. We watch the progress of such projects as “Space X”, “Blue Origin”, “Tianwen”, “Emirates Mars”, “ExoMars” and want to attract additional attention to modern space researches. Our dream is to let everyone take part in space exploration and possess a piece that would connect them to far planets.

The Mars edition is slightly cheaper than the Mercury model. Pricing starts at $ 6,110 USD for the iPhone 12 Pro with 128GB of memory. The larger iPhone 12 Pro Max has a starting price of $ 6,570 USD. 19 copies of this Limited Edition smartphone are being manufactured.

Caviar has also designed matching Nike Air Force 1 sneakers for this model. The sports shoes are painted by hand, on real leather. The controversial colors provide a flashy appearance. They are certainly unique and exclusive, but that’s what the price is too. The suggested retail price of these Limited Edition sneakers is set at $ 1,980 USD – regardless of your shoe size. 29 copies are produced. 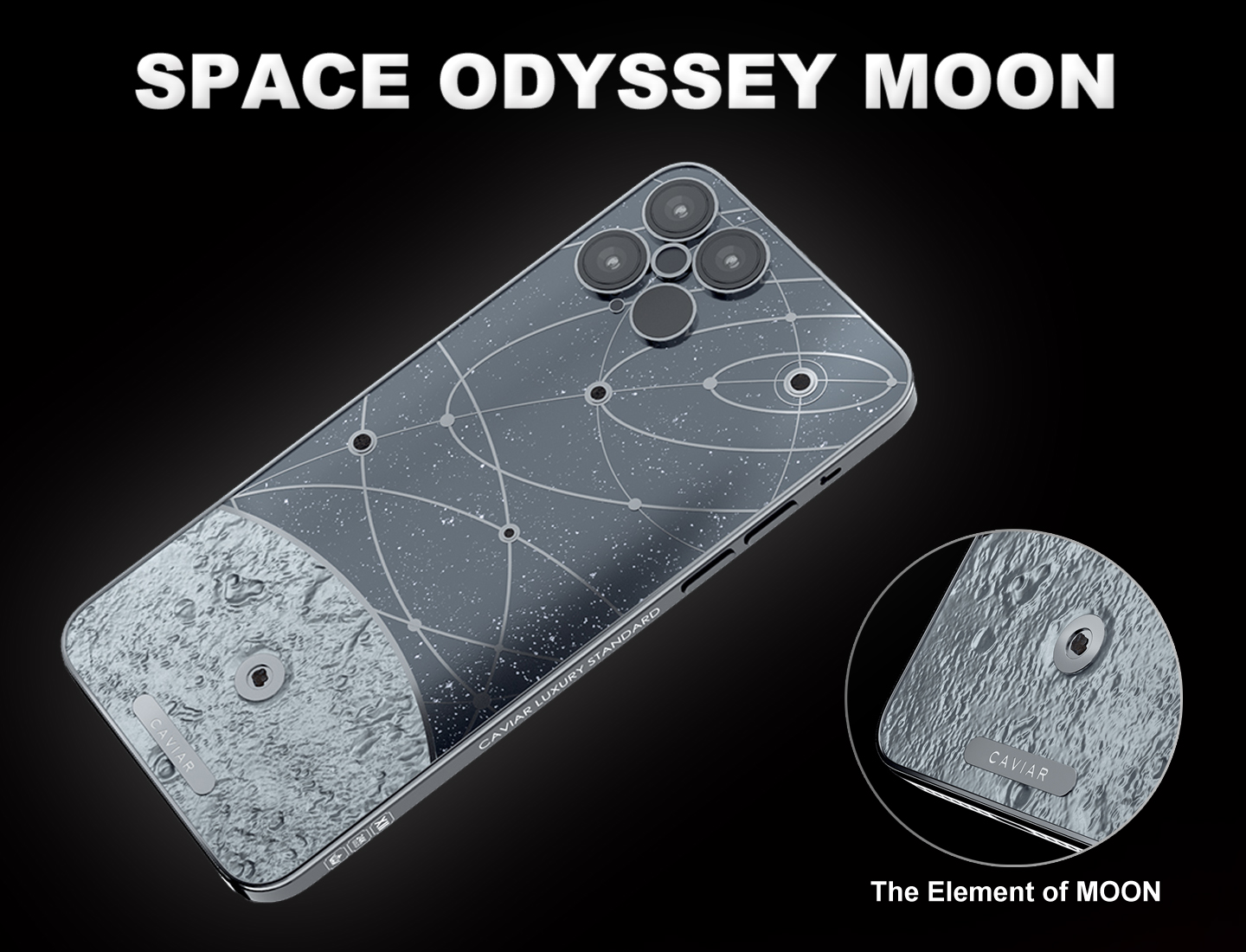 Limited Edition smartphone with real element of the moon

The Moon is Earth’s only natural satellite and can be admired every night by looking at the starry sky. The iPhone 12 Pro Space Odyssey Moon features a real element of a meteorite from the Moon, which fell to Earth.

The moon edition is the cheapest addition of the three. The starting price for this exclusive Limited Edition smartphone is set at $ 5,830 USD. For this you will receive the 128GB iPhone 12 Pro. For the Pro Max, prices start at $ 6,290 USD.

The Nike Air Force 1 Moon sneakers carry a price tag of $ 1,800 USD. These sports shoes also include a real fragment of the moon. The handmade painting shows an astronaut looking at Earth from the moon.