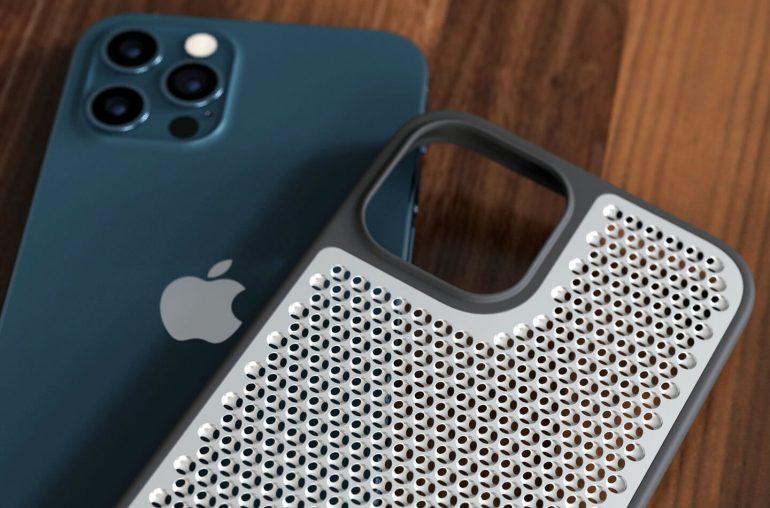 An iPhone with cheese grater texture similar to the iMac Pro? Industrial designer Sarang Sheth shows what this would look like and why it is a bad idea.

The Apple iMac Pro, announced in 2019, got a complete new design, with the front provided with a unique hole pattern. Many Apple fans reminded it of the very first generation of Mac Pro, where often the comparison with a cheese grater was made. Some time ago, Apple filed for a patent for an iPhone with a similar cheese grater texture, which could contribute to more efficient cooling.

The opinions about this iPhone design were certainly not only positive on the internet, but that didn’t stop industrial designer Sarang Sheth from visualizing this idea. Sarang made for Yanko Design a concept of a iPhone 12 Pro Cheese grater Case. The characteristic cheese grater design gives the phone a special and cool appearance. Yet there seem to be more disadvantages than advantages to such a design.

Sarang Sheth about of his design: “We present the Cheesegrater Case for the iPhone 12 Pro. Made from a TPE bumper and a machined aluminum backplate, the case puts the familiar cheesegrater texture on the back of the iPhone to help it cool more efficiently (well at least in theory). In theory, it’s also perfectly suited to mince cloves of garlic or grate some Parmigiano Reggiano.” 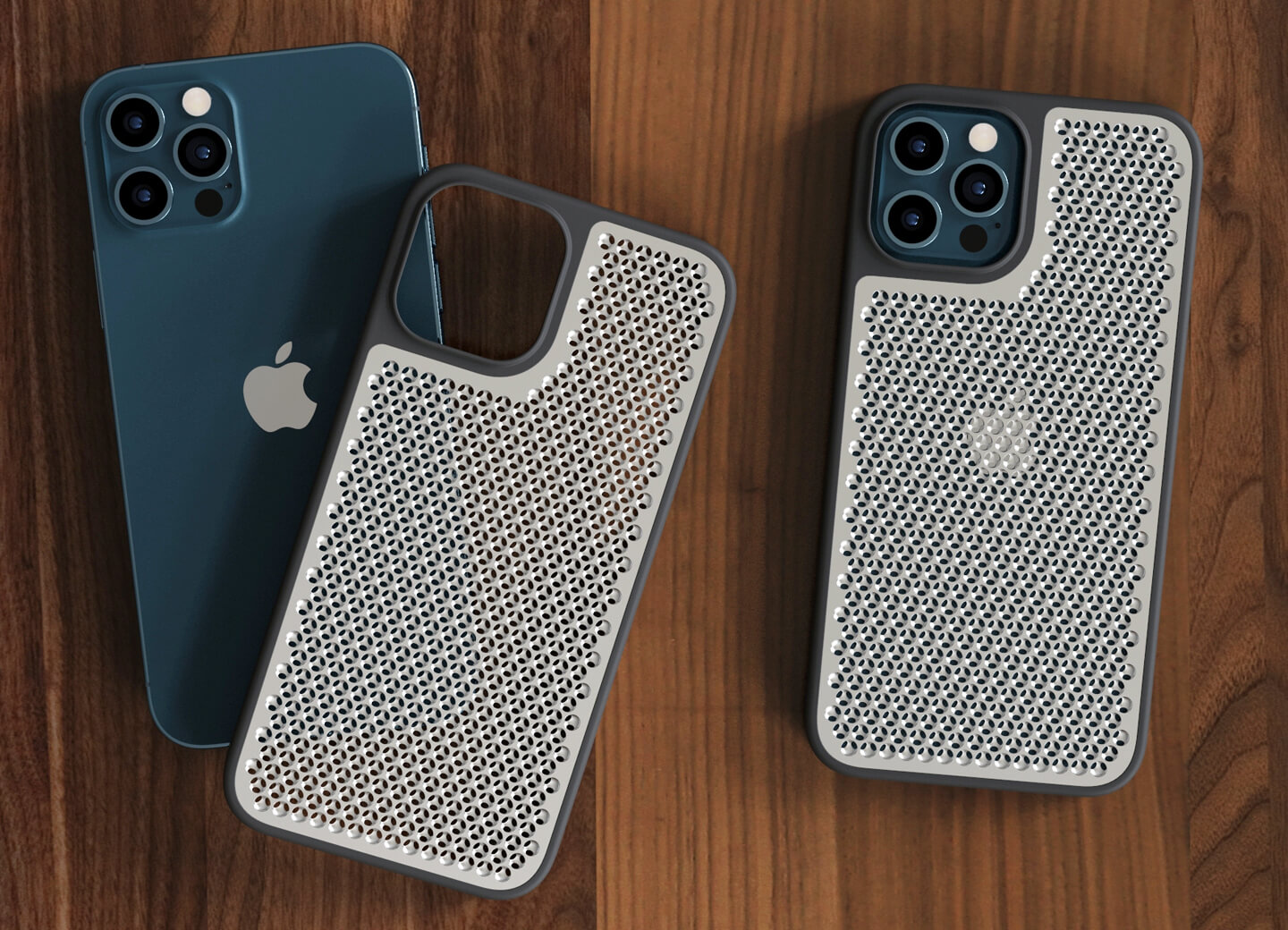 Sarang has not only visualized the patented design, he also delves deeper into the potential practicality of this invention. He believes it is a bad idea, he cites several reasons for this. First of all, a textured metal case would attract dust, dirt, and lint. Moreover, you would not be able to charge the phone wirelessly.

In any case, it seems unlikely that Apple will use such a design for the iPhone 13 Pro, which is expected around September. There is, however, good hope that the controversial notch will finally decline in size this year, it will still not completely disappear though.