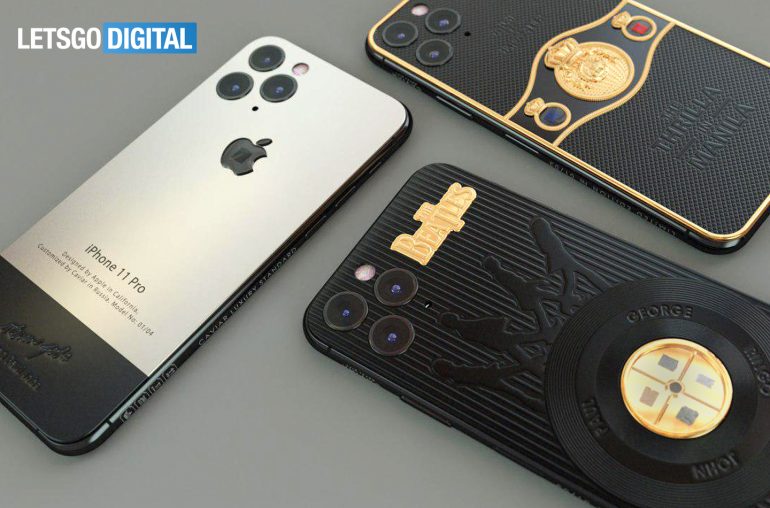 Is Apple’s top model not luxurious enough for you? Caviar introduces a Limited Edition iPhone 11 Pro decorated with a true element of Steve Jobs turtleneck!

Caviar once again introduces a very unique iPhone 11 Pro series. This time the Russian manufacturer of luxury smartphones and accessories releases the iPhone 11 Pro Superior series, consisting of three Limited Edition models all dedicated to a legendary personality. The first model comes with a real particle of Steve Jobs turtleneck, the second model is decorated with a true piece of Muhammad Ali gloves and the third model comes with a fragment of The Beatles concert costumes. A total of only 8 Limited Edition copies will be produced.

Caviar often uses the latest Apple smartphones as the base for their unique creations. Earlier this month the company added no less than 12 luxury iPhone 11 Pro and Pro Max models to its Victory series. A few weeks earlier the iPhone 11 Pro Discovery series were released, with a small piece of the Titanic and another exclusive model with a true fragment of the Vostok 1 spaceship.

This time Caviar has chosen for a Superior collection with particles of unique things that belonged to legendary personalities. Now you may wonder what Steve Jobs, Muhammad Ali and John Lennon have in common? All of them are geniuses of their time, their accomplishments changed the world for the better, forever writing their names in history. Therefore the slogal for this new line-up is: “Genius is timeless“. 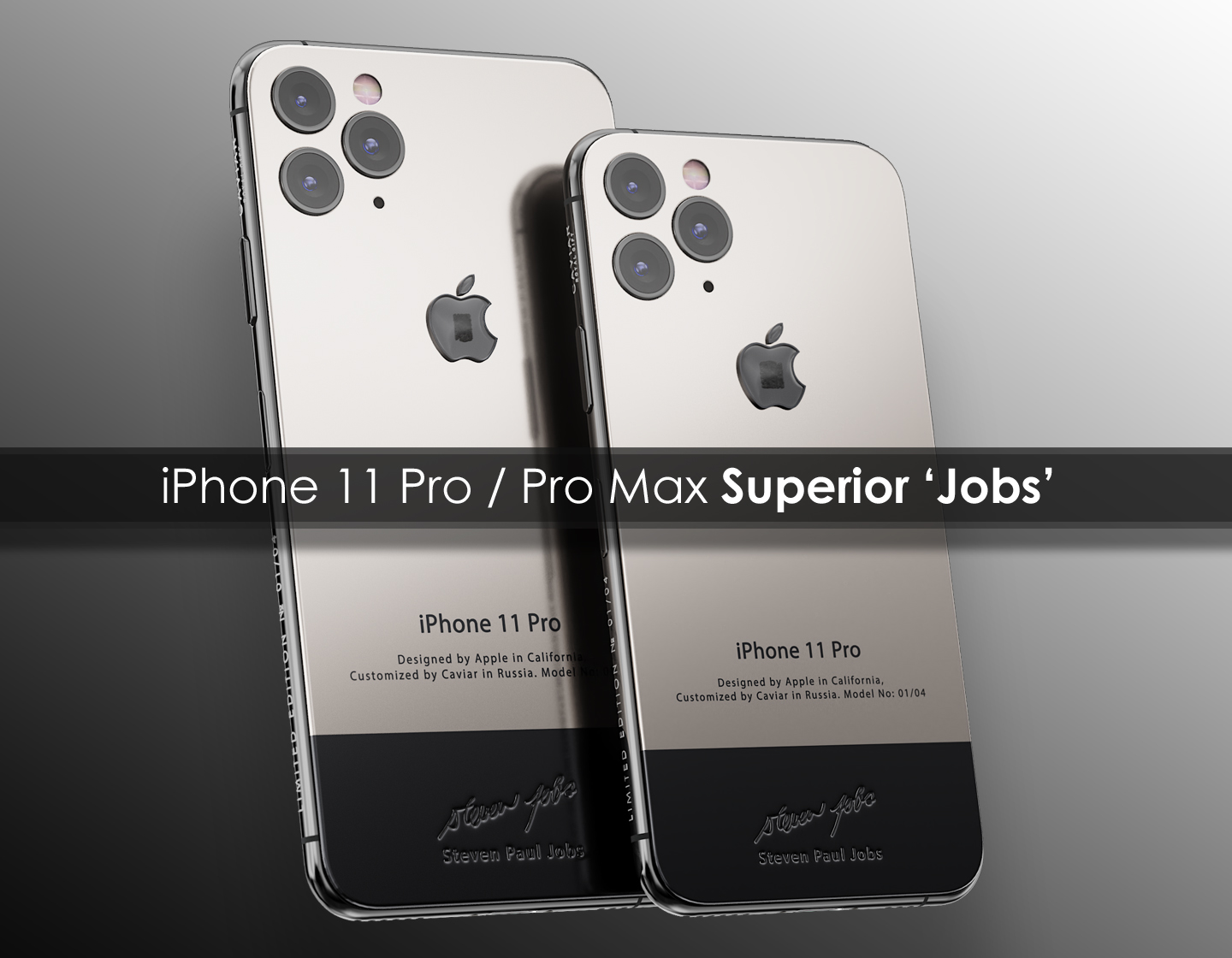 The first model is dedicated to Steve Jobs who made a breakthrough in the world of high technology as co-founder of Apple. Caviar iPhone 11 Pro Jobs repeats the laconic look of the very first iPhone in the world.

The main conceptual element is a particle of the legendary turtleneck owned by Steve Jobs inscribed in Apple’s logo made of blackened titanium. The smartphone itself is made of tempered titanium and is ‘marked’ by the signature of Steve Jobs.

Caviar will produce only 4 copies of this Limited Edition iPhone 11 Pro / iPhone 11 Pro Max. This unique iPhone has a starting price of $ 6,290. 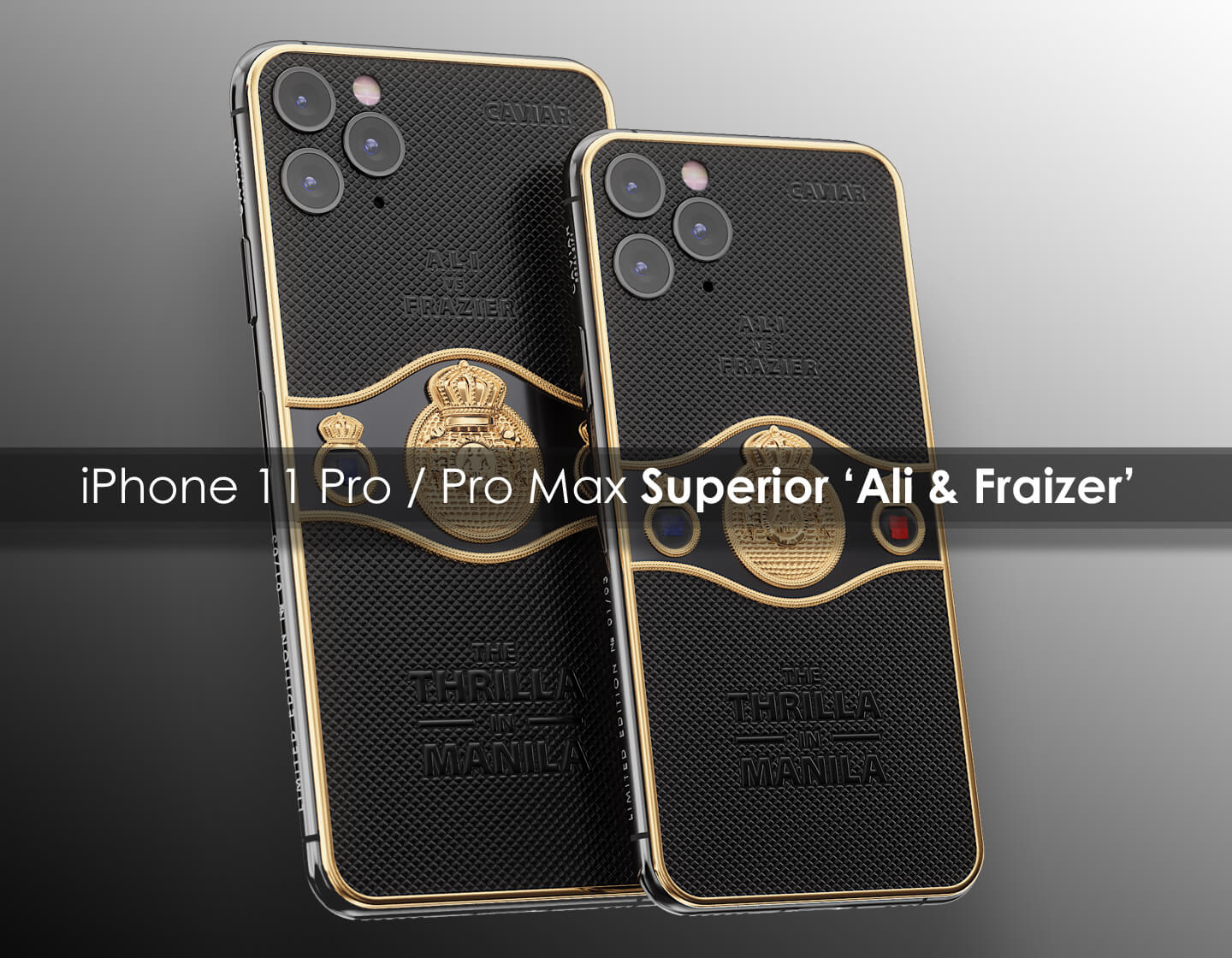 The second exclusive model is dedicated to one of the most spectacular boxing matches of the 20th century: Muhammad Ali vs Joe Frazier. The exciting battle was dubbed as the ‘the Thrilla in Manila’.

The design of the iPhone 11 Pro Superior Ali & Fraizer on a blackened titanium case depicts a champion belt with 18-karats gold elements and fragments of the boxers equipment from this significant fight. 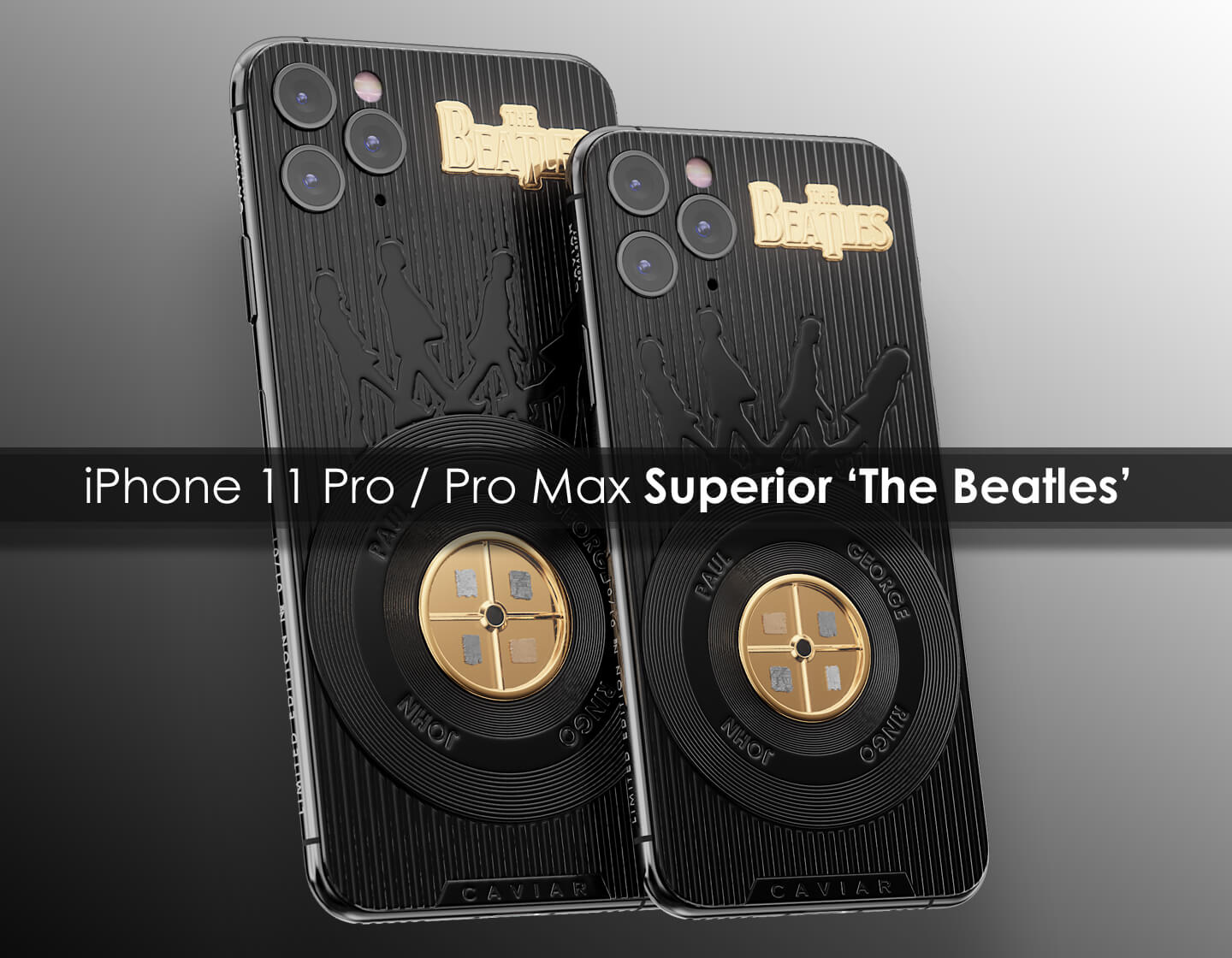 Last but not least, Caviar releases just one single copy dedicated to The Beatles. Are you their biggest fan? The design of the iPhone 11 Pro Superior The Beatles incorporates real fragments of the suits in which the rock band performed at concerts.

Parts of the clothes are located in a vinyl record placed on the back cover of the smartphone. The case is made of blackened titanium and decorated with The Beatles brand name of 18-karats gold and the most recognizable image of the musicians from their photo shoot on Abbey Road.

This Caviar The Beatles Limited Edition smartphone comes at a starting price of $ 9,650 for the 64GB iPhone 11 Pro.

A Caviar representatives comments: The Superior collection is a tribute to people who through their hard work have achieved the highest results in their field. Titanic labor cost each of them to work their way from the bottom up to becoming a true legend. With this collection we want to inspire the whole world, to remind people that if you follow your dream without sparing energy everything will come true. We hope each Caviar iPhone Superior will become a significant mascot for its owners on the way to their cherished dream. The personal belongings of historical figures used in design will become those artifacts that will energize, become a source of inspiration and a source of pride.