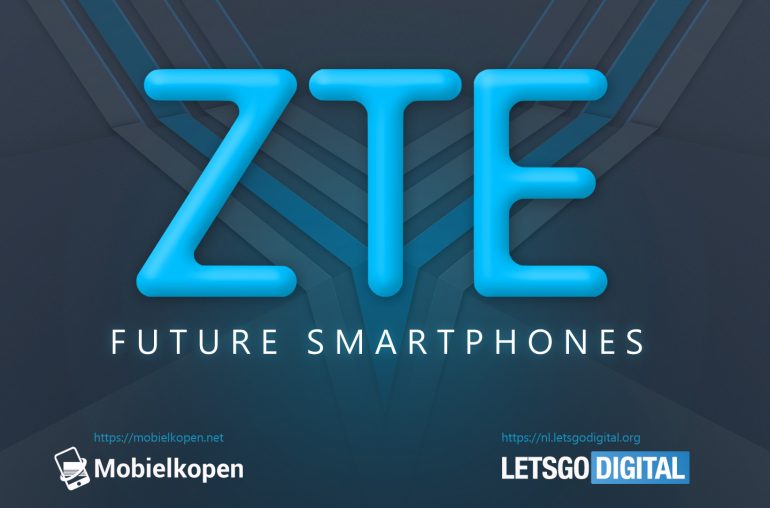 ZTE patents a full screen smartphone with a smaller, second display on the back. Ideal for taking selfies. Other design aspects resemble the Note 10.

Earlier this year ZTE released the Axon 10 Pro, the first 5G smartphone from the Chinese manufacturer. It’s a decent top model, the phone features a 6.5″ curved-edge Amoled display with a small notch, an in-display fingerprint scanner and a triple camera set-up. But it seems ZTE’s next flagship device may be an even more interesting model. 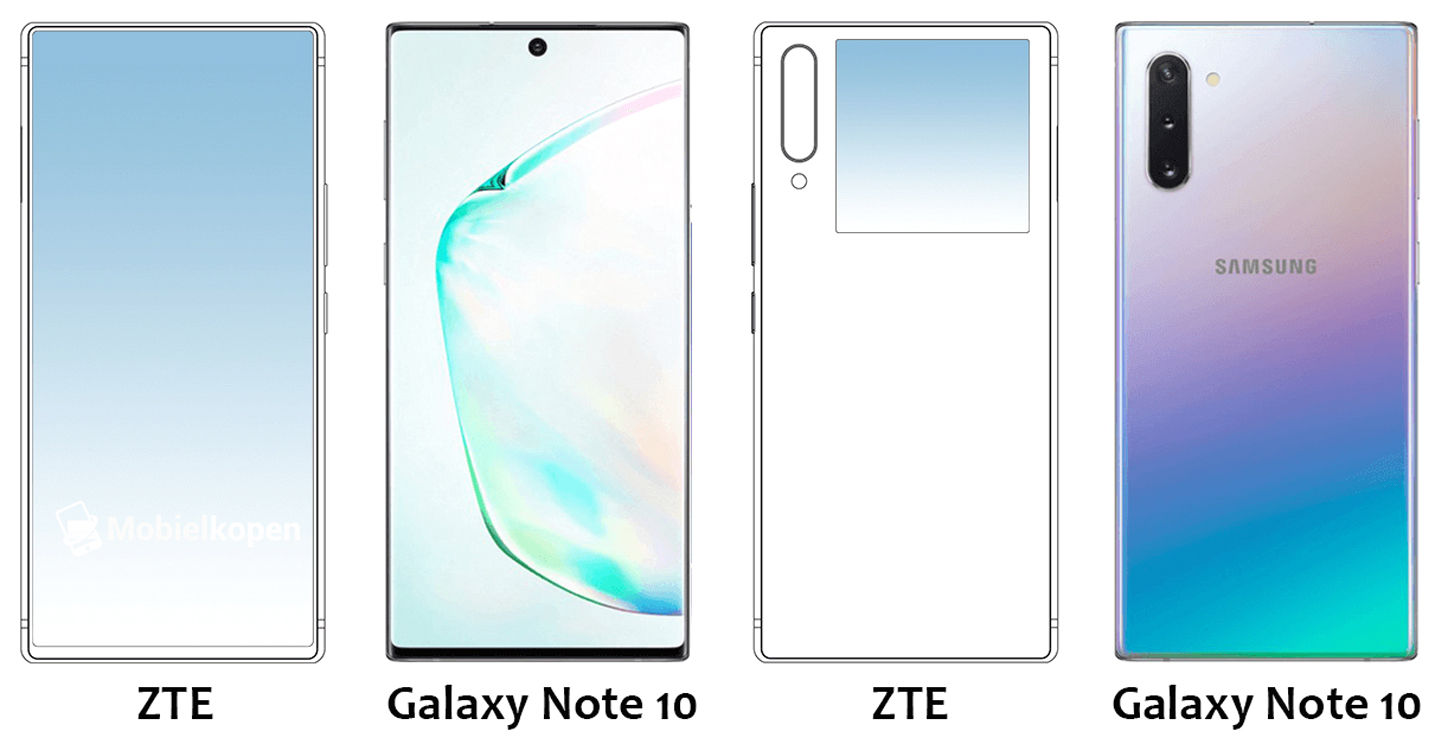 Mid-2018, ZTE ((Zhongxing Telecommunications Equipment Corporation) filed a design patent with the Chinese patent agency CNIPA for a dual-sided phone. The patent was published last week and got discovered by our Dutch colleagues Mobiel Kopen.

A series of illustrations show a full-screen ZTE smartphone that looks very similar to the Samsung Galaxy Note 10. The image above shows both smartphones next to each other, the similarities are obvious.

The phone edges have a somewhat rectangular design and the bezels are very minimum. On the rear we see a triple camera, situated on the left side of the phone. A fingerprint scanner is nowhere to be found, this smartphone will likely be equipped with an in-display fingerprint scanner.

The front shows a full-screen design, there is no punch-hole camera, nor a notch or a pop-up camera. Instead ZTE incorporated a second, smaller display on the back – directly next to the cameras. This second display allows users to make high-resolution selfies with the main camera. In term of design, this is basically the main difference with the Note 10.

It’s not the first phone from ZTE that features a vertically arranged camera setup on the left. The Axon 10 Pro comes with a triple camera that is situated on the same side. If this dual-sided smartphone becomes a reality, it seems logical that it will be placed in the Axon series. Just like the Axon M, a unique phone with two screens that is held together by a hinge.

ZTE’s former subsidiary, Nubia, was among the first manufacturers to introduce a dual-sided smartphone. End of last year the Nubia X was released. Perhaps the enthusiastic reactions have set ZTE to develop a similar phone, only this time the smartphone doesn’t sport a full-screen second display, but a smaller sized screen. This may improve the durability, while users can still use the phone to take selfies – which is the most important reason to implement a second-display.

If ZTE is able to manufacture this dual-sided phone within a reasonable amount of time, it could very well become a success. The US sanctions have been lifted, let’s hope this will allow the Chinese company to show some great innovations again.