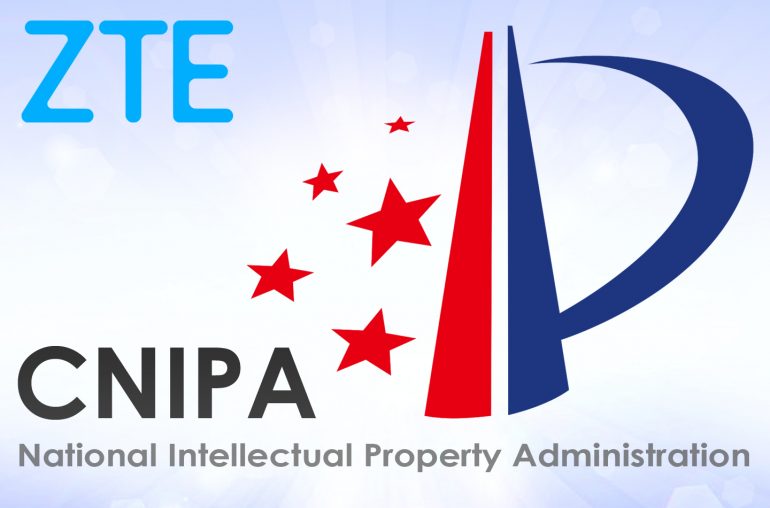 ZTE patents a foldable phone with flexible display. The smartphone comes with a front screen and unfolds into a tablet and sports a dual-camera on the rear.

The Chinese ZTE has had a tough time recently. Nevertheless the company still seems to focus on the future, including the development of a foldable smartphone. A recently published patent shows the company may launch a similar looking device as the Samsung Galaxy Fold in the future. A foldable phone with a front display that can be unfolded into a tablet-size device. 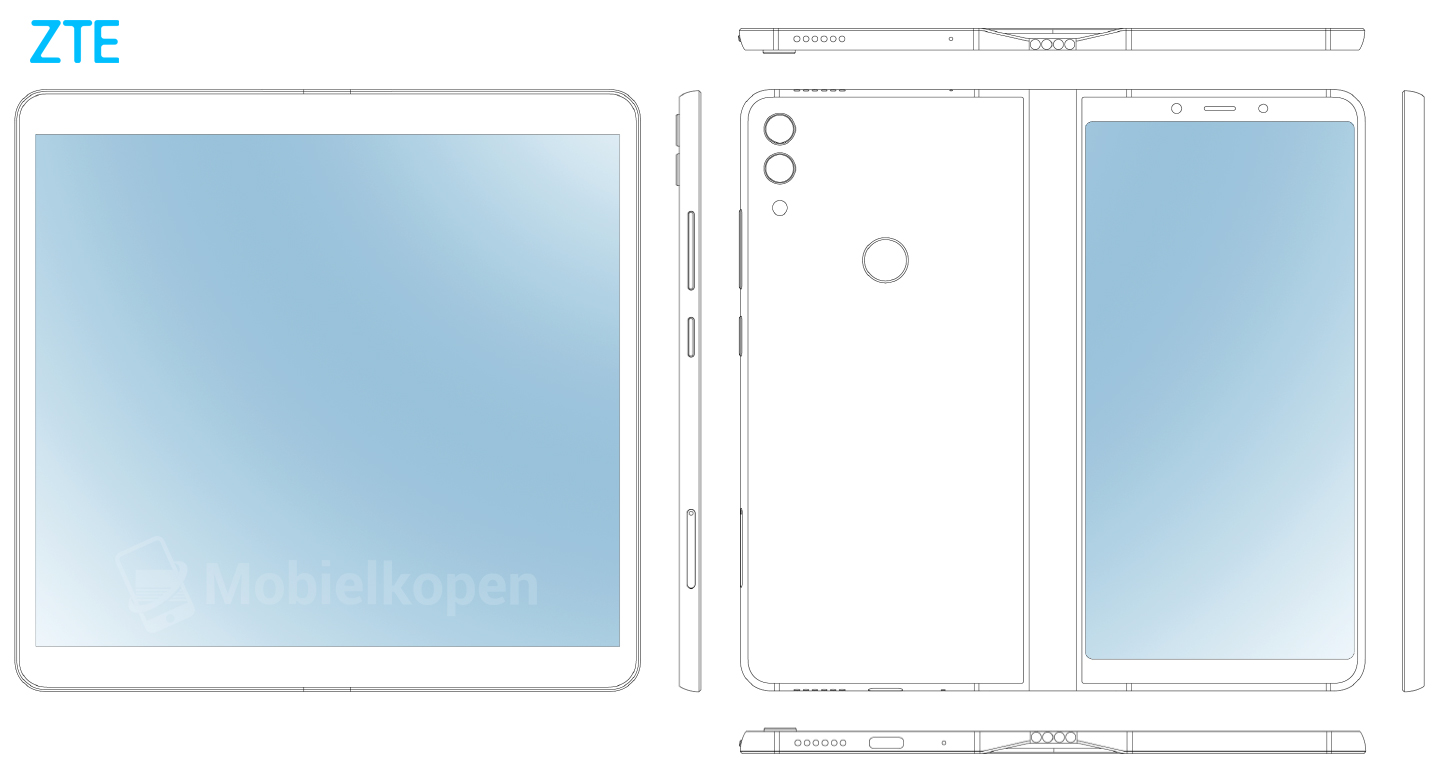 Earlier this year ZTE Corporation filed a patent with the Chinese CNIPA (former SIPO). The design patent was published on December 18, 2018 and describes a foldable smartphone with a flexible display. As described by the China-experts at Mobiel Kopen the foldable phone from ZTE unfolds into a tablet.

On the front we see a large display with a small bezel for the speaker and the selfie camera. The back looks similar to that of the earlier this year released ZTE Axon 9. The smartphone sports a dual camera in a vertical set-up and a flash underneath. In addition we see a fingerprint scanner in the middle. There does not seem to be any room for a 3.5mm jack, ZTE has already omitted the headphone connection with its last devices.

Once unfolded the smartphone becomes a tablet. No exact dimensions are mentioned in the patent, but the flexible screen will be at least twice the size of the front-facing screen.

So far little is known about ZTE and their plans for a foldable smartphone. However, the company already experienced with a ‘foldable’ dual-screen smartphone last year, the Axon M. It therefore doesn’t seem unlikely for the Chinese manufacturer to develop a similar looking device as the Samsung Galaxy Fold in the future. However, at the moment it’s still completely unknown when this device may hit the market. 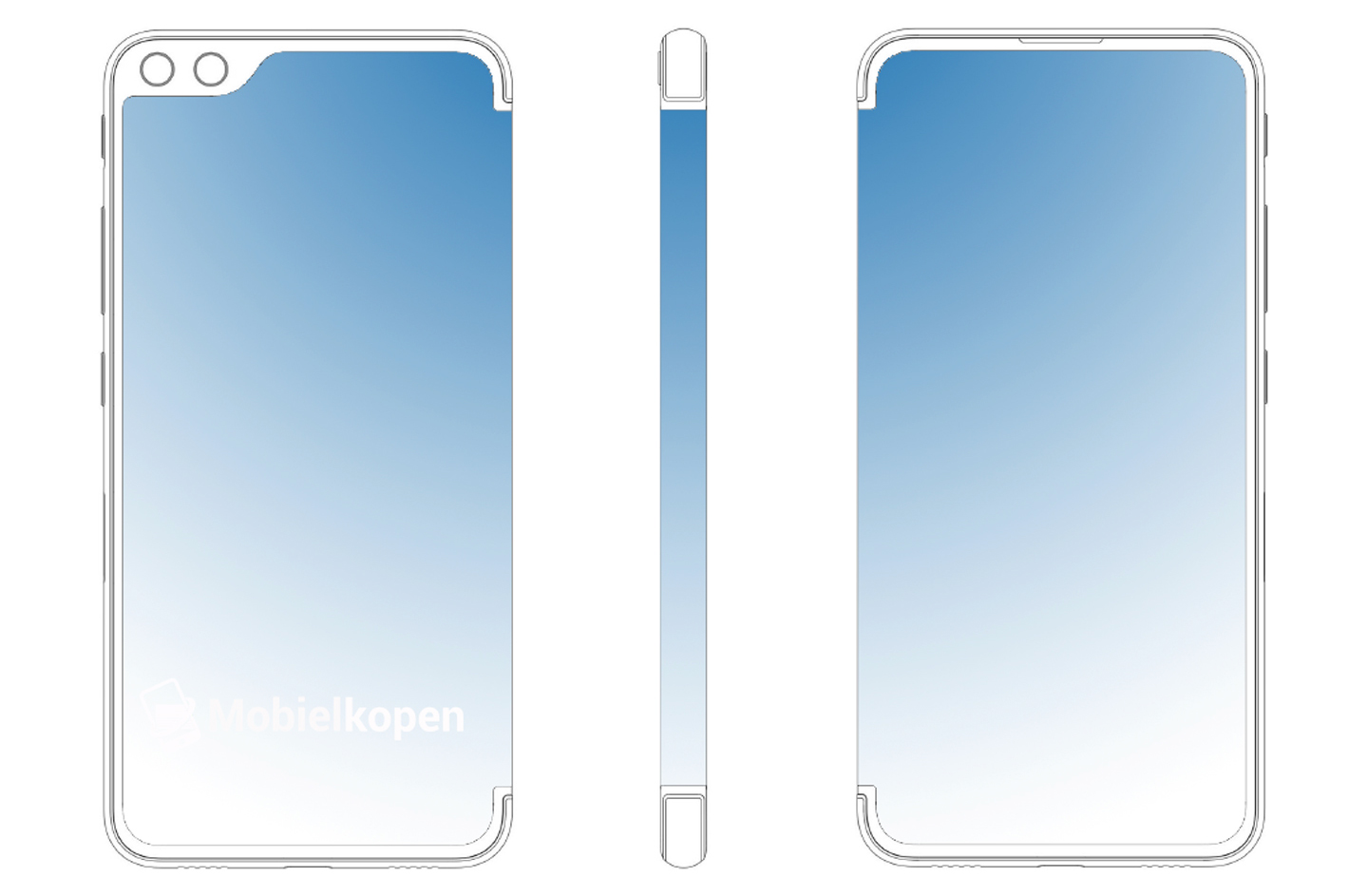 In addition, ZTE also patented a dual-sided smartphone earlier this month. This design looked pretty similar to the Nubia X, that was released earlier this year by the former-subsidiary of ZTE. However, both the Nubia X and the ZTE Axon M come with two separate displays, while the patented dual-screen smartphone consists of one large screen that’s wrapped around one side of the body.