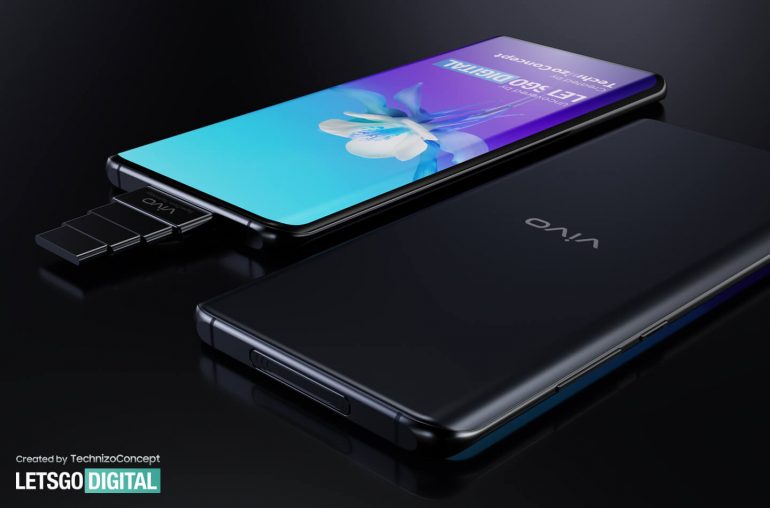 Vivo introduces new smartphone models with innovative functions on a regular base. Recently, for example, the Vivo S10 was released with a photochromic back panel that can change color in just three seconds in direct sunlight. The Chinese manufacturer have also come up with various camera innovations lately, such as the gimbal image stabilization system in the Vivo X60 Pro.

This time, Vivo seems to be exploring the possibility of developing a pop-up camera with super telephoto zoom functionality, as current smartphones only have a limited zoom range. 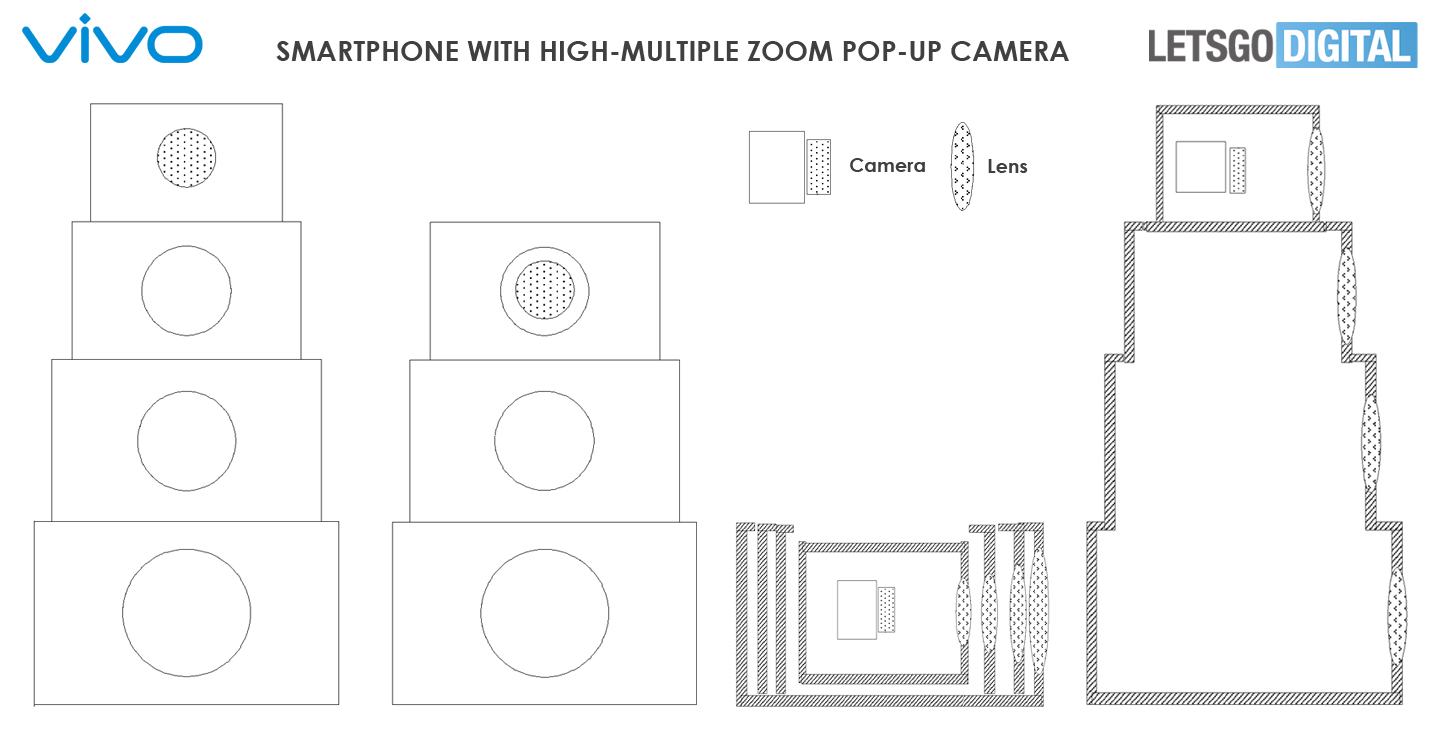 At the beginning of this year, Vivo Mobile Communication applied for a patent with the World Intellectual Property Office (WIPO) for a ‘Camera module, electronic device and camera module control method’. The 23-page documentation was released on July 29, 2021 and describes a Vivo smartphone with a super telephoto zoom pop-up camera.

The documentation states that current smartphones only offer support for a ‘low multiple zoom’, Vivo’s new invention should enable ‘high multiple zoom’ functionality. In other words, with the patented camera system Vivo wants to make it possible to integrate a zoom camera with a large optical zoom range into a smartphone. Vivo already has a few smartphones in its range with a zoom camera, for example, the Vivo X30 Pro has two telephoto lenses, with 5x and 2x zoom.

To get a better idea of ​​Vivo’s patented superzoom camera technology, graphic designer Technizo Concept has created a series of product renders based on the patent filed by Vivo Mobile Communication.

It is a pop-up camera system, however, it is not directed forwards – as we know from pop-up selfie cameras – but towards the back. This means that no camera is visible if the camera is not activated. As the front is equipped with a under-screen camera while the cameras at the back are processed in the pop-up system. This gives the device a very futuristic and sleek look.

The pop-up camera system can be extended in four steps. An extendable module is used, whereby one lens extends at a time. The bottom lens will always be available – as soon as the camera is activated. In addition, the user can extend up to three additional lenses as desired.

The distance between the lens and the camera is reduced per unit, which also changes the optical axis. This is made possible by the cascading pop-up construction. In addition, lenses can partially overlap, allowing for a larger zoom range. Unfortunately, the documentation doesn’t address the amount of optical zoom. However, it is mentioned that the zoom range will be considerably larger than those of current smartphones with a periscopic zoom camera.

It remains unclear where the flash will be integrated. The concept design of Technizo Concept shows a stylish flash ring that is placed around the lower camera lens, meaning the symmetrical design remains intact and the flash will stay available regardless of the number of cameras that are activated.

It is a unique invention of Vivo, such as we have never encountered before. However, the question remains whether the company will truly be able to integrate such a complicated camera system into a small smartphone housing. Not to mention the fragile nature of this system. Vivo has already released several smartphones with a pop-up camera. Think, for example, of the Vivo Nex, the Vivo V15 Pro and V17 Pro.

Yet fewer and fewer smartphones with a pop-up camera are being released nowadays, partly because these kind of camera systems are more vulnerable due to the moving parts and also more expensive to produce. In addition, manufacturers are currently developing selfie camera technology that can be placed under the screen.

The first results are already visible in the form of the ZTE Axon 20 and the recently introduced ZTE Axon 30. The Samsung Galaxy Z Fold 3, expected upcoming week, will also have an under-display selfie camera. Other manufacturers are expected to follow in the second half of 2021. 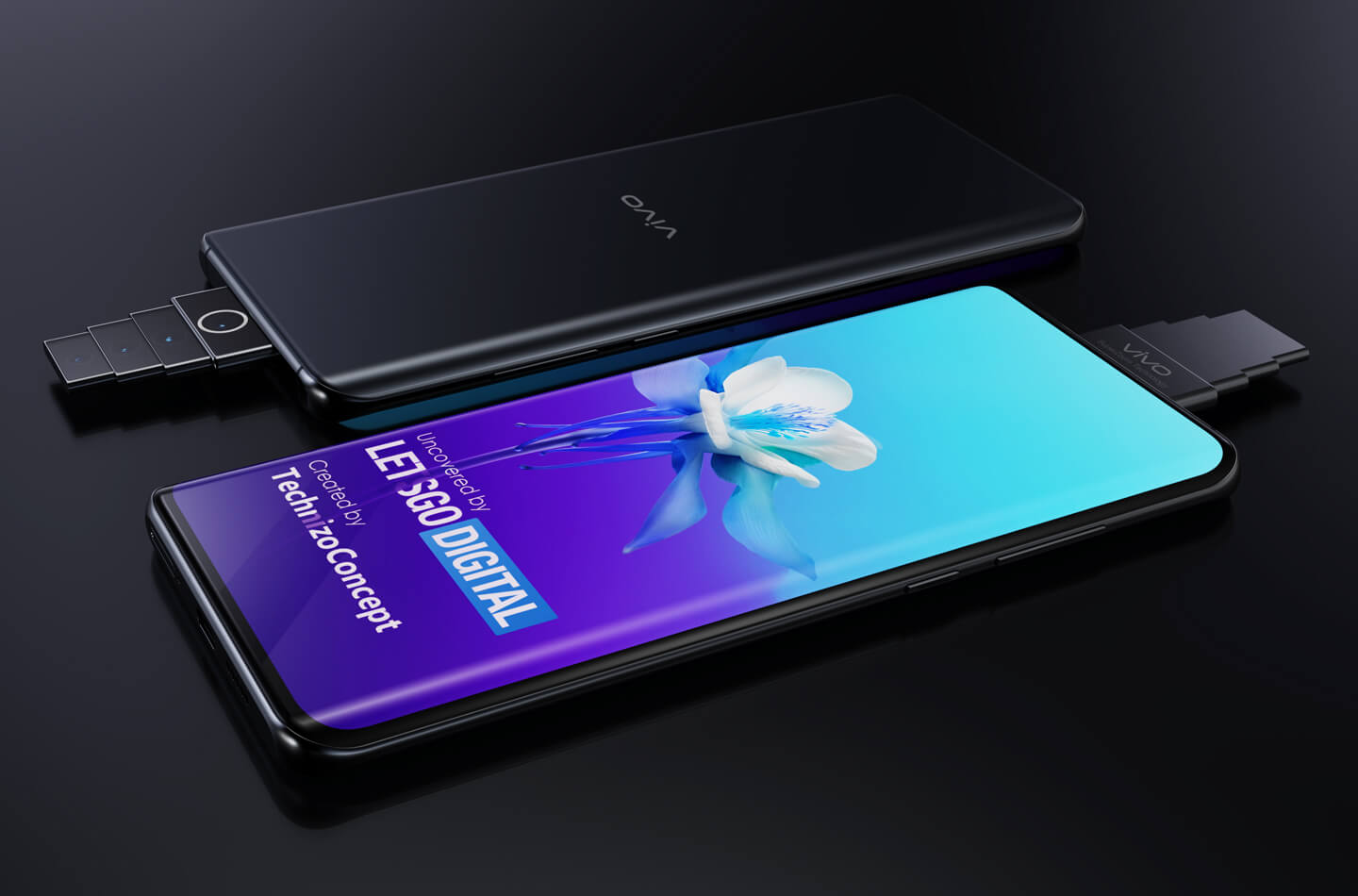 Many assume that the under-screen camera will also mean the definite end of the pop-up camera. As this camera system was innovated to create a full screen experience, which can just as well be realized with a camera that is placed under the screen. With this patent, however, Vivo shows that a pop-up camera can also be used to replace the rear camera. As we have already seen with the Find X released in 2019 from sister company Oppo.

Vivo has been working on bringing superzoom functionality to a smartphone for some time now. Earlier this year, the company also patented a Vivo foldable smartphone with a zoom camera. However, this flip phone had a regular camera system and not a pop-up module.

In the meantime, more new lens technologies are emerging. Smartphone manufacturers are now well aware that the incorporate lens has a major influence on the image quality. For example, the Xiaomi Mi Mix Fold is the first smartphone with a Liquid Lens. OnePlus is currently working on a Bionic Lens, which is being developed in collaboration with Hasselblad, probably for the OnePlus 10 Pro.

Here you can take a look at the original patent application of the Vivo smartphone superzoom pop-up camera. 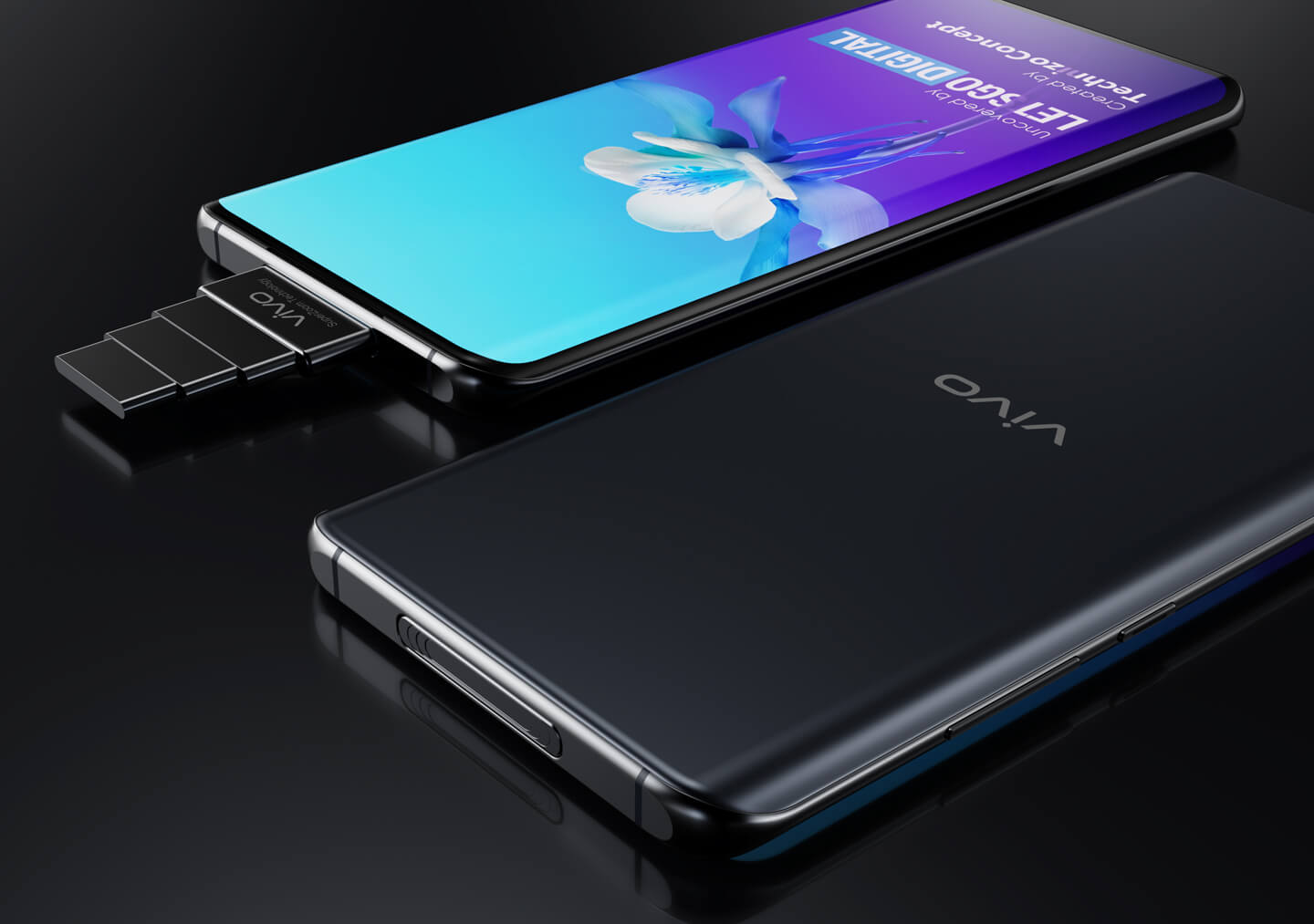 Note to publishers : The product renders in this publication are created by Technizo Concept in collaboration with LetsGoDigital. The 3D renders are based on the patent of Vivo Mobile Communications and are meant for illustrative purposes only. You can use the copyrighted images for your own website, YouTube and/or social media channels, please be so respectful to include a clickable source link into your publication.