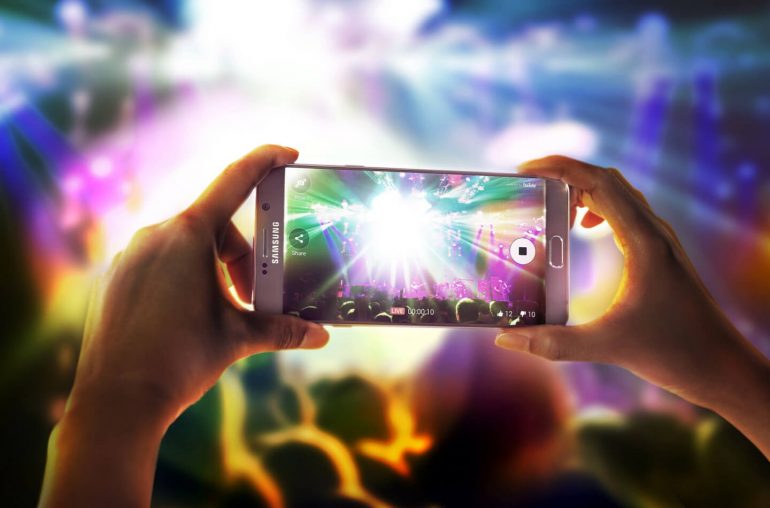 A new Samsung phone with model number SM-G8750 appears on Chinese site, unveiling the design and specs. Could indeed be the Samsung Galaxy S8 Lite.

For the past weeks, there has been talk about two new Galaxy devices, known as the Samsung SM-G8850 and SM-G8750. First it was believed this could be the Galaxy S9 mini, later on leakster MMDDJ_ tweeted it will be the Galaxy S8 Lite (G8750) and the A8 Star (G8850). 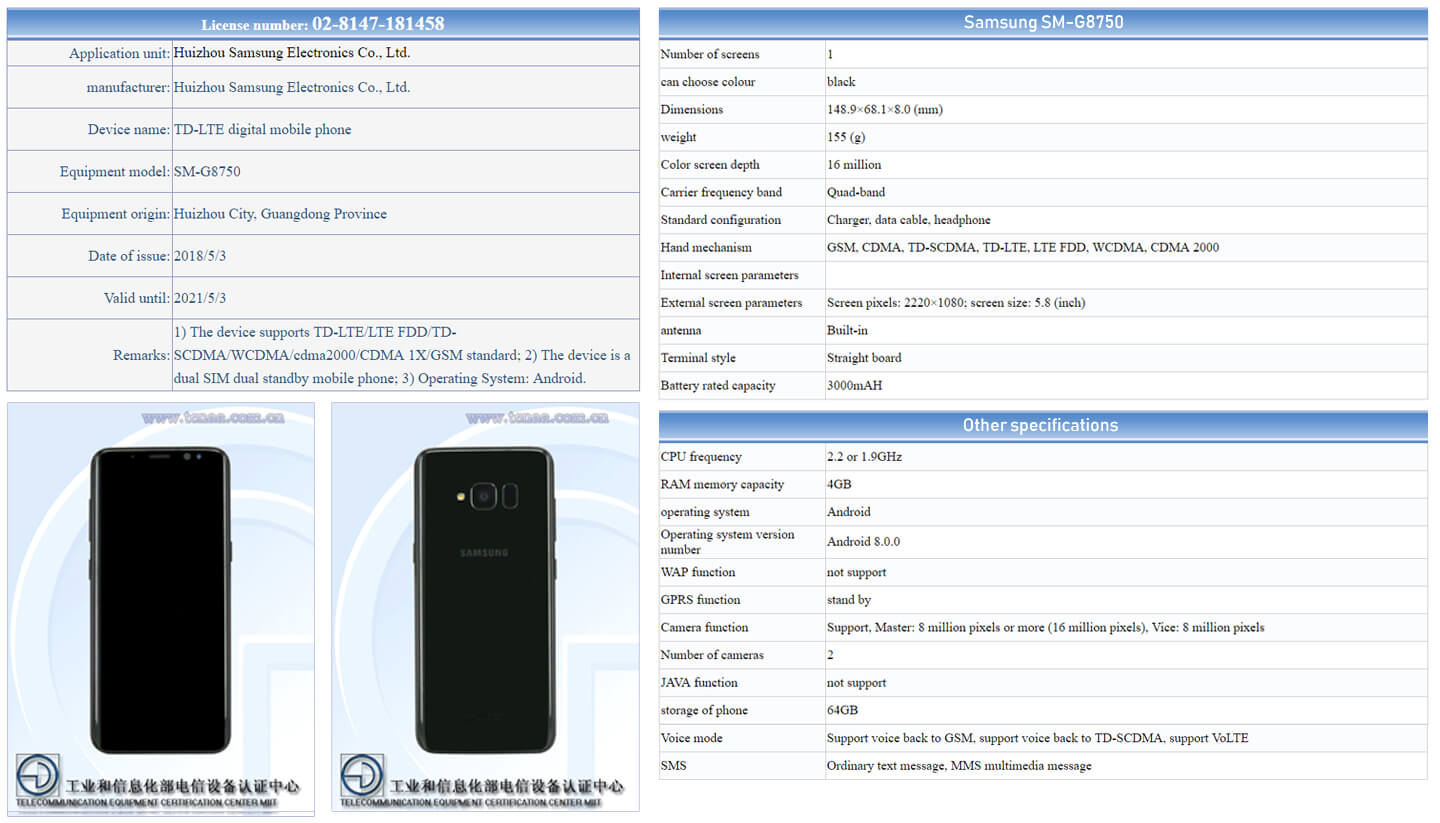 Three weeks ago the Samsung phone with model number SM-G8850 already appeared on TENAA, showing off the first pictures of the device and many of its specs. Now the Samsung SM-G8750 is also listed on TENAA. Again, we see pictures of every side of the phone and most of the specs are mentioned.

The Samsung SM-8750 will be 5.8-inch smartphone with a Full HD+ resolution (2220×1080 pixels). Also the Bixby button will be available. It runs on Android 8.0 and features a 16 megapixel main camera. The front camera comes with 8 megapixels of resolution. Videos can be recorded in Full HD resolution. 4K support seems to be lacking.

The smartphone will be powered by a 2.2Ghz / 1.9Ghz octa-core processor with 4GB of RAM and 64GB of storage memory. Likely to be the Qualcomm Snapdragon 660. A 3.000 mAh battery will be built-in. The Dual SIM smartphone also offers VoLTE support and will be available in the color black. Dimensions: 148.9×68.1×8.0mm. Weight: 155 grams.

When we compare the specs and dimensions with the Galaxy S8, it seems likely this will indeed be the Galaxy S8 Lite. Dimensions, weight, battery and storage memory are exactly the same. However, the camera differs. TENAA describes a 16 megapixel camera with Full HD video. While the S8 features a 12 megapixel camera and records 4K videos.

The new Samsung smartphone is likely to be announced any time soon.