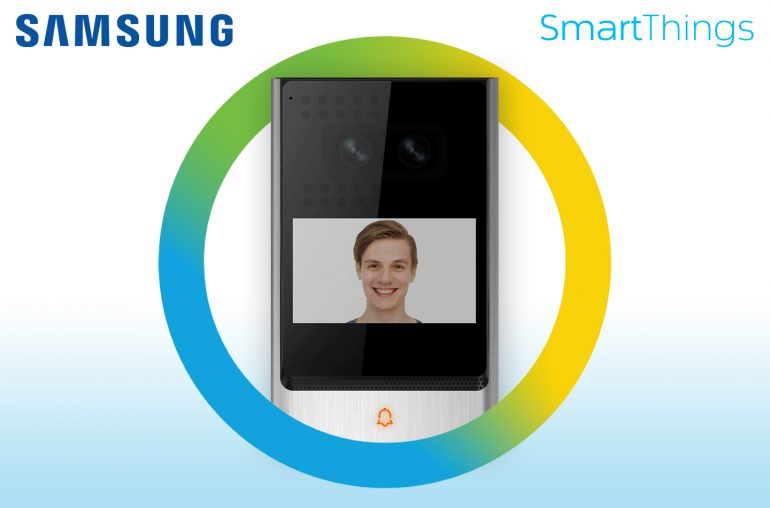 Samsung patents smart video doorbell with display and dual camera. Works most likely in combination with the SmartThings IoT platform.

Mid-2014 Samsung Electronics bought the American technology company SmartThings. Since then SmartThings has become the IoT platform of Samsung. With the corresponding smartphone app users can control all kinds of smart home devices, including for example a smart doorbell.

Several video doorbells have been introduced in the past year, among them is the Ring Video Doorbell Pro. This popular device can also be used with Samsung SmartThings, to connect the doorbell with your smartphone or tablet. A new design patent from Samsung shows that the Korean manufacturer is also working on its own smart doorbell with camera and display. 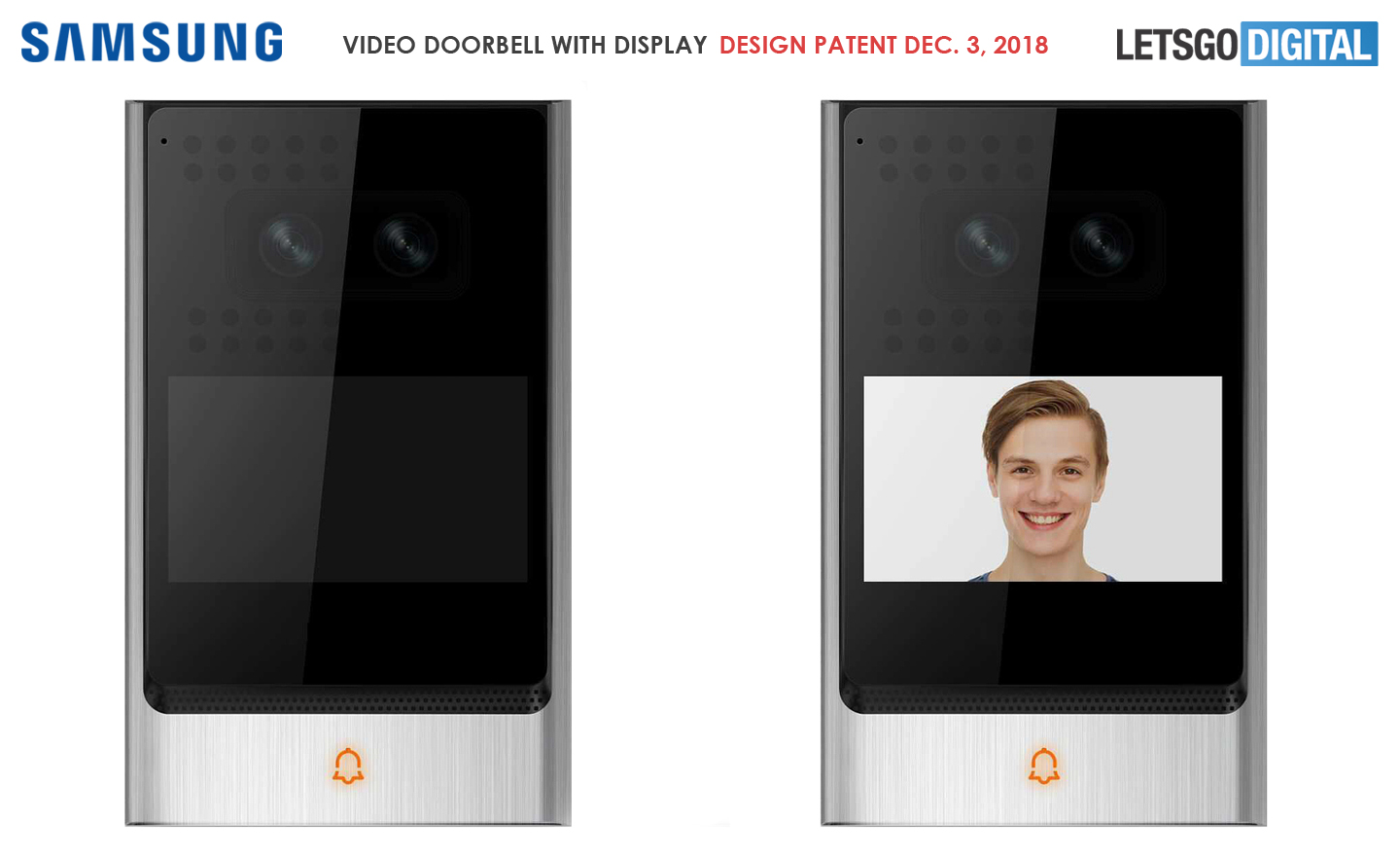 The design patent was filed on November 27, 2018 by Samsung SDS with KIPO (Korean Intellectual Property Office). The patent was published on December 3, 2018 and shows, in addition to seven design sketches, two color images of the doorbell.

The rectangular design is characterized by a display. When a person shows up in front of your door you can turn the display on, so that this person will also be able to see you. In addition, the doorbell is not provided with one single camera, but with a dual camera.

The design patent does not provide any further information about the functions. But it seems likely that you can keep a close eye on whoever is at your door, via the camera and the push function. You can then immediately speak to this person via the microphone.

Samsung is not entirely new in this market. The Korean electronics giant also has a SmartCam in its portfolio, this is a wireless home monitoring system with a video doorbell. It seems possible that we will hear more about this smart doorbell at the beginning of January at the CES 2019.

Here you can find the design patent from Samsung.