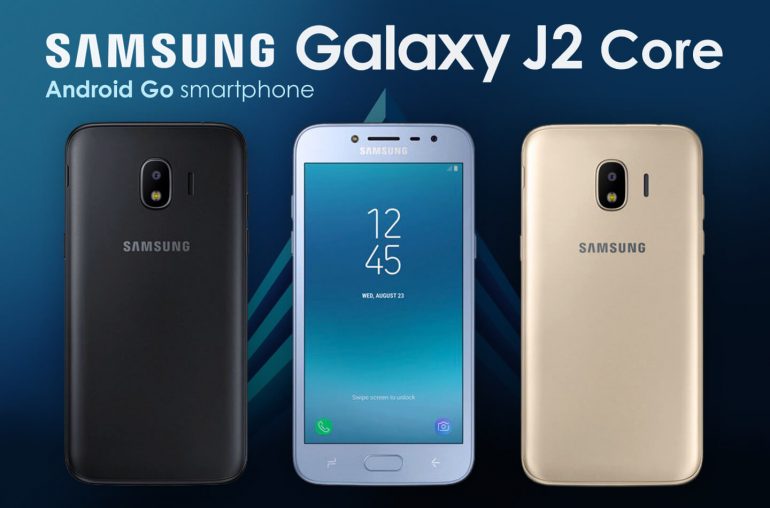 Soon Samsung will renew its Galaxy J-series. In 2018, the Galaxy J4 and J6 models are expected. But that’s not all, there are plenty of more Samsung smartphones in development. Today we discovered a trademark for the unannounced J2 Core.

Samsung Electronics submitted the trademark application on 4 May 2018 with the Korean KIPRIS. The trademark is categorized as ‘smartphones; mobile phones’.

HMD Global has already announced the Nokia 1, this budget phone also runs on the Android Go operating system. This relatively new Google OS is optimized for smartphones with limited hardware. Alcatel and ZTE also have an Android Go smartphone in the portfolio.

The benchmark test further revealed the Samsung Galaxy J2 Core (SM-J260G) will be powered by a 1.43Ghz quad-core Snapdragon 7570 processor with 1GB of RAM. It runs on Android 8.1 Go Edition. The cheap smartphone can be launched anytime soon.