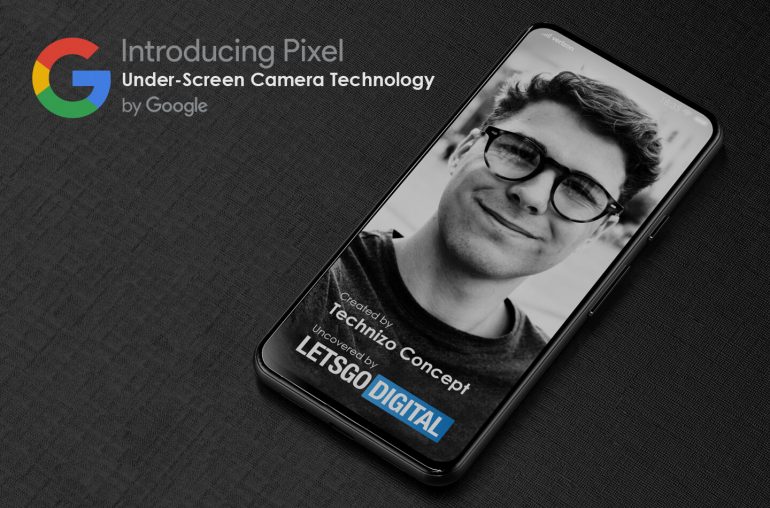 Smartphone manufacturers have invested heavily in reducing the bezels in recent years, in order to create a beautiful edge-to-edge display. However, this poses some challenges, in particular because there is too little space left to integrate the front camera and sensors in the bezel. Currently, a punch-hole camera system is widely used, a small hole is made in the screen to accommodate the selfie camera.

The next step is the under-screen camera, as ZTE has already implemented with the Axon 20. It is expected that several phone manufacturers will release their first smartphone with a under-screen camera this year, including Samsung, Xiaomi and Oppo. Nevertheless, this new technology is not so easy to apply, without compromising image quality. Google has come up with an ingeniously solution, according to a new patent.

In mid-September 2020, Google LLC filed for a patent with the World Intellectual Property Organization (WIPO). The 23-page documentation entitled “Full-screen display with sub-display camera” was released on May 6, 2021 and describes a Google Pixel smartphone with a front camera embedded under the screen.

The documentation makes mention of a Google phone with an OLED display panel. The front camera is placed under the screen. To make this possible, an extra display panel is integrated, an OLED panel with the same pixel density will be used for this.

It is not the first time that we report on the integration of a sub-display to support the under-screen camera technology. At the beginning of this year, Samsung filed a similar patent. However, Google wants to integrate this auxiliary display in a different way.

The camera sensor and lens are placed under the screen. The second screen is placed directly opposite the camera, it is located under the main screen. A prism or mirror is placed between the camera and the auxiliary display – as illustrated in the patent image above.

When the camera is not in use, the content displayed on the second screen is reflected through the prism on the main display. As soon as the camera is activated, the prism rotates in such a way that incoming light can reach the camera, enabling the user to take high-quality photo and video recordings. The optical module is shielded by a window that is about 2 to 3 mm in size, according to the documentation.

The small auxiliary display also contains three sensors. The type of sensor can be further determined, such as an ambient sensor, a proximity sensor and / or an IR sensor. The latter can be used to enable 3D face detection.

With the Google Pixel 5, Face Unlock was omitted to make way for a fingerprint sensor. Nevertheless, it was indicated at the time that Face Unlock may return in future models. 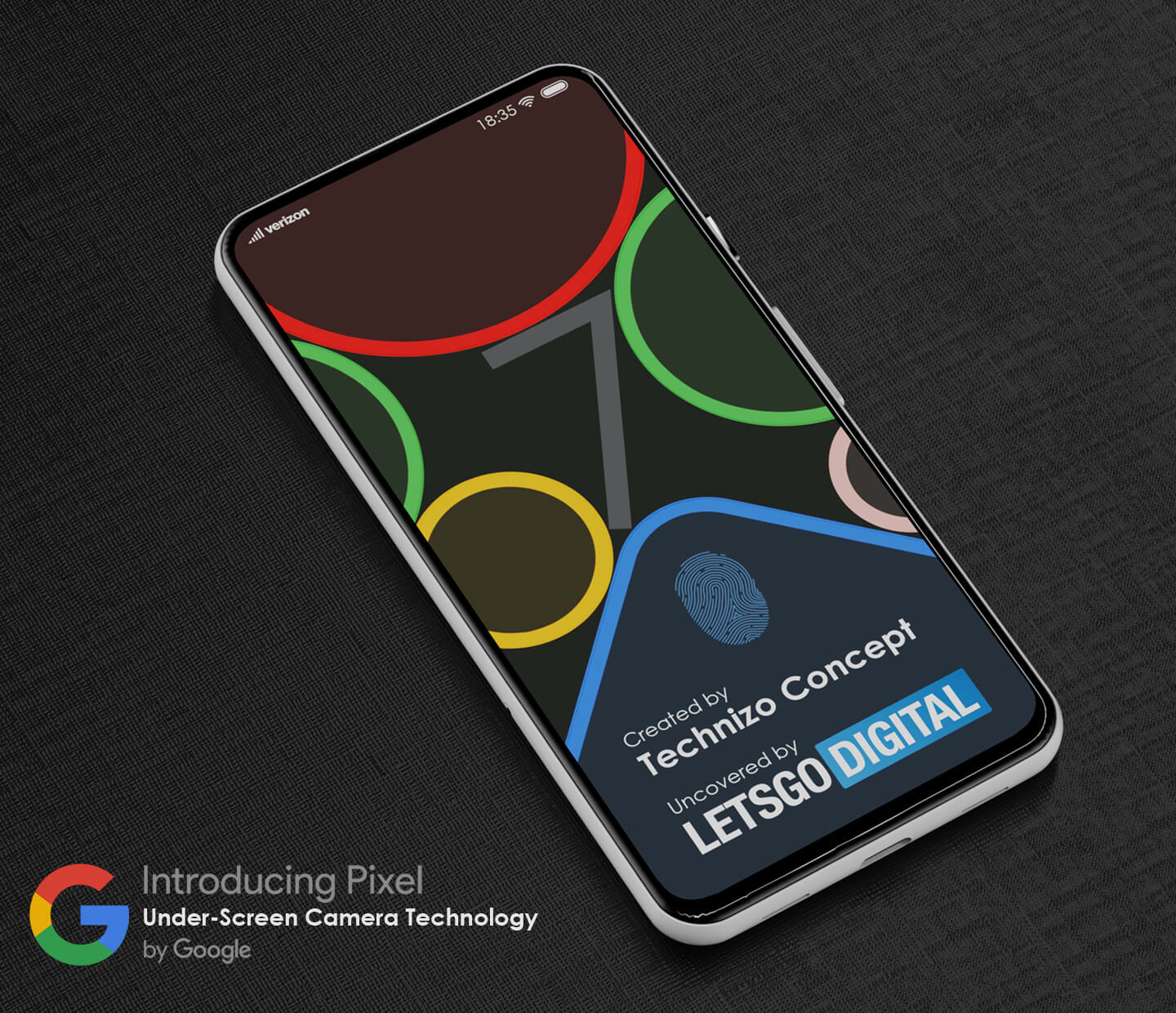 For the time being, it remains unclear when the first Google smartphone with an under-display camera will be announced. It was briefly assumed that the Google Pixel 6 (Pro), which is expected in the second half of 2021, will have such a new type of selfie camera.

Recently, however, the first product renders of this device appeared online, showing a punch-hole camera system. This may mean that we have to be patient until 2022 when the Google Pixel 7 series will be introduced.

However, there is another option. In December last year, display analyst Ross Young reported via Twitter that Google will present its first foldable smartphone in the second half of 2021. Details about this device are still very scarce, but Google may see an opportunity to equip its folding phone with this new camera technology. Just as it is expected that the Samsung Galaxy Z Fold 3 will also have an under-display camera, this foldable phone is expected around August 2021. In any case, it doesn’t seem to be the question as to whether Google will launch an under-screen camera smartphone, but when …

Here you can take a look at the documentation of the Google smartphone with under-screen camera.